PC or Mac? The Ultimate Guide for Freelance Photographers 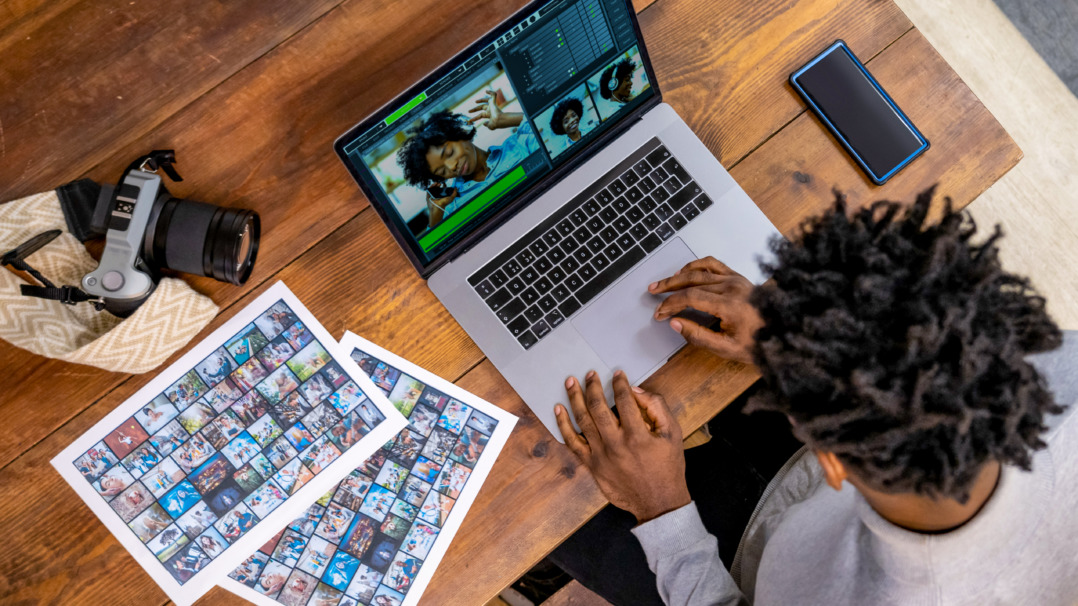 Personal computers and Apple Mac computers can both be powerful and capable additions to a freelance photographer’s arsenal. Both platforms are capable of a top-quality level of photo editing. So, it isn’t always easy to choose one platform over the other because there are so many different specs, facets, and features to consider.

Photographers who are looking to choose between PC and Mac for their businesses need to consider aspects like:

...and a host of other pertinent considerations that apply to their specific operations. Hardware and cost are some of the most important factors that should influence your purchase decision.

Let’s explore the pros and cons of both PC and Mac in a freelance photography context to determine which one is best for you. 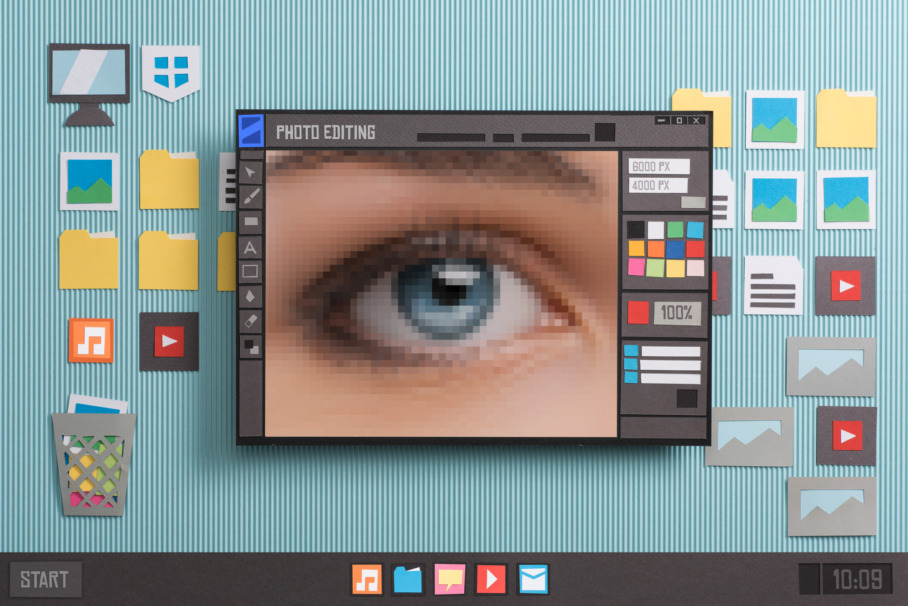 Delving Into the Hardware

Computer hardware is a crucial aspect of any personal computer, especially for use in a professional setting. Both PC and Mac offer robust hardware, but there are notable differences to take into account.

Older Apple computers that ran on IBM PowerPC processors differed greatly from modern-day PCs, but now that Apple has switched to Intel, these differences are negligible at best. Both Mac and PC can run Intel CPUs of similar processing power.

PCs’ architecture is somewhat more flexible as they can also run AMD CPUs, but this does not offer a major advantage. Ultimately, Mac and PC offer comparable levels of raw power and equally capable systems in general.

When it comes to Mac, there is one disadvantage to bear in mind. They’re designed and manufactured exclusively by Apple and their partners. While thousands of different companies manufacture PCs and their components.

This means that Mac motherboards, which house the RAM, CPU, video card and other connections, are designed by Apple engineers, and come fitted with custom firmware and BIOS that makes them exclusively suitable for Apple hardware.

These components may be designed for Apple computers, but they are often manufactured and assembled at different plants and facilities. Aside from motherboards, Fusion drives, and Apple-specific hardware parts, all other components (like video cards, RAM cards, HDD, SSD etc) are sourced from third party PC component manufacturers. 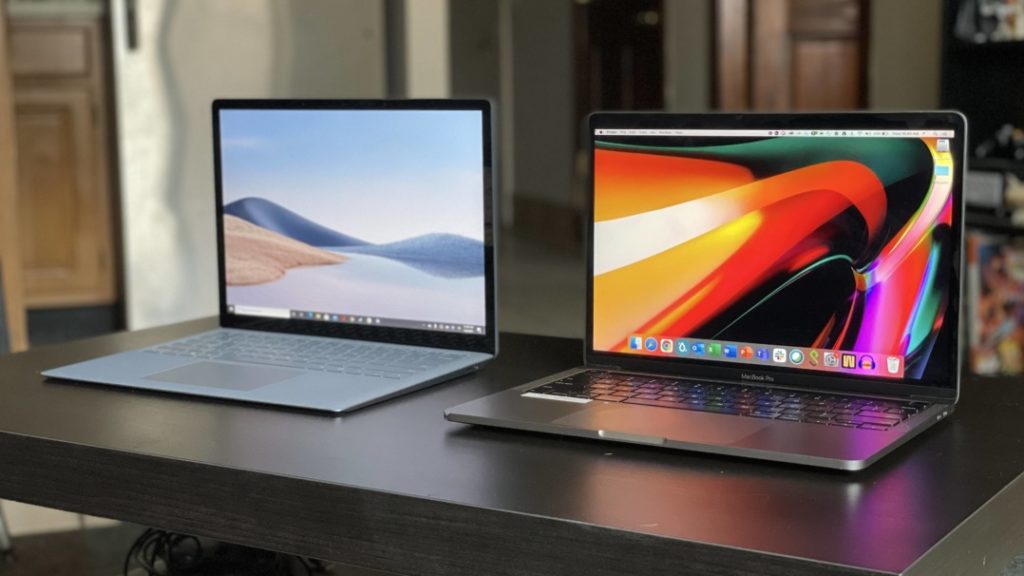 This lends Mac a disadvantage due to potential timing issues and the heavy reliance on R&D resources. When a new component or PC model comes out, it’s usually available to the wider market instantly. In Apple’s case, it is not that simple. Product redesign, integration, the development of firmware, and testing all need completing before a new product is released, and all of these processes take time.

In simpler terms, when Intel announces a new generation of microarchitecture, photographers can buy or build a new PC based on the same architecture. If they use Mac, however, they have to wait patiently until new machines are announced to the market.

Timing is not always essential for everyone. But it’s important to note that hardware, software and how they interact are all crucial aspects of a computer’s overall performance and stability.

One of the biggest advantages of using Apple products is their fluid integration of software and hardware. They’re designed for use together. Mac tends to be regarded as more stable than PC for this exact reason.

When you choose to use a PC, you deal with numerous CPU manufacturers, motherboard manufacturers, and other companies whose products all offer different feature sets. These components all need to be able to work together well, but this isn’t always the base. Drivers and firmware filled with bugs can seriously impact the performance of your PC, and can be challenging for the average user to deal with.

PC users also need to run frequent driver, firmware, and OS updates to keep their systems running smoothly. When things go wrong, as they do sometimes, the most effective method to reboot the system is usually to reinstall the operating system entirely.

Mac users don’t often face these challenges, as their firmware, software and driver updates are all delivered in single, uniform packages and are not affected by independent third-party components.

Generally speaking, this makes Mac superior to PC in regards to software integration. However, Microsoft is bridging the gap by aligning its hardware manufacturing practices with its Microsoft Surface technology. Now, just like Apple, Microsoft can optimize its operating systems and drivers to work seamlessly with specially selected hardware to offer great stability and performance. 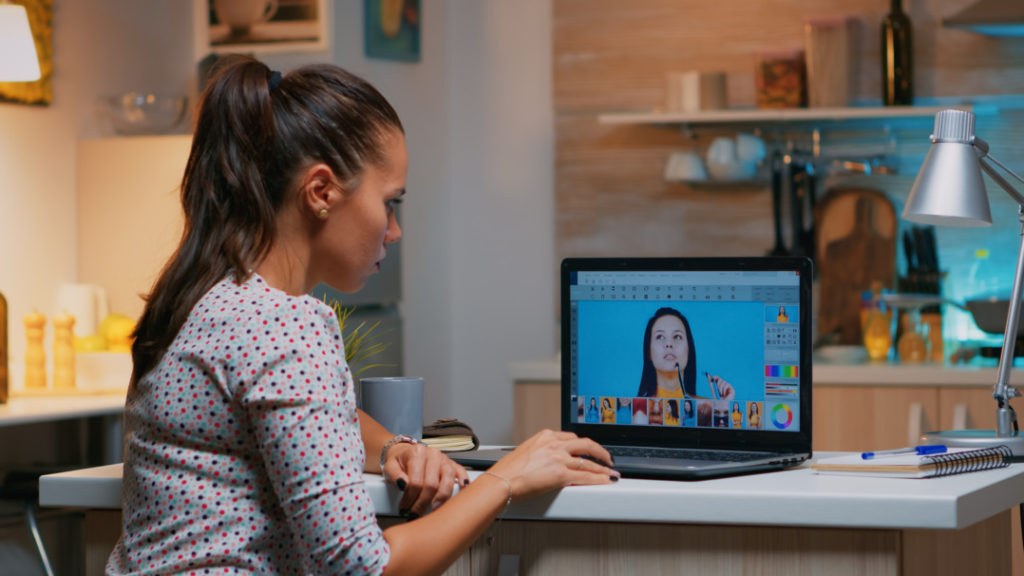 PC users can run virtually any operating system they like on their computers, from Windows to Linux, Unix, Ubuntu and even Mac OS. Macs, however, are designed to run on Mac OS alone. It is possible to install Windows alongside Mac OS and recreate specific hardware components using Boot Camp, but the support and stability will be absent.

Thus, PC users have the advantage in this arena, as they are free to choose any operating system that suits them.

No freelance photographer wants their intellectual property compromised. Both Mac and PC operating systems offer great security. They both demand admin privileges for installing software, prevent the instant launching of downloaded and .exe files, and are protected from unwanted modifications.

Apple is particularly well known for its easy-to-use operating systems and its ergonomic device designs. Apple’s Magic Trackpad is a particular favorite among photographers, editors and visual artists that offers an intuitive way to use hand gestures to control your work at a fine level.

PCs’ ease of use largely depends on the operating system you have chosen to install. Photographers may find Windows easier to use than a Linux distribution, particularly if they have limited experience with the latter.

In terms of hardware ergonomics, the design and physical ergonomic properties of your PC will largely depend on the components included in its build. Or the components you have chosen to add to it. This does offer some advantages, as if you are building your own PC, you can pick and choose components that will best suit your needs as a photographer. 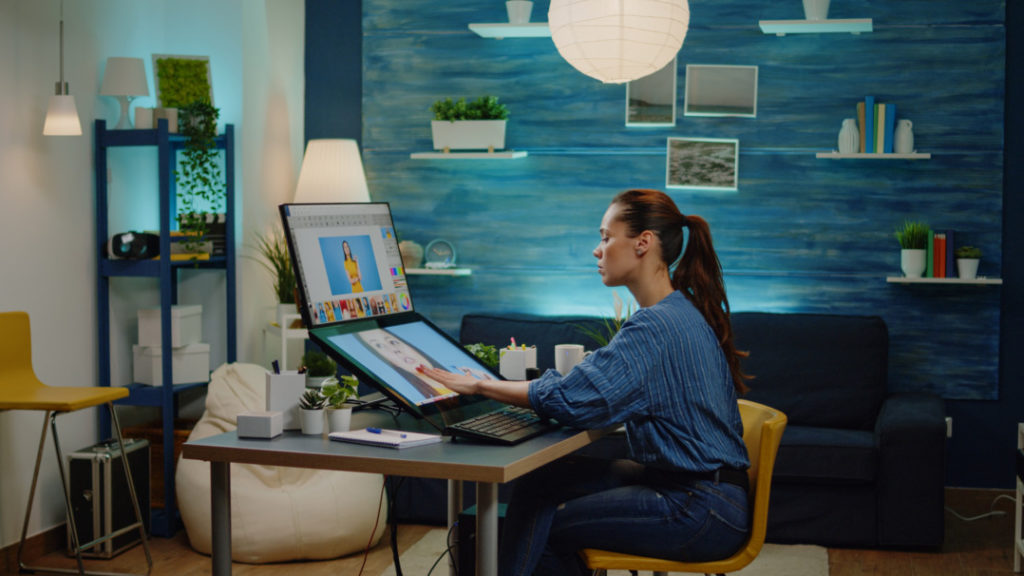 While Apple does have a good deal of hardware and software-related advantages to offer, its products tend to fall short when it comes to upgrade options. Once you buy a Mac, it’s usually easier to replace it outright than to upgrade its components. It’s possible to upgrade your Mac’s RAM and hard drive, but that’s as far as it goes.

PC users, on the other hand, can regularly buy new components and add them to their future builds with relative ease and with relatively low expense. It is significantly more cost effective to upgrade a motherboard with a new CPU than it is to buy a whole new Mac.

Adobe Photoshop and Lightroom are two of the most oft-used editing platforms for freelance and professional photographers alike. If you use either or both of these platforms, you will need a computer that can handle their demands and allow them to perform at their peak.

Macs don’t seem to have any specific advantage for running post-processing software, such as Adobe CC, and buggy releases seem to perform just as poorly on Mac as they do on PCs. Many Mac users have reported that Adobe software runs particularly slowly on their devices, and some have also encountered platform-specific and compatibility problems.

Ultimately, there is not a huge difference in performance between the two systems when running Photoshop and Lightroom.

Apple prides itself on releasing high-resolution screens and displays for Mac, and markets their displays as photography-optimized. However, many photographers feel that Apple monitors are not perfectly suited to accurate calibration and color reproduction.

Their display quality has improved over the past few years, and Apple screens are certainly suitable for freelance photographers’ purposes. But they do tend to lag when compared to more professional monitors.

Many Mac models, including the iMac, have very limited display calibration settings. Apple monitors have reflecting surfaces, which makes them difficult to work with in bright environments.

If your line of work demands you work with colors regularly and must do so accurately, you may be better served by a top-tier monitor that can be properly calibrated to your hardware.

The Choice is Yours

In this article, we’ve covered some of the most important factors to consider when choosing between a Mac and a PC as a freelance photographer. There are many other factors to ponder too. You need to consider ergonomic and design concerns unique to your needs, software availability and compatibility, and whether the business tools and templates you rely on are easily accessible.

At the end of the day, both Mac and PC are good options for photographers, especially during the post-processing period. The choice thus boils down to your personal preferences, available resources, and which technology and OS you are the most comfortable using.