How To Use VR Headset With Android And iPhone 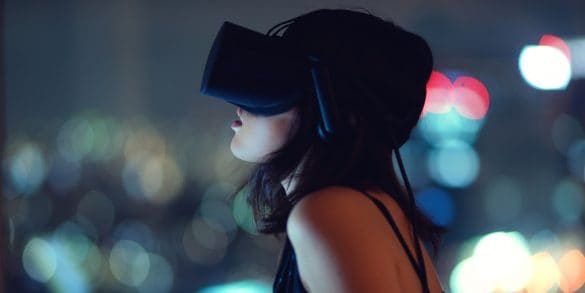 VR is the newest talk of the town. If you’ve seen people with those bulky black goggles on their heads waving their hands as if they’re fighting or dancing or moving, then that’s VR for you. They’re the kind of VRs that are connected to a computer where the games are loaded.

VR seems to be playable only through a powerful PC. Wrong! Newer VR headset models today are a lot more accessible because they allow your phone to power it.

No expensive gaming-spec computer, no expensive program, just a plain Android device and iPhone and you’re set to play.

So how does it work?

First things first. One of the key things you’ll need to play VR is a headset. A VR headset is the bulky black goggles you put on your head. Because they’re so bulky, they look like a scuba diver’s goggles minus the neon colours.

Anyway, a VR headset is where you actually see what’s going on in the virtual world. The wearer’s point of view becomes the point of view of the main character in the game. If you’re playing Minecraft, expect that each movement you’ll make with your head will be reflected on your character. 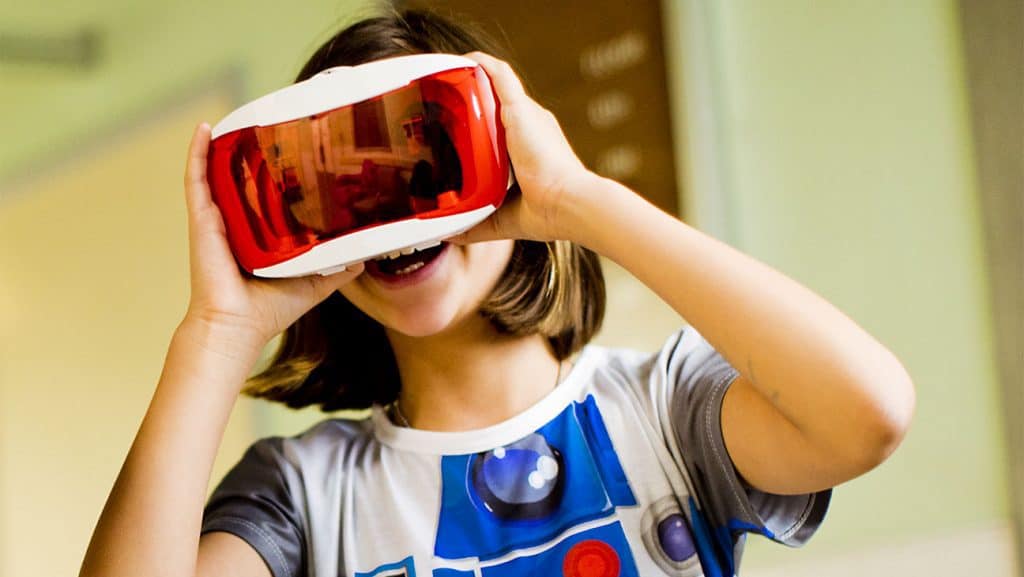 A VR headset needs hand controllers and a good set of headphones to complete the VR experience. For one thing, you can’t control anything without those hand controllers.

Plus, a good set of headphones will make sure that you feel like you’re actually in the game by making those sounds as real as possible.

VR Headsets for Your Phone

As mentioned earlier, there are more accessible and affordable VR headsets today. You can even get your hands dirty and make a DIY model! Those headsets are the ones where you can attach your iPhone or Android phone in order to play.

One of the most popular VR headsets is the Samsung Gear VR. This headset is compatible with the S6 and S7 series of Samsung as well as some of their newest Note models.

At $100, you can get an affordable VR experience where you can browse a number of games at Samsung’s Oculus Home software. If anything, the Samsung Gear VR is the headset that helps make VR more mainstream.

Of course, Google will always have something to say about any new technology. Google Cardboard is literally the most unique headset out there for one simple reason - it’s made out of cardboard.

If you’ve heard about those Nintendo Switch cardboard add-ons, then you know that it’s the same concept (although it’s not really proven who copied who). Google Cardboard can be used by both Android and iPhone, and it’s very affordable. If you don’t have a Samsung phone, this is where you should start. 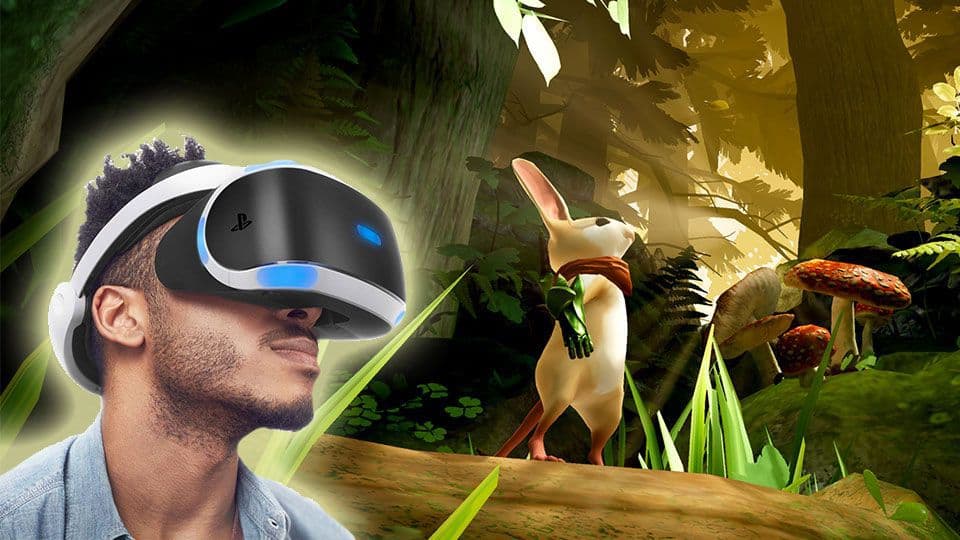 Lastly, you have Merge VR Goggles. This headset allows you to play using either Android or iPhone and it’s probably the most comfortable VR you’ll use. It’s so comfortable people dub it as the “marshmallow goggles”.

It’s made out of foam that can follow the form your face, so you feel more comfortable with the headset. It also comes in 10 refreshing pops of colour, so it’s an excellent choice for kids and teens.

Which Phones are Compatible?

Lucky for you, there are a lot of smartphones that are compatible with VR headsets for mobile phones. To give you a clue, Samsung’s S10 series is an excellent choice for VR.

There’s also all the Google Pixels starting from the 2nd generation model. For the iPhone, all the phones from the iPhone 6 and above can be used for VR.

It’s hard to list down all the phones that are compatible; this post will be too long if they’re all listed here. But to help you out here’s what you have to know: each VR headset has its own compatibility features.

How to Set Up Your iPhone and Android

If you already have a VR headset ready, then it’s time to set it up. Don’t worry, these steps are pretty easy to understand so you’ll be playing in no time. 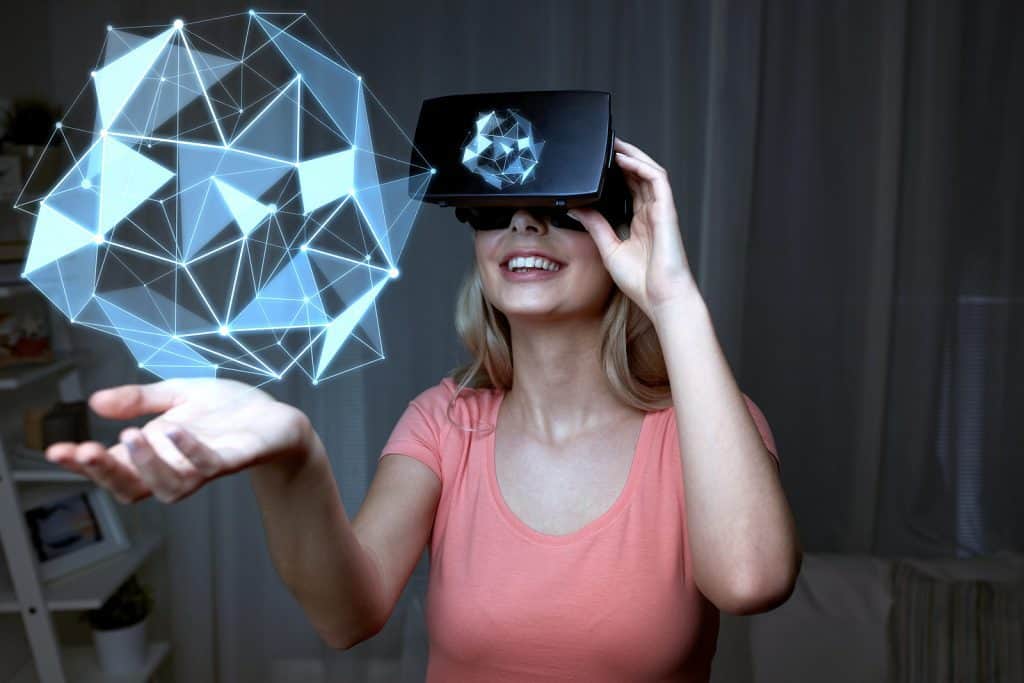 If you don’t have a VR app yet, you can download it on the Google Play Store or the App Store. Just search “VR”, and you’ll find VR apps that you can install. There are also apps that will check if your phone is VR-compatible.

After you download, place your phone on the headset. Some VR headsets can be opened from the front. Place your phone with the screen facing you. Make sure that your phone is fitted well in the mount.

If your phone doesn’t fit, remove the protective case before mounting it. Don’t close and wear the headset just yet.

Once the VR app is already opened, you will see a line in the centre. This line represents half of both screens. Align the line to the centre of the mount on your headset, so you have equal views of both the right and the left.

Once everything is aligned and connected to the headset, it’s time to wear it. Just like wearing ordinary goggles, place the VR headset over your head and adjust the straps until it comfortably wraps around your head.

Make sure that the straps are not loose by moving your head to the sides.

Finally, you’re all set up. It’s time to play a game. Have fun and try not to hit anyone!