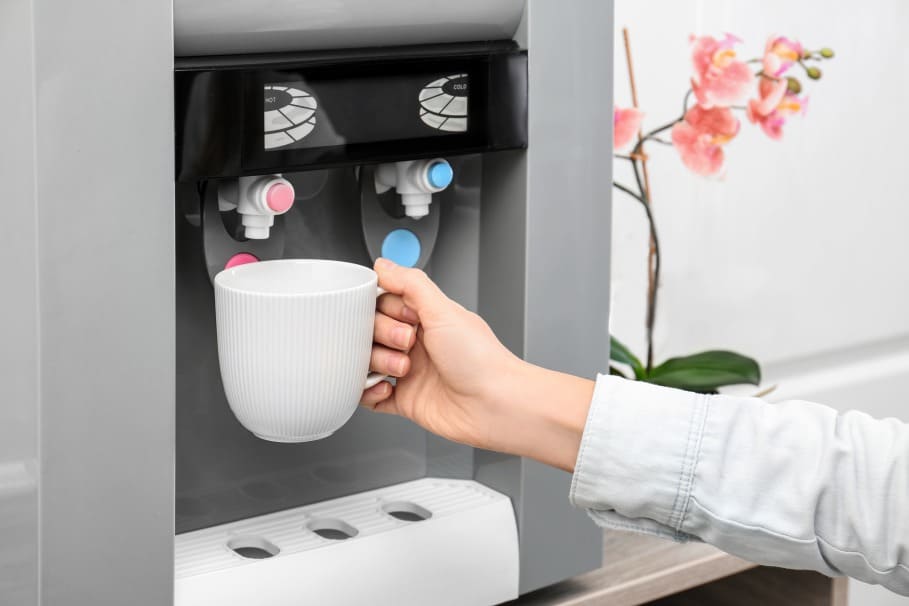 Not sure how can you clean and descale a hot water dispenser? Let's find out...

Have you ever woken up in the middle of the night because you’re hungry and all you had left is a cup of instant noodles? If you have, then you know how convenient having a hot water dispenser is. Without a hot water dispenser, you would have to boil water in a pot and nobody wants to do that late at night. 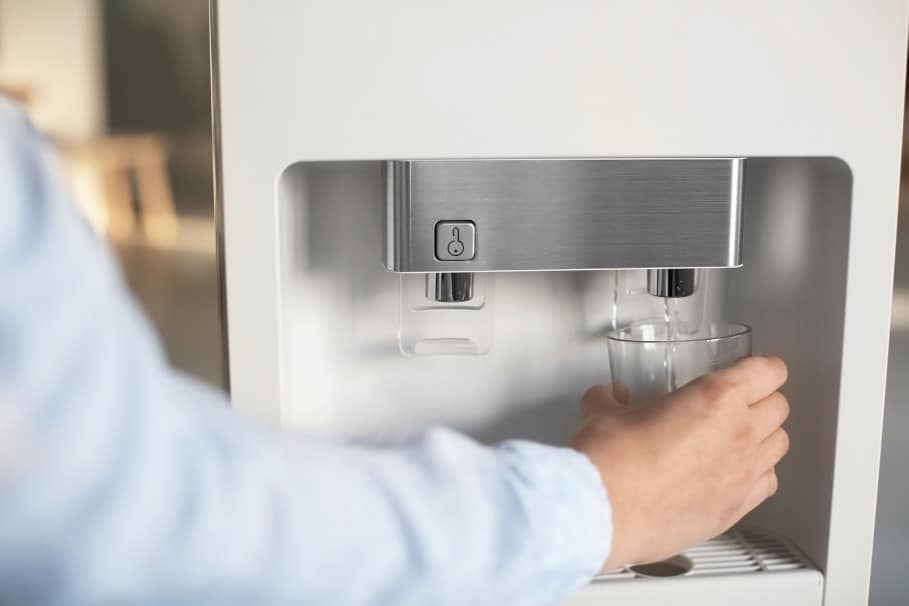 Why? It’s because some minerals from the water you boil stick to the internal components of your dispenser. If you live in a place with hard water (water that has a lot of minerals in its composition), chances are that some of its minerals stick to the water dispenser. The residue left in your dispenser is called limescale. Limescale is made up of calcium and salt.

Effects of Limescale on a Hot Water Dispenser

There are two main effects of limescale in water dispensers. First is damage. While limescale is not harmful, too much of it can damage the internal components of your hot water dispenser. If those components are damaged, then some of the chemicals in them can be mixed with your drinking water. Now that’s harmful! For sure, nobody wants to get poisoned because of the chemicals from a damaged dispenser.

The second bad effect is energy inefficiency. Aside from being bad for your health, the limescale can actually make your hot water dispenser inefficient. This is mainly because the limescale stick to the components making it more difficult for the dispenser to heat the water. When your dispenser is struggling, it will use more energy to heat up the same amount of water. In effect, you use more electricity causing your energy bill to increase.

How Do You Descale a Hot Water Dispenser? 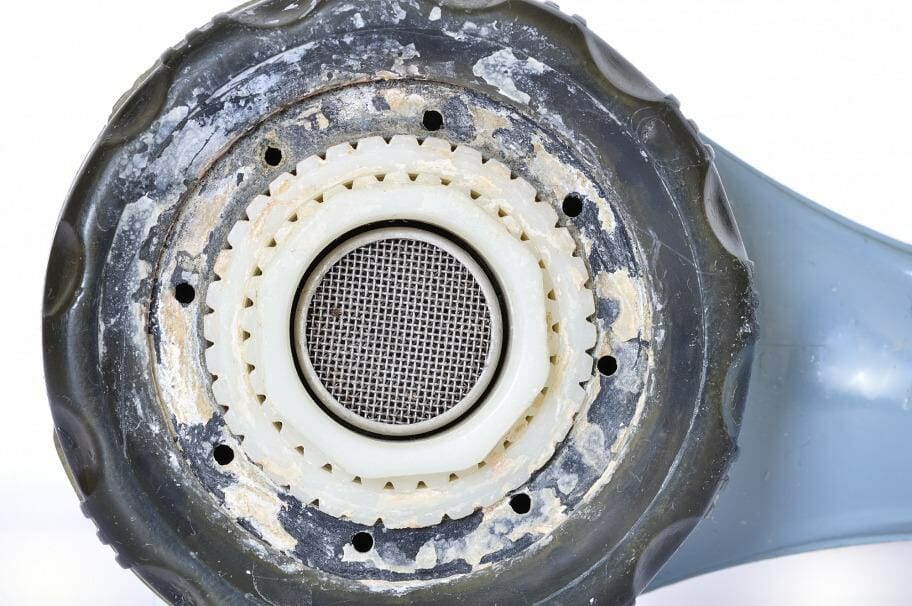 It’s all settled - you need to maintain and clean your hot water dispenser regularly. If your area uses hard water, then you need to clean it more often than usual especially if you use it regularly. Don’t worry, the most number of cleaning you will do is once a month, so it’s not that bad.

While there are so many different hot water dispensers, it’s impossible to list down all the unique ways to clean them. However, there are a few steps that are generally the same for all dispensers. Here they are:

The first step is to fill the water dispenser with clean water. Make sure that you don’t go over that max level of water it requires. Place an empty cup on the tray as well. Once it’s filled, turn on the dispenser and let the water boil. It will dispense water to your cup just like it normally does.

The second step is to add the descaling product onto the hot water in the cup. Depending on your water dispenser, you might have a descaler already included in the package. If not, then the manufacturer itself might be producing one already. If that’s still not an option, you should just buy a descaler from a different store or from online shops.

Once you’ve added the descaling product, stir the hot water until it’s diluted or dissolved in the water. Pour the solution back again to the dispenser.

When the water has reached the minimum level, discard the remaining water in the dispenser. Rinse the dispenser by filling it with clean water, boiling it, and discarding the water cup by cup.

When you’re done, don’t forget to clean the outside of the dispenser, too. You can do this by simply washing it the same way you would wash a plate - with soap and water. When you’re done with that, wipe it with a dry towel and let it sit on the table ready to be used again.

What If There are No Descaling Products Available? 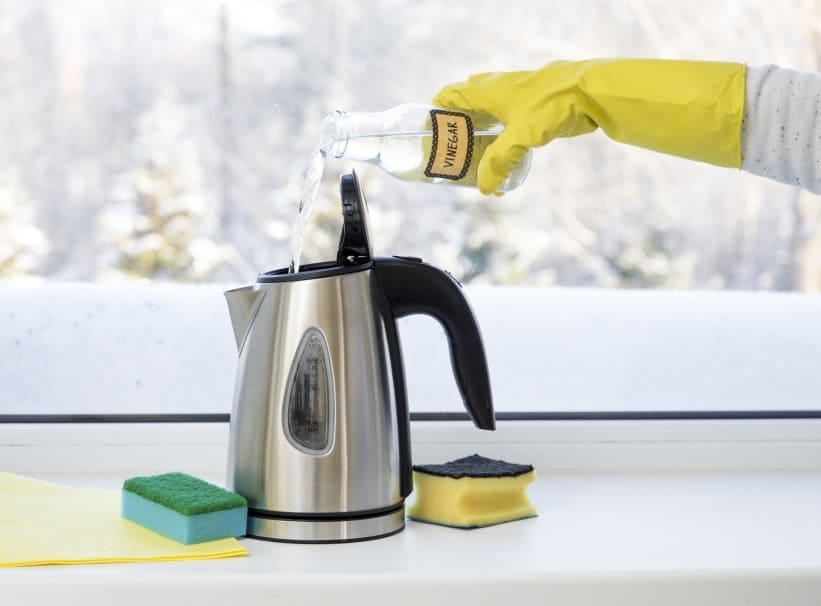 With descaling being a must-have item for maintaining a hot water dispenser, it’s impossible for manufacturers to run out of it. However, if you don’t have one at home and you really need to clean the dispenser, there are some alternatives you can use.

One popular alternative is vinegar. It’s best to use the basic white vinegar to avoid additional stains. The ratio of vinegar to water (the water in the cup, not in the dispenser) is 1 is to 1. This means that if you’re using a cup of water, then you will need the same amount of vinegar.

Another alternative is citric acid. Citric acid is relatively common and you can buy them from a pharmacy. You will need 25 grams of citric acid mixed with 500 ml of water.

The process when using either of these two alternatives is slightly different. The main difference is that you place the solution directly into the water dispenser and you let it sit there for an hour. It will take longer than usual, but you can definitely do other things in that one hour instead of observing the hot water dispenser.

Minecraft Dungeons: What We Know So Far