Animal Crossing New Horizons: What We Know So Far! 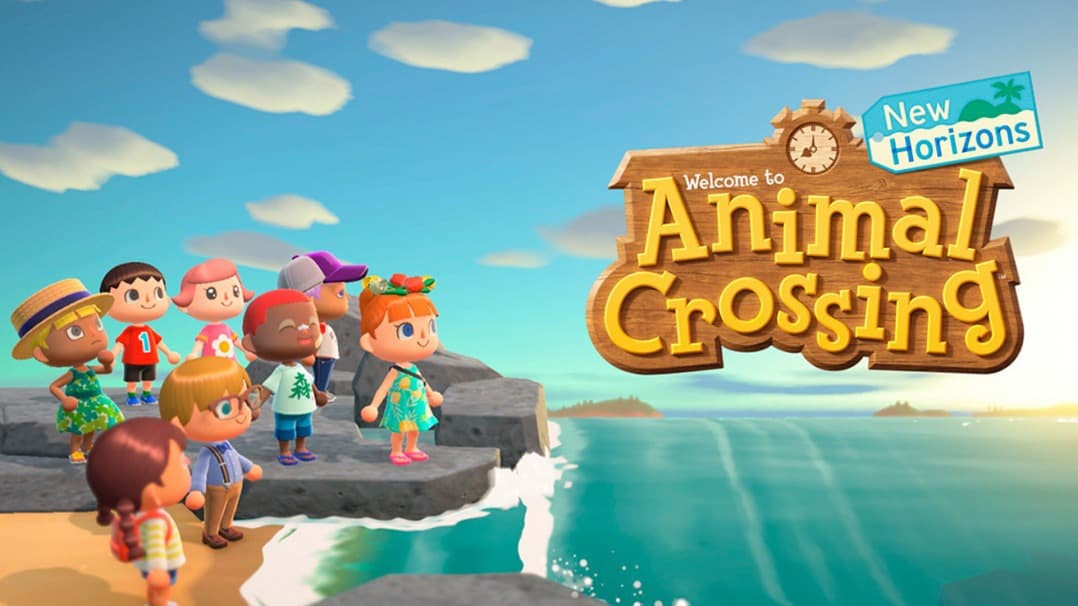 While we've had some spin-off titles released in the past decade, we are long overdue for not only a new main Animal Crossing game but one available for Nintendo's current generation console, the Nintendo Switch.

However, this might all be confusing to you if you don't know what Animal Crossing even is.

Let's take a look at a brief history of Animal Crossing. 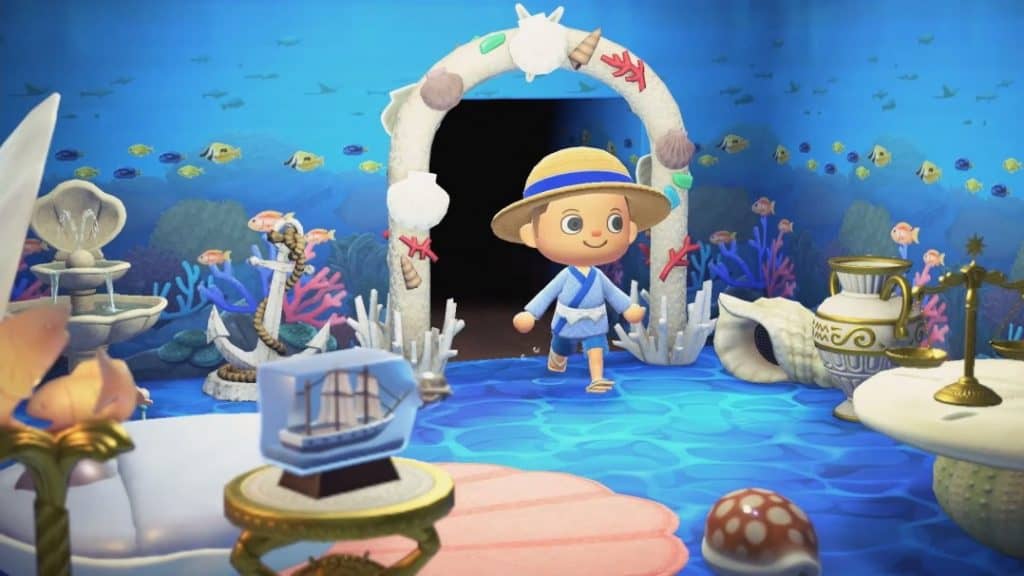 What Is Animal Crossing?

Animal Crossing is a collection of video games from Nintendo that provides a very simple simulation of life through the use of anthropomorphic animals. Many do not know that Animal Crossing was originally released in Japan for the Nintendo 64 all the way back in 2001.

Back in 2001, it was also not even called Animal Crossing, it was called Animal Forest. However, Animal Forest quickly picked up enough popularity in Japan that Nintendo decided it was going to enhance the game and re-package it onto their newest console: the Nintendo GameCube.

Animal Crossing started to release in 2001 in the West starting with North America before finally making its way out to Europe in 2004.

Animal Crossing made its mark due to the fact that gamers at the time were getting so burned out by fighting games and first-person shooters that a simple life simulator was a nice change of pace.

Animal Crossing puts you in the shoes of a customizable character moving into a new village where your neighbours are different animals. This simulator differed from other games at the time where it didn't give the player any real objective other than just progress through the game at your own pace.

What Exactly Do You Do In Animal Crossing? 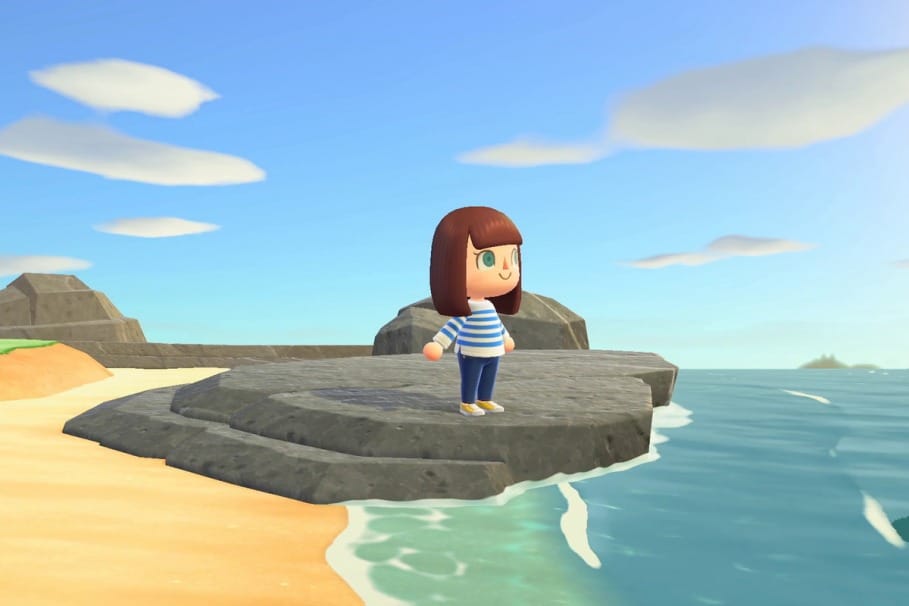 There might not be a sole objective that you need to work towards, but there is a bit of direction when you start any animal crossing title. In the original Animal Crossing title, you're approached by Tom Nook who wishes to sell a house to you.

However, when he finds out you basically came to the village without any currency, he'll give you the option of working off your house by completing various tasks throughout the village.

Once you're finished paying Tom Nook, then you're free to do whatever you wish from continuing to pay on your house's mortgage, buying furniture to decorate the inside of your house, or just doing events around the village.

What Activities Are There In Animal Crossing?

It might seem boring only to be given one task that gives you direction and before getting left to think of other things you can do. However, if you really want to have the main goal in mind, it's to improve your home little by little.

Whenever you start an animal crossing game, you'll have a very basic home that can be completely customizable.

After you're done paying Tom Nook for the house, there is no shortage of activities to do. One fun aspect of Animal Crossing that makes it a little more realistic is, if you're gone for a period of time, your neighbours may actually move or question where you've been.

Depending on how long you were gone from the game, you might even have to squash a cockroach infestation in your house. There is a limitless amount of ways that you can customize your house so that the Happy Room Academy, or HRA, will evaluate your house and award you a certain amount of points depending on how nice it is.

If you're looking for more items, you can always stop by Tom Nook's store. If you're a little strapped for cash, then you can also sell items to him as well. There is also an option for you to pre-order items through a catalogue that are delivered the very next day.

While collecting currency in Animal Crossing is fun, one of the best things you could do is participate in events during holidays. Each holiday has it's own little aesthetic and quirk. For example, during Christmas, depending on what you're wearing, you'll receive an appropriate gift from a reindeer.

During the Halloween event in Animal Crossing, you'll see villagers around town trick-or-treating. The Animal Crossing developers really put a lot of thought into the first game of the series that grew through the proceeding titles up to Animal Crossing: New Horizons, but what do we know about this title coming out soon in 2020?

What Systems Will Animal Crossing: New Horizon Come Out On? 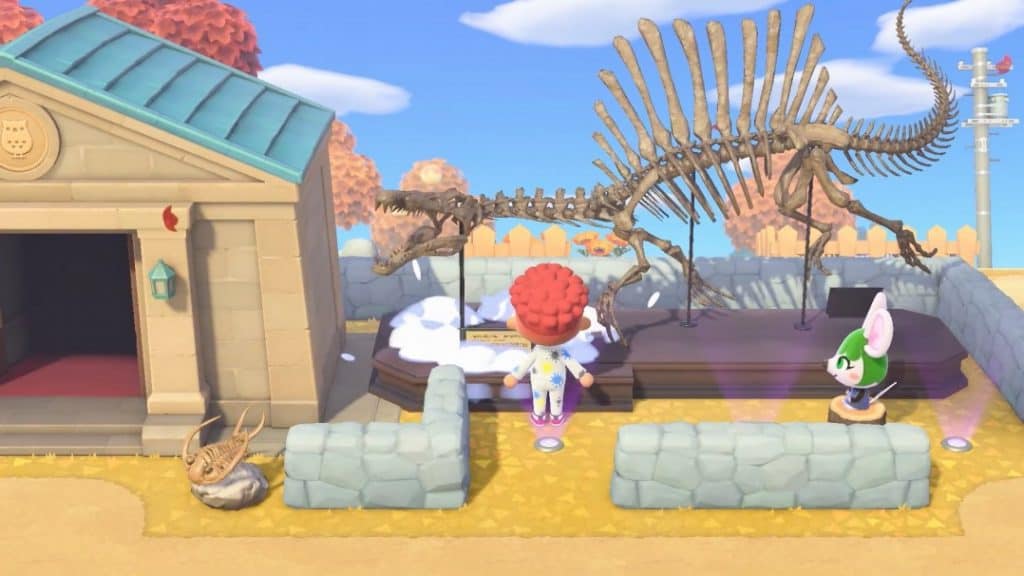 Let's get this question out of the way first. There may have been a spin-off title on mobile phones called Animal Crossing: Pocket Camp, but you're not going to see the Animal Franchise on anything but Nintendo systems any time in the foreseeable future.

A Dream Island Of Your Choosing

Nintendo definitely wanted to try something new when they thought of Animal Crossing: New Horizon. The concept of being in a new place is in the title of the game itself. Our friend, Tom Nook, has moved operations to an island instead of a pre-made village.

When Nintendo Direct happened in February 2020, it showed that the player has the ability to pick from a few different island configurations. You can choose where the island is located as well.

This is a great change of pace from just showing up in a pre-made village.

You can decorate the island however you want and build the house of your dreams on it as well. Something that will be different from the original Animal Crossing games is the ability to put furniture on the outside of your house.

However, keep in mind, Tom Nook still is a businessman, so whatever you spend, you'll have to pay back eventually. 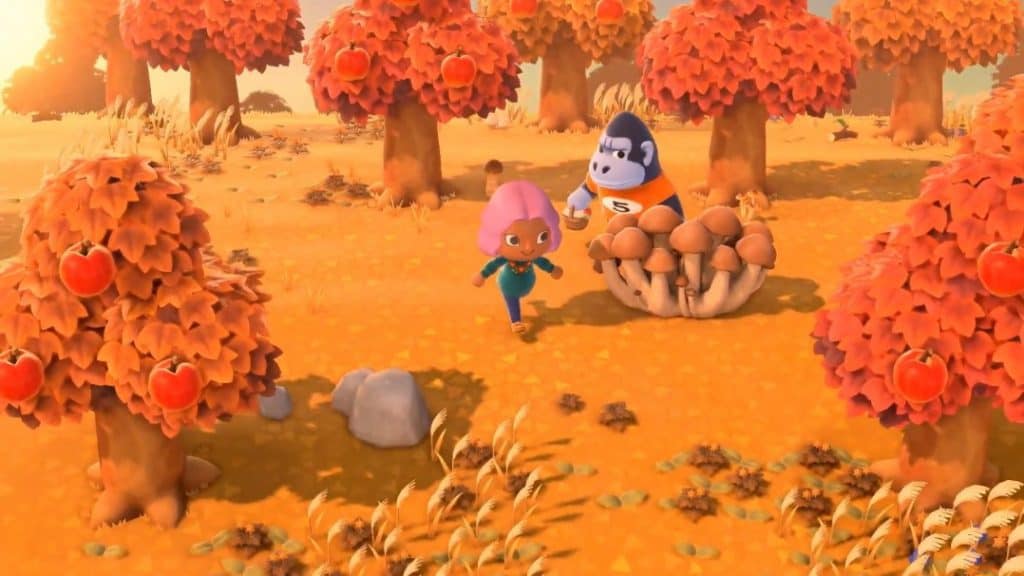 This system lets the character craft a wide assortment of items using materials they find on their adventures from stones to hardwood. You can even use tools to help you gather materials and create all kinds of items to help further your crafting.

Think of a Minecraft-like crafting system in an Animal Crossing game.

However, instead of needing to use the internet to look up crafting recipes, you can use the phone in-game to access recipes. You'll have to use a bit of inventory management as you don't want to just toss anything you might think is junk. You may need these crafting items in the future to make all kinds of new craftables.

So far, all we know about getting new recipes is, you learn the recipes by locating new items as you explore the items or talk to different animals. There also looks to be an option to purchase recipes from Tom Nook's store.

Animal Crossing mildly dabbled in the idea for this type of crafting and gathering mechanics when they experimented with Animal Crossing: Pocket Camp. As you're expanding your way across the island, you'll be able to build everything from clothes to tools.

You can find basic tools with Tom Nook at his crafting station, but we're sure the ones you craft yourself will have a little more quality. There is not too much information on the crafting and gathering mechanics in Animal Crossing: New Horizons, but what we know so far seems to be an exciting change from the previous titles.

Your Island Will Have Seasons 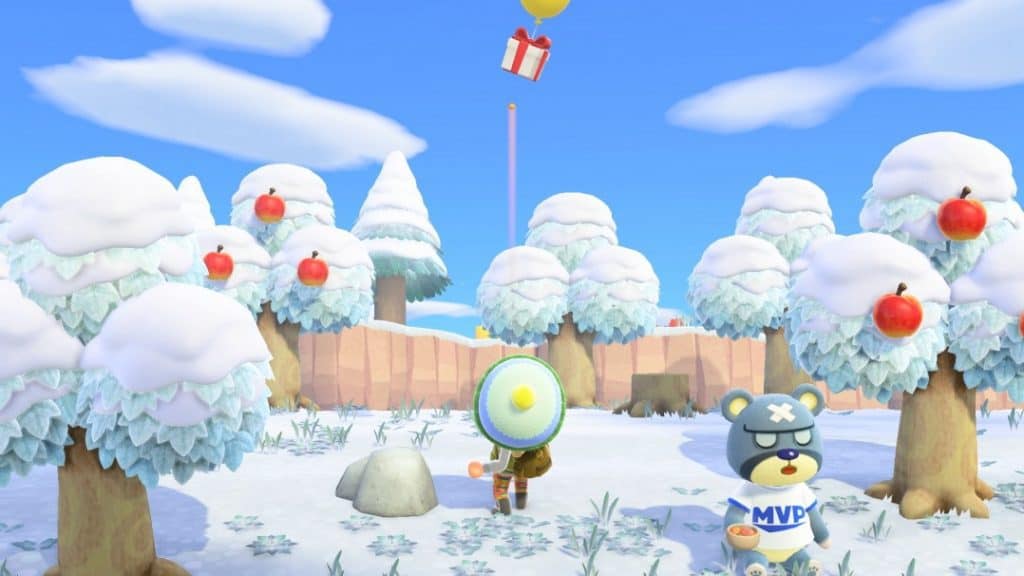 Seasons also had an influence, in previous Animal Crossing titles, on the wildlife and fish that appeared in the village. There were also some events and festivals that only happened during specific seasons.

In Animal Crossing: New Horizons, the seasons will be connected to your real-life clock. Seasons will also match where you actually live in the world, whether it be the southern or northern hemisphere. Each season will give your island a completely new look.

Much like the previous titles, Animal Crossing: New Horizons will affect the type of wildlife that you see around the island. You'll see different fish or bugs in the winter than you would in the Summer.

Also, don't expect to be able to change the time so you can have certain seasons at any given time as Nintendo is looking for ways to keep players from doing that. However, that doesn't mean you can't play with your friend on the other side of the world because there will be multiplayer in Animal Crossing: New Horizons. 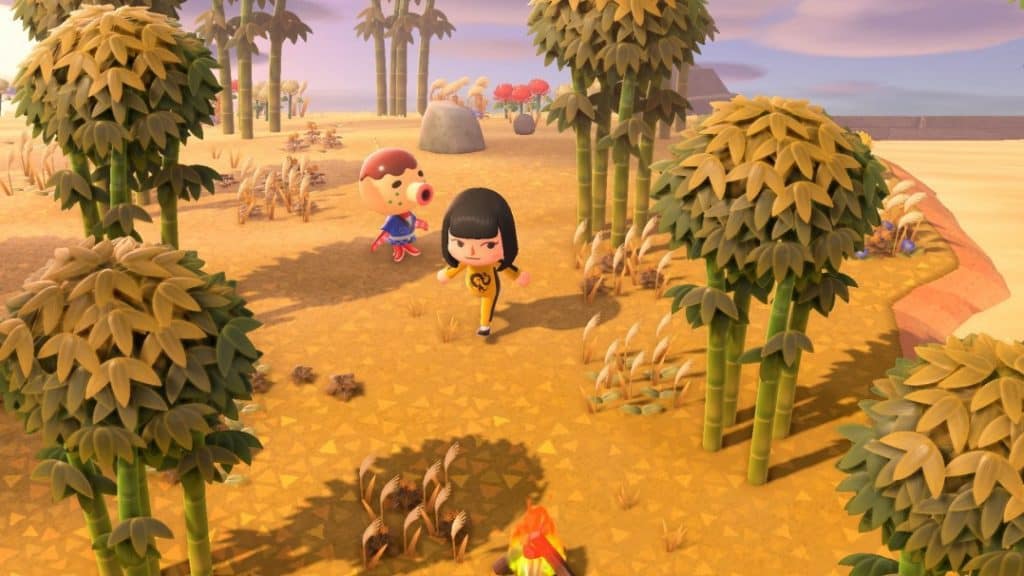 Your phone in Animal Crossing: New Horizons has plenty of features. One of the features that you could use is known as the "Call and Islander" feature which allows you to play with another Animal Crossing player on the same television or console.

While you can have a maximum of eight players on a single island, only four of them can play at any given time. The host of the game can control the camera as well as have other party options. If you're not playing with another player in the same household, you can still play multiplayer with anyone around the world as Animal Crossing: New Horizons will have an online multiplayer mode as well.

However, you'll need to use the airport instead of the phone in order to get to someone else's island. You won't be able to do this right away as you'll have to wait until the first day after your first adventure through the island.

However, you'll have to collect Nook miles in order to travel to different islands. Nook Miles can be purchased from Tom Nook himself, but you'll be able to keep everything you find on another player's island.