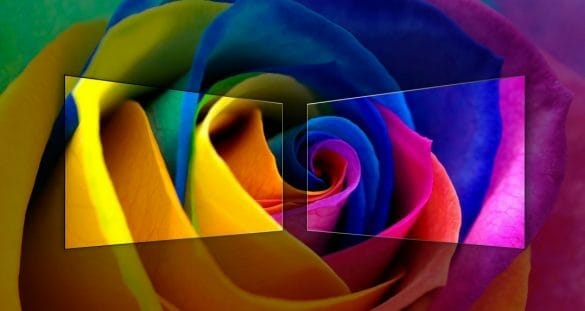 Shopping for a brand-new television can be very challenging. You need to consider a wide array of factors, including size, resolution, audio quality, and HDR availability, among many others. One factor that most consumers skip is local dimming.

So, what exactly is local dimming and its impact on your TV-watching experience? We’ll take a deeper look at local dimming and how it is an important criterion when shopping for a brand-new television for your home.

What is local dimming?

There is nothing that can compare to bold, vibrant, and lively imagery that lets you immerse in everything that you put on the television, whether you are watching a scary movie or HD nature documentary. But did you know that the type of LED television you view it on can make a huge difference between a superb cinematic experience or an average viewing experience for you and your family? This is where the local dimming factor of televisions comes in.

In general, LED screens do not feature the contrast ratio potential that one can find in OLED televisions. Given this fact, the images in LEDs do not possess depth and three-dimensional features that are present in other TV technology systems.

Local dimming was a technology developed to enhance the depth and three-dimensionality aspects of LED performance. Through dimming some parts of the screen that should be inherently dark and keeping the bright parts of the screen bright, the viewer (that’s you) can improve the contrast ratio during television viewing. With the continuous advancements in television display technology, the local dimming factors have improved as well. Even in a thinner, edge-lit systems, local dimming has fairly adapted to be optimised in these televisions, too.

What is Edge-lit Dimming? 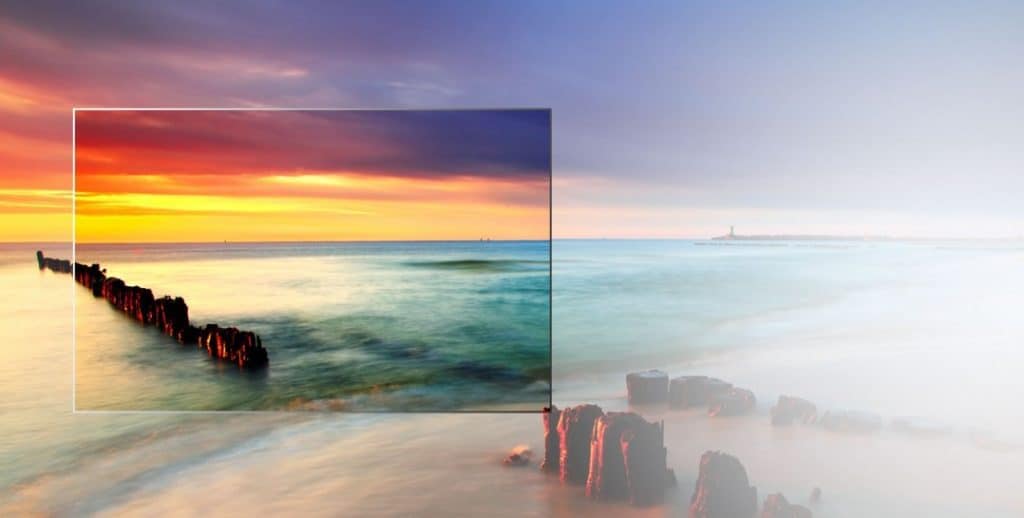 This is the most common type of local dimming that is utilised by TV manufacturers. As the name implies, all the LEDs are located on the edge of the TV, facing the centre of the screen.

In these cases, local dimming is not translated well because although it dims areas of the screen, the dimming occurs on a larger than needed area leading to inconsistent illumination issues.

When properly implemented, edge-lit dimming is known to visibly improve picture clarity though not to the extent of full-array dimming. TVs that come with wide colour features will look better with edge-lit type local dimming.

There are several ways on how to apply edge-lit dimming. You may implement dimming on the right and left, as well as top and bottom, or on all four corners of the screen. The level of performance varies across. But the models with local dimming on all fours are regarded to perform the best. Edge-lit local dimming is the most popular and widely-used technique as they are easier to execute since they only require fewer LEDs than other local dimming methods.

There are TV manufacturers that have successfully tweaked edge-lit dimming into frame-lit or frame dimming. The difference between the traditional edge-lit configuration and frame dimming is that the latter features a lower number of zones. In addition, frame dimming adjusts illumination for a specific area of the screen. The lighting of the entire frame display is changed, too.

Frame dimming is a less powerful dimming method but is proven to be more affordable to produce among TV manufacturers. 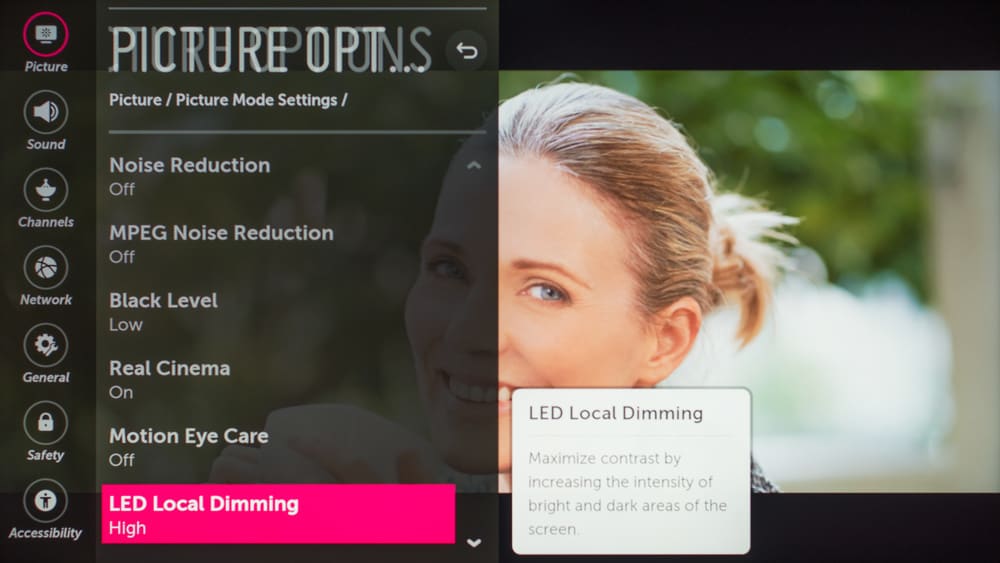 This is the superstar of local dimming. In this setup, the LED lights are sitting behind the screen and not just on the edges alone. A series of individual LED lights are installed behind the LCD panel, all of which are pointing out through the screen. It can dim LEDs whenever needed for optimum black levels, improved image dimensions, excellent shadow details, and reduced light bleed. All these enhancements result in excellent contrast, outstanding picture quality, vibrant colours, and vivid images that produce a high-end cinematic experience. Combined with high- dynamic range (HDR) technology, full array local dimming is becoming more of a necessity for many TV viewers.

In the same way that frame dimming is the cheaper version of edge-lit dimming, micro dimming is the cheaper version of the full-array dimming method. In this case, the background doesn’t dim the background, if at all. What it does is that it varies the contract of various zones in the frame. Tech geeks frown upon micro dimming as it transmutes the original content shown in the frame.

For the sake of technicality, global dimming isn’t necessarily a local dimming feature, but rather just a dimming method. In this case, the images get darker during dark scenes but remain bright when running bright scenes. Simply put, the entire backlight in this setup works as one single light, hence the term global dimming. Of all local dimming methods, this is the easiest and is usually found in most low-end TV models.

The global dimming method only becomes noticeable in a few instances. For example, when a scene contains a full black image or during fade-outs or before the credits start rolling, the display will turn completely black, thus giving the impression that the TV features amazing black levels. When it comes to other scenes with objects in it, the LED lights turn on, and the black level appears no richer nor dark, revealing the real contrast of the television.

What Should You Look for in Full-array Local Dimming Televisions? 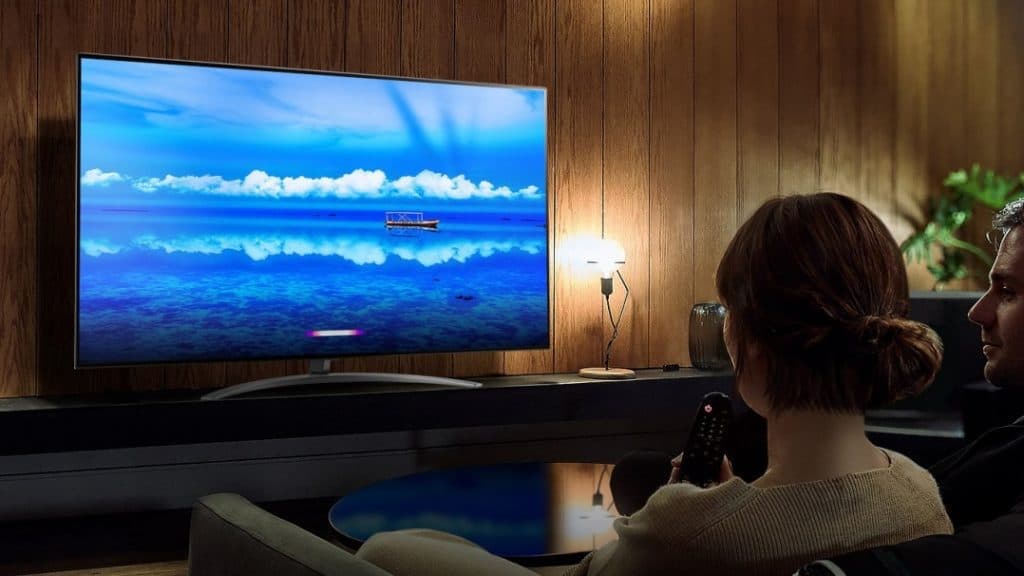 Although the full-array local dimming backlight showcases an amazingly precise picture with outstanding 4K detail, it is also imperative to choose the technologies that will work nicely with this type of local dimming innovation resulting in a full-on cinematic experience.

When combined with an intelligent processing system, your television will reveal authentic colours, intense black levels, and an expansive viewing angle. Other features that will further enhance the viewing experience are high dynamic range format, such as Dolby Vision and Dolby Atmos, to name a few. The intensity of dimming to achieve the perfect picture ultimately boils down to personal preference.

Full-array dimming is the most effective means of enhancing the contrast ratio in LED television displays. Although this means a significant increase in the price of television models, it is a requirement if you wish to have the best HDR viewing experience at home. LG's latest nano cell technology takes full advantage of dimming to deliver near-perfect picture, if you are keen on a new tele!

Ring 2 Vs Ring Pro – Which One Should You Buy?