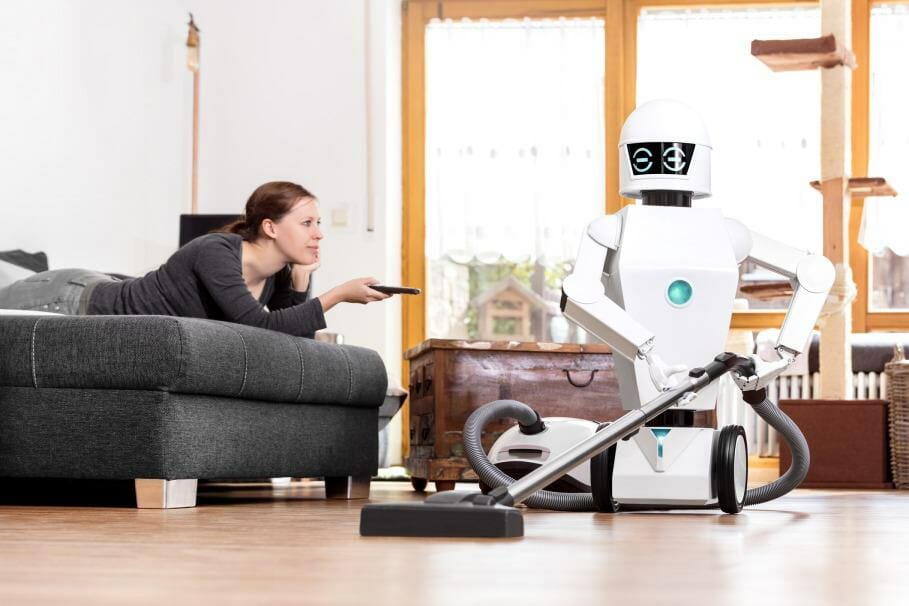 The magnificently named Melville Bissell of Grand Rapids, Michigan, designed the first carpet sweeper in 1876. It would be another 120 years before the first robot vacuum cleaner peeped out from under a living room couch and skedaddled over the floor to whisk the dust off our carpets. Today we pose the question, ‘Was it worth the wait?’.

Before the Industrial Revolution, the broom was about as sophisticated as floor-cleaning got. Most floors were of stone or wooden construction. As the populace (or at least that part of it that could already afford powdered wigs) became more affluent, carpets and rugs became all the rage. In a similar way in which the can was invented before the can opener, carpets were designed long before there was a practical means to keep them clean.

While everyone hung around waiting for the carpet sweeper to get invented, they passed the time by hanging their carpets over the washing line and thrashing the living daylights out of them with carpet beaters. Before the invention of the carpet sweeper, the only thing they’d hang over the washing line and thrash the living daylights out of were the servants. Now, thrashing carpets and servants was simply too exhausting. The world needed a solution. 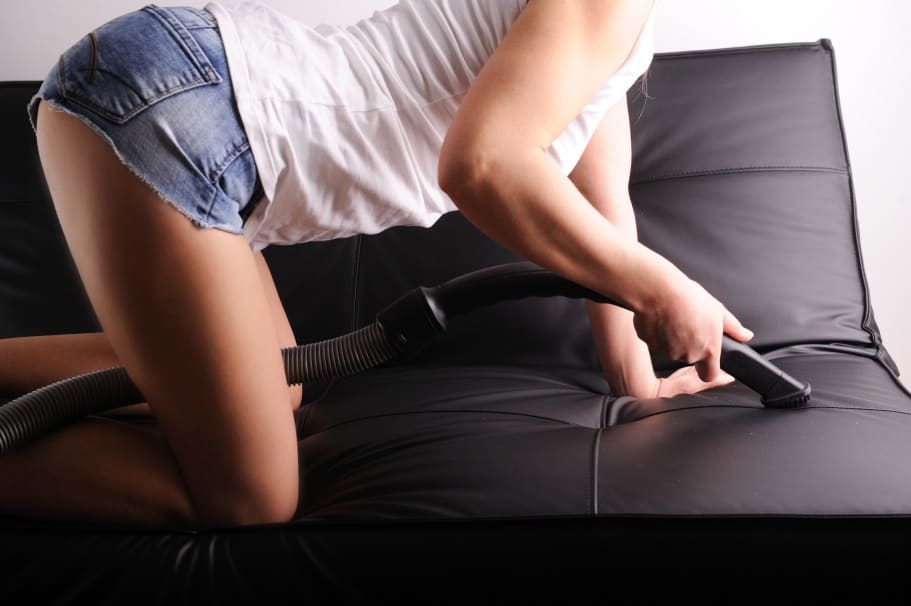 The carpet sweeper — cunningly named to reflect its purpose, was a mechanical doohickey that consisted of a box, wheels, handles, and rollers with brushes. Carpet sweepers were the precursors of the vacuum cleaner.

The inventor, Mr. Bissell, with his wife Anna, ran a small crockery store. In those days, crockery came packed in wooden boxes filled with sawdust. Every night sawdust clogged their carpets. Sawdust was as stubborn as the suffragette movement in those days and had an almost magical ability to embed itself deeper in carpets than a tick in a sheep’s butt. You’d have needed a flamethrower to get rid of it completely.

Mr. Bissell’s wife, Anna, badgered her husband into inventing the carpet sweeper to address this persistent problem. Soon, there was a clamour for Melville’s marvellous machine, and he turned his device into a business that still exists today.

The couple loaded up their buggy with their domestic marvels, selling them door to door. Melville sold them on one side of the street and Anna on the other. Professors of carpet maintenance don’t know which side of the road each of the Bissells preferred.

The invention of the vacuum cleaner finished off the carpet sweeper industry. They were far more powerful — early models were capable of sucking wool clean off a sheep. The electric-powered vacuum cleaner still rules the roost, but the new breed of robot cleaners threaten to knock them off their pedestal.

Fast forward to 1996 when the first robot vacuum cleaners hit the market — and the floor. Now (2018 figures), the global cleaning robot market is estimated to be worth USD 2.5 billion and rising. Yet, we’d advise caution. There have been problems with early models, and the buying public still has much to learn about discerning any one product from its competitors. 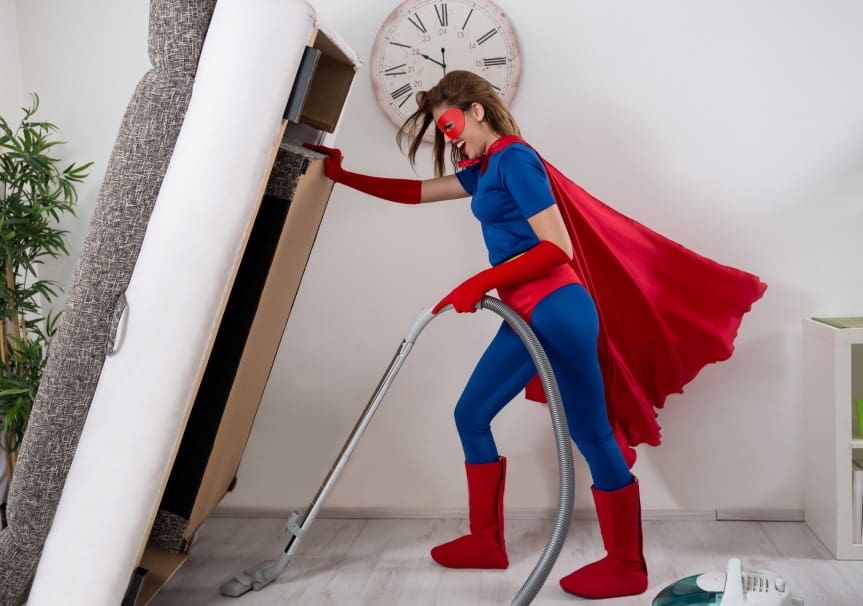 One couple from Milton Keynes heard banging and crashing coming from their kitchen at 3 AM. Fearing a burglary in progress, they eventually gathered the courage to rush downstairs, hollering like football supporters at a derby match — he, brandishing a nine iron; she a bedside lamp. Only to discover their newly purchased robot vacuum cleaner in an angry altercation with their flip-top bin.

A couple in Edgbaston came down in the morning expecting a lovely clean floor only to discover that their family pooch had curled one out on the kitchen floor tiles sometime during the night. On its own, not the greatest domestic disaster ever to befall a household. However, the couple’s robot vacuum cleaner’s AI chip, having assessed the situation in hexadecimal code, decided (perhaps as learning experiment?) to see how great a surface area dog poop might cover if you rolled it all over the house.

‘It could have been worse,’ the man from the insurance company told the couple by way of consoling them for turning down their claim, ‘Had it been lion poop … well, you can catch a whiff of lion poop in a neighbouring African country. I suggest you fumigate the house. Perhaps the army might be willing to help.’

Social media is awash with videos of cats (the domestic kind, not big cats like lions) riding robot cleaners, seemingly for the sheer hell of it. Some of them hopping off as their ‘robot taxi’ nears their food dish.

It is clear from these anecdotes that perhaps we aren’t dealing with a mature technology quite yet. What isn’t helpful is that purchasers of robot cleaners still fail to consider the pros and cons of robot vacuum cleaner ownership. Here are seven questions that potential buyers should always ask before buying. 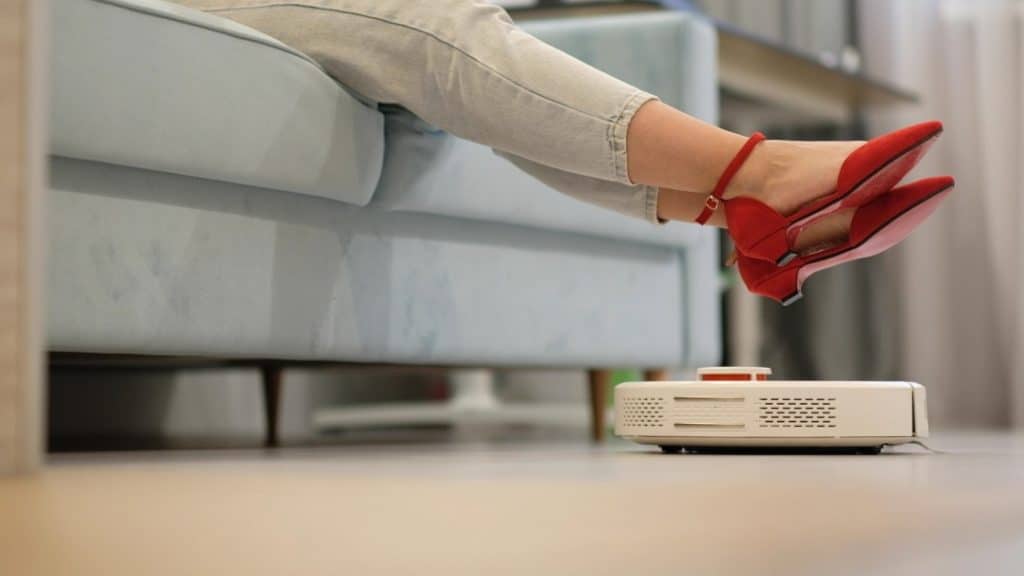 1: What colour is the best?

Black seems to be the default colour. Black, however, does a great job of showcasing dust and pet hair — from a light-haired pet — a white cat or an alpaca, for example. Though switching to light colours helps, you’ll lose the benefits if you have a black-haired pet — like a black lab or a gorilla. Where possible, match robot cleaner to pet colour, and Bob's your uncle.

2. What is the capacity of the dustbin?
0.6 is a reasonable size. Less than this, and you’ll cover more miles emptying it twelve times a day than you ever spent chasing around the house with a dustpan and brush.

3. How long will the battery last?
Battery life is important. Though top models sense when they are feeling a bit run down and scoot off to their recharging unit to be replenished, picking up where they left off after their top-up, cheaper models may die during their haltering crawl back to base.

4. Does the cheapest option always offer the best value?
Be careful not to scoff at additional functions, dismissing them as unnecessary bells and whistles. Buy the bare bones of any model, and you are likely to miss out. You’ll certainly regret not paying for edge-detection sensors, the first time your Banzai!—Bargains brand robot throws itself kamikaze-style off the top landing and demolishes your coffee table. You will end up thinking is this worth it?

A cheap model, stripped of vital functions to achieve a bargain price, is little more than a cross between a discus and a mini-hovercraft, wandering after, but failing to catch, dust-bunnies. Some models are noisier than others too. What you don’t need is a volume competition between your robot cleaner and your smart TV.

5. Do I need to buy a high-end brand to get top quality?
You can get a Banzai!—Bargains brand robot off Ali Baba for $25. Don’t; you’ll regret it. It may well be able to detect dust; it just won’t know what to do about it.

6. What are the dimensions of the robot?

A nuclear reactor may power your pool cleaning robot, but that will count for nowt unless it can get into the many spaces where dust bunnies hide out. Can it get between your chair legs? Is it so high that it will fail to negotiate specific tasks? Is it clunky enough to turn your washing machine into a junk-yard candidate by repeatedly crashing into it in an attempt to get underneath it?

7. Do I really need a machine that maps my home?

Oh yes! Otherwise, it’ll roam incessantly about your living spaces as aimlessly as buffalo over the prairie, randomly picking up some, but by no means all dust balls, leaving zigzag shapes on your carpets. 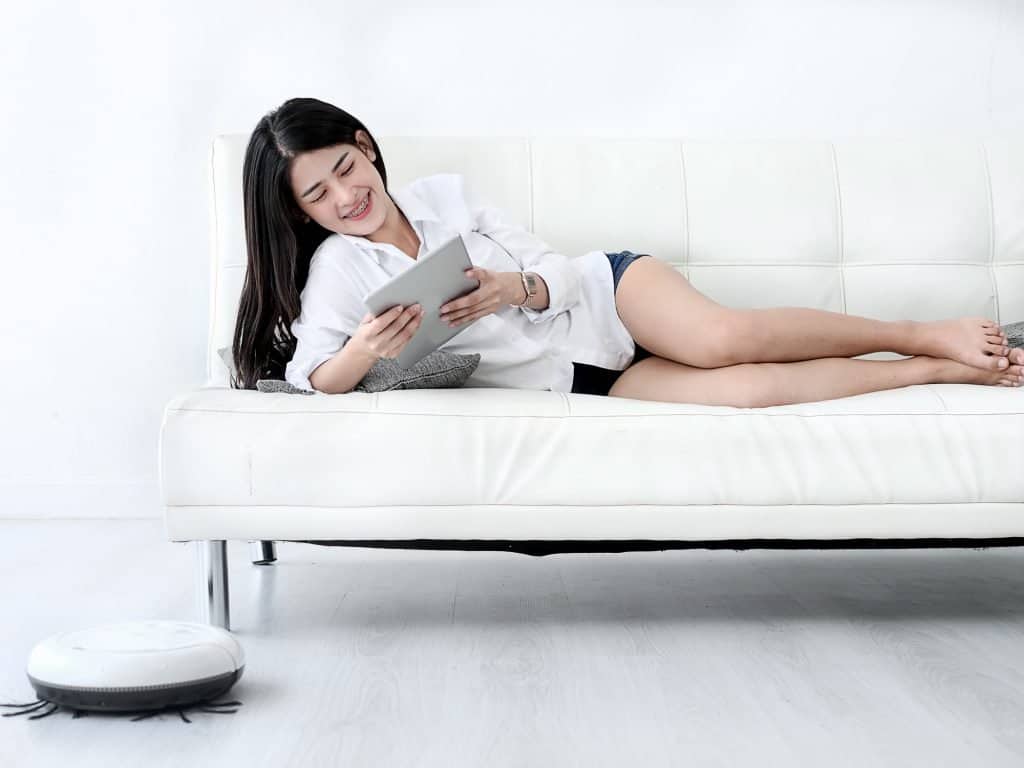 My job is nearly done. We have conducted a whistle-stop tour of the history of carpet and floor cleaning. And we explored some of the questions that might help prospective buyers in this niche of the digital world.

The truth is out there! (and so’s my new robot floor cleaner!)

I’d like to end on a philosophical note if you let me. Just how smart should we let robot cleaners get? I don’t want to get too, I, Robot! here, but a friend of my next-door neighbour’s hairdresser says that he recently bought an ultra-smart, ​AI-driven robot floor cleaner that mops. He comes downstairs every morning (the friend of my next-door neighbour’s hairdresser, not the robot) to find the whole house spick and span. But he has seen neither hide nor hair of the robot since he took it out of the box three weeks ago. He knows it’s out there somewhere because the house is spotless. So, who is it hiding from? — CIA, FBI, MI6? Best not to ask, I think. Conspiracy theory? You decide.