Oculus Rift S vs Valve Index – What are the Differences? (Updated!) 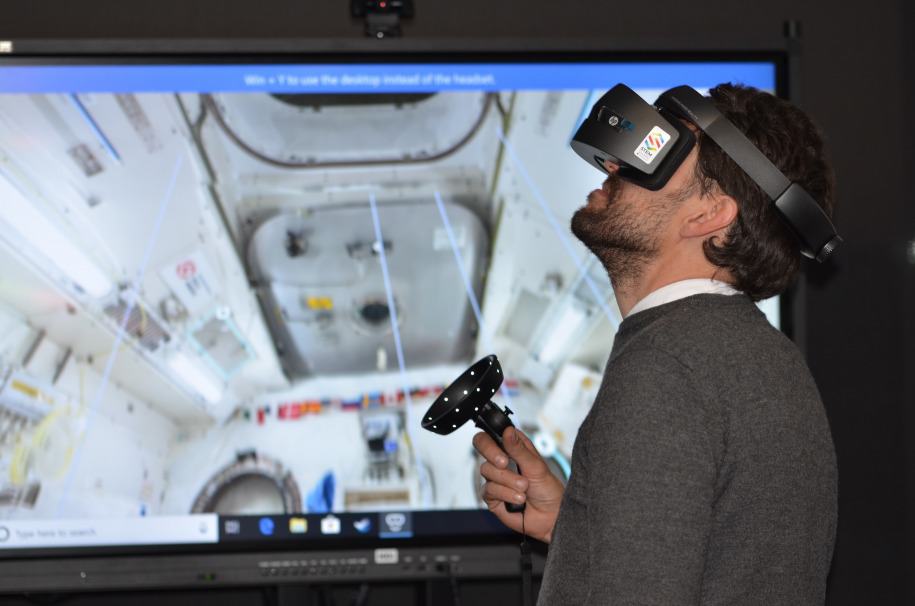 In this post, we compare the two best VR headsets available today - the Oculus Rift S vs Valve Index...

Are you thinking about buying a VR headset? Do you already know what brand to buy? What features should you look for when making your purchase?

There are several VR headsets in the market today – but only two brands are really up for the running as the best in the market. That’s the Oculus Rift S and the Valve Index. Now, if you want quality gaming experience with VR, these are the top two items you should be getting. The question is – which one would be better for you? Here’s what you should know: 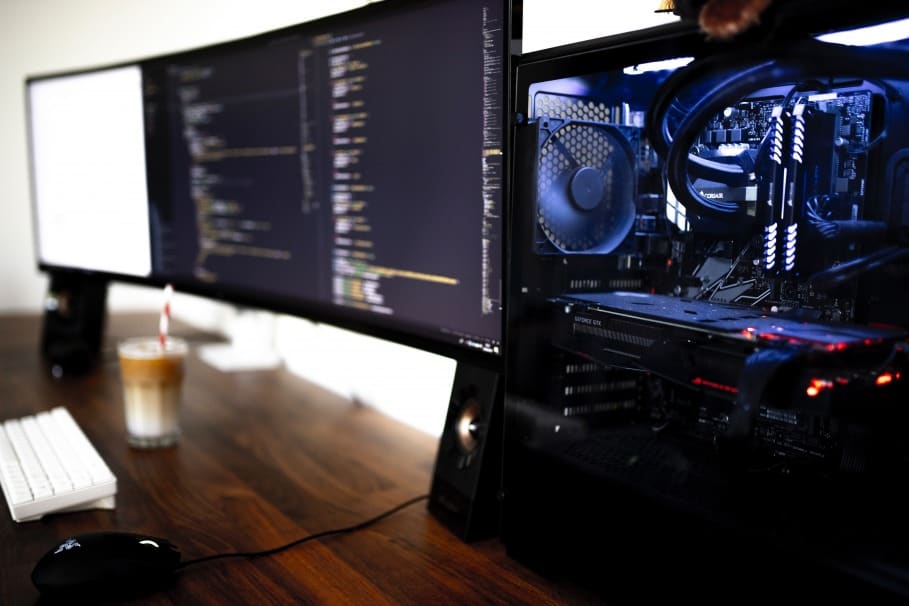 Oculus Rift and Valve Index can run on two possible specifications. There’s the “Suggested” one and there’s the Minimum one which still lets you run the games but not at its most optimal.

Here are the minimum requirements for Valve Index:

Price-wise, Oculus Rift S is obviously the cheaper model by a substantial amount. The Valve Index on the other hand is priced fairly steeply, making it the typical choice of hard-core gamers.

VR is nothing without room tracking. It’s basically the technology that lets you immerse yourself in the rendered images. Back in the day, Valve used two base stations to track exact locations in a room. With the Valve Index however, there are now four base stations, which expands the range of movement by up to 10 square meters. If you own a Vive and want to upgrade to a Valve Index, you can just use the base stations that came with the Vive because the Valve Index only comes with two in the box. Note though that base stations take time to setup and since you now have four, that’s also four times the bother to get them synced with the headset.

What about Oculus Rift S? This new unit boasts of the Insight System which is a brand-new feature that relies on cameras. No need to set up base stations here as the cameras are connected to the headsets themselves and provide the needed location tracking as you move with the unit. There’s a total of five of them in there and with no base stations, there’s no need for additional USB ports. The headset itself is obviously connected with the PC, but you’ll have several ports free for other uses.

So yes, when it comes to ease of use and room tracking, the Oculus Rift S wins this round. 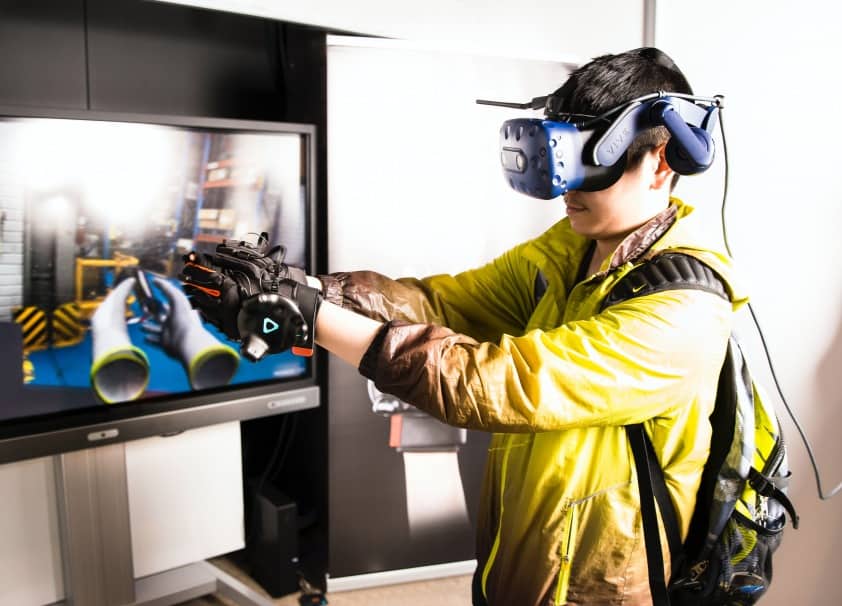 The Valve Index has a screen resolution of 1440 by 1600 pixel with a 120Hz refresh rate. This translates to smooth images and a transition that has zero blurry frames. Even if your PC has the absolute minimum requirements for using the Valve Index – you should still be able to experience the full potential of this VR headset.

By extension, you also have to look into the field of view of the headset with the Valve covering up to 130 degrees at its maximum.

In contrast, the Rift currently has a resolution of 1280 by 1440 pixel with a refresh rate of 80Hz. If we’re just looking at the numbers, there’s already a clear winner here as the Valve is obviously significantly better when it comes to image rendering. One more thing to note is that at 80Hz, there’s going to be some flickering on the screen which can cause some nausea or motion sickness if you’re particularly sensitive.

Design-wise, the controls for the Valve has a very edgy and futuristic look. They’re not the kind you hold in your hand but something you strap onto the wrist, giving you much better control and preventing the chances of dropping it mid-game. That’s definitely a plus considering how many controllers have been damaged in that way.

The Valve controllers are wonderfully sensitive, capable of recognizing even the individual movements of your fingers. There’s a heavy reliance on ergonomics in this design so that using the controls feel perfectly natural.

While specifications and controls play a big role in your choice of VR headset, we can’t ignore the fact that the aesthetics of it can also influence how we choose a product.

In terms of design, Valve Index has a chunky look and quite heavy – both on the eyes and on the head. It has multiple dials and sliders attached on it, not to mention the added padding to bolster the comfort of the wearer. It’s heavy, solid, and built to grab the attention when worn.

By contrast, the Oculus Rift S is chunkier, but in a messy way. Veering away from the typical head strap design, this latest offering decided to use a halo as the main attachment for the glasses, creating two bulky hardware that’s attached to each other. It would take some getting used to before you can love this Oculus Rift S design. On the plus side, the crown-like design helps relieve pressure on the back of the head when the device is used for long periods of time.

Both models come with speakers already integrated with the headset. The difference is when it comes to audio extension which is only available for the Oculus. The headset comes with your typical 3.5mm jack for headphones, letting you attach your own set and concentrate the sounds to your ears. The unique halo design of the Oculus Rift makes this possible without messing up the attachment of the headset.

The Valve on the other hand eases the pressure by positioning the speakers slightly farther away from the ears. This should prevent any earache that often results from long-periods of wearing the headset. Audio can be adjusted if you find the music too loud.

Both Valve and Oculus use a USB connection to run the VR headsets. This is not surprising since it is now the more common connectivity option to improve power distribution to and from the PC. As already mentioned though, there’s a marked difference between Oculus Rift S and Valve Index when it comes to the number of USB ports used. With a Valve, you may need a minimum of five USB ports, depending on how many base stations you’ll be setting up.

The Oculus Rift S won’t exhaust your USB ports. Since it uses the proprietary Insight feature, there’s only one USB port you’ll be using, allowing for cleaner lines and an easier pack up once you’re done playing with your VR headset. 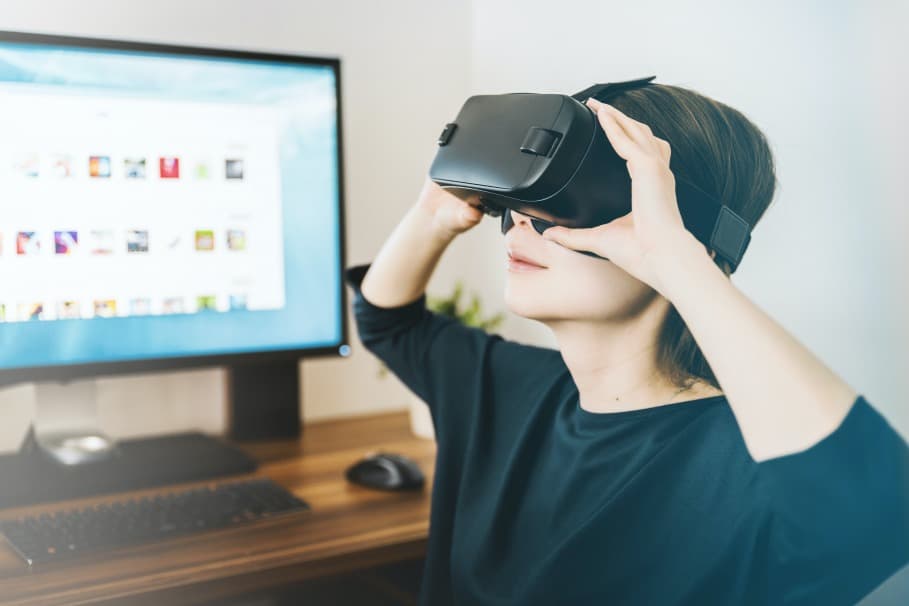 Given the length of time you probably spend gaming, the level of comfort offered by the headset is a crucial factor. Taking a look at Valve, you can already tell that it’s built for hours of use. There’s ample padding in there and a headband that lets you adjust the fit perfectly. Even the headset is slightly farther from the ears to prevent any pain resulting from long periods of crushing the cartilage.

What’s pretty obvious about the Valve is that it was built to accommodate as many gamers as possible. There are multiple features for adjustment in the unit including the distance of the lens. All these add-ons come at a price though as the headset adds up to 1.78 pounds. In comparison, the Oculus once comes up to 1.2 pounds.

In terms of comfort, the Oculus seems to have won the contest with its innovative design. Instead of your typical strap, it’s attached to a ring that’s placed on top of the head with a back wheel to tighten it for a reliable fit.

To wrap it up, both Oculus Rift S and Valve Index have their own pros and cons. The decision really depends on what you want and what you can have based on the setup you have now. Your choice will be limited by three things: (1) your budget, (2) your PC software, and (3) your connectivity options. If you’re looking for a low-budget VR headset, the Oculus Rift is the better choice. It’s also the better option for beginners who want to get started with VR gaming but don’t want to go all out until they learn what they like. However, if you’re looking for a truly immersive experience and you have the budget and the PC for it – you can always go with the Valve Index.

How to Fix Taskbar Problems in Windows 10 (Simple Steps!)

Virtual Walls vs Lighthouses – What are the Differences? (Updated!)