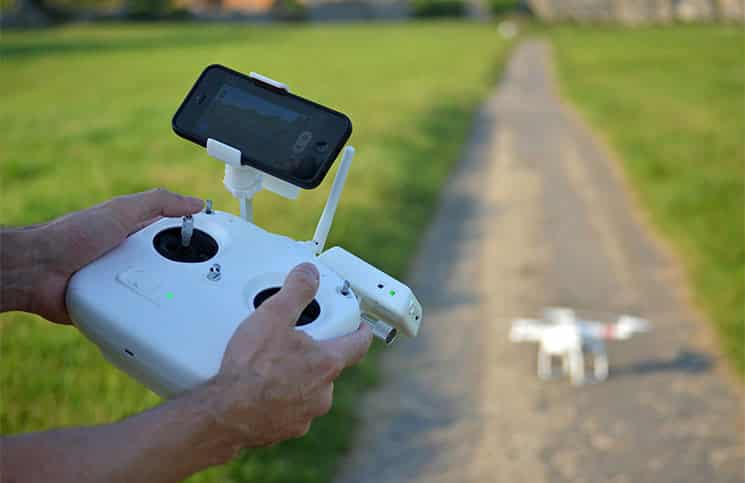 What Will the New DJI Phantom 3 Be?

Due to all the secrecy surrounding the new DJI Phantom 3, it’s possible that it will be an entirely new design, new color styling, and have some awesome new features. There’s really no other reason that DJI would keep everything so hush hush, but for the simple fact that they have something awesome in the works.

Obviously the new DJI Phantom 3 will be a quadcopter, and it will certainly be higher priced than the first two offerings from the DJI Phantom line. While everyone is hoping for a longer lasting battery life than the 15 or 25 minutes that the 1 or 2 currently has, many other features are almost as important.

Both the Phantom 1 and Phantom 2 include a remote radio controller in the box, saving you the aggravation of having to purchase one separately. Both Phantoms are also easy to run, and require little assembly other than adding in new batteries. The 1 and 2 have bright LED lights, so you can see your quadcopter at night. The Phantom 1 does not include a camera, while the 2 does.

Related articles:
Best Quadcopter Under $200 – A comprehensive review of popular models of drones
Drones for sale: Amazon or Ebay ? – Where is better to buy drones? Get the answer!

Many people are hoping that the Phantom 3 will have a longer battery life than the first two models. Nothing is more frustrating than being on the field and then having your drone come in for a landing, as its run out of juice. Sure, you can carry extra packs with you, but then you have to fuss and fiddle to switch them out. And a longer battery life means that you can fly your drone higher and further out than the 1 and 2 can reach. The Phantoms can currently be controlled at flight distances up to 1000 meters.

There will be a Lightbridge integrated HD video downlink, so you can retrieve video later, or stream it immediately to your smart device. There will be a Datalink integrated Waypoint. You’ll be able to attach a flight recorder, included in box as well. There will be a brand new Android App available so you can control your drone via the app or by the included radio controller. No matter where we look online, these seem to be the standard features that the new DJI Phantom 3 should have.

The Phantom 1 and 2 both come in white finish with orange striped highlights. Most new releases on the market seem to come in a white or red finish. Since most new quadcopter releases have a white finish, chances are this one will look the same as well. The new DJI Phantom 3 should also have the same underside LED lights, and two supportive landing feet, that also protect the camera gimbal in the middle.

Since this new model is likely going to be pricey, and the Phantom 2 included a camera, the new DJI Phantom 3 should come with a high resolution camera with built-in hard drive to store images and video. Many collectors are hoping that the camera will be detachable, and that other higher-end cameras can be attached.

All over the web, everyone has been speculating that the new DJI Phantom 3 that should have been released in time for Christmas, but now that the holidays are rapidly approaching, perhaps a spring release makes more sense now. It’s unfortunate that it wasn’t released in time, as I’m sure many collectors have held back on buying drones as gifts for this holiday season, until they see the new new DJI Phantom 3 offering.

However, due to its higher ended price, it’s not likely to affect buyers who are new to the drone market, though they’ll likely be interested in the new DJI Phantom 3 as well, once they start learning about the drone hobby.

We can speculate all we want, and hope that the new DJI Phantom 3 is going to be a fantastic new drone model, packed with features. Whether are assumptions are correct or not, our readers will learn in the near future.

Some of the current popular model 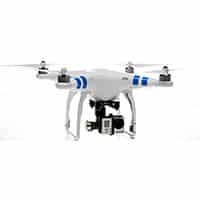 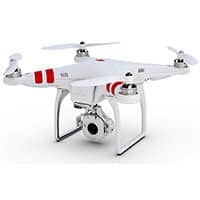 * Affiliate Link - We may receive a commission from the product vendor if you use these links to buy the product. This covers our editorial charges and comes at no extra cost to you. Our product recommendations are not influenced by the vendors and the commissions earned by Affiliate links allows us to continue to bring awesome reviews so that you don't choose a wrong product again - EVER!

You literally just said nothing about the Phantom 3. Except that it might have some features, and it might not have those features too.

I agree. This article might as well be the Phantom 3 page on FB.

There’s only 1 thing the DJI Phantom 3 needs to be and that’s waterproof.

thank you. Its Fixed )