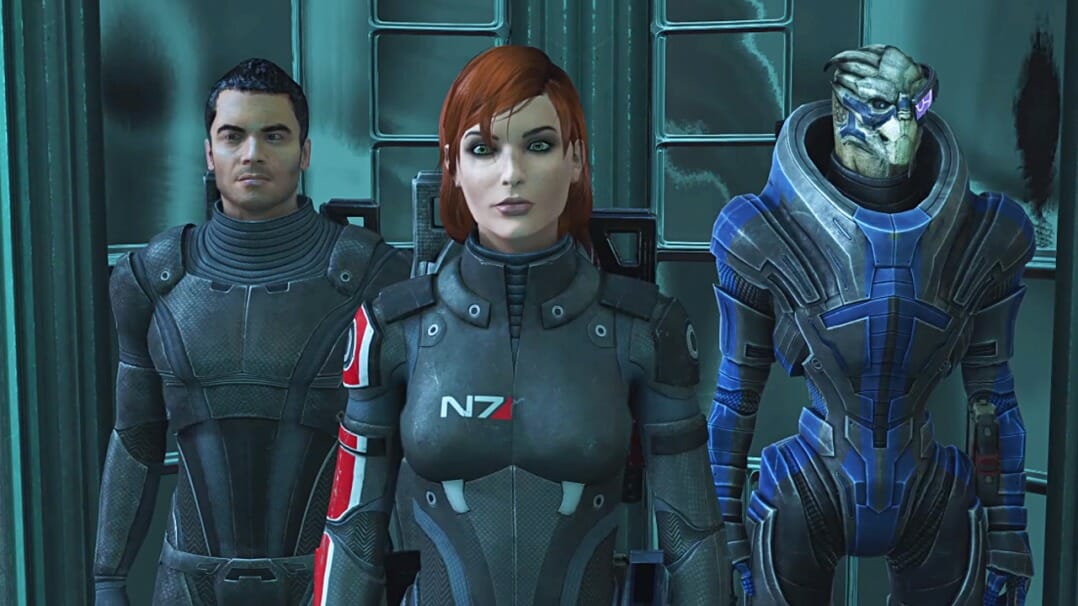 Gaming fans across the globe are eagerly awaiting the release of Mass Effect Legendary Edition. Right now, we only have a week to kill until the remastered trilogy hits store shelves.

In short, there's been plenty of buzz in the air concerning EA's classic sci-fi bundle, set to include all three of the initial series entries.

Recently, EA outlined many implemented changes coming to the upcoming trilogy. Which, on paper, sounds like a substantial load.

But a recent reveal appears to indicate some much-welcome benefits for those wishing to play the package on Xbox Series X.

Sorry Sony subscribers. Don't worry! I haven't forgotten about you.

With the release of EA's remaster rearing its beautiful head, what better time to examine the apparent differences between console versions than now. So, without wishing to reignite the console war, let's get to the smouldering centre of today's titillating topic.

I thought you could use a tongue twister or two!

Of course, I'm aware that many of us still don't possess a PS5 or Xbox Series X. But hopefully, after scouring this article, you'll be able to make an informed purchasing decision.

Or, at the very least, you can decide which platform to play the Mass Effect Legendary Edition on. 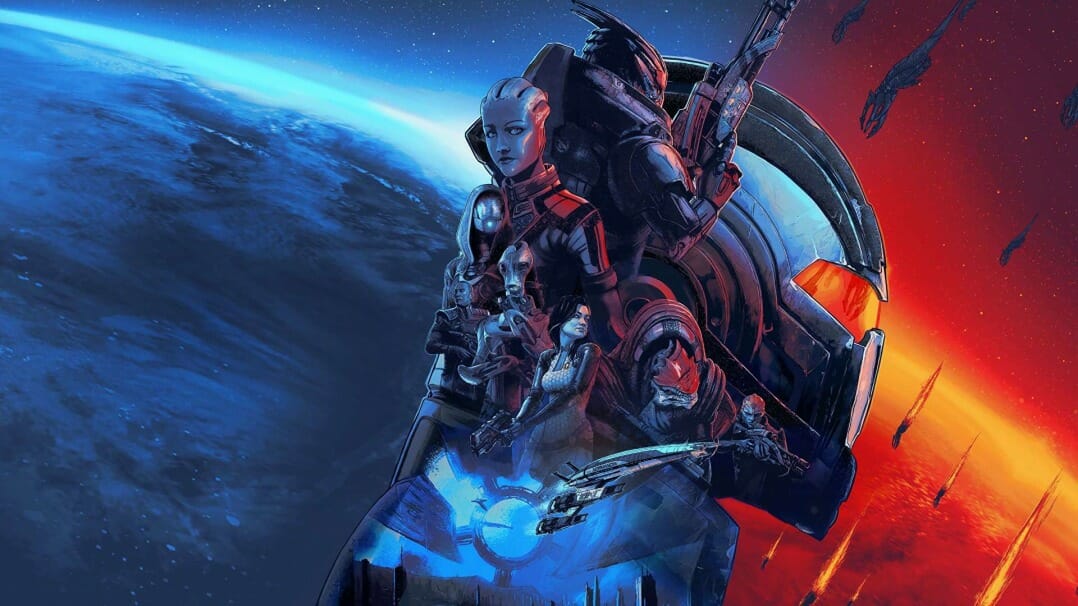 In a recent Blog Post, EA laid out the trilogy's expected performance details for each platform. Interestingly, the results will perhaps be somewhat surprising to some players—especially those on competing platforms.

With the console versions, players can elect to prioritize either quality or framerate. Whichever one you favour will reduce the effectiveness of the other.

What's not so surprising, even slightly, is that next-gen hardware will bump up the framerate on both PS4 and Xbox One to 60fps from 30fps when prioritizing framerate.

But what about performance on the latest gen? Well, this one delivered me quite the shock. When opting for frame rate, the Xbox Series X impressively outperforms the PS5 by some margin.

While both achieve the same specs via the quality setting, based on EA's info, by opting for frame rate, the Xbox Series X will attain up to 120fps, while Sony's PS5 remains at 60fps.

That's quite the leap. Ultimately, the choice is up to you. But for fans of Xbox, these findings will no doubt feel like a win. But before you start nose-rubbing Xbox. Just remember, those playing Mass Effect Legendary Edition on PC will likely have the last laugh.

EA says, "Players on PC can play up to 240 fps and supporting refresh rates up to 240 Hz. Additionally, players can tweak several graphics options at any time to finetune the preferred balance of graphics and performance."

So, that settles it. All in all, it's undoubtedly an intriguing find, for sure. 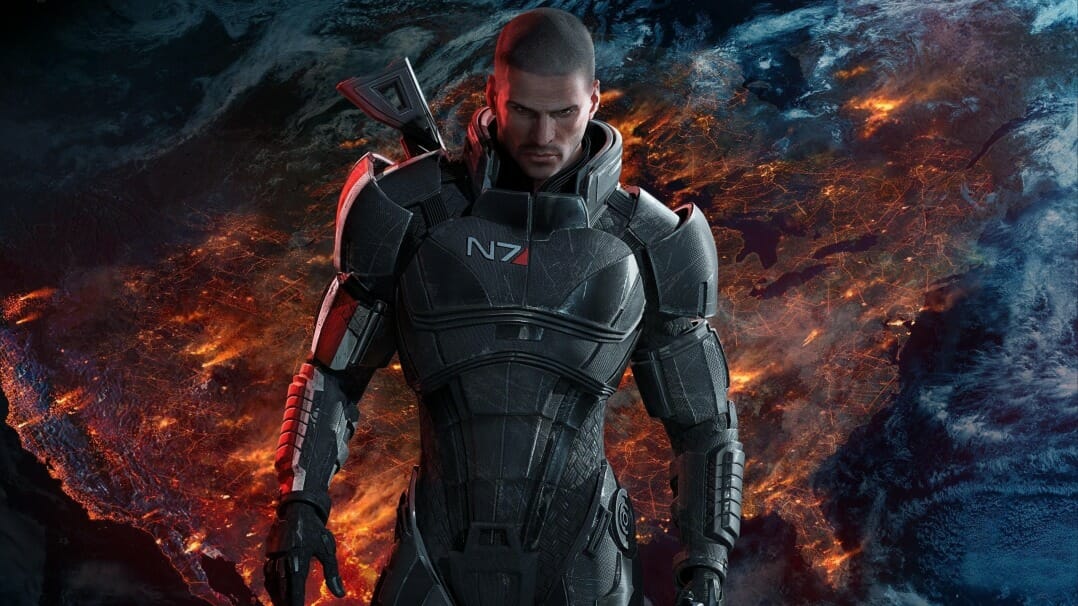 The release of Mass Effect Andromeda may not have gone as attended. After all, upon launch, the game was greeted with a mixed reception. Involved in which were many mediocre reviews from critics.

For some fans, Andromeda gets noted as a series misfire. Worse still, it didn't help matters that, Anthem, another title developed by BioWare, failed to maintain its live service model.

A game that, for me, felt dead on arrival.

But aside from my thoughts, what's always held in high regard is the quality of the initial three Mass Effect titles. And for the longest time, that acclaim has never been in doubt.

All too often, these gaming gems get regarded as some of the best out there. You might say, for a very valid reason.

So, in a bid to get you excited about the upcoming trilogy, here's a word from EA about what awaits players next week concerning changes to combat.

"Combat in the Mass Effect trilogy has evolved across the series, with each game's experience being different. We wanted to make the experience better across the board, but we didn't want to unnecessarily change what our fans have come to love about each game, EA's statement reads.

"That proved a unique challenge, as the first game is quite different from the second and third in terms of gameplay and combat. Mass Effect was heavily influenced by traditional RPG mechanics, like the randomness of a dice roll and pen-and-paper stat building. As a result, weapons in Mass Effect often felt less accurate and reliable than the gunplay in Mass Effect 2 and 3."

In truth, I chose this passage over others because I feel it aptly reflects EA's intentions for the reboots. On the one hand, it seems like EA wishes to stick with what has worked before. Besides, it's already winning formula.

So why fix it? This stance makes decent sense to me.

On that note, polishing and rebalancing will likely be the main focus. Plus, improved visuals on account of heightened hardware. Either way, I can't wait to put the game through its paces next week.

And I'm sure I'm not alone in that wish. Let's hope EA deliver the goods.

For more on Mass Effect in the coming weeks, be sure to stick with us, where we promise to serve you to latest scoop, soon as it surfaces. Until then, though, I'm afraid it's a short yet agonizing wait.

That concludes our topic for today. As always, we want your takes on the Mass Effect Legendary Edition.

Will you be playing on Xbox Series X, PS5 or PC? Also, which game from the trilogy is your top pick?

Feel free to make your voice heard via the comments section. I love reading them all.