How To Keep Your Drone Secure from Hackers – 4 SureShot Ways! 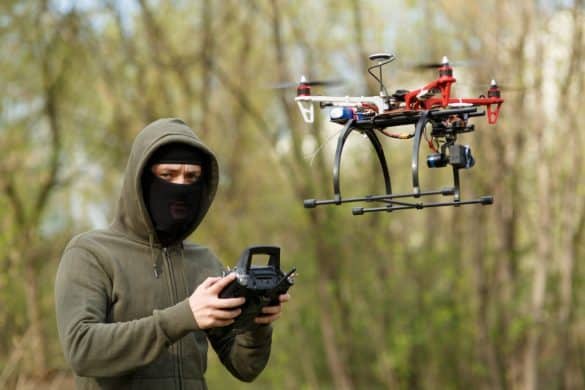 Research by Johns Hopkins computer security team are showing just how easy it is to hack or steal a drone midflight. When it happens, many don’t even realize. It appears as if it’s just a technical problem which caused the drone to crash. Only after they find the drone does it become evident that it was intentionally brought down. Drones are expensive and still not very secure. A person with the right set of skills can easily hack a drone costing you a lot of money. But, it doesn’t mean you can’t keep it safe. If you follow these tips, no one will be able to snatch your device from you.

You may be on a budget, but most cheap drones aren’t worth the cost if security is one of your concerns. They create drones with cheap components not paying any heed to security features. Your first priority should always be to get a quality drone that will stay some time with you. Some exploiters would destroy it just for fun even if there is no personal gain involved. At the very least, ask and research about the security of the drone you plan to purchase. Good drones have an advanced kernel with quality hardware and aren’t easy to crack even for experts.

No matter how you control the drone, you need to pay special attention to its security. Whether it’s a remote, mobile phone, or a computer; take extra measures to enhance its defense system. If possible, use the device for the sole purpose of controlling the drone so you don’t have to install anything else or connect networks. I read a story of how a US military drone was hacked because the controller was also used for playing games. The user downloaded a game which came with a malware that crashed the drone.

The best solution is to install an antivirus in the device. Don't rely on the defense system of the operating system as it's not secure enough. Free antiviruses are also not reliable. They may be able to detect a few viruses, but they don't have the capability to stop them. They won't even be able to identify advanced viruses. On the other hand, a premium antivirus will deal with the potential virus before it can cause any damage.

Use Virtual Private Network for Connection

There are more than one ways to hack a drone. Instead of getting into the controller, exploiters hack the link between it and the drone. When the connection is cut from the original controller, they connect it with their own device or spoof fake GPS coordinates. A secure option is to use a Virtual Private Network service to keep the connection secure from intruders. A VPN can be used to help keep your drone secure by masking the internet connection and keeping hackers from getting access to your device.

Save the Drone from Getting Hacked

Another common hacking approach is to get within a specific range of the drone mid-flight and break its connection with the controller. Hackers use another drone to accomplish this task. They follow the drone and intercept your wireless connectionallowing them to replace it with their own connection. You should fly your drone in a place where there is less technology around, and don’t let anyone know your routine or pathways of using it.