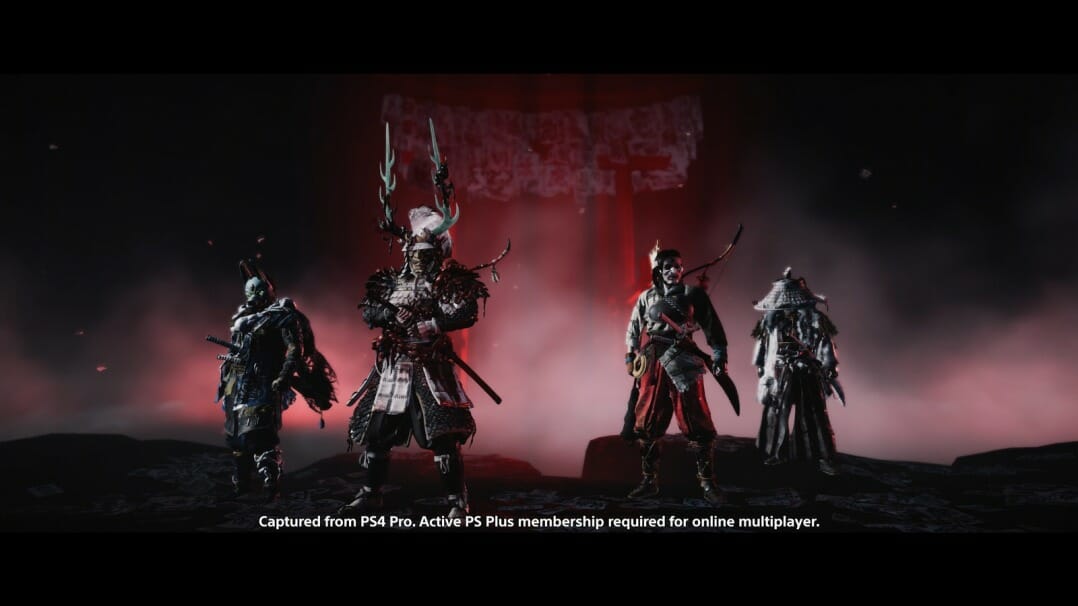 Ghost of Tsushima Legends? Could it possibly be? First and foremost, Ghost of Tsushima is the gift that keeps on giving—thus ensuring Sony bows out of PS4 exclusivity in scintillating style.

Taken on its merit, Sucker Punch's widely popular stealth, action-adventure has in many minds, exceeded even the high expectations set by itself.

With its rich culture, engaging story, satisfying stealth a combat system, a wealth of side quests to pursue, and the beautifully diverse island of Tsushima, just begging to be explored.

In terms of content, Ghost of Tsushima must be far and wide, one of the most openly generous RPG's out there. Whether that's the multi-tiered levelling system, Fox Dens and Inari Shrines, Bamboo Strikes, Hot Spring locations, clearing out bandit encampments and everything else in between, I appear lost for words with how much effort Sucker Punch has put into Ghost of Tsushima.

But when you thought there couldn't possibly be any more, Sucker Punch drops another giant bombshell on its player base. One of such significance, it carries the potential to keep players hooked on Ghost of Tsushima for many years more.

May I present, Legends, an altogether new experience! Yes, do we have a treat lined up for you folks today. Already, I think we have decently demonstrated Ghost of Tsushima's impressive size and scale. (By the way, I forgot to factor in the sheer mass of its densely populated map, but I digress.)

Many out there, I included, have been able to beat the game. But some players are still embarking on their journeys. And so, have a significant way to go. With that in mind, the audacious idea that more content could be coming to Ghost of Tsushima seems a little farfetched. But one precisely in store for players.

Better still, it's coming soon. I told you today was a great day.

"Today I am very excited to reveal Ghost of Tsushima: Legends, a new online cooperative multiplayer* mode that will come as a free download for Ghost of Tsushima owners on PS4 later this year.

"Legends is an entirely new experience — it’s a separate mode that doesn’t follow Jin or the companions from his journey, but instead focuses on four warriors who have been built up as legends in stories told by the people of Tsushima. Ghost of Tsushima’s single-player campaign focuses on an open world and exploring the natural beauty of the island, but Legends is haunting and fantastical, with locations and enemies inspired by Japanese folk tales and mythology and an emphasis on cooperative combat and action."

So, what are the main takeaways here? Well on the surface, and first of all, a new online coop mode sounds fantastic. Better still, the fact that it comes as a free install for PS4 players issues only further bonus. Right now, they can do no wrong.

What shocks me more, though, is how we are seemingly going to get another substantial game mode. On top of the extensive single-player one, we have now. It seems insanely generous, yet at the same time super exciting.

For me, I love the idea of seeing another side of Tsushima. One far away from Protagonist Jin's core perspective. So, the notion of a "separate mode that doesn’t follow Jin," but rather "focuses on four warriors" enshrined in Legend. Now that I can get behind.

Of course, culture plays a large part in Ghosts of Tsushima. On that note, I am not at all surprised to see a strict enthesis on "Japanese folk tales and mythology." But as a firm fan of multiplayer, I am delighted to see Sucker Punch seek to offer "cooperative combat and action." 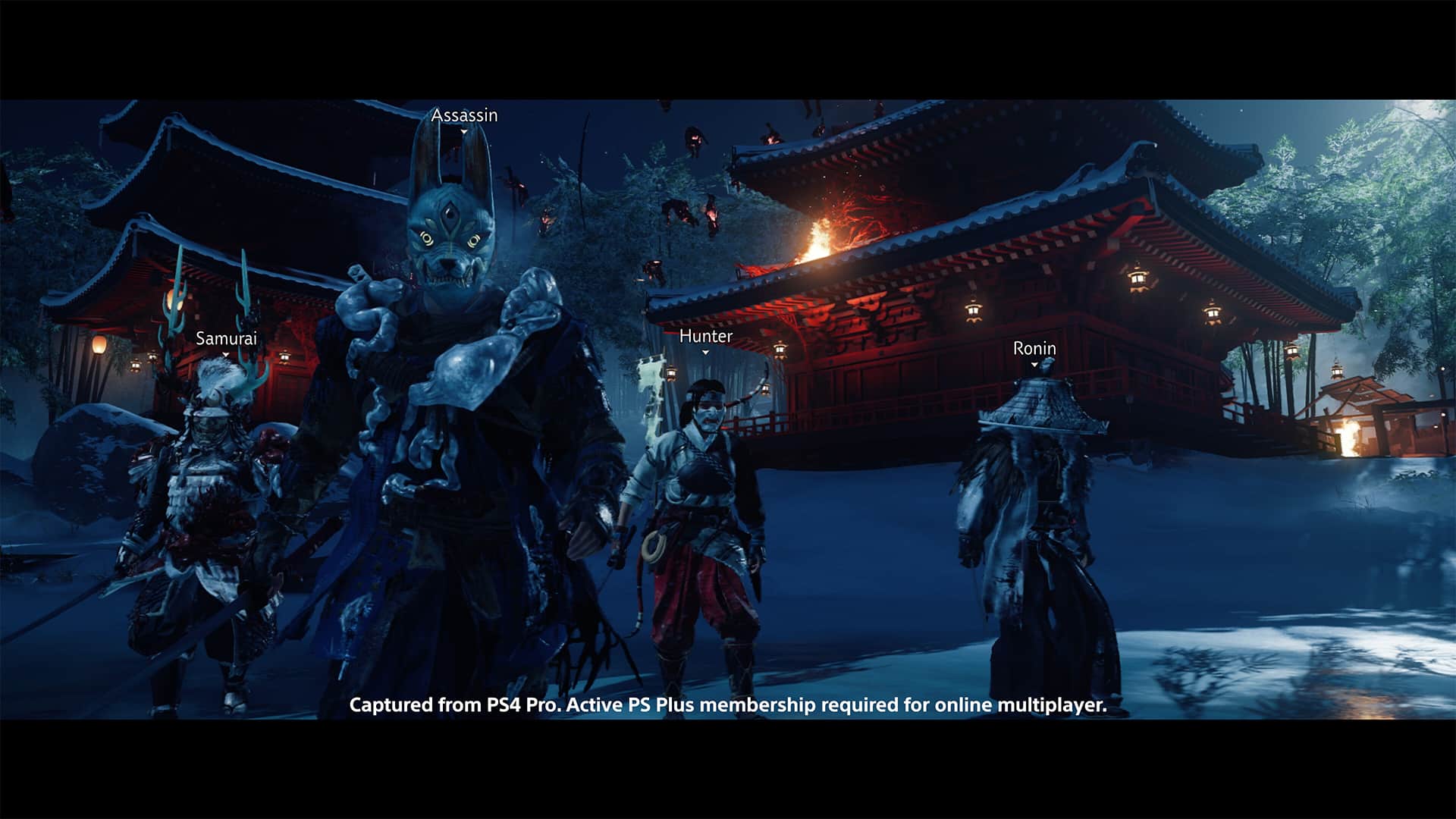 "We designed Legends to be an exclusively cooperative gameplay experience. You’ll be able to partner up with friends or via online matchmaking and play Legends in groups of 2-4 players. Each player can choose from one of four different character classes: the Samurai, Hunter, Ronin, or Assassin. Each class has unique advantages and abilities that we’ll reveal in the future. With two players in Ghost of Tsushima: Legends, you’ll be able to play a series of co-op Story missions that escalate in difficulty, building on the foundation of combat from the single-player campaign but with new magical twists that often require careful synchronization with your partner."

In today's world, most games neglect the notion of coop play. I can remember vividly couch coop and split-screen. Which still grasp a dear place in my heart, albeit a now obsolete scene.

So, the proposed structure here is a welcome one. 2-4 players team-up. With the option to choose from four classes. What also brings music to my ears, is the said inclusion of "unique advantages and abilities" per rank. How that will play out is tough to call.

But hopefully, we can expect multiple upgrade paths to play a part. Even a minimal form of player progression would be a huge bonus. But we will need to wait and see. Sometimes, these ventures take time to get off their feet.

Ghosts of Tsushima Legends will be free-to-play on launch. Well, for those with an active PS membership. So, it looks like legends will be an online-only mode. At least, that is the story so far.

Be sure to stick with us for more on this story in the coming weeks, and months. I'm sure we will have a whole lot more to digest soon.

What do you think? Are you hyped for Ghost of Tsushima Legends? Or are you more invested in single-player stories? As always, we want to hear from you, the gamer. So, feel free to air your views, down in the comments.