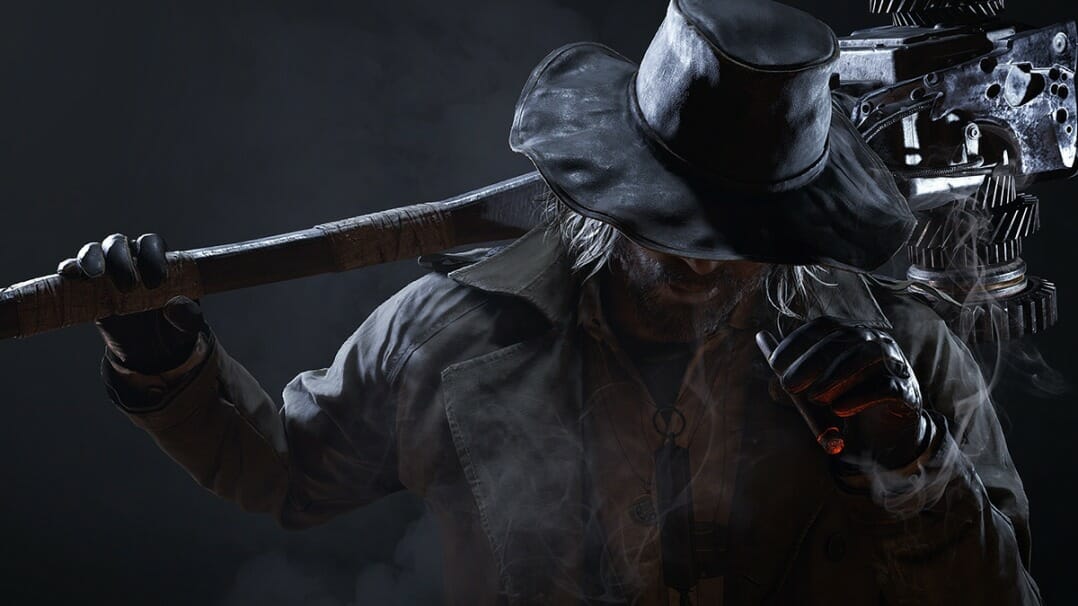 Capcom will drop a Resident Evil Village 60-minute demo this weekend. Better still, it will be available for an extended period, following fan feedback.

Because 24 hours simply isn't enough. It would seem.

Capcom is poised to release its last demo for Resident Evil Village this coming weekend. The final taster, set to grace Xbox, PlayStation, and PC, will offer up to 60-minutes of raw gameplay.

Most of which will take place in two of the game's key locations. For those that don't know, these include Castle Dimitrescu. The home of, well, who else? (that charming Tall Lady plastered all over the internet).

And, of course, the ominous Village setting itself. These two destinations have been available to PlayStation players in recent weeks but at separate intervals.

Capcom is looking to combine the two for a limited time, in the form of one spine-tingling bundle. Talk about a terrifying tease.

So, here are all the gory details on how you can experience the extended demo without further delay.

I hope you don't scare easy. If you do, then I suggest doubling up on undies now! 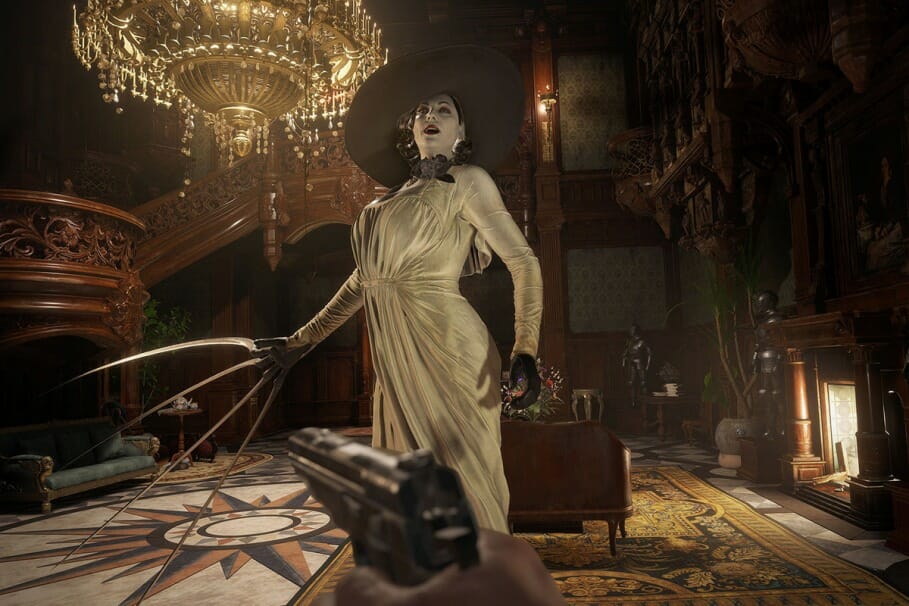 How to Download and Play the Resident Evil Village Demo?

As of writing, the demo, out this weekend, is available as a free download across several platforms. Although, it's worth checking your preferred storefront first.

That could be via either the PlayStation, Steam, Stadia or Xbox stores. The good news is, you can download the demo now, free of charge. Unfortunately, it comes with a caveat. In that, there's no taking Village for a test spin until the demo's official release date.

With that in mind, until 1 AM BST May 2, I'm afraid patience must prevail. But still, it's a good idea to prepare early.

Recently, Capcom has received some criticism over the demo's limited availability. Initially, they intended to release it for 24 hours, but following fan feedback, the company has decided to extend that time limit until May 10.

Recently, Capcom took to Twitter to announce the change in plans:

"We've heard your feedback and are extending the availability period for the final 60-minute multi-platform #REVillage demo," Capcom confirmed.

Without getting too swept up in all the excitement, there are a few things to consider before jumping headfirst into the demo.

Firstly, you will only have 60-minutes to put the demo through its paces. At surface level, it may sound like a decent deal of time. But with two settings to scout out, it's easy to get side-tracked.

That means, as soon as the allotted time expires, you'll be locked out of the experience. With that in mind, I suggest choosing your route and sticking to it. That way, you can give it your full attention.

Plus, there's always the final game to explore in greater detail. Also, if you manage to whiz through the demo in under an hour, you can always use the remaining time exploring any missed areas.

Above all else, make sure you play to enjoy. Besides, the last thing I want to be doing is stressing over how many minutes remain on the clock. Either way, I'm aiming to maximise the time I have. 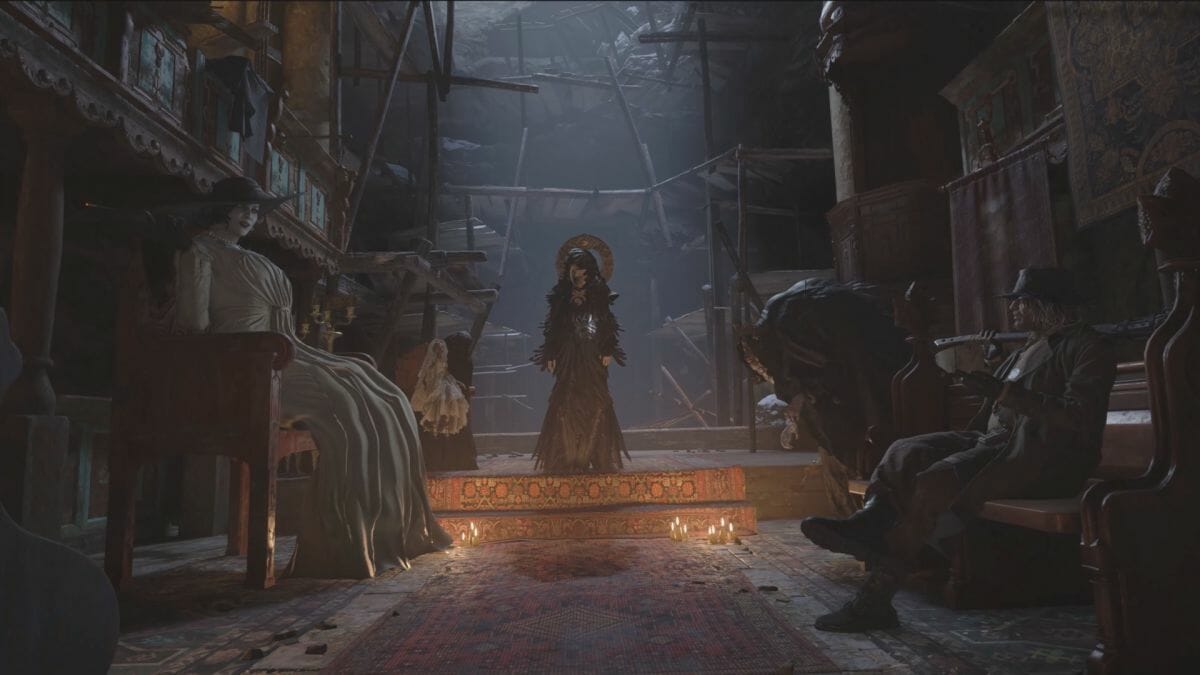 Resident Evil Village Demo | Can I Visit Both Locations?

In short, yes, absolutely. You can visit both locations in the game. On that note, the world is pretty much your oyster. Whether you spend the entire time exploring the Village or checking out the spooky castle in search of Lady Dimitrescu, the choice is ultimately yours.

Of course, if you only want to get a subtle flavour or feel for the game, you can always switch between them.

The critical question is, when does Resident Evil Village hit store shelves. Well, Resi fans won't have to wait much longer. Oh no.

Thankfully, the excruciating wait is almost over. Nearly there....

Capcom Hits the Ground Running In 2021

In recent years, the successes of Capcom have impressively come to light. During which, we've seen the initial Resident Evil trilogy resurrected to critical acclaim.

Not to mention the meteoric rise of Monster Hunter. An IP, currently experiencing significant success across platforms. From Sony to Nintendo.

In every sense, right now, the company is once again leading the charge.

Recently, we heard the news that Capcom would be releasing its Arcade Stadium collection. Essentially, a compendium of past classics. From the legendary Ghosts n Goblins to the iconic Street Fighter series, those looking for their nostalgia kicks have a tasty treat in store.

Looking to the future, what’s next for Capcom? Well, if the present is anything to go by, there's plenty of life left in the old dog yet. As soon as any further intel surfaces, we'll be sure to serve it your way.

Just remember, the Resident Evil Village demo has been extended but is still only available temporarily. If you want to get in on the action, be sure to leave a blank space in your calendar for this weekend.

Besides, you wouldn't want to upset dear Dimitrescu now, would you?

That concludes today's topic. What are your thoughts concerning Resident Evil Village? More importantly, are you pleased to see Capcom reverse its decision and extend the demo duration?

Perhaps you don't want to give away any of the game? And so, you plan to avoid the demo this weekend deliberately?

Whatever the case, we want your hot takes. So, please do share any suggestions below.