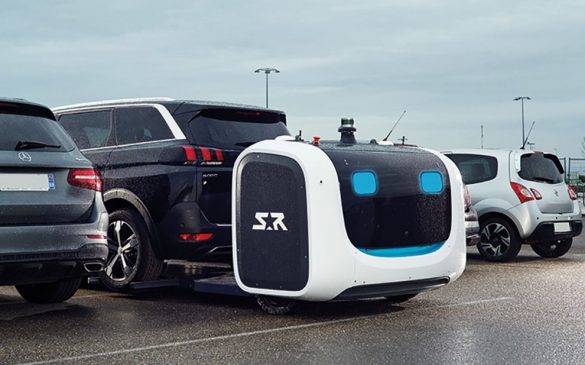 One of the stigmas of airport travel starts with the parking scenario, do you leave the car, get a friend to drop you off, will the car be safe, and most of all, how much will it cost to park it? Well now there is a different solution to this problem, Gatwick Airport are looking to trial an automated system that allows a robot valet parking machine to park the car for you.

Approved by Crawley borough council the airport would like the project to commence in April 2019 to optimise the car parking areas at its south terminal long stay car parks. The new revolutionary system is not yet established in the UK but has been used in other European cities such as Paris in France and Dusseldorf in Germany.

The company behind this new pioneering system is the French based Stanley Robotics which supply their “Standroids” to all the airports in question including the latest at Gatwick. The robotic system has been used in Germany since 2015 and is continuing to grow as the ever increasing space issue arises in congested areas or commuter lead environments.

Stanley Robotics pride themselves of working 100% with their clients ensuring that every detail is taken into consideration before the project is underway, from assessment to planning and construction to completion. The parking system can be adapted to existing parking structures, it therefore requires very little change to an existing infrastructure, making it much cheaper than other parking solutions, the whole process can be operational in just a few months

So How Does It Work?

Customers will be able to drop off their cars at a designated vehicle cabin, once inside the cabin the customer logs the vehicle into the system by inserting the reservation details into the touchscreen, the screen will confirm departure and arrival dates with the customer and secure the details, once this is done you await the arrival of the robot.

This system allows the customer to retain their keys with no need for luggage to be hauled between aisles of parked cars, and no doors being opened. Thus solving the problems of bumping other driver`s doors or bending mirrors and definitely no more arguing on who saw the space first.

Can you imagine looking at a row of 100 cars with both sides of their doors left open, how much space does that take up? With this new experiment there is no need for doors to be opened, so in theory you could get 50% more vehicles into the same space. Once the robot arrives, it sets about installing the lifting equipment, by sliding the carry platform under the tyres ready for transportation. The droid is capable of moving all types of vehicles to a maximum of 6 metres and can easily transport loads of up to 3 ton in weight.

Sensors attached to the robot allow it to avoid any obstacles or defects that block its path making the journey from pick up to put down uninterrupted. The car is then taken to a free space which is not open to the general public, the areas are specifically allocated for robotic movement which reduces the risk of damage or break-ins whilst the car is parked.

On your return, the service which is connected to your flight details, informs the robots of your arrival time and the car is positioned and waiting for your collection.Once in use the robots are completely autonomous, they are 100% electric making them considerably less likely to pollute the air, they also manage the arrivals and departures of vehicles without any human intervention.

Based on a wheeled rolling system with a hydraulic lifting device the robots are easy to maintain and service, companies like Bearingtech are able to provide the parts and accessories that keep these machines in tiptop condition. 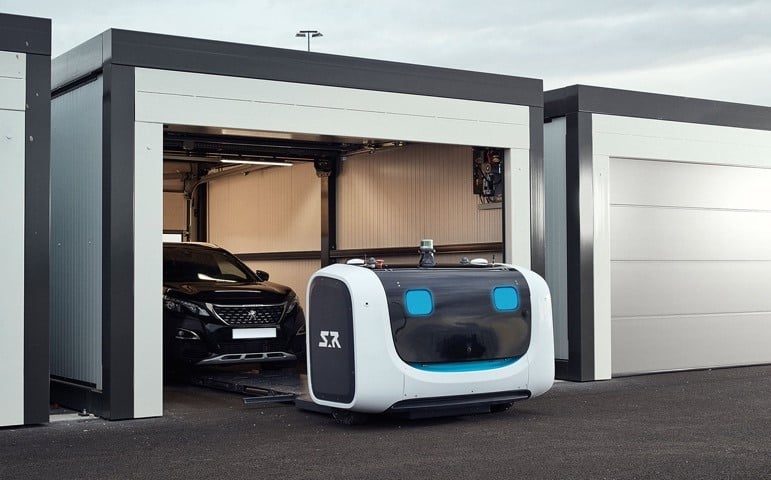 Being the first robot system that can move vehicles outside is very exciting, usually systems like these are practiced indoors, but by using the latest technology, the system is becoming very beneficial for all concerned either indoor or outdoors, especially as the programme is temperature resistant and bad weather immune.

Airport parking has come under scrutiny in recent years with stories of private valet parking services taking advantage of clients by parking their vehicles in nearby fields without any supervision and security being in place, some customers have returned to their cars to find them covered in mud instead of being in a safe clean environment, this new system stops that from happening.

After discussing the new system with air travellers the verdict was overwhelmingly in favour. One traveller explained “After many hours sitting on a long haul flight it is reassuring to know that you have not got to get off and start trudging through car park lots with an armful of luggage, how refreshing is it to just insert your details into the screen and wait, it is far less stressful and a lot easier".

This system by the sounds of it has all the markings of being triumphant, causing less strain and pressure on already tired travellers. It is safe to say that once the robots have taken your vehicle and secured it, they will be back!