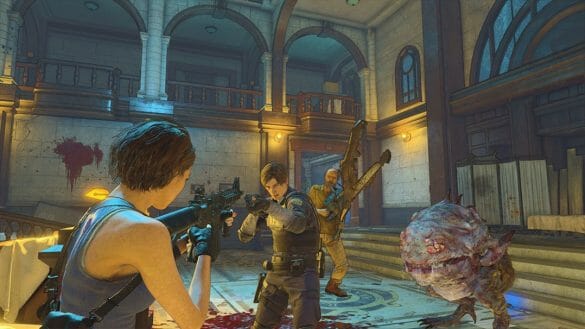 According to the official website, Resident Evil Village multiplayer mode, RE: Verse, will launch this summertime, 2021.

Currently, Capcom's attention remains fixed on the nearby launch of Resident Evil Village, which will mark the 8th mainline instalment to the ever-popular franchise. Yes, it really has been going that long!

Even so, that hasn't prevented the company from looking forward to the future. As is often the case with modern-day releases, some form of online multiplayer usual accompanies the core single-player campaign.

Down the years, we have witnessed the likes of Grand Theft Auto, Red Dead Redemption, The Last of Us, and even the Uncharted IP adopt this now established trend.

And so, typically speaking, the launch of a AAA title comes with an online multiplayer mode. That appears to be the way the world works these days. Of course, Resident Evil Village, one of the most hotly-hyped games this year, comes as no exception.

So, whether you're hearing about the Resident Evil multiplayer mode, RE: Verse, for the first time, or you find yourself simply seeking the latest scoop, today, we've got you covered. 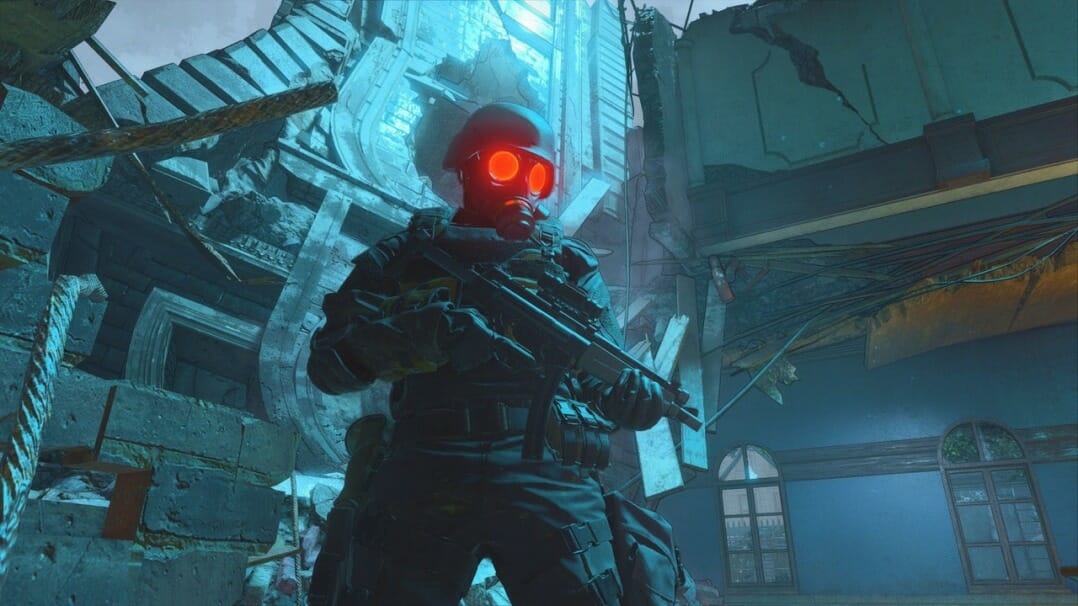 So, before we dive into the gory details, what is RE: Verse exactly? Well, RE: Verse is an additional multiplayer game mode for Resident Evil Village.

According to the official game website, the free bonus mode, initially forecast to release alongside the launch version of Resident Evil Village, has now been pushed back to a summertime release.

As it stands, it looks as though RE: Verse won't accompany the main game. Furthermore, we don't have an exact date for when the content will drop.

But do stay peeled for any additional intel. We'll be sure to deliver it, soon as anything surfaces.

Here is a summarizing word from Capcom about their upcoming multiplayer mode for those unsure about what RE: Verse is.

"In Resident Evil Re:Verse you can test your skills against other players in four to six-person survival horror revenge matches. Play as beloved characters from the Resident Evil series and turn the tides of battle with powerful bioweapons, Capcom states.

"Take part in 5-minute Deathmatches, where the player with the most points wins! Use the weapons and items you find to take down even more powerful enemies!"

The soon-to-be multiplayer mode also has a unique mechanic, which Capcom says will allow players to "transform into even stronger bioweapons."

"When your character is taken out, their body transforms into a powerful bioweapon which can be used against other players. Pick up multiple Virus Capsules to transform into even stronger bioweapons. Getting revenge with a bioweapon is also a great chance for more points!" 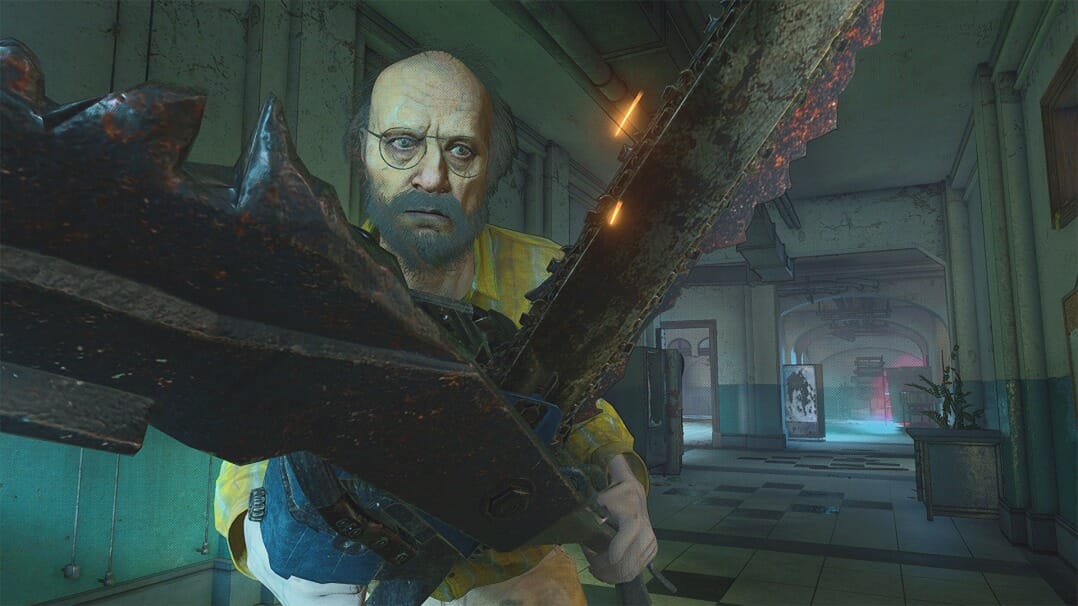 Good question. Resident Evil Re: Verse pits up to 6 players against each other in a traditional style deathmatch scenario. Playable characters will include such series favourites as Leon S. Kennedy, Jill Valentine, Claire Redfield, Chris Redfield, Jack Baker, Ada Wong, and of course, the coolest of them all, Nemesis.

Better still, this brutal battle royale will feature an exclusive comic book, which comes in a unique cel-shaded art style.

As for the state of the game so far, tests have been ongoing on Resident Evil Re: Verse with multiple betas indicating some potential technical issues. Perhaps the primary reason for the delay.

Yes. It's a bit of a bummer that Resident Evil Village will launch without Re: Verse. However, in the meantime, players will be able to play Mercenaries mode, which sees a welcome return to the Resi franchise.

Until summertime 2021, we will have to hold our horses for that multiplayer mode. At least, that's how it looks, as of now.

Be sure to stay glued for future updates. Besides, we are bound to discover more between now and release. 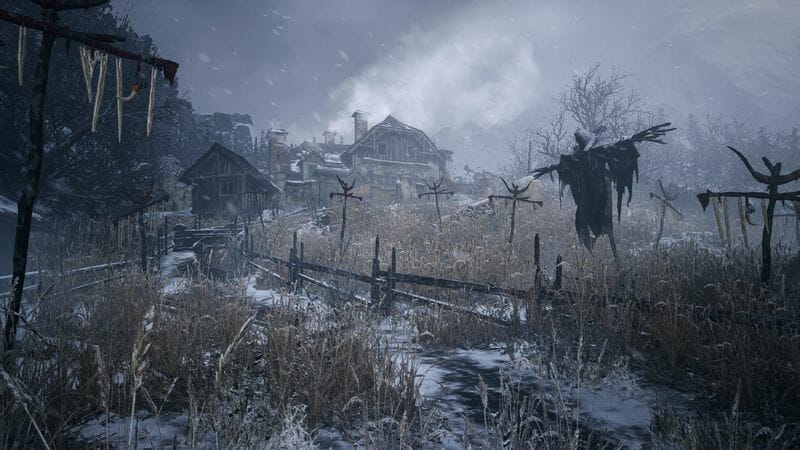 If you find yourself unsure whether to buy Resident Evil Village yet, I have the perfect solution. This weekend, Capcom is releasing an extended 60-minute demo.

Better still, it will be available for up to a week. Initially, Capcom intended to release the demo for 24 hours. But following fan feedback, Capcom decided to extend this period.

In recent years, Capcom has slowly but surely reaffirmed its status as a household name in the video game industry. Equally, the Resi series continues to sell well, despite its age.

We've seen the initial trilogy reborn for a new generation. Each entry being received well by both players and pundits.

Then there's the rise and rebirth of Monster Hunter. Even today, the classic series continues to receive high praise across the board. Mainly for its fun gameplay loop and solid multiplayer aspects.

Not to mention a rich roster of brutal beasts to face off against. Plus, there are just so many!

What is next for Capcom? Well, we will know soon enough. As for me, I'm keener on the single-player side of Resident Evil Village. But I'm old-school.

I know many out there would like to play the new multiplayer mode. I'll certainly be willing to take it for a test spin. How that shapes up, we will have to see what lurks up Capcom's sleeve.

But soon as any news comes to light, you can read it here first.

That concludes today's topic. What is your take on the Resident Evil Village multiplayer mode delay? Additionally, which are you most excited for, the single-player game or the deathmatch mode?

Lastly, which Capcom series is your most loved of all time? And why?

I know where I stand on this. But we want to get your impressions. So please do send them in below.

Starfield | The Next Bethesda Game | Everything We Know So Far