Resident Evil 3 Remake: What We Know So Far? 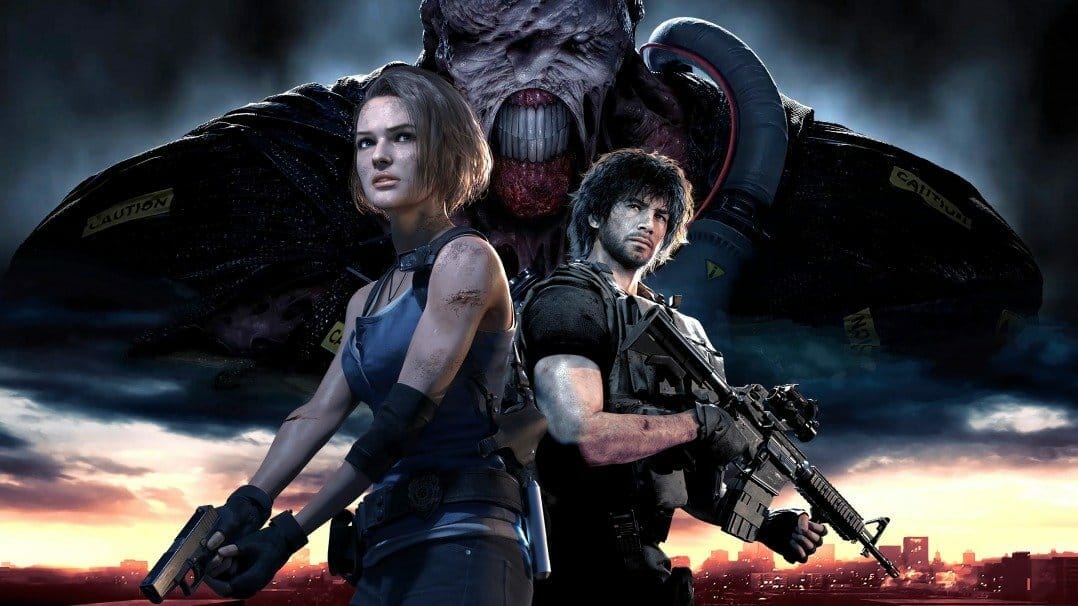 The Resident Evil video game franchise, otherwise known as “Biohazard,” in Japan, has been at the forefront of the survival horror genre since late 1990 with its first title, Resident Evil.

The series itself has spawned everything from merchandise to movies and doesn’t look to be slowing down any time soon.

However recently, Capcom has been bringing the older titles back in between its newer non-remake titles. 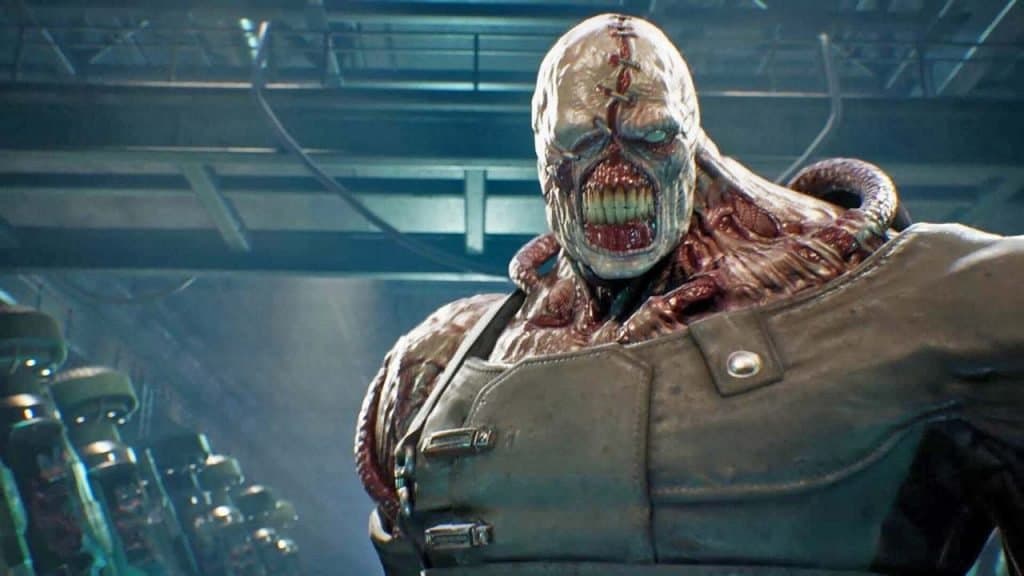 In order to know a remake, you need to know the original, and the original is titled: Resident Evil 3: Nemesis.

The reason Resident Evil 3: Nemesis was so beautiful at the time was because of how Capcom was able to have moving three-dimensional models over pre-rendered backgrounds. It really brought out the true horror aesthetic of the game.

Resident Evil 3: Nemesis was considered a commercial success. It was created to be a little more fast-paced than the first two Resident Evil titles and started to introduce enemies other than regular run-of-the-mill zombies.

Of course, one of the creatures introduced in Resident Evil 3: Nemesis was the titular character, Nemesis. Nemesis was an almost unbeatable protagonist that would often appear and chase the player through nerve-wracking situations.

It’s no surprise with how successful Resident Evil 3: Nemesis was with millions of copies sold and glowing review, that Capcom would completely remake the title for current-generation systems on a brand-new engine.

Let’s take a look at the remake of Resident Evil 3: Nemesis by first taking a look at gameplay changes. 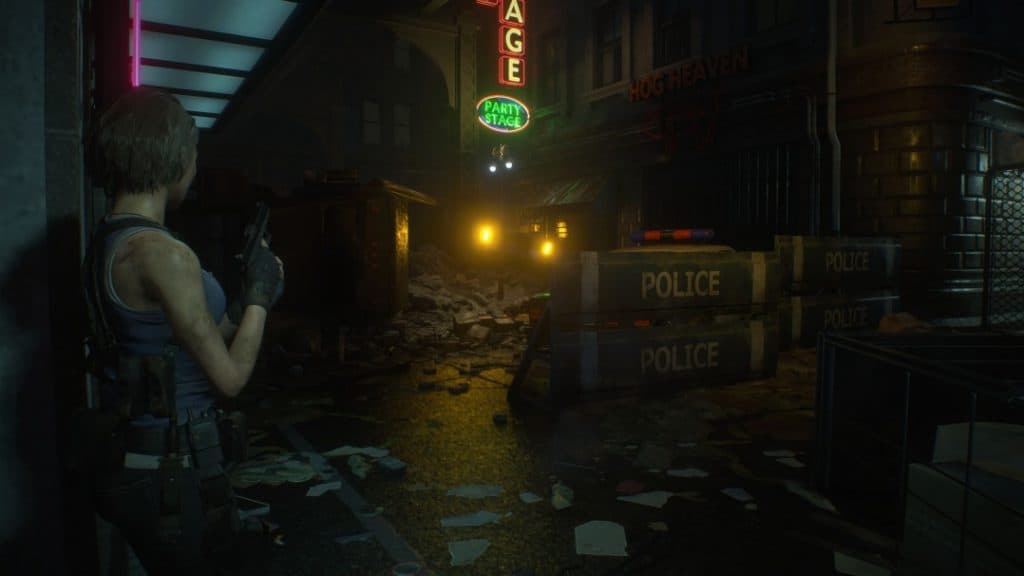 Capcom has released various playable demos at gaming events that allowed industry professionals and some gamers the chance to get a first look at the gameplay for the remake of Resident Evil 3: Nemesis.

One of the first gameplays changes that people noticed was the reimagining of Racoon City itself. Instead of being stuck in a maze of hallways with zombies and other creatures chasing you into dead ends where you end up succumbing to a virus-filled death, you get a more expansive environment than the original.

Of course, what is a Resident Evil title without feeling like you’re being jammed into a frightening corridor with nowhere to go but through whatever is chasing you.

In the remake, it looks like you’re able to actually move through different areas of Racoon City itself instead of just having it as a random backdrop in various scenes.

It’s like the city in the background in other games you never get to explore, but it looks like the Resident Evil 3 remake will expand on its environment.

That means places that were not accessible in the original Resident Evil 3: Nemesis might be explorable in the remake. 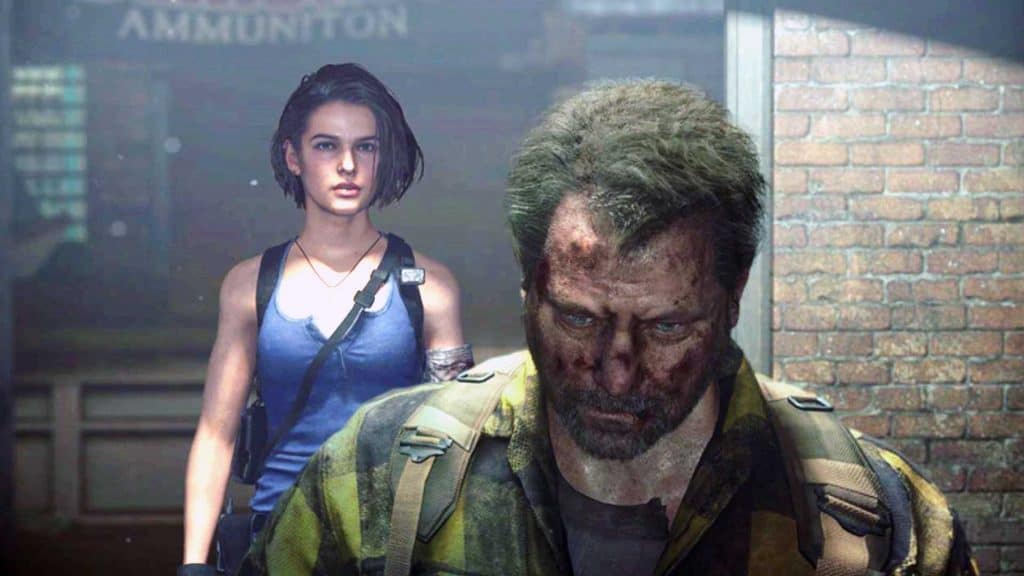 Of course, Resident Evil is nothing without their mainstay enemies: the zombies. Resident Evil 3: Nemesis had, at most, two or three zombies per encounter.

It wasn’t enjoyable once you got to the point where you had loads of ammo and easily killable zombies. At some point, you just got so overpowered that nothing could get in your way.

The Resident Evil 3 remake looks to add even more zombies to hopefully level you out and make the game a little more intimidating even in the later stages. What’s worse is, a zombie that you take out might not stay down for long.

Over the past two decades, the survival-horror zombie genre took over everything from video games to television. One frightening aspect of zombies that the zombie-genre started to get was realizing that one zombie itself wasn’t frightening.

In order to make zombies frightening, they had to put them in packs. Capcom realized this, and there is some gameplay that shows there’s going to be a little more focus put on the action side of gameplay.

Hopefully, it isn’t the travesty that was Resident Evil 5 when they thought they could experiment and try something new by leaning more into action than survival horror or puzzle-solving as Resident Evil is mostly known for.

Hopefully, Resident Evil 3 Remake is able to have the perfect mixture of fighting off hordes of zombies and figuring out puzzles that are keeping you from progressing through the game.

Another thing people are hoping for is an increase in the amount of ammo that you can find or create in the game. 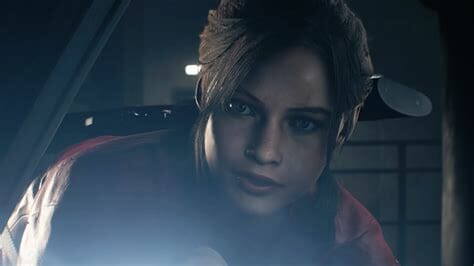 Of course, why raise the difficulty and then raise the amount of ammo you find? That’s not really raising the difficulty at all. That’s just making things level, so don’t expect to just steamroll your way through the content.

You might have to be strategic with your ammo and weapon use. Just make sure you’re finishing off the zombies when you kill them because it looks like if you didn’t take off their heads, then you might see them get right back up.

Resident Evil 3 Remake looks to also had an active time manoeuvre-type gameplay that will add to the action-focused aspect of the game.

That means you might get some cool slow-motion kill camera shots as you would see in games like Skyrim. There is still so much we have yet to see through demos, but the game isn’t that far off. At least we know it looks great on the game engine.

Let’s take a closer look at the game engine that Resident Evil 3 Remake will run on.

The Resident Evil 3 Remake will run on an engine developed in-house by its developers, Capcom. It’s an engine so powerful that it could make human skin look very realistic on their characters.

In fact, the engine, known as the RE Engine, was made with the goal of photorealism in mind by using models wearing the costumes of the characters in the game. It’s an engine Capcom debuted with Resident Evil 7, and that game was praised highly for its graphics. Capcom also used the engine for their Devil May Cry 5 title, so look for Capcom to continue using this engine until a newer and better one is developed down the road.

One of the more impressive feats of the RE Engine is what Capcom is doing with the redesigns of the iconic characters from Resident Evil 3: Nemesis. 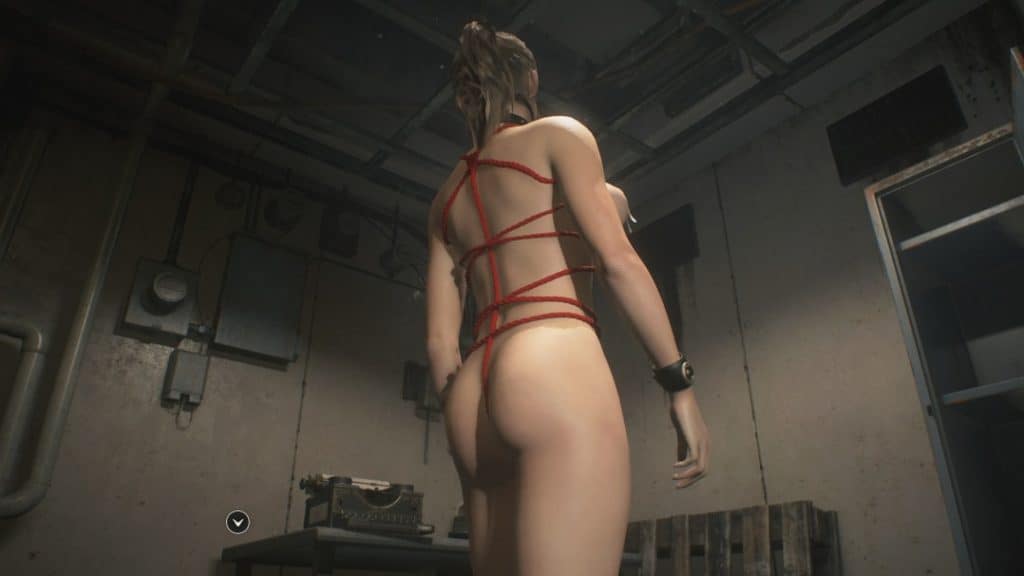 When you remake a game, you have to update the character designs and those faithful to the original Resident Evil 3: Nemesis might not be too happy with the fact that one of the iconic characters, Jill Valentine, is getting a complete makeover along with the other characters in the series.

One explanation provided in defence of the character redesign is that Jill Valentine’s clothing in Resident Evil: Nemesis might not hold up much today. They really just wanted to modernize her in a way that would fit today’s style.

Jill Valentine goes through some really stressful situations in Resident Evil 3: Nemesis, and it looks like the gameplay for Resident Evil Remake will put her in evil more precarious situations that don’t merit wearing a strapless low-cut crop top.

Remember, she is in a survival horror game where her whole existence is not getting infected by the enemies you’ll face while playing her, so she needed to cover up a little more. 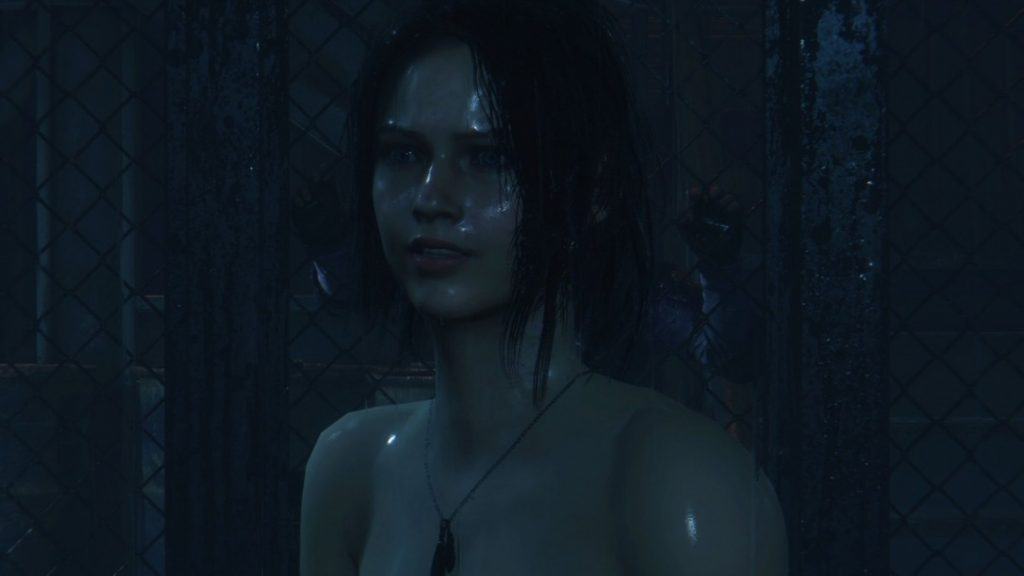 When the title was revealed in 2019 at the Tokyo Game Show, many believed the title was just going to be a spinoff known as “Project Resistance.”

It’s not going to be the traditional multiplayer like you would find in a Call of Duty title. It will be a multiplayer title where four players need to team up against one person who is the bad guy.

The multiplayer will have a group of four players, who have their own abilities and skills to utilize, into a room that they have to escape from.

In order to escape, the four players need to work together to solve puzzles and make their way out from a number of situations while the fifth person tries their best to kill them. Imagine a Left 4 Dead-style zombie cooperation game, but with the Resident Evil aesthetic and more puzzles.

As mentioned before, each character is going to have their own skills and abilities. One character has the ability to hack into security cameras that the evil character is using to locate the team.

Another character has the ability to locate items and heal other characters. One character’s entire purpose is just to fight with powerful melee damage.

Resident Evil Resistance is going to be exciting as you’ll have to work together as a team while looking for weapons, ammo, and healing items while trying to progress through each objective. 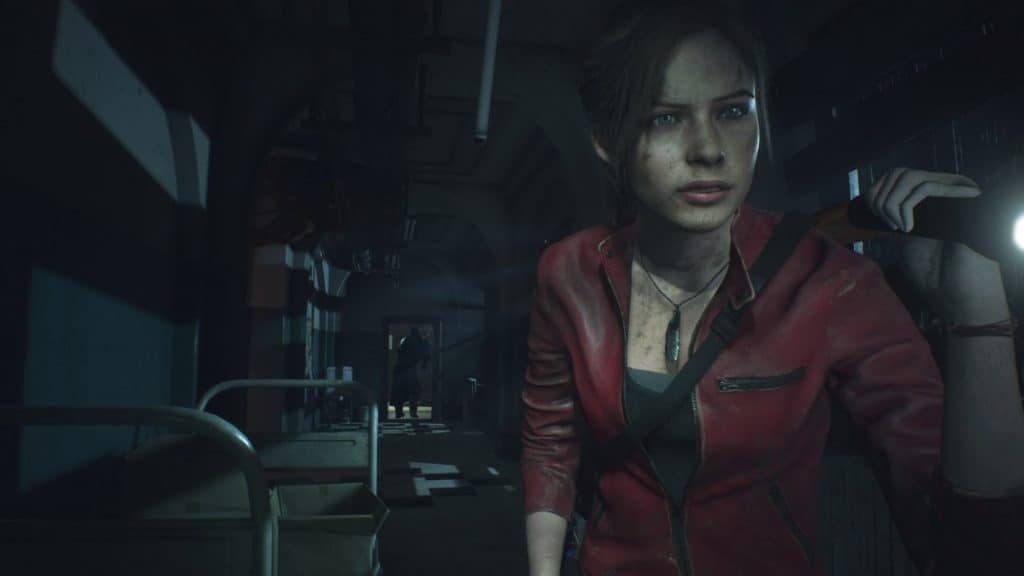 It’s all about moving on to the next area before you are killed. This looks to be the only multiplayer mode the Resident Evil 3 Remake is offering, but it’s an exciting one that doesn’t seem to go stale for years to come.

Those who do not have a GameStop nearby would be disappointed to know that the Resident Evil 3 Remake: Collector’s Edition will only be a GameStop exclusive. However, it will be available soon for delivery.

Unfortunately, it will also cost up to $200 for the collector’s edition. Let’s take a look at what will be coming in the Resident Evil 3 Remake: Collector’s Edition.

The collector’s edition will also come with a Jill Valentine figure. It will be an 11-inch figure based on her new design for the remake of Resident Evil 3 and not the original Resident Evil: Nemesis. This is a great item for figure collectors.

There will also be an art book that comes with different reports and photographs from Racoon City taken by the Umbrella Corporation for those who want to dive deeper into the lore.

What is a collector’s edition without a poster you can hang up to show your fandom for the Resident Evil series? It will be a double-sided poster depicting a before and after style artwork of Racoon City before and after the zombie outbreak.

While the Resident Evil 3 Remake was announced during a PlayStation event in 2019, the game will release on Microsoft Windows, Xbox One, and PlayStation 4 on April 3rd.

We’re looking forward to the next instalment for the Resident Evil series.