How Much RAM do you Need for Gaming? 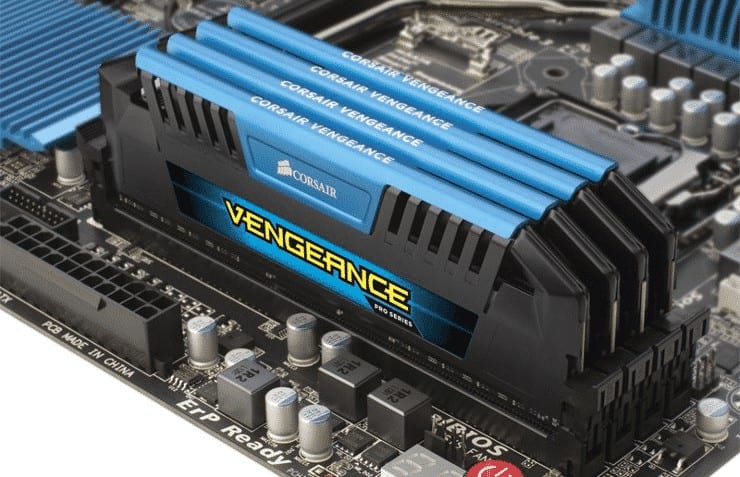 When did RAM became such a vital part of the PC cogwheel? No, not the male sheep. When your computer specifications speak of memory, it refers merely to as RAM (Random Access Memory). Well, for the non-techy, I guess you have heard of it but do not have any idea of what it entails. It is made up of two or four small memory chips depending on your computer. Having a good enough RAM is an important thing in a laptop and most especially in a gaming PC. For a very long time, many have had issues of RAM. In the current generation, computers manufactured have different RAM spaces which range from 4GB mark up to 32GB.

Different RAM Spaces and their Uses

2GB RAM - Only found in budget tablet designs. They are perfect for them, but still, you will need more than that on a laptop or your home desktop.

4GB RAM - It’s an entry level that comes with budget notebooks. It works fine with gadgets like windows and the Chrome Operating Systems.

8GB RAM - It’s an excellent component for windows and MacOS gadgets system and the most recommended for different game settings.

16GB RAM - An ideal RAM for professional work and most of the global demanding games.

32GB RAM and beyond - It’s for enthusiasts and purposely for built workstations only.

Quick Navigation
Different RAM Spaces and their Uses
The Balance Between Your PC Capacity and Speed
The DDR4 and DDR3 RAM
RAM Recommendation for Games
Play On-board Graphics
Minimum Memory
What Should You Get?
What Role does RAM have in Gaming?
Single Module vs Multiple Modules
RAM Facts
To Conclude

You need to put in mind that buying more RAM that you will not put into productive use is just a waste of money and resources. Buy the crucial things wisely and spend the rest of the money on other components such as central processing unit (CPU) and graphics card. Random access memory is often confused with the long-term storage. At some instance, manufacturer or the retailers will tend to mix up the terms. A good RAM computer will favor the room of many progRAMs simultaneously. But do not forget that Random Access Memory is not only the determinant. After all, you can open many progRAMs technically at once even with RAM that has small capacity. The only problem you will endure is the system that’s working slowly.

The Balance Between Your PC Capacity and Speed

When you are gaming, consider focusing your efforts on the PC capacity and its speed. If your PC has a fast GPU, it will improve the graphics performance. It will provide you options to choose the highest graphics settings and resolutions. CPU-bound games such as the Civilization V need a faster CPU to help in the calculation of games in the PC background rather than just rendering some of the graphics. If you have a solid-state hard drive, then be sure of faster loading times compared to the mechanical one. Is RAM different? Yes, we can’t disagree with that.

The DDR4 and DDR3 RAM

DDR4 is slightly faster than the DDR3, but the speed of each in a PC is entirely a minor thing. You only have worries about how much RAM you will have, and not how the fast the RAM is. To avoid data swapping out of the hard drive, you need to have RAM that has enough space. The progRAMs that your computer uses in an operating system (OS) has a memory print. Swapping will only make your PC to be slow. How much memory you need depends on the progRAMs you want to install, run and use in your computer. If your computer needs a web browser and desktop progRAMs, then 4GB RAM may be sufficient for it to run properly. A computer that will store robust, diverse applications, databases and virtual machines, even the 32GB for workstations and inbuilt will not be enough for it to run smoothly.

In the recent past, games that were created worked on every gadget. But for this new generation, many of the games are cross-platform. They are merely designed to work on Xbox and Play stations games. Both of these play box games (Xbox and PS4) have designed with 8GB RAM. So there is a surprise that any recent games need 6GB and 8GB RAM to work on the PC. So before installing any games, you have to make sure how much capacity your computer had since some games require more RAM than that in the computer. You need to know that more RAM isn’t necessary for graphic settings games improvement. Some of the top quality games require different RAM. Such are:

When you look at the numbers, you can see clearly that you need an average of 8GB RAM for your gaming PC to play smoothly.

When you want to play onboard graphics games, your PC needs to have a discrete NVIDIA graphic card. If you're going to purchase a computer for gaming, then avoid built-in graphics game cards PC. It’s because they are much slower. The more you stuck with them, the more you will need more RAM. Your PC needs to have discrete graphics cards of their video RAM. It’s mostly used for textures and separate from your PC standard RAM. On the hand, onboard graphics RAM usually reserves a portion in that same one RAM instead of providing an external one. It merely means that the speed of the RAM can make a huge difference.

So how much RAM do you need to have a good gaming experience? Many PC games usually are accompanied by a diverse range of memory options. But the minimum RAM that you can get in the market is 4GB. It’s both for laptops and desktop gadgets. A system can run most current games with 4GB RAM, but there is a drive that you want to meet better playability. With a laptop, you will have the better capability with the 8GB minimum. The more memory that you have will help you get the best performance processor. Do not have hopes of visual improvements after you have upgraded your gadget memory. You need to know that gaming is graphics dependent.

Before purchasing a RAM, ask yourself “should I get a 4GB, 8GB or 16GB of RAM?” Well, 16GB recognized as the safest way to go. It has more future proof and will sort out your needs entirety of your computer life-span. 8GB is more viable if one has a tight schedule. It will not only cut your budget costs but will put you in a comfortable position when you want to game.

What Role does RAM have in Gaming?

When you are in the middle of a game, all the relevant data sources that your computer/laptop accesses ensure that the game runs smoothly in excellent condition and without any interference. It’s stored in the Random Access Memory. In the past picking, a RAM was a bit trickier. It was because each game has different requirements. Nobody knew the real “PC gaming” back then as they had different needs. In a recent generation, the situation is entirely different. Why? There are operating systems that support more RAM like the 64-bit operating system. It was after the 32-bit that became the norm, because the 32-bit operating system only supported a maximum of 4GB of RAM. Most of the motherboards support memories that are dual-channel. At some sure high-end motherboard can even help a quad-channel. I guess you are asking yourself if dual-channel will give a drastic performance boost? Sure it will, but it can never be noticeable in gaming. Multiple RAM modules are cheaper and easier to remove and replace new ones in case of the failing. If your PC has a single 16GB and it has some malware functions, be sure that it will be out of commission up to when you have the chance to replace new ones. If your computer has two different 8GB modules and for instance one of the modules fails, you will still have the benefit of using your PC. A spoiled 8GB module will be slightly cheaper than buying a 16GB module.

RAM stores anything that you load whether a file or an application. The RAM module storage is slightly much faster compared to those that used in storage drives. It makes them favorable for active but not advisable for storage. RAM is primarily a short-term memory part of the “brain” that allows you to have information faster and recall every information needed immediately. If you don't take up the chance of saving your data to a hard drive, then I am sorry you won’t access it after the RAM finishes with it. The more Random Access Memory you have, the more data you will store in your PC. RAM will enable you to translate better performance and higher multi-tasking and brings out your processor ability that your hardware has. It’s something that has an art of balance. When your PC has a little RAM space, your PC speed reduces whenever you bog it down. Your memory PC will serve as the immediate storage accessibility for any operations done on your computer gadget.

Decide on which RAM you want to set up on your computer. Generally, more RAM in your computer makes it more pleasant. We certainly do not recommend against the use of 32GB. But if you are checking or looking out for the best ways that you can improve your frame-rate well, a video card will be the right choice for you. It will make much difference than you going from 8GB RAM to 32GB RAM. It won’t have any effects and changes at all. No need for that. Before one goes for specialized memories, first look at the RAM that is compatible and has high speed mode. A RAM for a gamer is one that is fast and has a better capacity of withholding the game without any interference.

Mechanical vs Membrane Keyboard – Which One Should I Choose?

Great article. I’d also add that RAM requirements for games tend to vary with the OS as well. I agree that 16GB is the way to go for 2020. Even Cyberpunk 2077 lists 16GB as the recommended requirements. Can’t wait to play that btw!