QLED vs OLED – Which Is Better?

Doesn’t a modern home feel incomplete without that TV set to watch movies and shows from the comfort of the couch? After all, you need a great TV set to maximize your streaming services.

The point is to create your home theatre, so a big screen makes it more authentic while a good audio system enhances the viewing experience.

There are tons of TV models out there, and unless you have been keeping up with developments, it is reasonable to feel confused as to which one you should invest in. Price is not the only factor to consider because different kinds of TV technology (LED, LCD, Plasma, OLED, and QLED) have their own unique features that greatly affect the viewing experience.

You will want to look at the details to decide which one to buy.

What Are The Differences Between OLED and QLED? 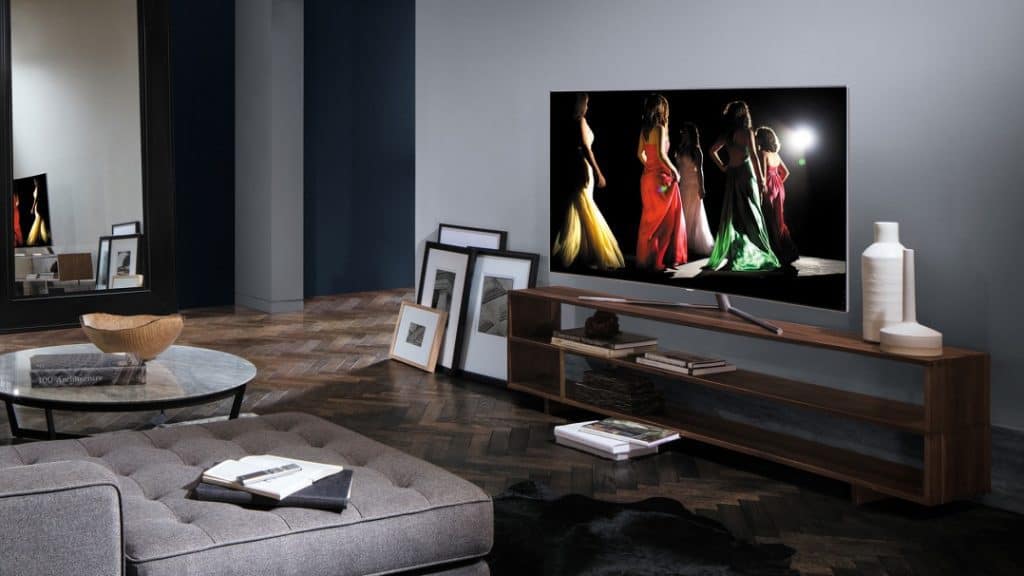 While most of the TV models on sale are LCD technology, which has been around for a while now, other kinds of TV have sharper images that make a huge difference in your watching experience.

OLED, which stands for Organic Light Emitting Diode, is a bit more expensive than LCD, especially when you buy a bigger TV. The technology is vastly different from LCD, specifically because the pixels emit light on their own instead of using an LED backlight to produce light.

This is why this kind of TV is called so because it uses emissive display technology. The picture quality effects that can be produced may favour LCD and QLED, but most will benefit OLED.

QLED, on the other hand, is short for Quantum Dot LED TV. It is a different version of LED LCD technology because it has an added quantum dot film. It is still transmissive that it needs an LED backlight.

However, these quantum dots, which are microscopic molecules, emit their own light when hit by the backlight. The dots are also contained in some film. The light inside also travels through some layers inside the TV, which includes a liquid crystal (LCD) layer.

Should You Buy An OLED TV? The Pros and Cons 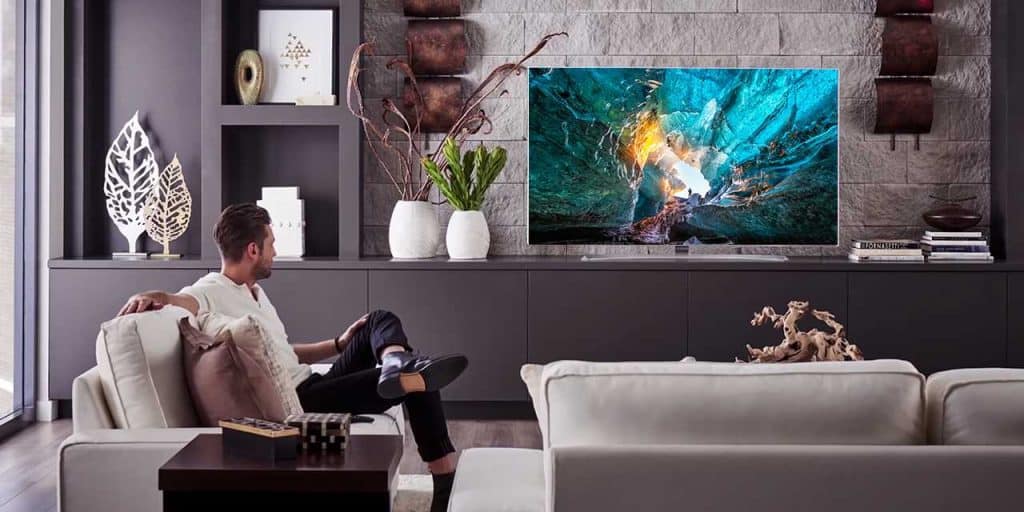 Describing the difference between OLED and QLED technologies does not really help with deciding which to buy, especially if you are not very tech-inclined. After all, what happens behind the screen is less important so long as you get great picture quality.

Thus, it is better to compare the actual viewing experience and how they visually differ.

OLED’s biggest selling point is the great contrast and black level. In fact, the black level is one of the biggest factors to consider when it comes to image quality. The blacker your screen is, the better contrast you have. Because OLED is emissive, it turns unused pixels completely off to create a blacker colour and starker contrast.

This does not come without a considerable disadvantage. The pixels of OLED TVs have a relatively shorter lifestyle in comparison with others. This leads to that infamous “burn-in“ or permanent image retention. This is characterized by a sort of shadow left behind after a specific image appeared for a while on screen.

Even when a new image comes, you can see a bit of this shadow. Fortunately, this happens rarely, unless you happen to watch something that has a logo on a corner for hours at a time.

Another possible disadvantage of OLED TVs is the price. It is pricier compared to other TV sets and is not as easy to customize. This means the smallest model you can find out there is currently at 55 inches, though a 48-inch might be available in the future.

Lastly, OLED TVs have the disadvantage of not being able to reach the same brightness levels of TVs with a dedicated backlight. Still, the lack of this LED backlight has a huge advantage of being more energy efficient because it requires a lot less electricity.

Should You Buy A QLED TV? The Pros and Cons 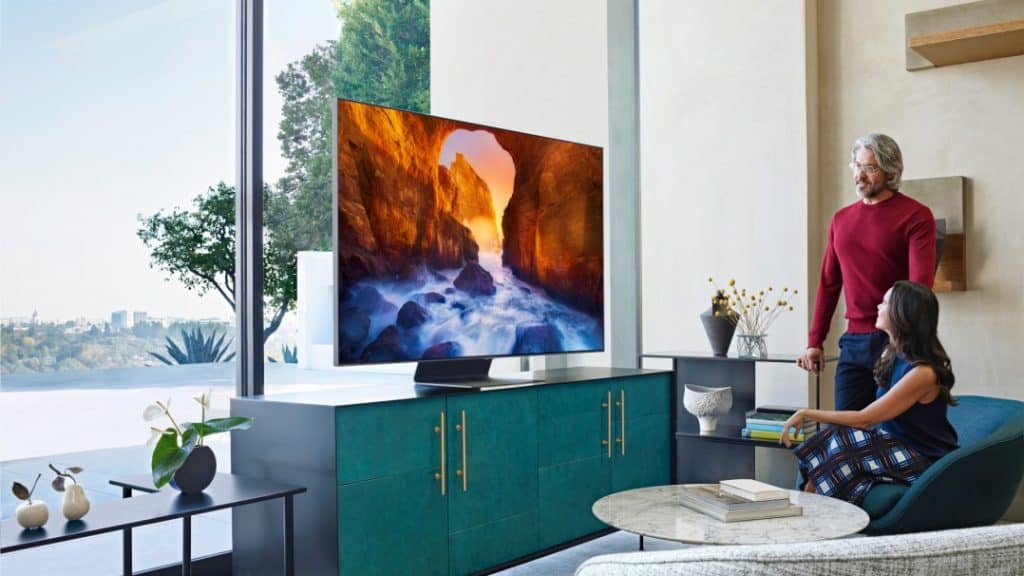 OLED TVs can make the screens a lot darker to achieve great contrast but QLED displays, on the other hand, are much brighter. Thus, it is a great choice if you have a brighter room and if you are watching shows and movies in HDR quality.

A huge advantage of QLED TVs is the availability of different sizes, from 43-inch to 98-inch models. Thus, you can find just the right size you need for your home theatre. They are also much cheaper compared to OLEDs.

Newer models have evolved from the standard QLED technology to incorporate emissive technology like OLED and plasma. They used a direct-view quantum dot, which dispenses with the layers of liquid crystals and uses the quantum dots as a light source.

Still, QLED cannot compete with OLED when it comes to contrast. Even the top QLED models with the most effective full-array local dimming still let some light through. This will still come out washed-out, greyer levels of black as opposed to the stark black of OLED. Plus, there is a bit of blooming around the bright sections, so the contrast is much lower.

QLED vs OLED - Which Should You Buy Then? 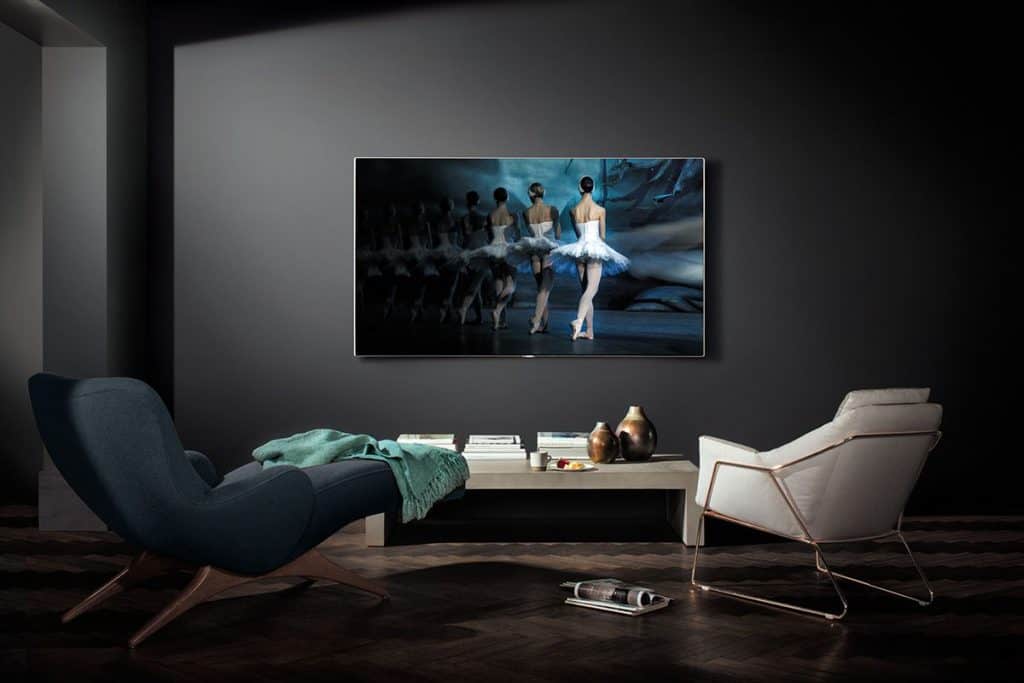 As with many purchases, personal preference matters a lot when deciding which TV model to buy. In terms of viewing quality, OLED is clearly a winner compared to QLED. This means, if this matters the most to you, then it is obvious that you should get an OLED TV.

The limitation of burn-in risks is simply something you will have to live with as a consequence of having top-quality visuals.

On the other hand, if you are looking for affordability and smaller TV model sizes, then a QLED has more to offer. While they do not have the same contrast quality as OLED, the display has its advantages (better brightness levels). Plus, there is almost a 0% chance of burn-in.

In the future, manufacturers might be able to incorporate the features of both in order to develop superior TV models with both top contrast and brightness. Until then, you will have to choose where your priority lies and make your decision based on that.

How to Connect Phone to TV With USB...