Kobo Aura Edition 2: Cheapest E-Reader But Does It Meet Our Standards? 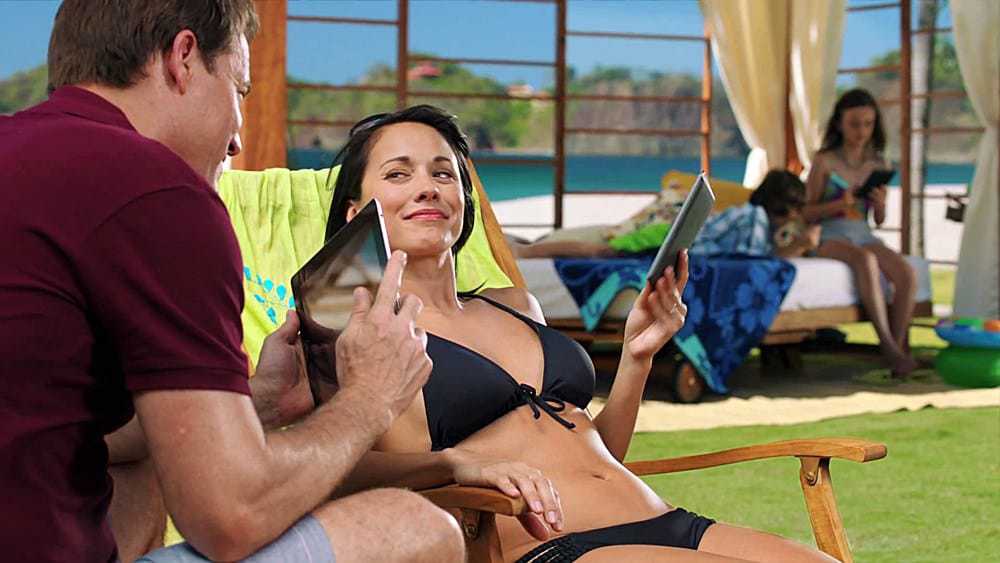 ​Cheaper Kobo E-Reader But ​Is It A Consumer's Delight?

If you are in the market for a new e-reader, you are probably familiar with Amazon's Kindle lineup, Barnes & Noble's Nook and the myriad of devices from Rakuten's Kobo line. I've covered the Kobo Clara HD and the Kobo Aura ONE in previous articles. With their varying price ranges and the fact that they have more devices than any other popular company, they really have a lot to offer for pretty much any consumer.

The Kobo Aura Edition 2 is Kobo's least expensive e-reader. At $119.99 it's clear that Kobo has Amazon's Kindle Paperwhite set in its sights. The real question is, does the Aura stack up to the Paperwhite? Amazon has been at the e-reader game for a lot longer than most, and it shows. Amazon brings quality in both devices, as well as services. So what does Kobo bring to the table with the Aura and does it make sense for buyers? There is a lot to look forward to with the Aura. It's built solidly, it's affordable, it's got bookmark integration across all of its apps and it supports tons of file formats so that you can upload pretty much any book that you already own. Strangely, however, most of the pros of this device are overshadowed by one of Kobo's own devices, the Clara HD. It almost makes you wonder if they plan on replacing the edition 2 or discontinuing it at some point.

Firstly is the cost. Kobo is priced at $119.99 which is exactly the same cost as the Kindle Paperwhite. For what you get, and the amount of time that this device is likely to last you, this is a fair price for either device. For Kobo, this is the cheapest e-reader that they carry.

For Amazon, this is their second least expensive device, followed up by the standard Kindle, which while it lacks in a lot of areas, costs a mere $79.99.

The Aura Edition 2 comes with 4GB on board. This is standard for e-readers nowadays and Kobo estimates that you will be able to store up to 3000 books on your device no problem. This is awesome because last time I checked, I didn't have nearly that many books.

It should be noted that the Clara HD, also from Kobo, Includes 8GB of storage for $10 more than the cost of the Aura Edition 2. This means over twice the stored books when you consider that the operating system takes up some of the original 4GB on the Aura.

ComfortLight is Kobo's word for backlight and it's pretty standard. You are able to adjust the light to your liking so that it's not too bright at night or too dim during the day. We find this to be perfectly suitable for basic use.

It is unfortunate however that Kobo didn't include their ComfortLight PRO feature that allows you to adjust the temperature of the screen, which eliminates blue light and allows you to read for longer periods of time without straining your eyes. This is especially handy at night or if you are just someone who loves to read a LOT.

You also don't get any auto adjustment of the light. This means that you will have to manually adjust your backlight if it is too dim or too bright, which depending on the situation, could potentially detract from your reading experience.

It should be mentioned that the Clara HD includes ComfortLight PRO which auto-adjusts its screen brightness as well as reduces blue light exposure. This all can be had for ~$129.99, just $10 more than the Aura Edition 2. The Kindle Paperwhite offers similar lighting to the Aura and also lacks the blue light reduction.

The build quality and design of the Aura Edition 2 falls in line with the rest of Kobo's selection. It's black, with a textured back, thick bezels and a big blue power button on the back corner of the device. The bezels can be forgiven because it's nice to have something to hold when you are reading. That way your finger doesn't cover the text, eliminating the need to reposition the device a lot as you progress down the page.

The Kindle Paperwhite is pretty much the same. It's also black with thick bezels, an identically sized screen and a power button on the bottom. We wouldn't blame you if you thought they were the same device out of the corner of your eye.

Both the Paperwhite and the Aura Edition 2 have E-ink Carta displays, meaning that they both have outstanding battery life. Both Kobo and Amazon claim weeks of battery life from their respective devices. This is good because these are devices that you can toss into your bag and take with you pretty much anywhere.

This is where Kobo shines. All of their devices are pretty much unrestricted as far as the content that you can load them up with. In fact, Kobo says that their devices will read EPUB, EPUB3, PDF, MOBI, JPEG, GIF, PNG, BMP, TIFF, TXT, HTML, RTF, CBZ, CBR. So not only can you load up your standard ebooks (EPUB), but also everything from PDF's to Image files.

There is so much versatility here and if you have your own books, you are almost 100% guaranteed that your Aura will be able to read whatever you throw at it. This is all on top of Kobo's own store, which, while not as robust as the Kindle store, still contains tons and tons of titles.

While Amazon uses the Bookerly font, which does look really good and will not disappoint, Kobo has them beat with the ability to pick from "11 different fonts and over 40 font styles" and "exclusive font weight and sharpness settings." This means that you can fine-tune the font and the sharpness of your Kobo device to your liking. There aren't really a ton of cons, but since this device can be directly compared to the Amazon Kindle Paperwhite, it pays to be extra critical of both what you are getting, as well as what is left out.

There is also another reason to be critical of the Aura Edition 2 and we've mentioned it already. The Clara HD, which we gave a raving review, costs only $10 additional dollars than the Aura and has way more features, a better screen, better backlighting, more storage, etc.

The display on the Aura Edition 2 is passable. It's the same 6" Carta E-ink display that the Paperwhite uses. The only difference is that the Paperwhite uses a 300ppi display, which stands for pixels per inch. For comparison, the Aura Edition 2 uses a 212 ppi display, which is significant when you consider that you are talking about almost 100 pixels per inch in difference.

This translates to blurrier text and images and a more difficult time reading for extended periods of time. This is a bummer because, yet again, the Clara HD has a 300 ppi display for just $10 more dollars. If screen quality is what you are looking for, this is not the device for you plain and simple, there are just too many other options from both Amazon and Kobo itself to justify spending the money here.

Amazon includes Cellular as an option in most of its devices. Kobo, on the other hand, has yet to take this step for some reason. Granted, the LTE Paperwhite is more costly, it grants you the ability to keep your books updated from anywhere that you have cellular reception.

It's not necessarily a dealbreaker, but it would be nice to see this feature in at least a couple of Kobo devices in future iterations.

Amazon has been at the Ebook game for a while. They started as an online physical book retailer and have expanded into ebooks and audiobooks. This becomes apparent when you look at the difference in content between Kobo's store and Amazon. While this may change with time, for now, if you are primarily reliant on a store as opposed to your own books, the Paperwhite might be an option to consider.

None of Kobo's devices include audiobook support at this time. This is kind of a bummer considering that audiobooks are a rapidly growing market and it is nice to have a dedicated device that you can use to listen to your favorite books without relying on your smartphone and draining its battery.

We have to be fair though. Amazon does not include this feature in the Paperwhite. In order to have audiobooks on a Kindle e-reader, you will have to turn to either the introductory Kindle or the premium Kindle Oasis. This is sure to change with future iterations but for now, it's not in either of these devices.

The Aura edition 2 is an odd device. It lacks a lot of features that can be had in its own Clara HD for hardly any more money and it doesn't include as robust of a store as Amazon has in its Kindle devices. It seems reminiscent of the Kindle Voyage in that it is being cannibalized by Kobo's own devices. Because of the cost of the Clara HD and the size of the Amazon store, it's really hard to recommend this to really anyone.

If you are looking between the Kindle Paperwhite and the Kobo Aura Edition 2, it would be a wise choice to pick the Paperwhite. If you aren't married to the Amazon store I would really take a look at our review of the Kobo Clara HD. For $10 dollars you will get better backlighting, twice the storage, and a lighter device.

Now it's your turn! What do you think about the Aura Edition 2? Is this a device that you've been looking at? Have you also wondered why it offers so little compared to some of Amazon's, and even Kobo's own offerings? Do you already own an e-reader? If so which one and why?

As always, let us know in the comment section and tell us all about it!

IoT Security – How To Stay Safe In 2023 and Beyond

What Does Ad-Supported Kindle Mean?

You forgot to mention with Kobo superior Overdrive support. Kindle does have Overdrive yes but only in the U.S. and only with standard books — people wanting picture books and graphic novels need not apply. Kobo’s Overdrive works in U.S., Canada, and I can imagine other countries, and you can borrow anything.

I bought an Aura Edition 2 on sale for $99CAD ($75 USD) and really like it.  You are absolutely correct that if it was just a $10 difference, hands down I would’ve chose the Clara, but I’ll wait for that to go on sale then give the Aura Edition 2 to my 9 year old who uses mine to read books before bed time.

The Aura series includes a MicroSD slot, which the Clara HD does not. Many people have a preference for expandability.