Is It Best To Use VPN with IPTV? 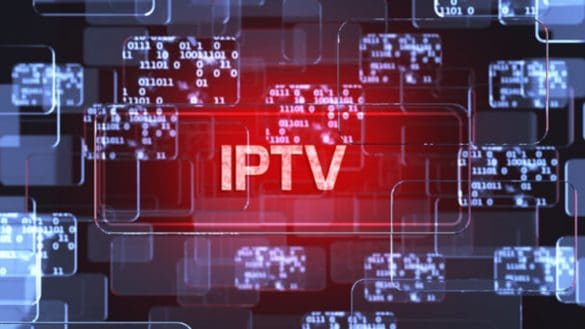 In recent years, IPTV has exploded in popularity as a cheaper alternative to traditional cable television. As the service continues to grow, so too do increased concerns and questions regarding issues like privacy, security, and access.

Enter VPNs. VPNs have long been around as a popular, powerful tool for browsing the internet anonymously. But does it also have value when it comes to IPTV? Can it address the concerns and questions that come with using IPTV?

In short, IPTV is any service that uses Internet Protocol (IP) networks to deliver TV content. When it comes to IPTV, it’s important to remember that there are two types. There are legal IPTV services, such as Netflix, Hulu, and SlingTV. These services have the proper licensing rights for the content that they have available to stream. There are also illegal ones, which stream content without the permission of the content’s legal owner(s).

Usually when you connect to the internet, you first connect through your ISP — the ISP then connects you to the internet. The ISP can see your IP address, as well as view the data you transmit during the connection.

When you connect to a VPN, your real IP address is masked, and the data you transmit is encrypted. Your ISP, and any other potential snooping entity (e.g. the government, data thieves) can no longer monitor your web activity.

When deciding whether to use a VPN for IPTV, there are a number of factors to consider. An IPTV VPN will grant users benefits — but there may also be potential downsides.

Using A VPN With IPTV Comes With A Number Of Benefits 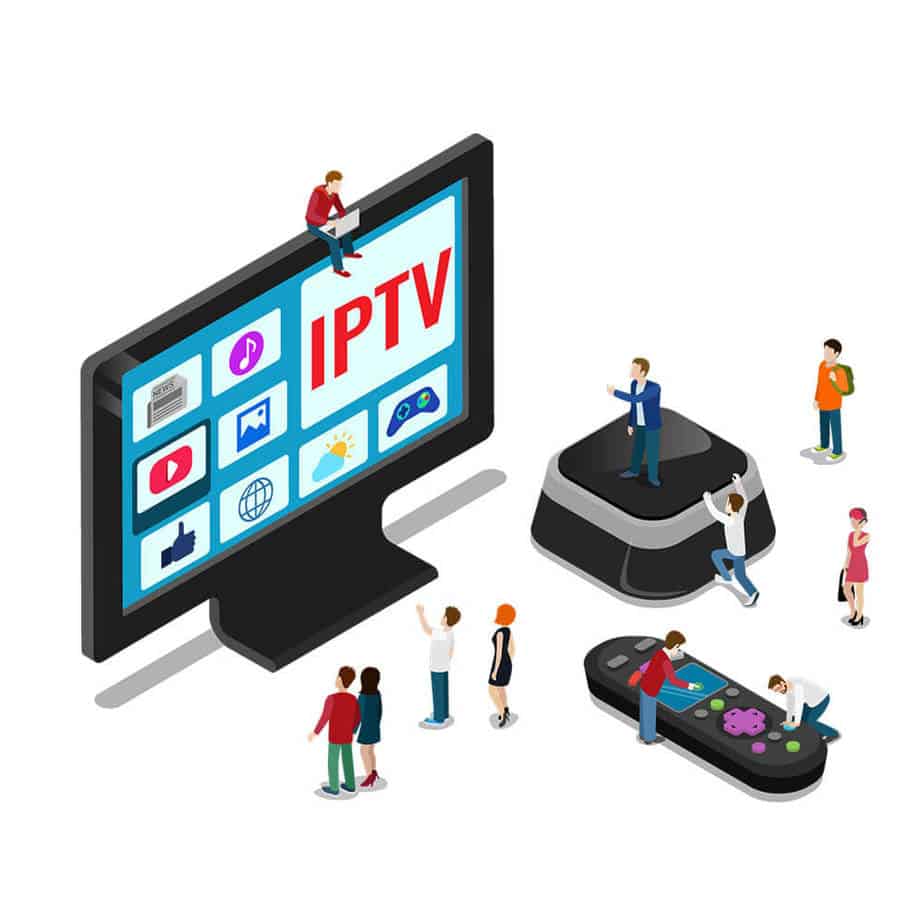 1) VPNs can improve the speed of your connection, and thus enhance your overall viewing experience with IPTV. VPNs can do this in two ways.

First, they enable you to bypass ISP throttling. ISPs are known to throttle specific types of Internet data, including content streaming. ISPs typically apply throttling based on the type of content that their users access. VPNs however, encrypt your traffic, thus preventing ISPs from knowing the type of content you are accessing.

Second, VPNs can improve speed and viewing experience by re-routing your connection to favorable servers. For example, if the VPN server is located in the content’s source country (or in close proximity to it), this can improve your streaming experience. You’ll also experience a boost in your stream if the server your VPN is connecting to is less crowded.

Using a VPN allows you to bypass geographical restrictions (geo-blocking, geo-filtering) on content. Oftentimes, the same content that is inaccessible to viewers in one country is accessible to viewers in another. So, if you’re in a country where a particular piece of content is not available to stream (e.g. a TV show), you can use the VPN to connect to a server in a country where the stream is available — thus allowing you to watch the stream.

Several of the most popular IPTV services have geographical restrictions in place.

Due to the current system of copyright laws and agreements, Netflix offers a different set of movies and shows in each country that it’s available in (currently 190). Effectively, there are 190 versions of Netflix. Using a VPN would allow you to view these different versions, and enjoy the variety of content that comes with them.

Netflix may be available in plenty of countries (albeit in different versions), but most other major IPTV services are in fact far more geographically limiting. Hulu is available only in the U.S. and Japan. Amazon Prime Video, HBO, and SlingTV are available only in the U.S.. If you’re outside the U.S., using a VPN is one of the most effective ways to gain access to these services, and the content that comes with them.

The reverse also applies if you live in the U.S. and wanted to access streaming services based in other countries. For example, CraveTV, one of Canada’s most popular streaming services, is accessible only if your geographic location is in Canada.

3) VPNs can protect your privacy, and shield you from potential legal concerns.

Without a VPN, ISPs can see the type of content that you stream. Using a VPN encrypts your traffic, preventing ISPs from doing this. This increases both your privacy and security while you’re streaming. For example, if you’re using public wi-fi, your data is particularly vulnerable to snooping, theft, or hacking attacks — a VPN would prevent this.

Further, when you’re using IPTV without a VPN, you’re leaving the door open for advertisers to collect your personal information. The encryption that a VPN brings however, would limit the amount of data that they can extract.

Lastly, the privacy that a VPN grants you can also protect you from legal concerns. Depending on the kind of content that you’re streaming, you may be able to avoid potential issues with copyright infringement.

Recent events in the legal sphere may point to an overall shift in how streaming is viewed and targeted from a legal perspective. For example, the American ISP Cox Cable was recently hit with a $1 billion fine, and held liable for failing to properly clamp down on the copyright infringements of its subscribers. Judgments like these could potentially lead ISPs to increase their targeting of streamers.

In scenarios like the ones outlined above, using a VPN would grant you a significant layer of protection. 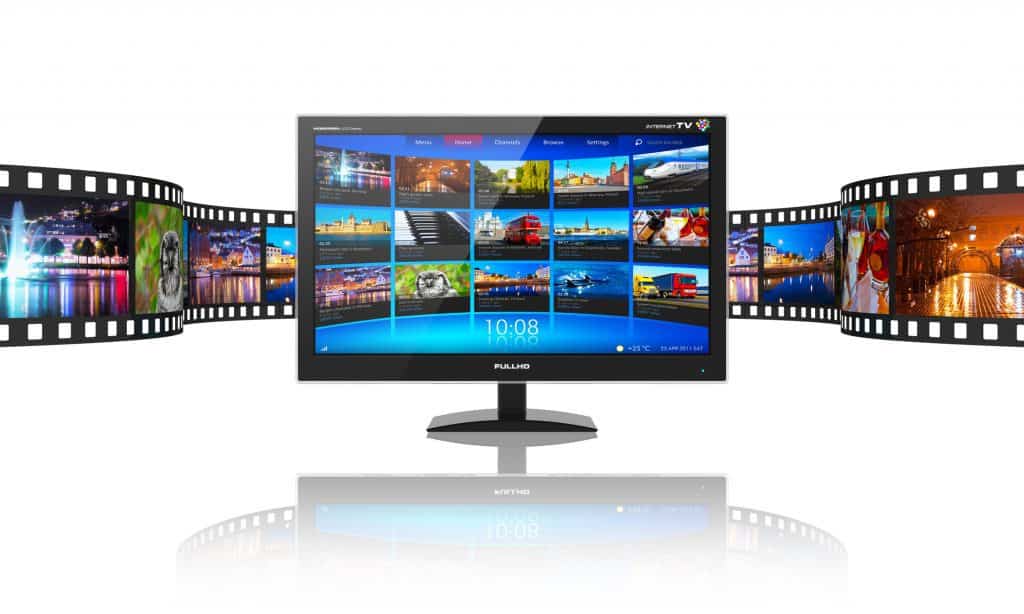 Cons of using a VPN for IPTV

Though there are definite advantages to using a VPN for IPTV, there are some potential downsides to consider as well.

First, VPNs are illegal, or highly limited, in some countries. These include countries where VPNs are fully banned, like Iraq and Turkmenistan. aIt also includes countries where only government-approved VPNs are allowed, like China and Russia. Using VPNs in these countries can lead to penalties such as fines or jail time. It thus may be worthwhile to check the legal status of VPNs in the country you’re in prior to using one.

Second, some IPTV services block VPN usage. Major providers such as Netflix, Hulu, and Prime Video are known to be highly effective at detecting VPN users. Upon detection, they subsequently prevent VPN usersfrom accessing their platforms, often re-directing their streams to proxy error message pages. However, while these detection systems render some VPN services ineffective, others are able to bypass them.

Third, VPNs could potentially slow down your connection, and thus detract from your streaming experience. Although it was mentioned above that using a VPN can likely improve the speed of your connection, there is a chance that the opposite may occur. The extra processing power that a VPN requires for encryption can increase latency — or how long you wait before you get an answer back from your network. This increase latency may lead to a decrease in performace.

Modern high-speed connections can tolerate this latency increase without a noticeable corresponding decrease in performance. Older connections however, such as ADSL, DSL, or dial-up, may not fare as well.

Overall, it is this writer’s belief that for most users, the pros of VPN usage outweigh the cons.

The cons of VPN usage aren't as bad as they appear. Several major IPTV services block VPN usage, but many VPN services are able to circumvent these blocks. Though one may possibly experience a slow-down in speed if you’re on an unthrottled connection, this advantage is hardly noticeable on modern high-speed connections.

There are a few exceptions to this. If you’re on a slower connection, such as ADSL or DSL, a VPN may present a real issue to your connection speed. In this case, you may want to consider whether the other advantages of VPN usage outweigh this downside, and then make a decision.

Also, if you are a user in a country where VPNs are outright illegal or highly restricted, then it is best that you proceed cautiously. You'll likely want to factor in the risk and consequences that come with being caught before deciding whether or not to use a VPN.

Otherwise, the benefits that VPNs bring to the IPTV experience, including increased security, improved speed, and wider access to content, make them well worth it.

Kobo Aura H2O Review: Have We Found A Fierce Competitor For Kindle Oasis?

Omegle Error Connecting to Server – How to...

Why Am I Banned From Omegle?