How Hot is too Hot for GPU? 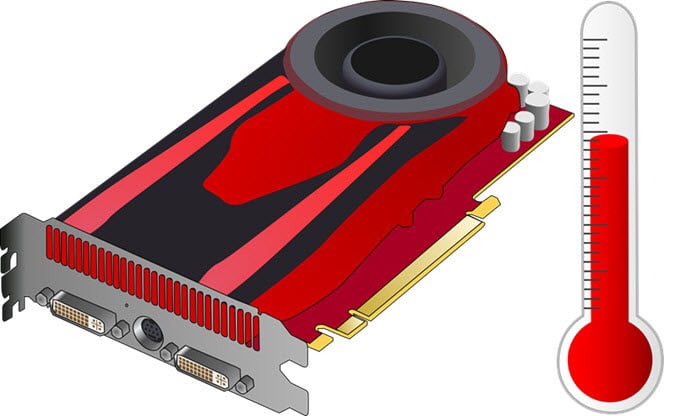 As anyone who has ever used a computer knows, heat is the enemy of electronics. When it comes to GPUs, the risk of overheating is even more significant, as their intense processing power can generate a lot of heat. So how hot is too hot for a GPU?

The maximum safe temperature for most GPUs is around 90°C. However, some GPUs can safely operate at temperatures as high as 110°C. Temperatures above this may damage the GPU and cause it to fail.

Generally speaking, you should aim to keep your GPU at or below 90 degrees Celsius. Beyond that, you start to run the risk of damaging your GPU. Of course, various factors can affect how much heat your GPU generates, including the type of graphics card, the settings you’re running it at, and the cooling system in your computer. So if you’re worried about your GPU overheating, it’s always best to err on caution.

You can do a few things to help keep your GPU cool, including ensuring your computer’s case has good airflow and investing in a quality aftermarket cooling solution. But even if you take all of these precautions, there’s always a chance that your GPU will overheat, so it’s essential to know how to spot the signs and what to do if it happens.

What Happens When Your GPU Gets Too Hot?

If your GPU gets too hot, it can lead to various problems.

The most common problem is that the GPU will start to throttle itself to prevent damage. This can lead to lower performance levels and cause your game to crash. In extreme cases, the GPU can overheat and cause permanent damage to the hardware.

It is essential to keep an eye on your GPU temperature and take steps to avoid overheating. This includes ensuring your case has good airflow and a quality aftermarket cooler. You should also consider using a custom fan curve to keep your GPU cool.

If you are unsure about any of this, then it is best to seek professional help. Overheating GPUs can be very dangerous, and you don’t want to risk damaging your expensive hardware.

Related: How to Vertical Mount GPU – A Detailed Guide

What Temperature Should Your GPU Be?

GPUs operate within a safe temperature range, usually between 50°C and 90°C. However, temperature varies depending on the specific GPU model. Check your GPU manufacturer’s website for more information. 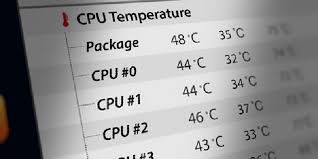 If your GPU runs too hot, it may be due to poor ventilation or overclocking. Ensure your computer case is well-ventilated, and consider using a fan or cooling pad to help keep your GPU cool. If you’re overclocking your GPU, back off at the clock speed to bring the temperature down.

How to Check Your GPU’s Temperature?

You can use a monitoring program like MSI Afterburner, EVGA Precision X, or GPU-Z to check your GPU temperature.

Is 80 degrees Celsius too hot for a GPU?

To avoid these problems, ensure your GPU has good airflow and monitor its temperature. If your GPU gets too hot, try increasing the fan speed or using a cooling pad.

The RTX 3080 GPU can operate at temperatures up to 93 degrees Celsius. Above this temperature, the GPU will start to throttle itself to prevent damage. Throttling is when the GPU limits itself, so it doesn’t overheat. So 93 degrees is the max temperature before it starts to limit itself.

How hot is too hot for a GPU and CPU?

This is a difficult question to answer as it depends on the make and model of the GPU and CPU. However, as a general rule of thumb, it is considered too hot if the GPU or CPU temperature exceeds 80 degrees Celsius.

At this temperature, the risk of damage to the components increases significantly. Therefore, it is essential to ensure that both the GPU and CPU are kept cool, preferably below 80 degrees Celsius. There are several ways to do this, such as using a cooling pad or fans.

If you are unsure about the maximum temperature for your particular make and model of GPU or CPU, then it is best to consult the manufacturer’s website.

How hot is too hot for GPU in Celsius?

As a general rule of thumb, most people would agree that anything over 80 degrees Celsius is getting too hot for comfort and is likely to cause long-term damage to the GPU. Taking measures to cool the GPU down is advisable, such as opening up the case to improve airflow or using a fan to direct cool air onto the GPU.

How hot is too hot for GPU Fahrenheit?

It depends on the make and model of the GPU, as well as the tolerance of the person using it. However, as a general rule of thumb, most people would agree that a GPU temperature of over 150° to 180° F is getting too hot.

At this point, the risk of the GPU overheating and causing damage to the computer increases significantly. Therefore, it is generally advisable to take measures to cool down the GPU if its temperature exceeds this threshold.

How hot is too hot for GPU Laptop?

It depends on various factors, including the make and model of your laptop, the type of graphics card it has, and how well-ventilated it is. However, as a general rule of thumb, if your laptop is running hot enough that it is uncomfortable to use or the fan is constantly running, it is probably too hot.

The bottom line is that it is getting too hot if your GPU is hitting 80 degrees Celsius or above during everyday use. At this point, you should look into getting some better cooling for your computer. Otherwise, you risk damaging your GPU and potentially voiding your warranty.