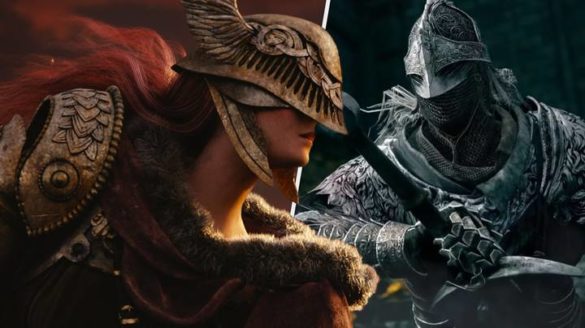 With the launch of Elden Ring no more than a whisker away, we've compiled a list of every essential element going into From Software's hotly-anticipated upcoming RPG.

Whether you're a returning fan of the Soulsborne series or a brave newcomer seeking to tackle the From Software experience the first time over, either way, we've got you covered.

Although Elden Ring possesses similar traits to its widely praised predecessors, gamers have many new mechanics and systems to grapple with and master this time around.

However, as we've learned throughout its lengthy development, Elden Ring will deviate from the studio's familiar, tried-and-tested formula despite upholding similar attributes. Mainly through its transition from semi-linear to open-world.

In this sense, aspects reminiscent of celebrated past entries like Dark Souls and Bloodborne are present, especially concerning combat mechanics. Still, many exciting additions will be entirely new to the series.

In true trademark style, From Software games often start off challenging in nature and daunting in scope. Everything I've seen so far suggests Elden Ring will continue this longstanding trend.

But above all else, I hope that, upon reading, you'll have a clearer understanding of what awaits in the mysterious "land of the Realm Between."

Go forth tarnished soul and restore the Elden Ring. 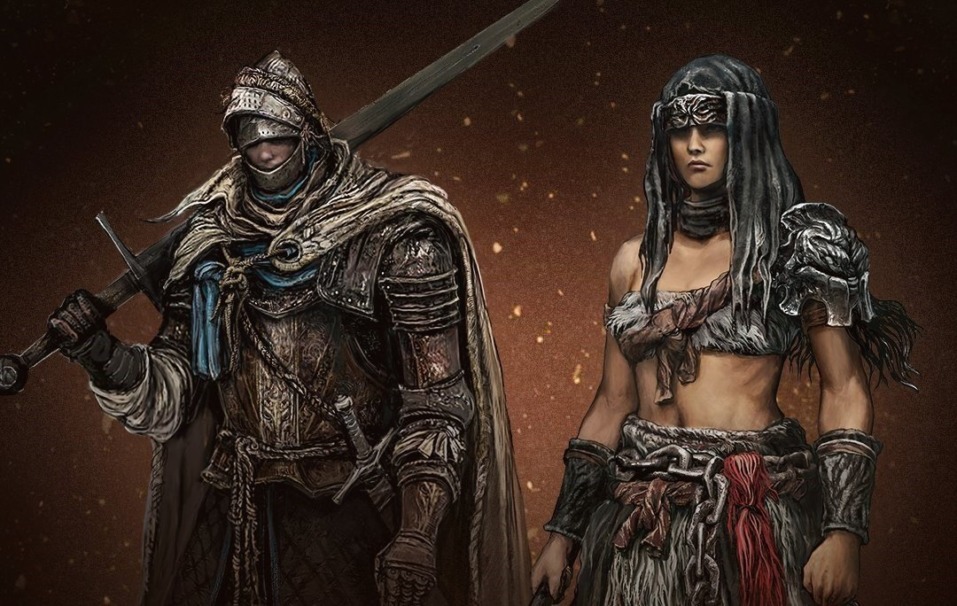 From Software | Linear to Open World

Elden Ring takes place in a vast open world curiously named The Lands Between. This enormous overworld consists of smaller explorable dungeons scattered across the map, unlike past entries. Lurking inside which will be an assortment of mini bosses, as well as typical enemy encounters.

Accompanying these are what From Software call 'Legacy Dungeons.' At surface level, it looks as though these will add a scaled sense of challenge, triggering trickier boss battles and offering more lucrative loot.

According to IGN's hands-on playtest, these more complex areas are potentially traversable via multiple ways, offering alternate paths to progress. But, of course, to find out just how flexibly the player can tackle these locations and how they impact playstyle and approach, we'll have to wait to release.

Meanwhile, as highlighted by Eurogamer, the world map mentions an area called the 'subterranean labyrinth,' whose existence is somewhat corroborated by an Elden Ring gameplay demonstration, showing two players exploring a destination below ground level.

Unfortunately, we only got a fleeting glimpse at these underground layers, so we don't yet know whether these areas shape up similarly to Bloodborne's Chalice Dungeons, which were mainly procedurally generated, offering spontaneous experiences, aside from scripted boss battles.

Whatever the case is with the underworld, Elden Ring's "Legacy" locations and the environmental elements of the overworld itself look to be meticulously crafted and custom-made.

As for myself, I can't wait to explore them at leisure.

Fans familiar with Sekiro: Shadows Die Twice will undoubtedly welcome a stance-breaking system issued upon repeated hits, though sadly, this comes without the luxury of a deathblow insta-kill.

Still, Dark Souls fans will seek solace knowing parry attacks are present once more, as is the newly implemented Guard Counter. At a glance, this certainly seems like an exciting addition to combat, not least because it allows the player to deliver a swift response shortly after blocking the enemy - essentially offering a surprise transition from defense to attack.

Hopefully, it doesn't disrupt the battle balance too much. But, of course, the downside is you'll lose a healthy slice of stamina. So, with that caveat in mind, you'll need to weigh up when exactly is the right time to pounce.

For me, it feels like From Software has sought to fuse the core, fundamental fighting styles of Sekiro and Souls. If indeed the case, fingers crossed that synthesis is a smooth one. This next point is sure to delight self-proclaimed fantasy enthusiasts. Sure, Dark Souls is no stranger to dragons, but never could we fight mighty scaled beasts from the saddle of our horse. What's more, never have players enjoyed the luxury of galloping across enchanted swaths of terrain, mile upon mile via horseback, either.

In Ghost of Tsushima, maybe.

That's all set to change with Elden Ring. Indeed, it wouldn't make sense for boss battles to allow for horses in enclosed spaces, but out in the open air, I can only imagine how immersive it will feel to encounter colossal-sized beasts and charge into battle from the comfort of your horse. At least, that's what we see take place in the demo.

Let's hope it sets the stage for some truly epic encounters.

Skills Exist but Are Not Bound to Specific Weapons

Next up, we have skills. Again, this aspect presents another notable change to previous FromSoft games. Dark Souls fans need not worry, though; From Software has previously stated that skills still exist in Elden Ring, but these abilities will not be bound to specific weapons.

They will also be interchangeable. Meaning players can assign skills to particular weapons at temporary sanctuaries called the "Site of Lost Grace."

To me, it looks as though "The Site of Lost Grace" will offer varying forms of weapon customization and some much-needed rest bite on the road. All while acting as temporary save points and open world pitstops for replenishing health reserves. So much like bonfires, in many ways - especially as enemies respawn when activated. 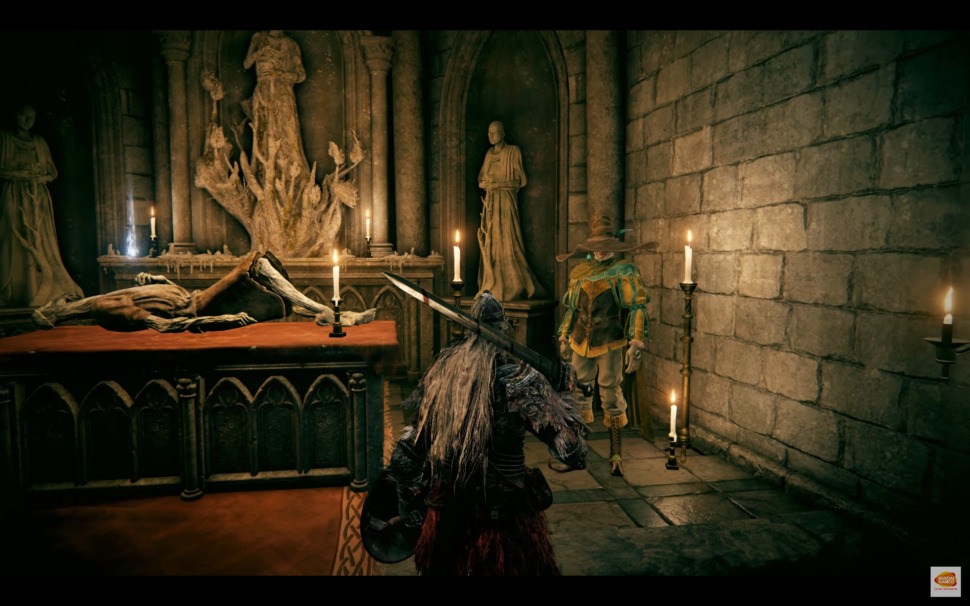 Lastly, the "Tarnished" can now traverse the world by jumping. Perhaps back by popular demand, following its fun inclusion in Sekiro. After all, we’ve seen some environmental platforming stages throughout at least one of Elden Ring's locations when hopping down the large tombstones.

In terms of stealth, actions like sneaking through long grass also carry across from Sekiro. At the same time, lethal and non-lethal forms of enemy engagement may also feature.

In Dark Souls, From Software has traditionally forced the player to face enemies head-on. That will likely still happen during boss fights, in most cases. But out in the open world, it looks like you'll have more of a choice when tackling certain sections.

For me, that makes for a welcome change. And all in all, I have plenty of faith that “From” will deliver the goods. So, I guess all that's left is the agonizing wait until launch. Any developments between now and then, you'll hear them here.

That concludes our round-up of Elden Ring. As one of this generation's most hugely anticipated titles, the pressure is firmly on From Software to deliver an exceptional experience.

Over the years, From Software has garnered a passionate community of dedicated fans worldwide. Thanks to, in many ways, the consistent quality of games released in the studio's name.

Let's hope Elden Ring is just the latest in a long line of critically acclaimed titles when it launches later this month, 25 February 2022.

What are your thoughts on Elden Ring? Is it destined to be the studio's best yet? As always, we love to hear your takes. So, shoot those suggestions down in the comments!

Until next time, may the divine bestow you with uncapped courage, oh tarnished one! See you in the field.

How to Straighten a Curly Beard? (Simple Answer)