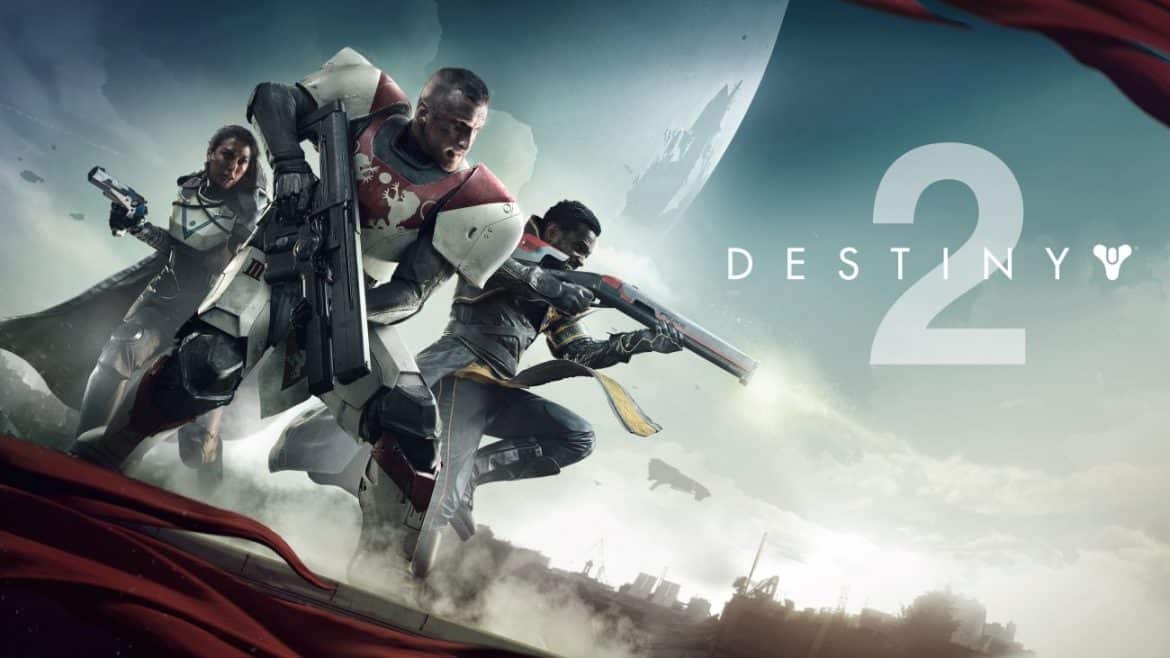 The original Destiny was a first-person online multiplayer game which featured a class system which players can choose from. Levelling up allows players to improve the stats that they want, granting their player characters improved in-game abilities and skills. Players could choose from the Hunter class, the Warlock class or the Titan class.

It had both a story mode (PVE) where players could partake in missions to advance the main plot of the story and a Player vs Player mode (PVP) where players are pitted together and against each other in an arena. The game released back in 2014 garnered mostly positive reviews from game critics and gamers alike. It garnered high scores from gaming sites such as IGN (7.8/10), Metacritic (76/100), Gamespot (6/10) among others.

The success of Destiny spelt the inevitable release of a sequel; Destiny 2. It was released back in September 2017 and continues to get regular updates and patches and expansions to this day.

A sequel in the works was immediately announced two months after the first game’s release when Activision announced expansion packs for the latter. This was in large part due to the first game’s success garnering $325 million in sales during its first five days upon release. This in itself was a record, being the most significant franchise launch of all time in the gaming industry. During this period, many leaks surfaced regarding what the sequel would bring to the table, changes it would make, and features it would incorporate from the original Destiny. Halo 4 lead writer Christopher Schlerf, along with Vicarious Visions, would also join the development team to work on the sequel. 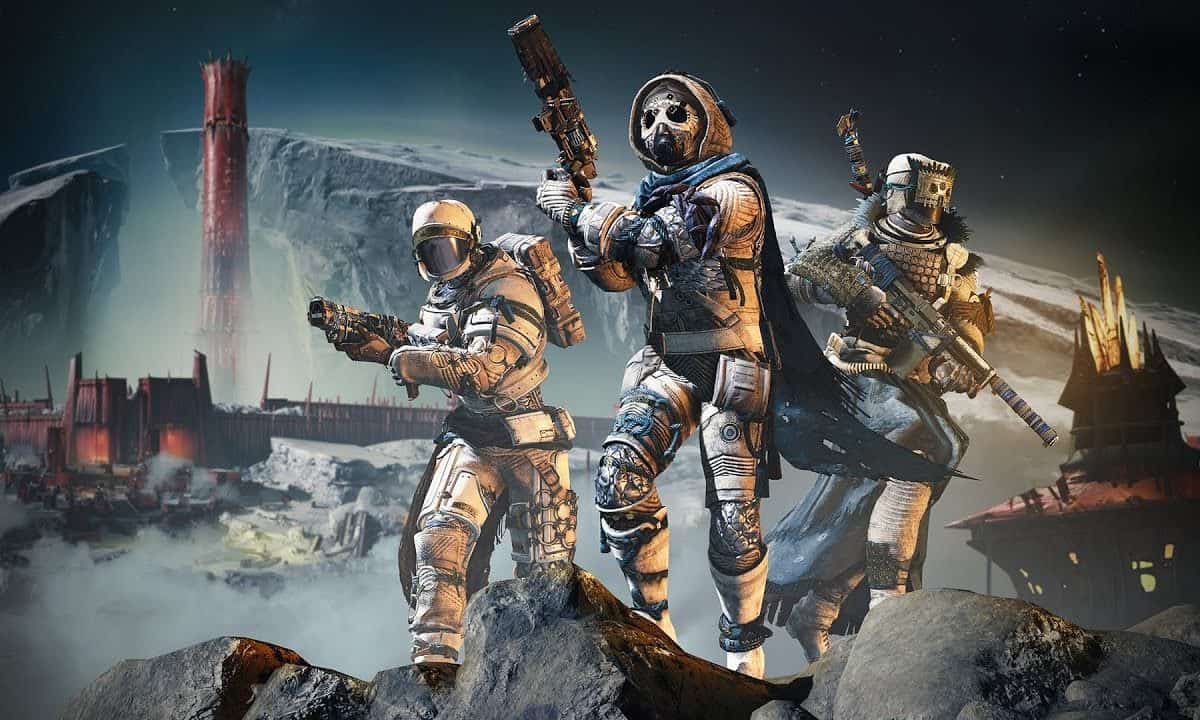 Bungie would eventually set a release date of Fall 2017 along with several new updates about what features the sequel would have. For example, they at one point claimed that a character’s progression from the first game would carry over to the sequel. This turned out to only be half true as only players over level 20 and had completed the Black Garden questline had their character’s appearance (and only the appearance) carry over. Stats, skills and abilities would not carry over. While this and other false claims did disappoint, it nevertheless did not stop the hype surrounding the game as players still continued to be excited about its release.

It didn’t take too much time for leaks to surface for Destiny 2. It’s release date – September 8, 2017, was leaked by Lega Network along with a promotional poster which confirmed the game to be Destiny 2. This was soon followed by a confirmation by Bungie via Twitter with an image of the Last City with “Destiny 2” on it. A teaser was then released on March 2017. This confirmed that there would be a timed exclusive in-game content for the Playstation 4 only for at least until Fall 2018. A few weeks after, a full trailer was released, confirming that the three classes from the original game would be back. Bungie then set up a gameplay live stream of the game on May 18, 2017. The next day, they also would confirm that there would be no Nintendo Switch version of the game.

Destiny 2 takes much from its prequel, from gameplay, to story elements. The story specifically gets a huge bump as the developers seemed to have recognized that it was the weakest element in the first game. Some feel that the story may have been built up by the first game’s expansion packs. The sequel does bring this to a whole new level though. Immediately players are given Dominus Ghaul, leader of the Red Legion and former Cabal Warlord. Instead of just showing us who would be the big bad in Destiny 2 though, the developers up the ante and brutally takes away everything we’ve worked for in the first game and its expansions. This is followed by a great campaign which gives plenty of opportunities for the characters to shine. The environments are what you would expect from the Playstation 4 game. Level designs vary and do serve their purpose in fleshing out the game’s world. 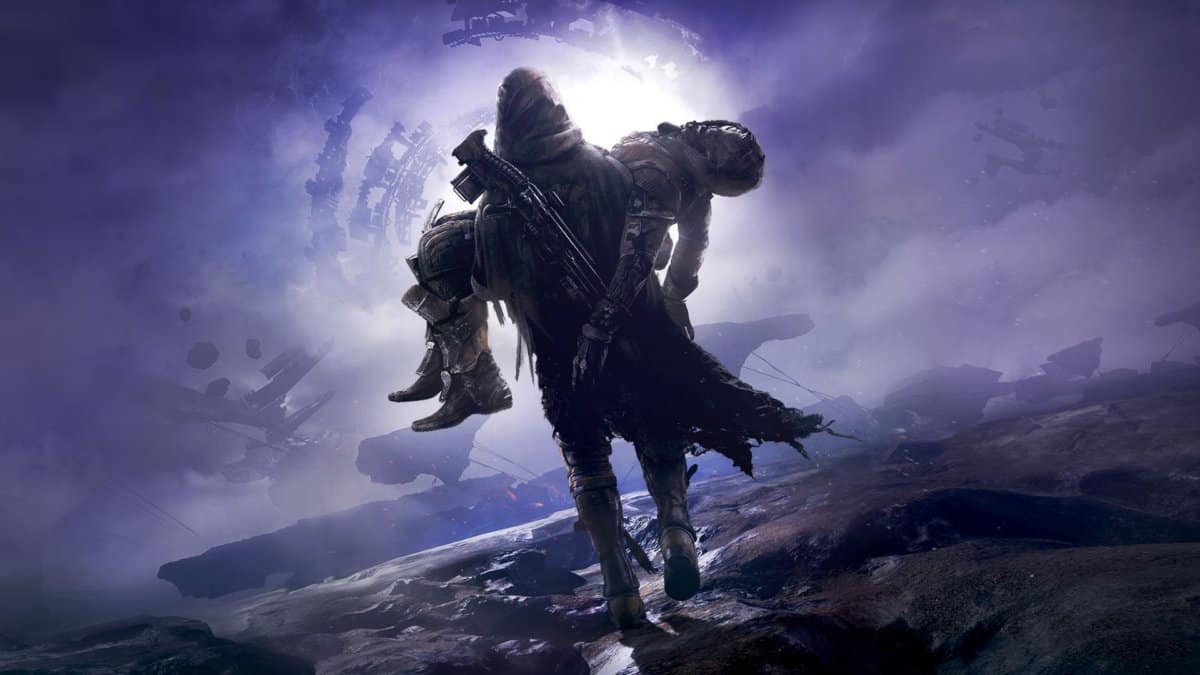 The story picks up a year after the SIVA Crisis. Here we see the Red Legion’s Cabal forces stage an assault on the Last City, prompting a response from the Guardians after their tower is destroyed. This is where the main antagonist of the game – Dominus Ghaul - is introduced. In a nutshell, our main antagonist gets one over our heroes in this opening by draining the Traveler of its light effectively depowering all the Guardians. What follows is a series of events that sees the Guardian encounter a vision, learning the reason for the Red Legion’s sudden appearance, and the unexpected discovery of a superweapon capable of destroying entire star systems. We also get a back story to Dominus Ghaul, fleshing out his character more and the learning the truth behind his motivations.

Bungie didn’t skimp on audio as well. Sound design and the game’s soundtrack do an impeccable job in making the game feel more alive than ever.

Destiny 2’s campaign would more or less last the average player around 8 – 10 hrs to complete. However, this is only really the surface as there is still an incredibly engaging and rewarding PVP system that the game features.

As mentioned earlier, the game offers three classes that players can choose from; the Hunter, the Warlock, and the Titan. 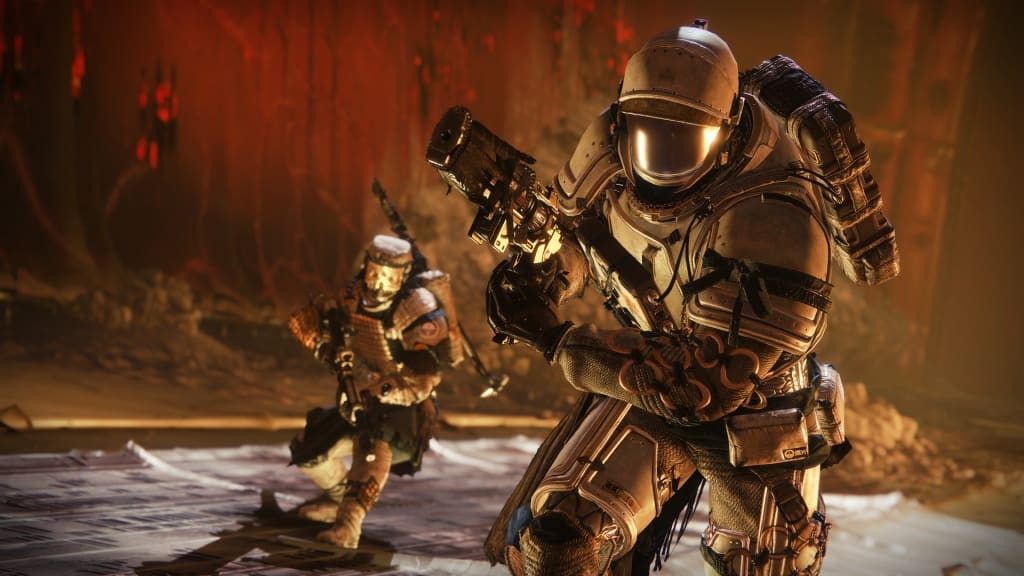 The Hunter is your standard DPS character who focuses on speed and mobility rather than high defence or AOE attacks. Its sub-classes remain to be “Gunslinger” and Nightstalker which are from the original game and The Taken King expansion pack which did slightly changed how you played your character depending on which sub-class you chose. Aside from the Bladedancer however, Destiny 2 gives us the Arcstrider.

The Warlock Class specialize in combining their “magic” abilities with modern weapons to deal damage to enemies. They serve as the primary source of offensive firepower in any party. The sub-classes available to the Warlock are the Voidwalker, which was taken from the original game, the Stormcaller which was introduced in the Taken King expansion.

Destiny 2 introduces the Dawnblade sub-class, replacing the Sunsinger from the original game.

As a general rule, spell casters in games have low defence and low HP. This is somewhat true for the Warlock class as well. However, the game gives players a healing ability which can include an overshield to increase defence. Warlocks also have both offensive and defensive AOE or Area of Effect Spells.

The Titan class is your classic tank. It is bulky, has high health and defence, and mostly slower than the other classes. Titans can create barricades or energy shields as a means of protection or cover. These also have additional effects such as reducing the reload times of weapons. The sub-classes available to the Titan class are the Striker sub-class, the Sunbreaker, as well as the Sentinel, which is a new sub-class introduced in the sequel.

As with the original, each class and sub-class is equipped with “Supers”, which are abilities or equipment which can be used for massive damage against enemies or hit them with a debuff, so they are weaker and easier to beat.

Destiny 2’s gameplay at its core is more or less the same as with any other first-person shooter game. However, it separates itself from the rest with the inclusion of these multiple supers that give it a unique flavour. Unlike other conventional FPS shooters who would only allow you to get new weapons, this game gives you control of what your character can do within the confines of the class you choose, in addition to gaining new and more powerful weapons. 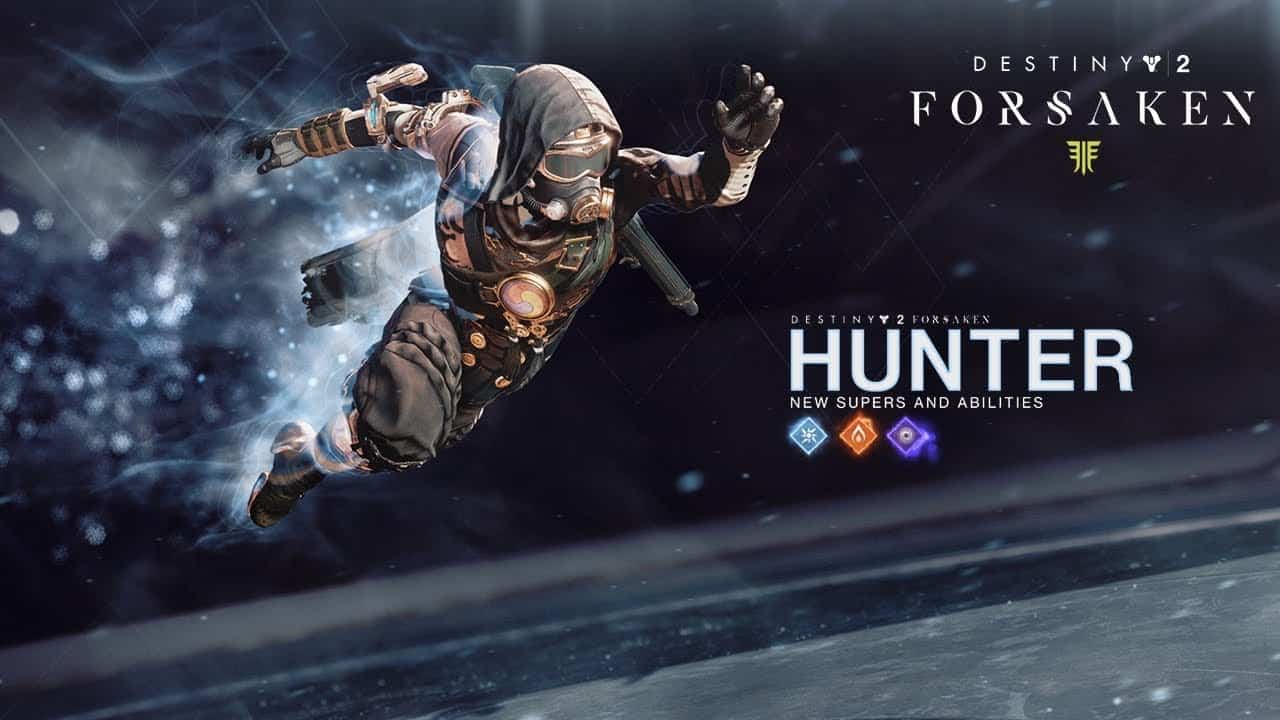 Destiny 2 released worldwide for both the PS4 and Xbox 1 on September 6, 2017, while the PC version of the game would release a month later on October 24. Different iterations of the game were sold to consumers including a Limited edition, Collectors edition and a Digital Deluxe edition. Each type (except for the standard base game sadly) had special bonus items included such as a backpack, the expansion pass, and even a Cabal-themed box with loot inside.

The game garnered positive reviews from most online gaming websites, including IGN, Metacritic, and Gamespot. In fact, it gained at least 8 out of 10 scores on every gaming review site except for Destructoid, which still gave it a 7.5/10 rating.

Destiny 2 received major props to the improvements made in its story mode, and slight tweaks that made the already stellar gameplay even more fun to play with. The former, to be exact, was a point of praise for many of the game’s reviewers, which is quite accurate since the story was easily the weakest point of the first Destiny game. The improvements were evident, proven by the rapid success of the game sales-wise during its first week. The game reportedly sold 1.9 million copies in its first week alone. 66% or 1.2 million of these were for the Playstation 4 console while 34% of the sales or 648k copies were for the Xbox One. These figures are down though, compared to the sales of the original Destiny in its first week (over 4 million copies). This may be due to the bad taste the original left in many gamers’ mouths, particularly the weak story and the lack of timely post-release support and content. Regardless, the fact that apart from the Call of Duty series, Destiny has the most sales of any FPS title to date is a testament to how well the game and the franchise as a whole has been received by the gaming community.

Since the release of the base game, there have already been seven downloadable contents released for Destiny 2, thanks to Bungie who took notice of fans’ complaints about the original Destiny not having extra content sooner. The steady stream of content being shovelled out post-release is a testament to Bungie’s commitment to keeping their game fresh and relevant. 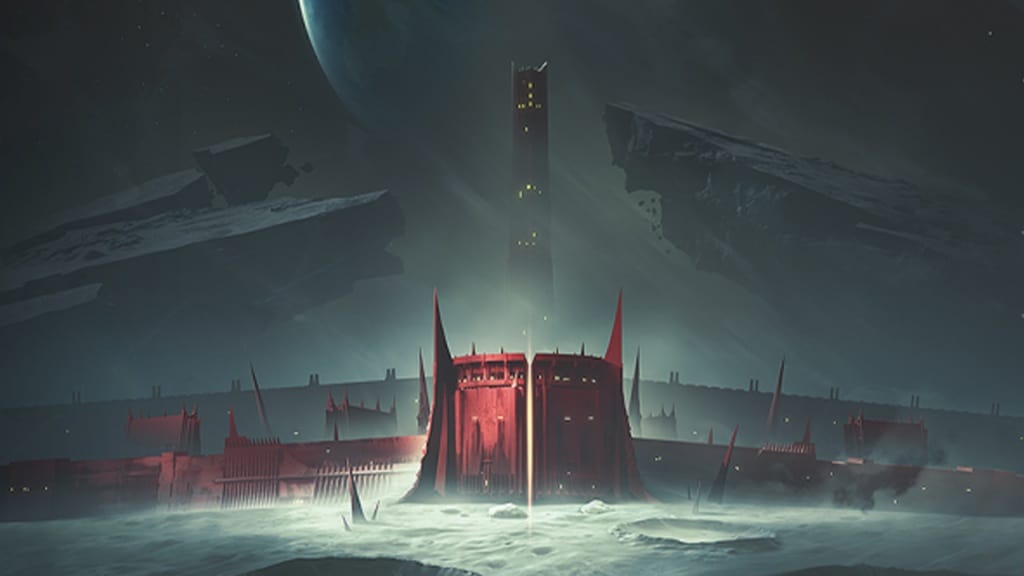 Each downloadable content has its own unique story and features. The game also features seasonal events, all of which were free to play. These events gave players the opportunity to win rewards themed to the event that was being held at a particular time.

Even with the content made available to players post-release, Bungie is not done rolling them out. It is, however, unclear at this point what else the company has in store for Destiny 2. Whether players can expect big updates like Shadowkeep or just little tweaks to make sure the game stays in optimal condition.

It is clear though that players are still enjoying Destiny 2 very much. This is obvious as it’s a game that’s relatively easy to pick up and learn. Its First-person action-oriented shooter gameplay is fast-paced and fund, while its Role Playing and customization mechanics allow players to give their characters their own flavour.

As of this writing, there have been no confirmed reports of a third instalment to the Destiny series as the main focus of the game’s developers continues to be in improving Destiny 2 and continuing to roll out content for the gaming public. Rumours are circulating the web though of an impending third instalment supposedly being in the works after the release of Shadowkeep earlier this October. However, these rumours have been mostly unfounded, and Bungie stays mum on the subject as of this time.

Nest Hello Vs Ring Video – Which Doorbell Do You Buy?