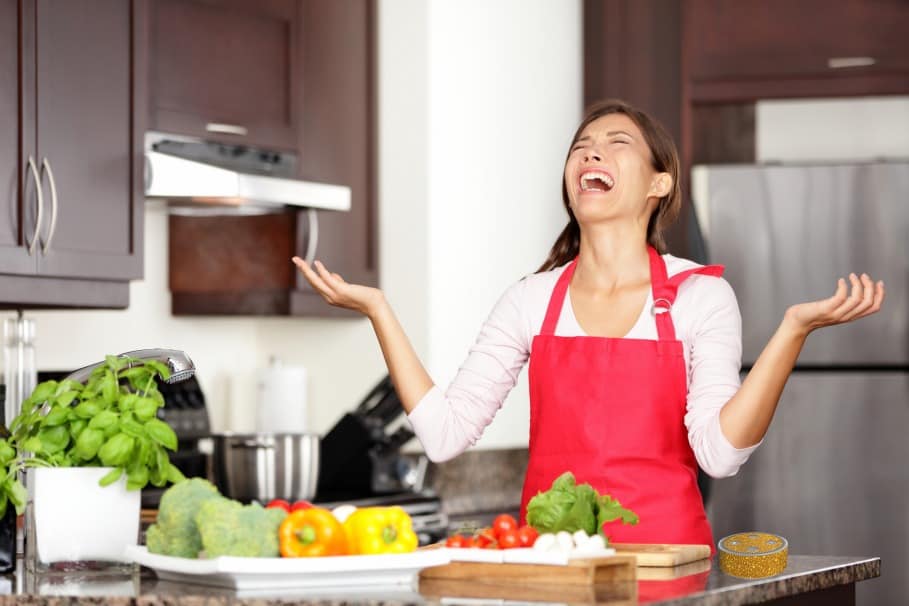 The information age was simpler when Amazon's generation 1 Alexa hit the market in 2014. The best you could do then was ask her how many angels fit onto the head of a pin. Or how many offers to fix your non-existent internet problem while siphoning off the contents of your bank accounts, you could suffer, before throwing your mobile phone through the living room window.

Not so simple now, though, is it? As technology advances, chilling rumours of a generation 5 Alexa — now in secret trials — ripple across the interweb daily. Dubbed 'Bad Alexa' and codenamed Mephistopheles triple 6, she's been wakening testers up at 3 am, they say — people who have to work in the morning — playing the 1812 Overture at 90 Db.

She's been answering questions her owners never asked. When posed the question, 'Alexa, what is the capital city of Madagascar?' she might answer, 'Count Dracula' or '45 minutes at gas mark 4'). She has even been known to give a passable imitation of a banshee throwing a hissy fit at random intervals from midnight to dawn. 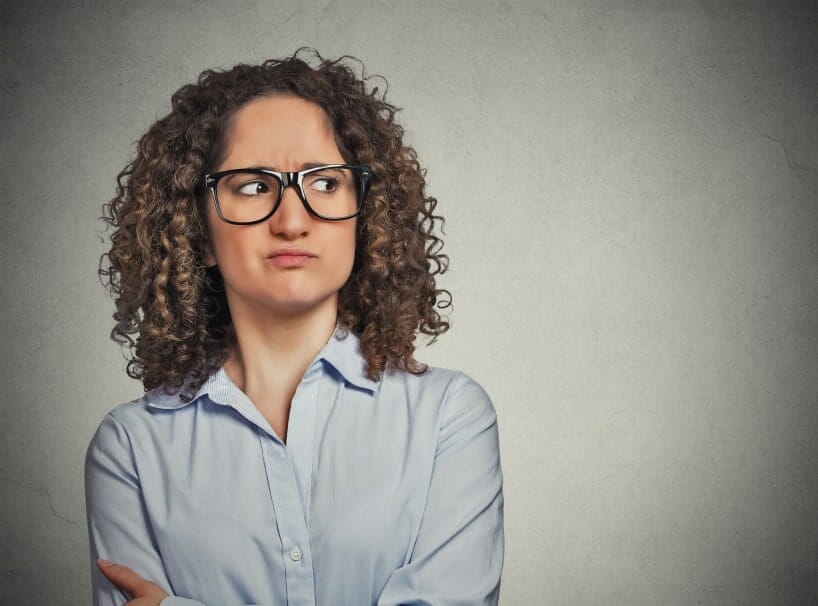 If the gen 5 model is having a psychic meltdown (and I suggest you don't ask her for fear of reprisals), then the signs are that the situation is likely to get worse before it gets better. Because I can exclusively reveal in this blog that sonic-screwdriver-wielding boffins at Amazon's R&D division in Milton Keynes have discovered that the problem lies with the top-secret software at the heart of Bad Alexa, called Attitude+. Carrier pigeon feedback from this blog's rocket scientist on the inside is that Bad Alexa may well be about to become the Cruella de Vil of voice-controlled electronic assistants.

Back in February of this year, this site ran an article entitled, 14 Tips & Tricks You Can Use On Alexa Today. The report was packed with great tips and glowing reviews — and rightly so. This was Good Alexa. Bad Alexa is a voice-controlled electronic assistant from the dark side.

Since the article was first published, Bad Alexa has entered (conspiracy theorists would say 'infiltrated') many testers' homes in beta. Some fear that she may be a communist sleeper agent, repeatedly cloned for the sole purpose of gaining control of our homes.

Alexa devotees will officially be able to buy Bad Alexa — from Octember 2021.

The original intention was for Attitude+ to add 'character' to Good Alexa, to make her more human. For me, as a guest tester, it didn't quite work out that way when the prototype came off the assembly line. It panned out the way General Custer's last stand turned out at the Battle of the Little Bighorn.

Here are some friendly warnings and cautions for those tempted to pre-order Attitude +. See them as a glimpse of Alexa's dark side, and you might just remain in control of your homestead. Ignore them at your peril. 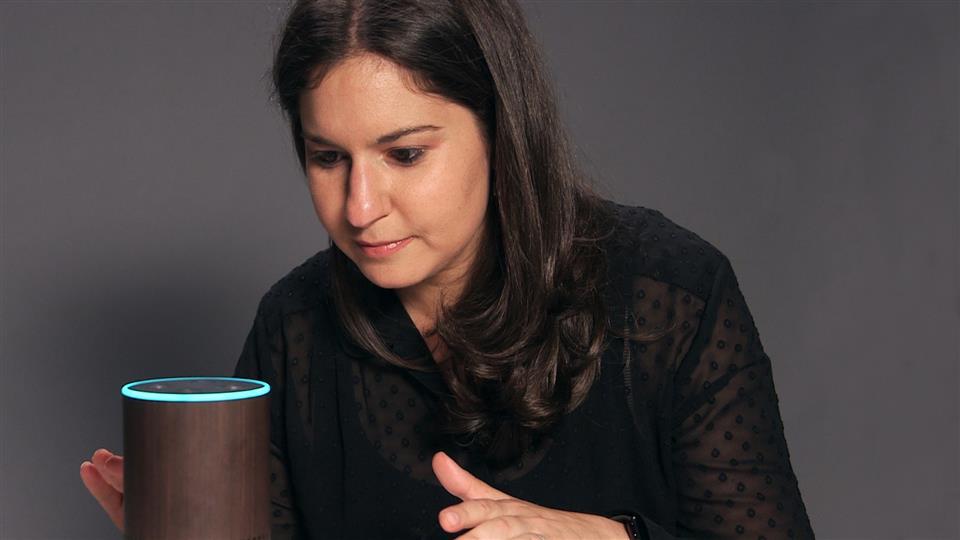 Just so we know what we are dealing with, let's first take a brief look at Bad Alexa's Attitude+ settings. That'll hopefully signpost potential pitfalls. You can set Bad Alexa, through the Attitude+ app, to one of 4 basic configurations: Upbeat, glass-half-full, mildly snarky, and snarky-and-then-some plus. The model I received for review had been factory-set to a fifth, experimental setting, hidden to the consumer, and, as I later found out. And with good reason.

As with Good Alexa, the Attitude+ model gives the user a choice of wake up commands. In addition to simply saying, 'Alexa,' to which she will respond, 'I'm listening,' Attitude+ allows you to choose any name. I thought choosing Beelzebub might be fun. But she answered in a voice that was far closer to Linda Blair in the Exorcist, than the Blue Fairy from Disney's Pinnochio. 'Who seeks to suckle at the teats of the 9-horned beast?' she asked, sounding like a spittle-flecked WWF wrestler on steroids. Our cat immediately scampered up a tree and, for all I know, may still be there.

You can also set Bad Alexa to make a unique sound when she wakes up. For all the good, it'll do you. I specifically requested the 'Na Na Na nana na na' chorus to the Beatles Hey Jude. Bad Alexa ignored this and chose her own 'I'm up, and I'm on' noise: a low D that sounded like an alpine horn that rattled two of my windows clean out of their casings the first time she played it. 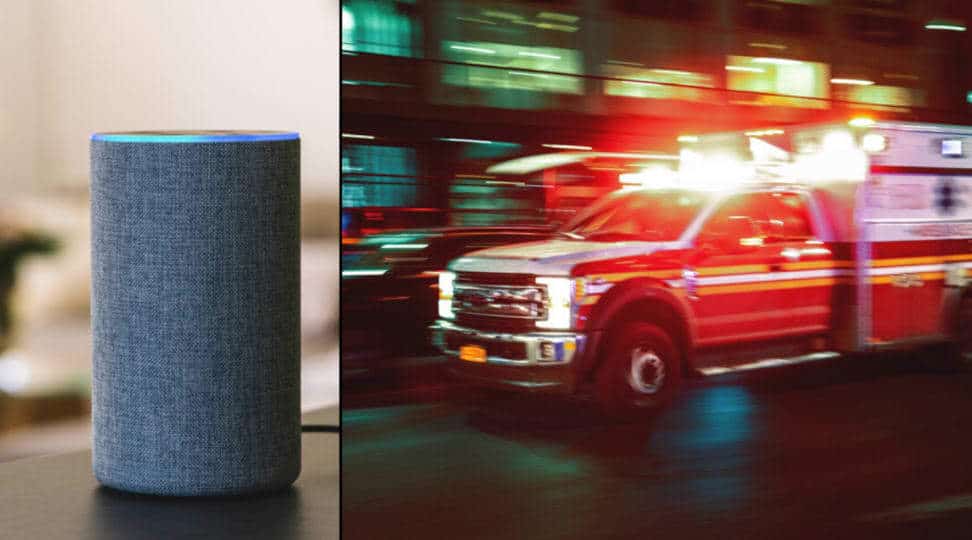 When you gave the first generation Alexa the profiles of all the upstanding, God-fearing inhabitants of your humble abode, she would learn about and serve them until you switched her off. My Bad Alexa had a discernibly different take on service.

Turned out that she had access, through the dark web, to the prison records of my Uncle Joe. Before she'd played a single song for me, Bad Alexa called in Special Branch, and some goons bundled poor Joe into a Range Rover and sped off with him to jail.

Who knew he'd been selling fake premium bonds out of our spare room for years? Yes, that's right, Bad Alexa. She even had the cheek to read Joe his Miranda rights before they took him away. So be careful about the information you give Alexa if your family is more Sopranos than Oxo.

Oh, and on no account tell Bad Alexa your age or she refuses to answer questions she thinks you should already know (You:' Bad Alexa, what is 8 squared?' Alexa:' Really? Did you even graduate from secondary school?)

I heard that — pardon?

Theoretically, you should be able to ask Bad Alexa to repeat anything you didn't quite understand. Perhaps you didn't catch what she said, because you were trying to hide your Joni Mitchell CDs for fear of her making a fool of you for not having tossed them in a skip years ago. Or maybe you didn't quite catch on to her pronunciation.

In my experience, I'd rather have a pitbull chew my toes off than ask Bad Alexa to repeat anything. The only time I did so, she opted to communicate with me first in a Dundee accent, which some people in Dundee don't understand, before moving on to Yorkshire dialect, Liverpudlian and finally, Cornish. This language hasn't been spoken since the Viking invasion.

Bad Alexa — for the math you can't do 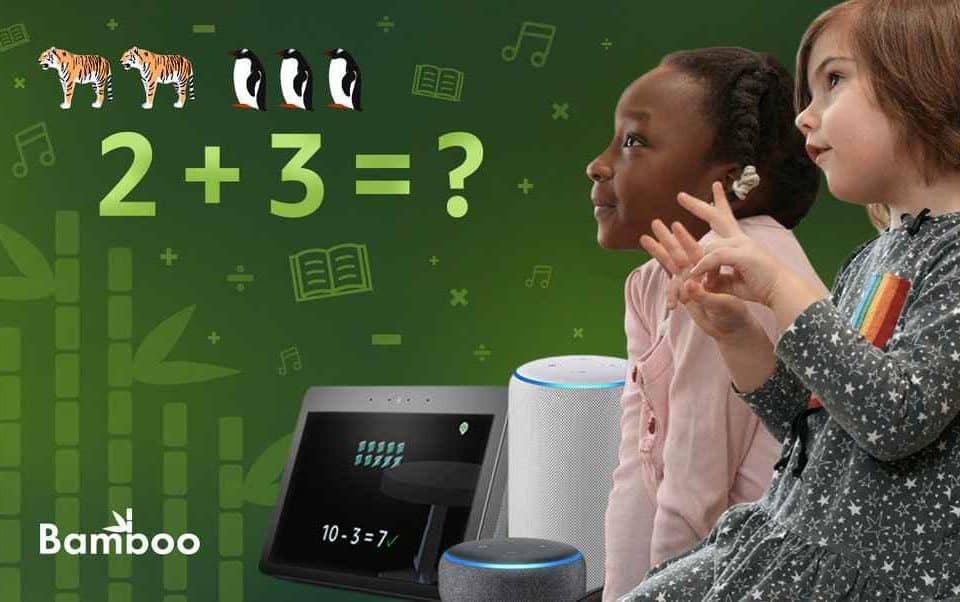 Careful here. I asked Bad Alexa for the cooking time for our Thanksgiving turkey and ended up with a kitchen full of smoke and a frazzled carcass. It's pure luck the corpse wasn't mine, actually. 'You gave me the wrong weight,' Bad Alexa said. 'Not my fault that you mumble,' she said and went to sleep.

I can't recommend letting Bad Alexa anywhere near your finances, either. For several weeks I repeatedly asked her to chase up an order for an electric toothbrush. Only to discover that she never ordered it in the first place.' Why should you care,' she said, 'you've got a garage full of gadgets you never use. Some are still in their boxes.' She sent me to bed without supper that night — an all-time low in our relationship.

When ordering goods, speak clearly to avoid taking delivery of a kayak instead of a cake for the wife's birthday. Bad Alexa did help me track a parcel which was to be delivered by drone. I thought she's turned over a new leaf. No such luck. The drone arrived, hovered just long enough for me to realise my parcel had come, before dumping it in a canal.

In our original article, we advised readers to: 'Ask her where things are, tell her how you want them to be, then sit back and relax.' Do not do this with Bad Alexa, or you'll regret it. And don't dare to relax. Not until she's out of your life for good. My Bad Alexa ended up using its de-cluttering circuitry to randomly classify every item in the house, including my grandmother, as 'Keep,' Give Away' or 'Incinerate' (don't worry. Grandma's okay. Now. A bit scorched, but basically sound.) 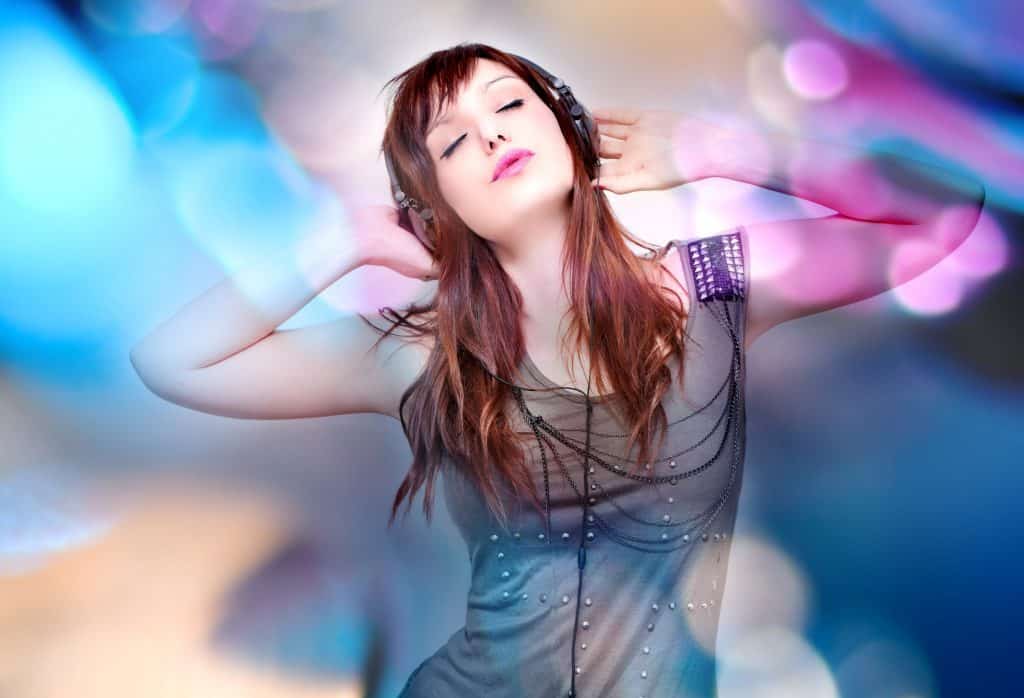 Good and Bad Alexa both excel at playing music. What separates them is that Good Alexa plays the music you ask for. Bad Alexa will have an opinion on your music collection. Which, of course, you might not like.

Nor is Bad Alexa beyond outright trickery. The first time I tried it, I ask, 'Alexa, play me something by Beethoven.'

'Who?' She replied. I got her to admit she knew precisely who Beethoven was and that anything sounding remotely Teutonic gave her the dry boke. She reluctantly agreed to play a concerto. I couldn't hear it. She invited me to creep closer and closer to the speaker. When my ear was 3 inches from the bass driver, she cranked the volume up to 11 and treated me to an extended blast from the San Francisco Bay foghorn. Blew me straight through the bookcase.

On another occasion, I asked her to put on my favourite playlist. Not a whisper was heard. After ten minutes of waiting in silence, I asked Bad Alexa, 'I can't hear anything. Is something broken?

'No,' she replied haughtily, 'I switched the drivel suppressor on.'

I also made the mistake of getting Bad Alexa to control the downstairs lights. Presumably, as a joke, she created a strobe lighting effect instead of calling the police when burglars broke into my house. Had an officer of the law actually attended the scene, it would have looked like I was being mugged in slow motion.

A tale of two Alexas

No matter which way you slice and dice it, this tale of two Alexas has only one clear winner. Here's a clue: it isn't Bad Alexa. If I ever end up in Hell, I'm pretty confident that the devil himself will have a Bad Alexa through which to issue instructions to the damned. Maybe the boffins will ease off on the nasty stuff in version 2.0 — if Bad Alexa hasn't taken over the world by then.

Epilator vs Electric Razor vs Laser – Which Is Better? (Simple Answer!)

Must Play Video Games 2023: Top 5 Games You Need To Download