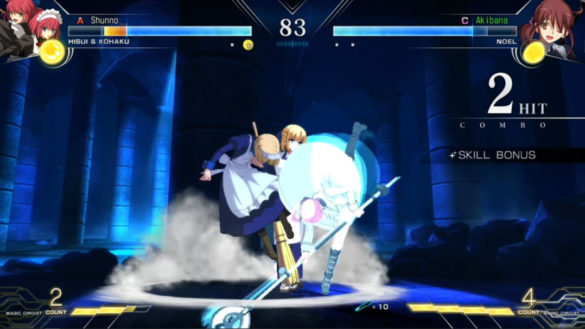 Noel is one of the newest characters of Melty Blood to be introduced in Type Lumina. She’s a neutral-based fighter who can use her spear to catch her opponents from mid-range when they make a mistake. Her toolkit has a fair bit of versatility, enabling her to capitalize on knockdown situations in creative ways.

In this Type Lumina guide, we give you all of the basics you need to start playing Noel.

What distinguishes Noel from the rest of the cast of Type Lumina is her neutral-focused moveset. While her normals and special moves can all be used from long-to-mid range to great effect, they are pretty limited up-close. This means that offense isn’t her strong suit.

However, Noel is a mistake capitalization powerhouse. Playing the neutral game and waiting for her opponent to make a mistake is where she shines. You’ll spend most of your rounds moving around until your opponent attempts to attack you. You then use your superior range to land a hit confirm from a distance, and bring the pain. 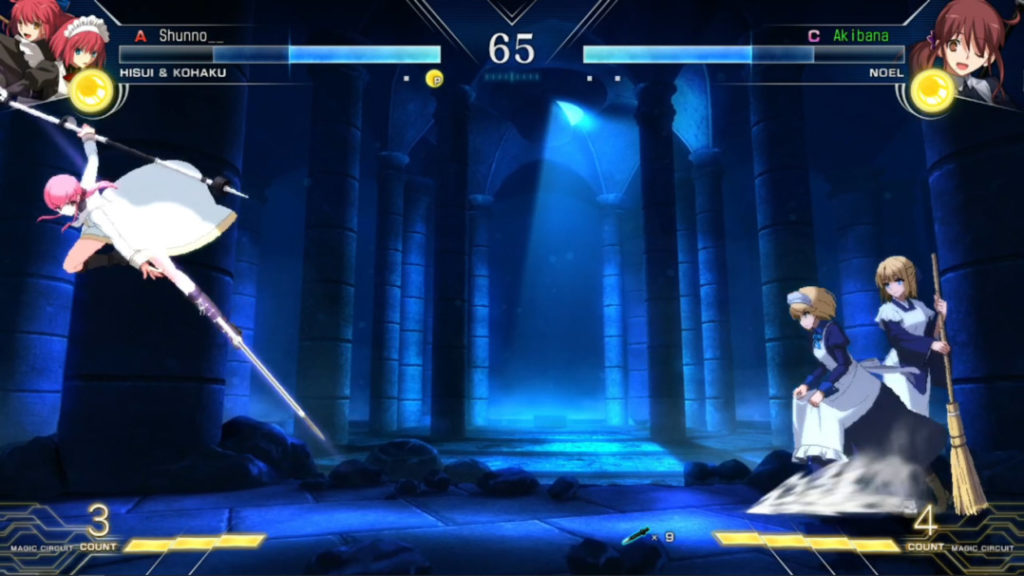 This guide uses standard numpad notation to indicate motions and directional buttons. All moves are written as though performed from the left of the screen. 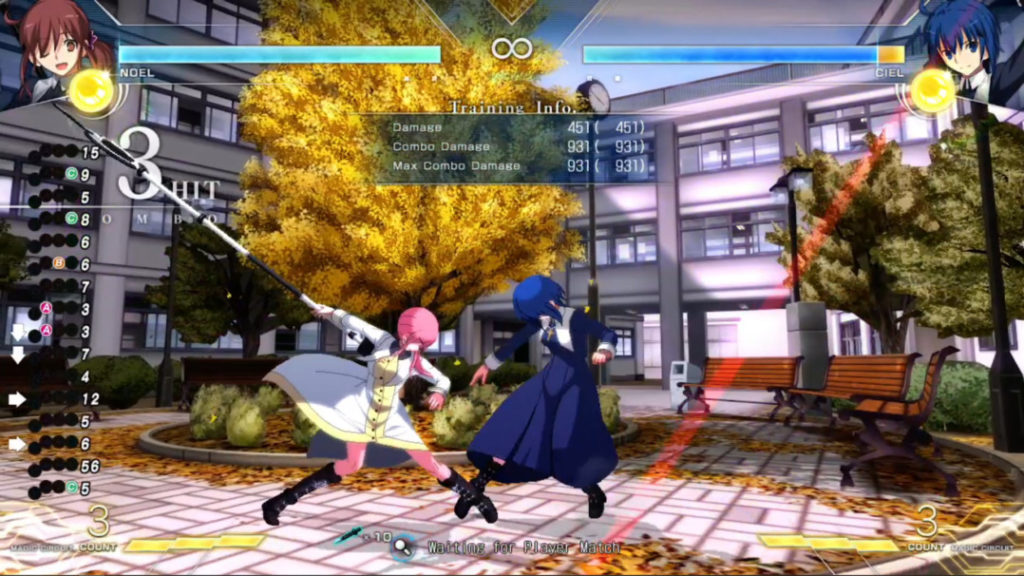 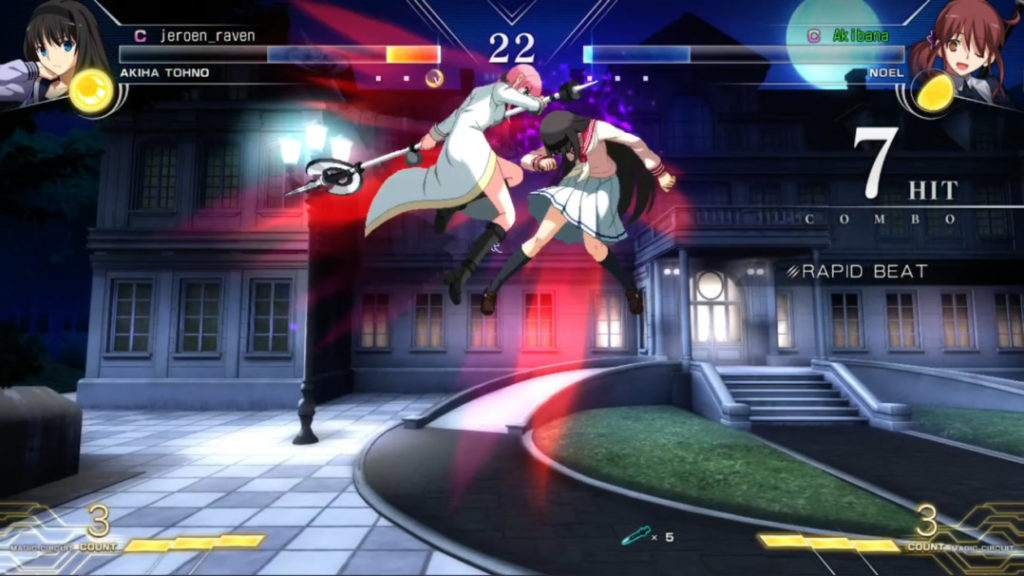 This special is Noel’s most flexible move, thanks to its fast recovery and impactful properties. For starters, they ignore enemy projectiles, meaning they blow right through them and strike the opponent on their recovery.

The aerial versions of Black Keys all have a lot of frame advantage on block, making them a powerful offensive tool. To fully utilize this property, it’s essential to learn how to Tiger Knee the motion so that you can toss out aerial Black Keys as low to the ground as possible.

Finally, Black Keys can be confirmed into considerable damage from most ranges by using the C version.

Because of all of these benefits, Noel has a limit of 10 Black Keys per round. They are more than enough as long as you use them with purpose.

Finally, the B and B+C versions of this move can act as overheads. 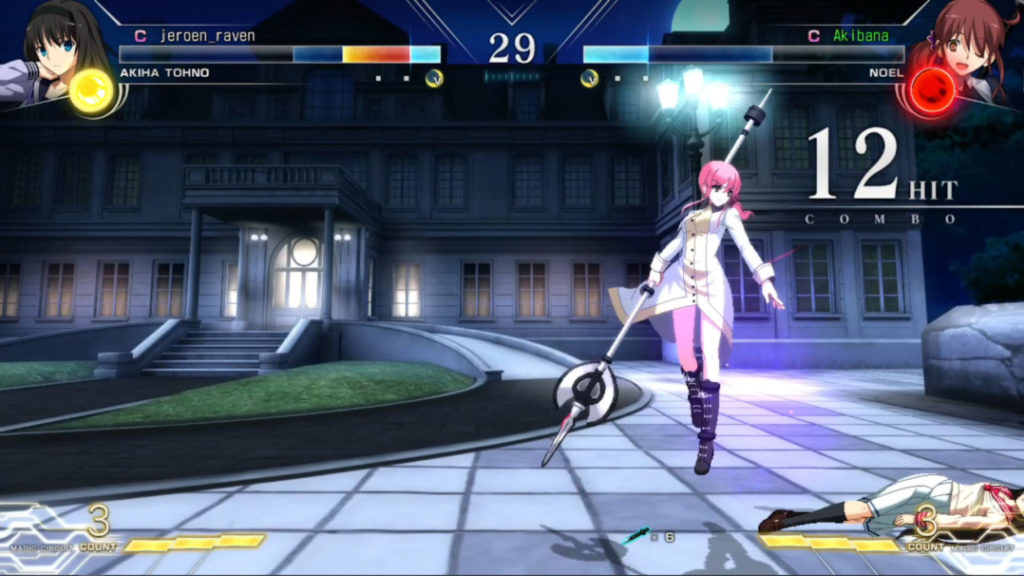 This is an interesting move for Noel as it opens up pathways for some advanced mixup situations thanks to its follow-ups. The initial attack can bring the opponent in closer, too.

The follow-up attacks all depend on the initial version of the Heavy Thrust. The A version leads to a vertical slam that isn’t an overhead but does lead to a knockdown.

The B version is a series of attacks that can be followed up with Black Keys to extend into a combo. Finally, the C version acts as a powerful combo extender, especially in the corner.

What makes this move absolutely dirty is its Moon Drive version because it gains armor. On top of that, it pulls enemies in on hit, leading to some combos that can help you turn the tide.

You can pop MD in neutral, and if your opponent is attempting an attack, you can immediately do Heavy Thrust to blow through their attack and deal considerable damage. You can even use this technique against projectiles.

In this segment, we’re going to look at Noel’s setups, meaning situations where your opponent is forced to guess. If you need a primer on setups, check out this detailed write-up.

While there’s never a definitive list of setups for any character in a fighting game like Melty Blood Type Lumina, there are a few key ones that should be mastered. Noel has three basic setups you should learn to be as effective as possible at piloting her. 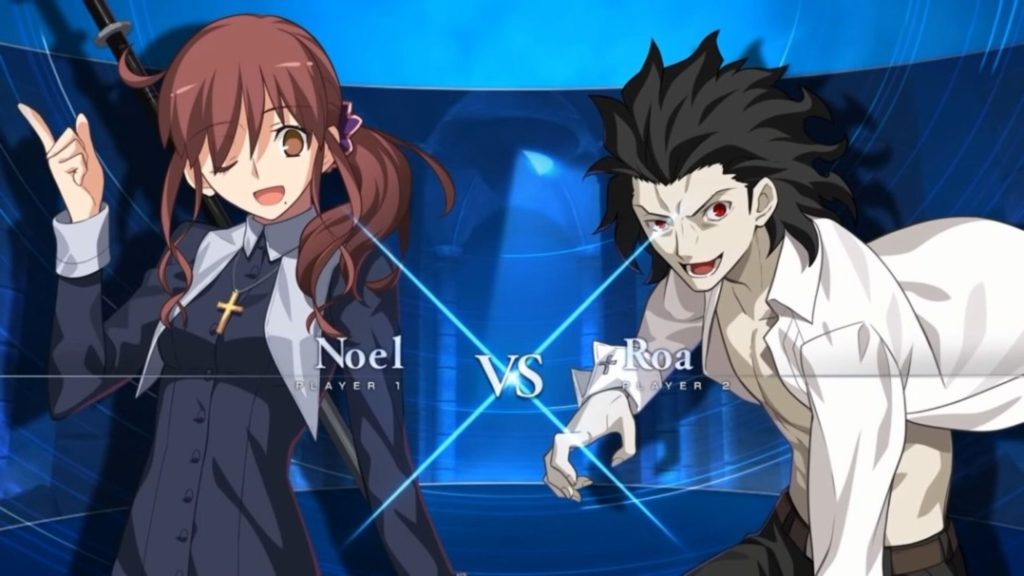 In fighting game terms, a restand is a move that forces the opponent back on their feet after an airborne state. In Noel’s case, her restand enables her to either continue her combo or reset her opponent into a mixup that can lead to more significant damage.

To perform Noel’s restand, you must first land a 2C then immediately cancel into Heavy Thrust. Your options after this are as follows:

Whenever Noel knocks down an opponent, she has an opportunity to mix them up by using her aerial Black Keys on their wakeup. Remember how we said that these babies give you a lot of advantage on block? Knockdown is precisely the place where you want to capitalize on this property.

After knocking your opponent down, wait a bit, then Tiger Knee a Black Key. The timing has to overlap with the moment they’re no longer invincible, so you’ll likely need to practice this. However, once you get them to block a Black Key like this, it’s your turn, and the sky’s the limit on what you can do. If the BKs hit the opponent, you can confirm into a combo.

The best place to execute this setup is after any combo that ends in an Air Throw. 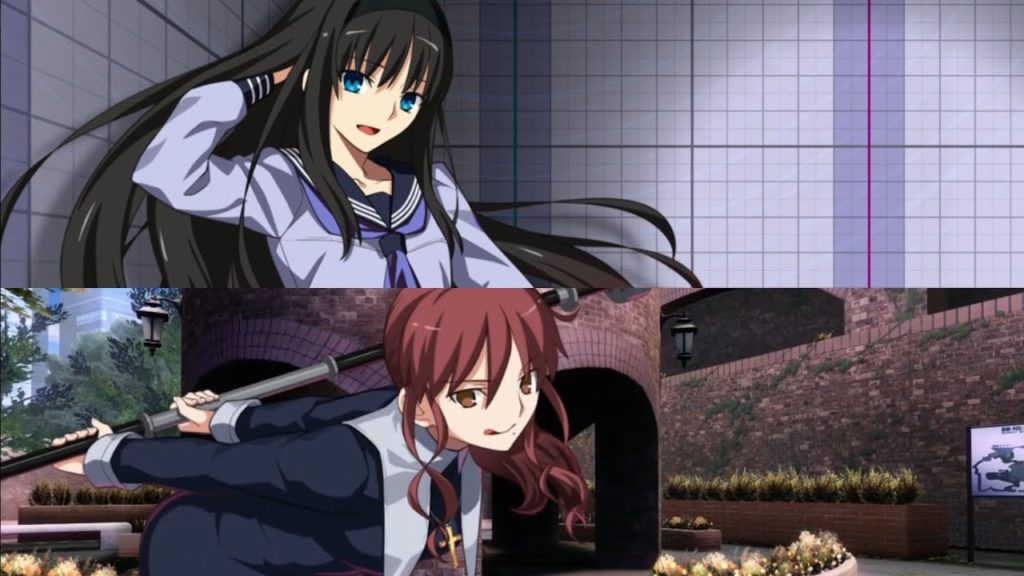 Where Did She Go?

This last setup may not precisely be classified by some as essential, but it should as it can be pretty nasty. It’s one of the few uses 6C has, as the setup takes advantage of how far it makes Noel fly.

What you need to do is strike the opponent off-the-ground (OTG) with either a 5C or a 2C. After that, immediately execute your 6C. Depending on which move you used to OTG, Noel will either land on their right or their left, leading to an ambiguous situation. Because both 2C and 5C can look similar in the heat of the moment, it’s difficult for the opponent to tell which way you’ll land.

If you’re just starting out with Noel and are trying to feel her out, you can simply use the following combo in most situations:

The following combos are divided into sections based on which combo opener you’re using.

Is The Automotive Industry Bold Enough to Say Goodbye to Black Gold?