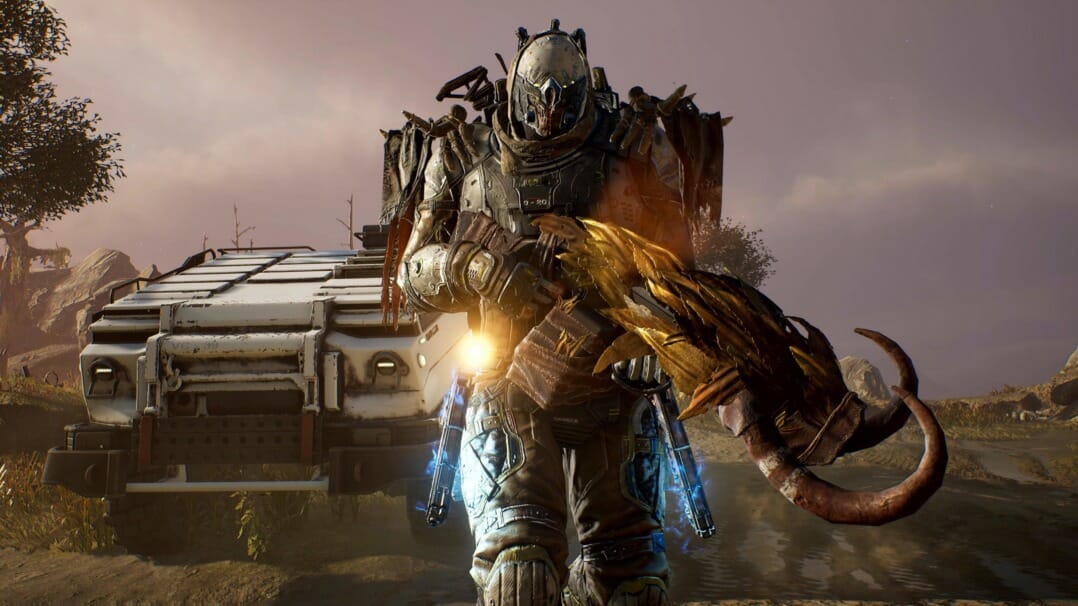 Outrider is a title that relies a lot on its cooperative aspect, allowing you to play with several people and to face challenges together.

But if you are new to the game, you will quickly see that the difficulty progresses quickly and that not everything is easy to understand from the beginning. In order to help you, we list here some basic tips, which will guide you on how to behave in order not to be too lost in the game.

When you start the introduction of the game, you will not have access to the choice of classes right away. This decision doesn't come until several minutes later, and the game doesn't really give you time to test these classes.

Rest assured, if you have chosen a class but want to test others, you don't have to start over. It is possible to skip the introduction and go directly to this choice. This way, you can test the beginnings of each class and see what suits you best. 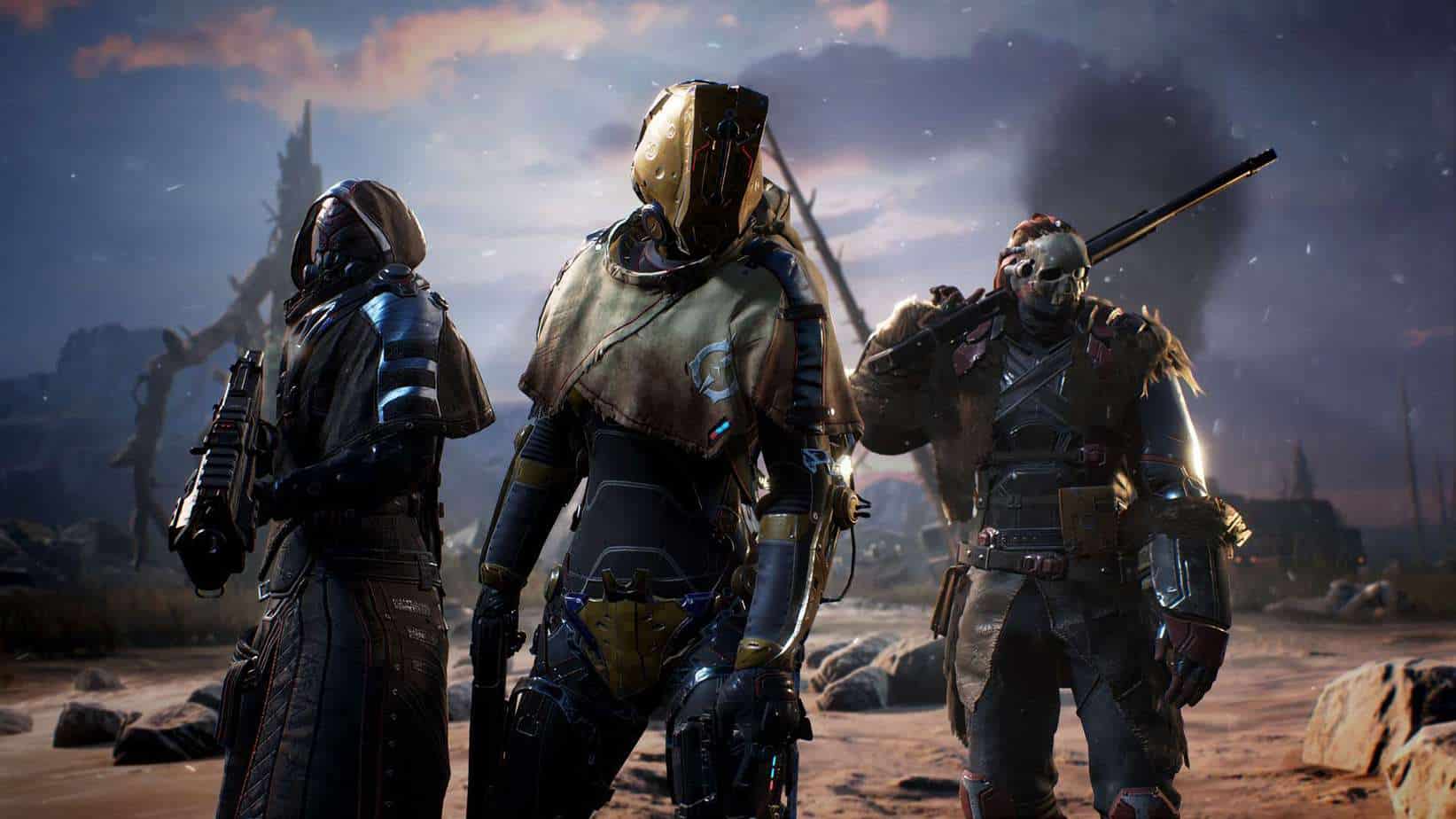 Go for it to regain health and don't standstill

People Can Fly has never been very subtle with its latest titles, and Outriders is no exception. In fact, facing danger is at the heart of Outriders' gameplay, at least for some classes.

The Tellurist and the Illusionist come to mind, as they have powers that focus on hand-to-hand combat. But in addition to inflicting damage, this is how these classes recover health. So don't hesitate to draw a whole group of enemies to you and then hit them with a skill that will affect them all, and make you regain health.

In the same vein, and this applies to all classes, standing still is never a good solution in Outriders. While cover is sometimes essential against certain enemies at a high world level, it is advisable to be extremely mobile so that you don't find yourself cornered and surrounded by enemies, who will not hesitate to get behind where you are hiding. It may seem normal for fans of this kind of game, but in the heat of the action, it is sometimes easy not to pay attention to the scenery. In the various maps of the game, you will often come across ores around you that glow from afar.

Take the time to collect them as they will give you several types of materials that are essential for improving your equipment and thus your survival.

After you've been careful with ores, you'll also have to make sure that your inventory doesn't fill up too much, especially if you activate the automatic loot. If you can very well sell some items in the stores to earn scrap metal, don't forget to recycle some equipment either.

By doing so, you will get valuable materials, such as leather for your armor, which will help you upgrade your equipment in the relevant menu.

Set the level of the world

Outriders shows very quickly that it can quickly climb in difficulty if the world level setting is automatically adjusted to the highest level available.

Challenge seekers will probably like this, and fighting at a high world level will get you the best rewards faster, but don't be afraid to find your good level and stick with it.

If you stick to the lower levels, you'll get less valuable loot, but the adventure will be far less redundant and frustrating than at a level that doesn't suit you. 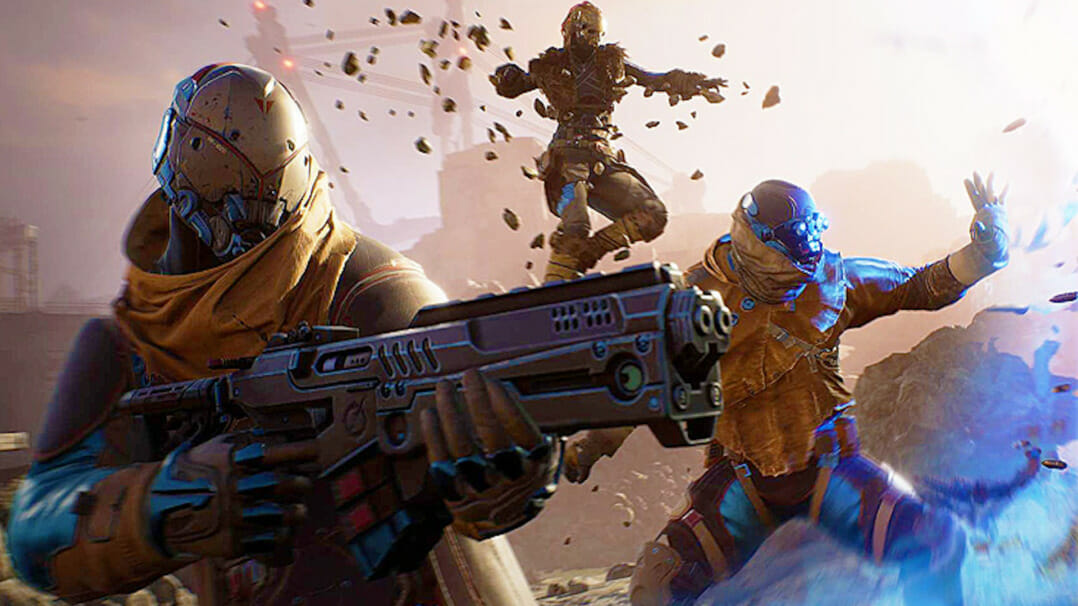 Check out the Awards

While Outriders has many side quests, it should not be forgotten that it has a few challenges for players to complete, which are less emphasized than the traditional quests.

From a certain point in the adventure (after completing the second zone of the game), you will get access to the equipment customization with the Manufacturing menu.

If you want to train to level up to the next world (or to level up your character), or simply want to stay in an area to loot as much as possible, consider replaying the missions as many times as necessary.

To do this, go to the game's menu and select the adventure point you want. It's even easier for side quests, which can be restarted immediately at the place where you found the NPC that gives you access to that mission. You can then farm equipment while advancing your character, as well as your own skills.