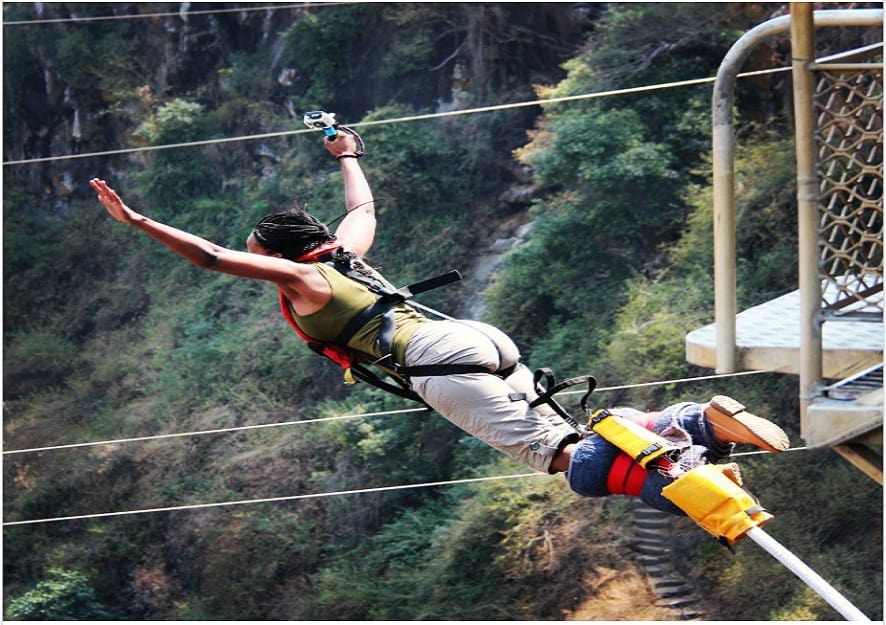 Adrenaline junkies are hooked on excitement. They have a compulsive desire to seek out things that make their heart pound, their palms sweat and maybe even cause the hairs at the back of their necks to stand up.

Scientific studies have shown that people can become addicted to adrenaline, which is as fun and thrilling as it is dangerous. When adrenaline is released, you can experience something called the “runners high”, which is basically a flood of endorphins in the brainthat can bring on a positive mood swing.

Adrenaline junkies are often referred to as “sensation-seekers” because sometimes they crave general excitement and it doesn’t always have to come from a high-speed car ride, skydiving out of a helicopter or abseiling down the side of a skyscraper. Sometimes, they can get the same level of excitement and entertainment from activities like video games.

After all, video games can immerse you in a virtual world – and whether you’re being chased, battling to survive or you’re trying to win a football game, there are so many ways a game can galvanise your focus and emotions.

Let’s take a look at six examples of games that can get your adrenaline flowing.

The first Red Dead Redemption game was released in 2010, and it was a super success. However, the sequel, Red Dead Redemption 2stands to improve on the original. The western-themed action-adventure video game is one of the most anticipated games of the year. Red Dead Redemptiongame has been described as an astounding virtual world that tests the limits of realism.

It combines gun fights with hungry alligators in an exciting alternate universe that’s sure to demand more than a few hours of your time. With its gunslingers, bandit masks and unique tale of how American society was built in the Wild West, Red Dead Redemptionis perfect for all the adrenaline junkies out there seeking some excitement.

If you’re a fan of PC games, you’ll want to get a hold of Fortnite Battle Royale. You may already be familiar with this one since it’s literally been everywhere lately but if you’ve never heard of it, here’s a quick rundown: Fortnite Battle Royale features 100 players who can either play solo or team up with their pals. The maximum size of any team is four, and the aim of the game is to battle it out until only one player (or group) is left alive.

The suspense is what makes this game highly addictive and the perfect game for anyone chasing excitement. You never know if there’ll be an opponent around the corner, and your team’s fortunes are on a knife-edge – they can change for better or worse from one moment to the next. It’s a free game too, which makes it a top favourite for gamers on a budget.

​If you want to up the stakes and get a taste of real adrenaline outside the confines of your favourite gaming console, online slots are the way to go. Slot games have come on a lot since the olden days of ‘one armed bandits’ in grimy pubs. Their modern-day virtual equivalents are incredibly immersive and engaging – not to mention exciting.

Modern slots come with new features such as winning combos, scatters, wilds, free spins and bonus rounds – all of which can help add to your coffers and boost your chance of coming away with a huge prize. You might even win a 2x or 10x multiplier that helps multiply your winnings in an instant.

Online slots are a more high-tech and modern take on the classic slot machine, which is also known as a fruit machine or referred to as ‘the slots’. You’ll find traditional slot machines in land-based casinos. Older versions will require you to pull a lever to spin the reels, but most modern machines use buttons, and all you have to do is press the spin button the spin the reels in hopes of landing a winning combo.

Whichever generation of slots you’re playing, it helps to have a well-planned approach to make sure you’re prepared for any eventuality. You’ll come away with a better understanding of how slot games work by reading this helpful guide to slots betting. It could give you the upper hand when you come to play – and really, is there any greater adrenaline rush than winning a life-changing jackpot?

If swinging from building to building doesn’t get your blood pumping and heart pounding, nothing will. Spider-Manis one of the best games released in recent months, and it’s got a lot of players excited – especially loyal fans of the Marvel franchise. The game provides an exhilarating experience and offers an open-world of New York City for players to explore. Sling a web and catapult yourself half-way across the city in just a few seconds and help keep the city safe from terrifying villains. Spider-Man is an excellent game choice for players searching for an excuse to get some adrenaline pumping through their veins.

​Most adrenaline junkies crave the excitement of a high-speed, and although you probably can’t enjoy a car ride like that in real life unless you have a strong desire to get arrested, a mobile racing game is the next best thing.

Asphalt 8: Airborneoffers natural controls, which makes controlling your car super easy and enjoyable. You can also speed things up further with a handy nitro boost that you can get by performing awesome air stunts and other tricks along the tracks. It comes with a lot of content and gives you a wide range of course choices to choose from.

It’s a great game to play at home, on the bus or when you’re just looking for a quick adrenaline fix.

​Seeking excitement from a video game that feels a little more like the real thing? This Star TrekVR game is just the type of game for you. Fans of the franchise will adore this game, especially since it brings you right into the heart of the action.

The Next Generationis actually an add-on to the original Bridge Crewgame, and you can play it in VR or non-VR. The aim of the game is to complete a series of exciting quests and objectives to fight back against a Borg Cube that’s tracking your every move. It’s a fantastic game with amazing graphics, a great storyline and lots of entertainment to keep you hooked.

If you’re an adrenaline junkie, these six games are guaranteed to give you that rush you’re craving.

Marvel’s Guardians of the Galaxy Review: Our Gameplay View!