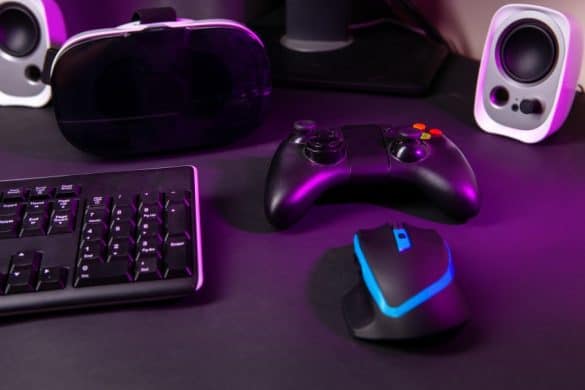 The world of video games today is marked by unprecedented variety and quality. From smartphones to PCs, traditional consoles to virtual reality headsets, and now a growing number of handheld options as well, there are seem to be just about unlimited ways to access the games we know and love. Furthermore, once we do access them, these games are performing better than at any other point in history, offering us comfortable experiences, immersive sensory elements, and vast, enthralling gameplay. None of those statements will surprise anybody who’s interested in video games in 2020 — but when was the last time you really thought about what goes into the devices you play your favorite games on?

Every now and then, it’s worth taking a look under the hood. It can help you to better appreciate how much gaming has advanced, as well as understand where it might be going next; for those interested, it can even offer a few clues as to how to start building or augmenting more customized gaming experiences. Whatever the case, we decided to take the discussion of modern gaming devices a little further than it usually goes, and look at some of the machinery and elements that help to build and drive said devices. Without some of the following, gaming just might not quite be what it’s become today.

Few would disagree with the notion that smartphone gaming has improved drastically in recent years. This has happened for a number of reasons, some of which may matter more than others depending on what you value in games. Generally speaking though, a combination of more powerful internal processors, more innovative game development, and better screens and displays are behind the emergence of smartphone gaming as a formidable medium.

Regarding the last factor — improved screens and displays — you may have noticed that most of the very best smartphones on the market today boast either an OLED or AMOLED display, or something similar. The differences between them are subtle, but by and large these modern displays have turned our smartphones into gorgeous devices when it comes to any kind of content streaming, including through gaming.

Well, if we consider iPhone 11 Pro’s OLED screens as the cream of the crop in modern displays (as seem to these days), then we also have to acknowledge something called organic vapor phase deposition (or OVPD) as a vital element behind some of our most popular and engaging video games. This is one of a few processes by which an OLED screen is created, and it’s an almost shockingly advanced one. Basically it involves the precise layering of gaseous organic materials onto something called a substrate (a sort of clear base for the screen). Those materials then solidify to create a sort of unified layer atop the substrate, creating the screen. Without this process, smartphone gaming simply wouldn’t be what it is today. 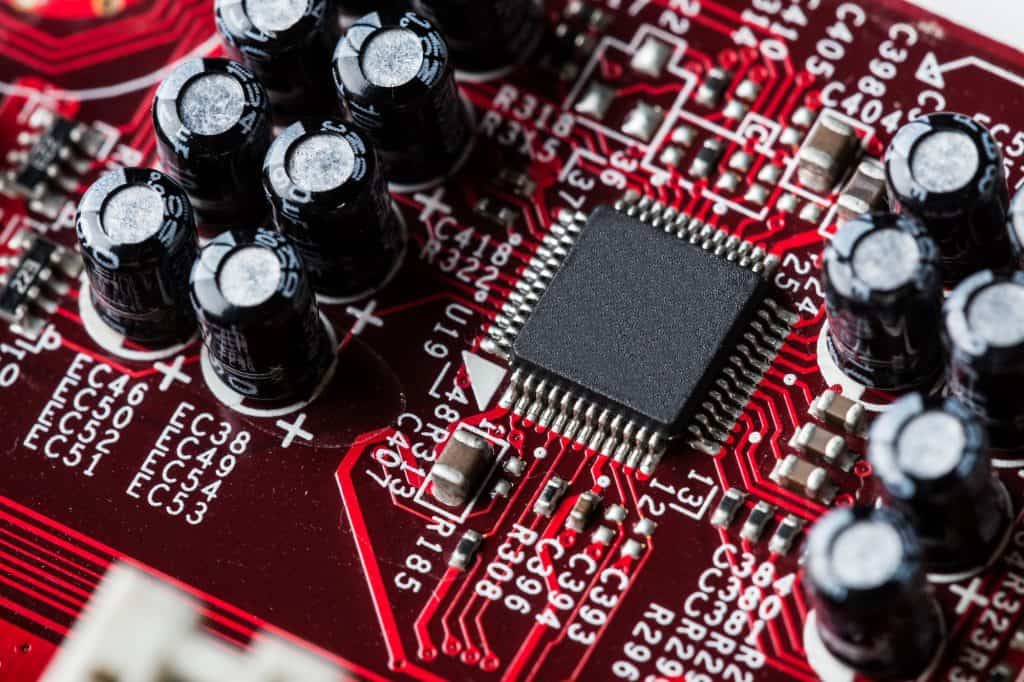 There might not be a single element of modern gaming devices more important than a printed circuit board. Those who don’t take a specific interest in electronic functionality are probably only vaguely aware of the presence of PCBs in their various devices, but the truth of the matter is that these are the elements that make everything work. As stated in one overview of the different types of PCBs, different applications have different specialized design requirements. And with modern PCB design software, those requirements can be met in ways that make our electronics — including gaming devices of all kinds — much more capable.

To speak to specifics in gaming, variations of standard PCBs comprise “motherboards” (the primary internal operational mechanisms for PCs and consoles), smartphone processing chips, GPUs (responsible for the incredible graphics we see today), and more. Not to mention, PCBs also come into play where controllers are concerned, and in standalone devices like some of the newer VR headsets we’re seeing from the likes of Samsung and Oculus.

To be clear, the suggestion is not that PCBs are a new phenomenon in gaming. These vital internal components have been at the core of electronics of all kinds for a very long time, and that includes in older gaming devices. What’s changed, as stated, is the design capabilities we now have where printed circuit boards are concerned. The complexity of modern consoles’ various functions demands superior design, and that’s just what modern PCB software has come to provide. 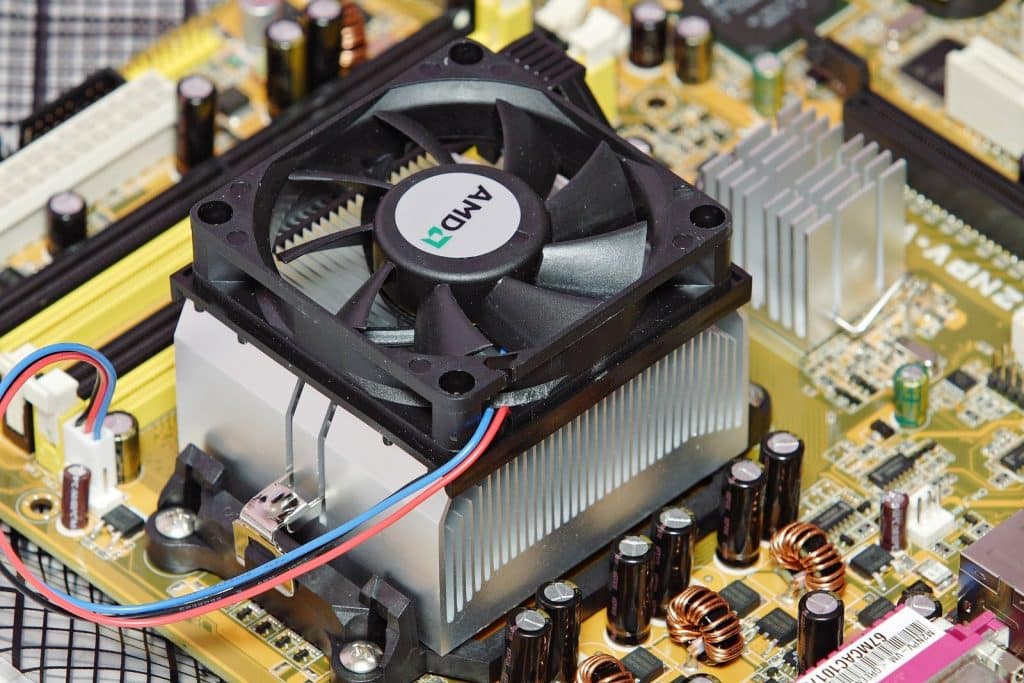 Internal cooling fans might not be the most exciting elements to think about, nor do they necessarily seem like the most advanced. After all, it’s not unheard of for active gamers to simply turn bedside fans (or similar cooling units) toward PCs or gaming consoles to cool them down externally — not exactly a high-tech practice! However, an examination of some of the elements that enable modern gaming to be as impressive as it is almost has to include some mention of the internal fans PCs and consoles have.

Putting it simply, the demands of modern gaming could easily overwhelm the internal electrical systems of the PCs and consoles. You’ve almost certainly felt these devices getting hot to the touch after long sessions, or perhaps during particularly large downloads. And it’s the internal fans — which today can be made through advanced manufacturing methods like injection molding or 3D printing — that keep everything operating safely and durably. So, while people only tend to acknowledge game system fans when worrying about quieting them down, the truth is that without them, and the tricky engineering required to fit them into consoles, gaming wouldn’t be what it has become. 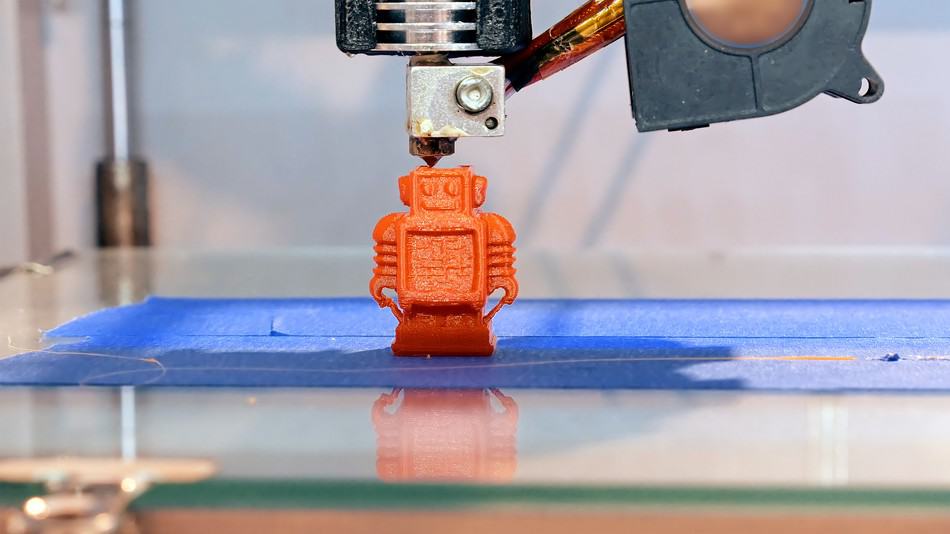 3D printers seem to be coming up more and more in tech discussions of all kinds these days. In fact, you may have seen us bring up the idea of 3D printing in the kitchen in a past article here. And just above, we mentioned 3D printing as a possibility for the design of the miniature fans that keep gaming devices cool. Here though, we also want to make the point that specifically as we move forward into the future, 3D printers are going to play an ever more important role in supporting gaming consoles, PCs, and possibly even aspects of smartphones — not to mention a range of accessories.

It’s difficult at this time to confirm exactly what’s being produced via 3D printing in the gaming world and what’s merely being experimented with. However, with this process becoming easier and more affordable, and growing to support more materials, we do know that the possibilities are just about endless. Most broadly, it won’t be a surprise if 3D printing is ultimately responsible for the design and mass production of the physical consoles themselves. However, it can also play a major role where smaller, internal components are concerned. We mentioned the fans, but 3D printers could help with the design of some of the advanced printed circuit boards we discussed above also.

And then there are accessories and additional, future gaming devices to consider. For example, the primary structure of a video game controller can already be printed, as can a plastic accessory for a virtual reality game (such as a gun, a guitar, etc.). For that matter, we’d expect to hear about 3D-printed VR and AR goggles as well (and you can rest assured there are already people inventing their own products of this sort via the technology).

One way or another, this will be an interesting one to check back in on in a few years’ time.

Last but not least, we have to give some credit to the power supply units that essentially enable all of modern gaming. From the power suppliers that are cleverly packaged into PS4s, to the bulky exterior battery packs you see on some Xbox consoles, right down to the innovative batteries supporting our smartphones, these units make everything we enjoy about the gaming world possible. It may not be ordinary to acknowledge elements like this as being crucial to modern gaming, but the fact is these units have had to advance right alongside all of the other systems and technologies mentioned above in order to adequately power modern video games.

Fortunately for us, we don’t have to worry too much about the advancement of these technologies and device elements, for the most part. We’re fortunate enough to get to sit back and enjoy the results. As the world of gaming continues to improve, though, it can be fascinating to keep in mind just how much is going into that improvement.