Why Smartphone Gaming Will Eventually Overtake Console In Popularity 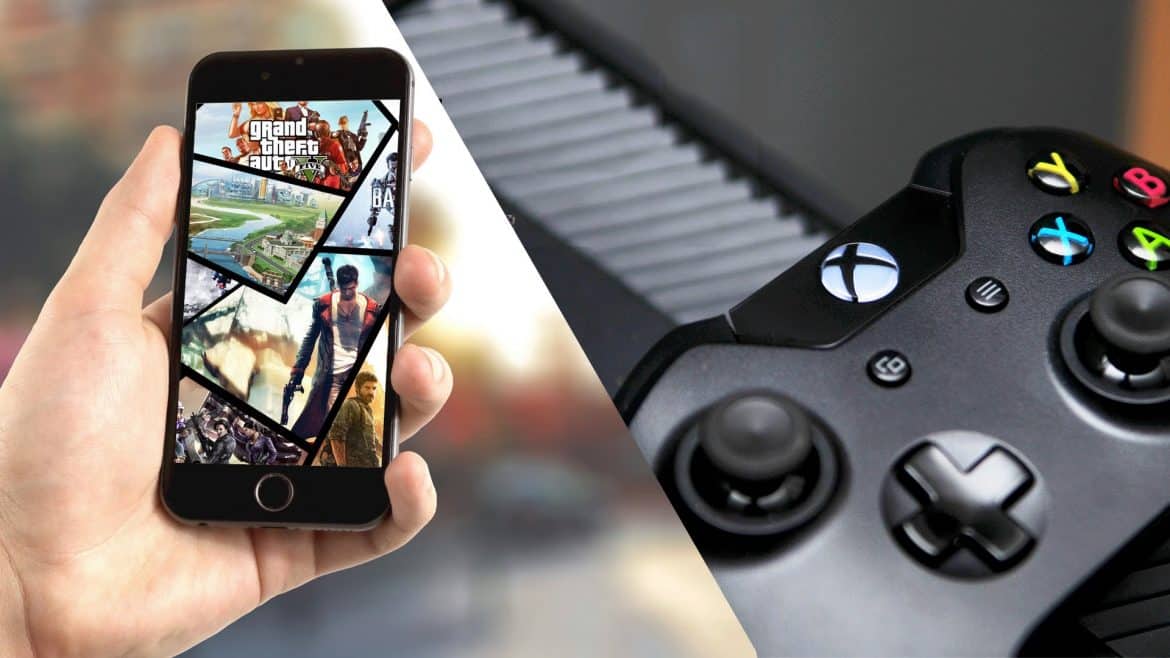 Since I was a kid, video games have been a large part of my life. I remember nights in the garage with my friends, playing Super Mario and eating pizza. I remember going to my friend's house after school and playing Zelda Majora's Mask on the Nintendo 64, trying for hours to collect every item.

As time has progressed, gaming has become more prominent throughout the world. Online gaming has grown to dominate the time of players and hours spent gaming are on the rise globally, year after year. Smartphones have also grown in popularity and are owned by nearly everyone.

Watching E3 this year, it was clear that games like The Elder Scrolls: Blades and the newly released Shin Megami Tensei are bringing graphically stunning titles to Android and iOS. Samsung and Epic Games are attempting to draw more players in with the Fortnight pre order bonus that was recently offered for purchasing the new Samsung Galaxy Note 9.

As all of this comes together, there is a case to be made that, at some point in the not so distant future mobile will be the go to source for gaming.

Everybody Has A Smartphone

It's true that most people have some kind of gaming console. As of 2017, Sony has sold over 53 million PlayStation 4 consoles, meaning that they're in a lot of homes, and with more and more people cutting the cord to their cable providers, sales of consoles are doing just fine.

All of that being said, Most homes in the U.S. have around one smartphone per person. Being personal devices, each individual is able to do whatever they want and some homes have multiple smartphone gamers.

When you think about mobile games, you probably think Angry Birds and Candy Crush, but titles for smartphones have been booming and along with that, so have microtransactions. Micro-transactions account for pretty much all of the revenue that a smartphone title generates.

Most games allow you to play so long or do so much and then require you to use in-game items (that can be purchased) or just straight up cash to refill the number of actions that you can take. Of course, your actions refill automatically over time, but it can take a while.

Because of all of these microtransactions, over 37% of total video game revenue was generated by mobile games as of 2016 and this only rises as better and more in-depth games release.

In the U.S. people spend over 5 hours a day on their smartphone. The average adult requires 6-8 hours of sleep a night. This means that almost 2/3 of some people's days go to their smartphone or their pillow.

Because of the huge amount of time that people spend on their smartphones, it's only natural that they would eventually start to play games. In fact, over 64% of people download a game right away on a new phone.

Gaming is also taking up some or exercise time with games like Pokemon GO. Pokemon GO allows you to catch Pokemon and train them through battling gyms and feeling them candy. The only catch is that the map in the game is a GPS map and you have to actually walk to places to catch Pokemon. It's been a huge success and has gotten people out of the house.

Mobile games started out cheap and of poor quality compared to console graphics at the time. As people are craving portability in their mobile lives and smartphone screens are both bigger and of higher quality, companies like Bethesda, Sony, Microsoft, Nintendo, Sega and thousands of startup companies are recognizing the value of quality mobile games.

Micro-transactions are recurring revenue streams and they're excepted much easier than on console games and this makes it a no-brainer to get people hooked on games that cost less than full console titles and are still massively popular.

Smartphone games used to be halted by the dreaded data plan. Many families have under 10GB for the entire family and playing games on the go just wasn't feasible. Games like Pokemon GO that use data or any game that requires constant internet access are large data hogs, and that made playing games on data difficult for most people.

Just a short time ago carriers started implementing unlimited data plans that allow users to stream, play and browse as much as they want. This is great for mobile gaming because it means that there will be more people playing during their downtime.

Console gaming has dominated the gaming landscape for a long time now. Consoles are convenient media and gaming devices that connect to your TV and allow you to play whatever you want on the big screen. Most console games with multiplayer are online which means that you can play games with anyone you want and multiple friends at a time.

Times are changing, however, and people are searching for more portability and freedom. The Nintendo Switch and Xbox Live on PC are proof that the console market is slowly shifting to mobile. As mobile technology improves, it only makes sense that we would be able to take our high-end games with us on the go.

Smartphones are a bit ahead of the curve when it comes to mobile gaming. The platform was always there but software and hardware have become good enough that devices like the iPhone X and the Samsung Galaxy S9+ are good enough to play some gorgeous games that will immerse you for hours in story and action.

While console manufacturers scramble to create portable consoles like the failed PS Vita, Companies like Google, Samsung, and Apple, as well as some other companies, have been improving the smartphone gaming landscape to include ports of console games as well as great new games like the soon to release Elder Scrolls: Blades.

Console has had its day but the ultra portability of a smartphone will eventually outpace it. What do you think? Do you prefer to game on console or have you adopted mobile gaming? Let us know in the comments.

15 Must Have Gadgets To Make Return To School A Breeze

Why The Nintendo Switch Is A Must Have For Any Gamer?

this is quite clear, mobile will surpass home gaming rigs sooner than anyone knows. what makes me sad as a gamer is that only a few companies offer the real experience, ( using a controller or adding one to hold your phone. )
googler– if you don’t act soon, the opportunity will pass you by. ( points finger at google/nvidia SHIELD TV )

Nvidia had this formula down, and they were poised to be a leader, but they quite and gave up. not sure why the SHIELD PORTABLE ended production, but it did. its rare when a company writes off a idea and gives up, yet the fanbase continued to grow.
what will really set apart the next gen phone/game devices will be how the manufacture handles it. will they stay closed loop or be open with developers, as it seems to me, when hackers and developer’s get on the bandwagon, the end result is so much more than intended., we all benefit. best example- MS kinnect.