War Drone – From Rocks to Rockets 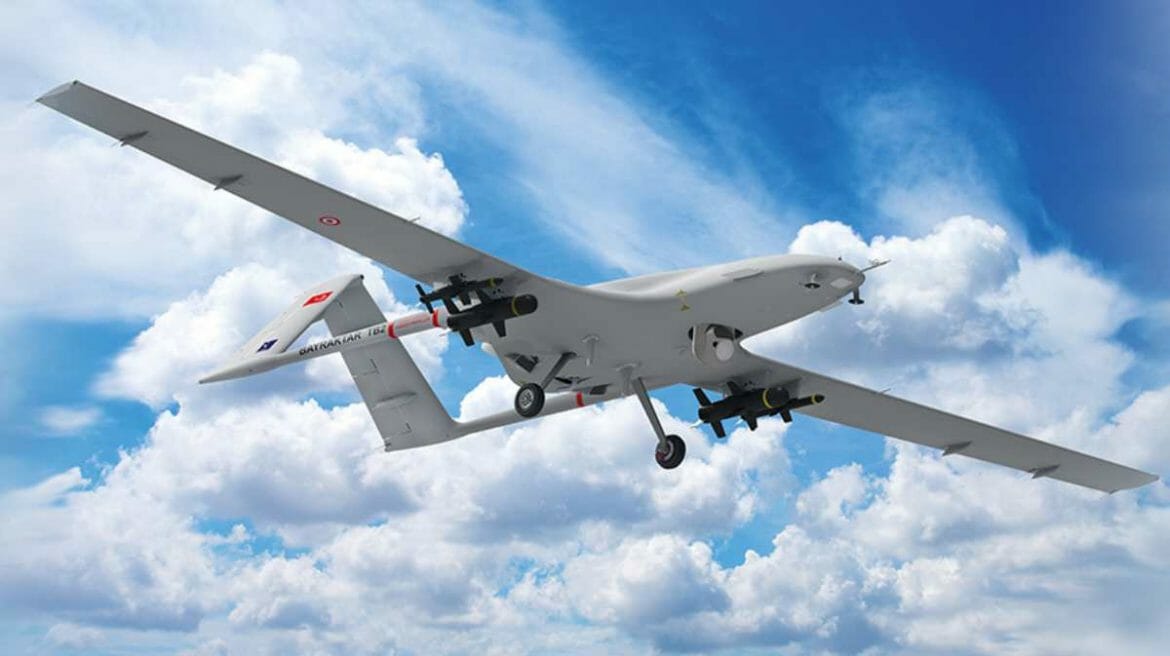 After many years of planning, design and head scratching, the Royal Marines have finally showcased their brand new “ War Drone” piece of equipment.

The latest piece of high tech kit that is now available to soldiers and military personnel on the frontline, promises to change the face of modern warfare.

The drone is capable of carrying ammunition, supplies, and eventually wounded soldiers from the battlefield to safety.

Due to the technology, it can also spy on enemy positions and pinpoint them from up to half a mile away without any detection.

Recent trials of the drone carried out by the UK`s amphibious force was filmed by Force News. In the film, the two drones that were tested by Marines in Cyprus were highlighted as potential game changers for military command. 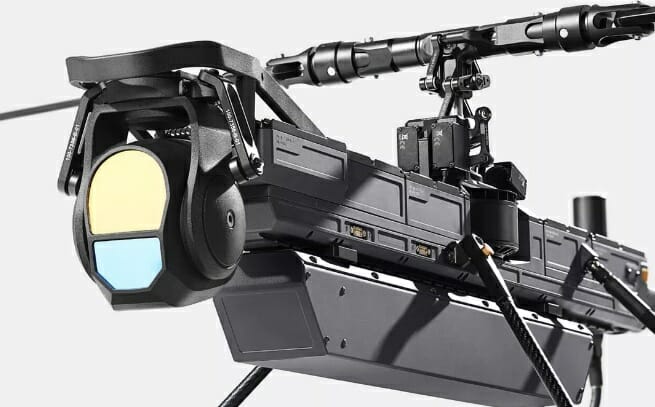 The first machine called the Quad-copter was made by Malloy Aeronautics of Maidenhead, managed to carry ammunition, food and other essential equipment.

Capable of hauling up to 180 kg (400lb) of gear through the air, the Marines hope one day to be able to use the drones for carrying people.

The drones official number the T-800 has been described as the pick up truck of the air with a range of 43 miles (70km), which can be autonomously flown across land or sea.

Royal Marines Major Kris Dawson said “ resupplying has always seen guys carrying stuff and running it forward from the rear echelons,” “Systems like resupply drones can bridge potentially pretty significant gaps, that could be an absolute game changer in military terms especially on the frontline”.

According to Forces News presenter Briohny Williams the game changer with this drone technology is the software. A pilot can use a computer programme to set instructions for the drone to follow, it can also notify the pilots of any possible threats, without a person having to constantly scan the video feeds.

The eventual goal is to develop a system that allows one commander to control multiple drones from a single work –station which could be located on a warship, tank or in a tactical field. A drone commander could reallocate equipment as he sees fit based on multiple video feeds and a wealth of other data information. They will able to get a total picture of the battlefield rather than one operator seeing one thing in isolation, it also means we`re able to concentrate a force as and when the commander needs it in response to any given task or threat.

The troops on the ground could also get the information fed back to them via a chest tablet, called an Android Tactical Assaults Kit ( ATAK ). 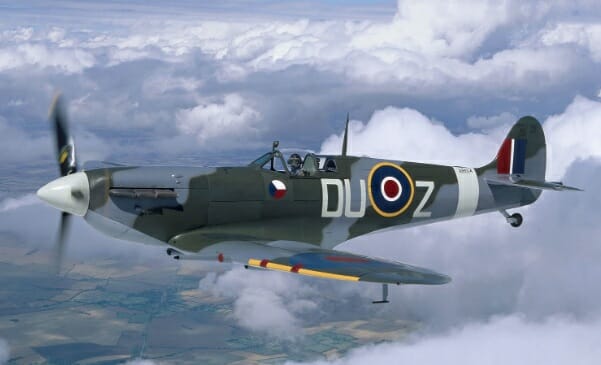 With the ever -increasing threat of chemical and nuclear war, the UK military bosses are placing their faith on future missions on drones in a big way, they expect them to become a vital battlefield foil in future battles.

The marines are already training and working alongside the drones in the field, and it is already changing the way soldiers operate. Exercises carried out in Cyprus last autumn tested over 40 different technologies, including drones to evaluate their usefulness for the Royal Navy and Royal Marines.

They are working with a number of commercial entities to push the boundaries’ of what can be achieved with drones on the battlefield.

Another gadget that was trialed was a machine called the “Ghost”, which is a remotely piloted mini helicopter developed by Silicon Valley start up Anduril.

It can fly distances of up to 20km from the pilot and up to 3000 feet above sea level.

Loaded with thermal imaging camera`s, the virtually silent drone can capture footage of enemy combatants or encampment`s from afar sending the details back to HQ.

The A Bomb: Something that should never be used again. 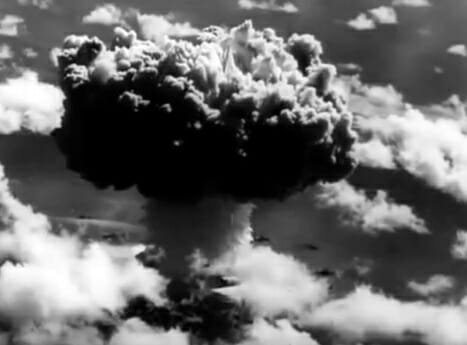 Last year defence secretary Ben Wallace suggested that the flying technology could one day replace British soldiers in the field, this underhand statement was made during a speech in which he told delegates on board HMS Tamar in London that “ Britain`s enemies have adapted at a far quicker rate to technological weaponry than us”.

The shock statement was made as Mr Wallace sets out plans to restructure the military, making it more innovative towards a technical future.

He continued by saying “our values and interests are being challenged in the grey zone all over the world” as he prepares for the publication of a major defence review in September 2021, maybe the recent trials carried out by the Royal Marines will go a long way in proving Mr Wallace wrong.

When you consider how far military weaponry and equipment has advanced over the decades, it is astounding to see how a medieval catapult has evolved into to an autonomous firing rocket. 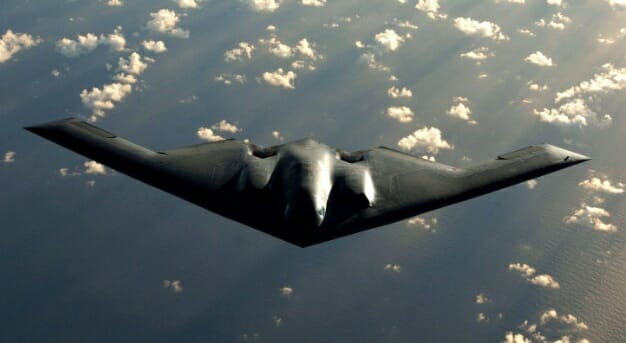 Can you remember the first time that you saw a stealth bomber and thought what is that?
Just think of how advanced weaponry has made a difference to the men / women in the firing line on the ground and in the air, some of the inventions have made a significant difference to various armies and civilization`s across the globe.
We at Bearingtech fully understand the importance of advanced engineering having been involved with the engineering industry for many years, especially seeing the emergence of drones through their bearing capacity.

We started to think about the some of the major advancements that we now take for granted, at the time they were revolutionary, many history changers and battle winners.
The list goes on and on, here are a few that have made a difference. 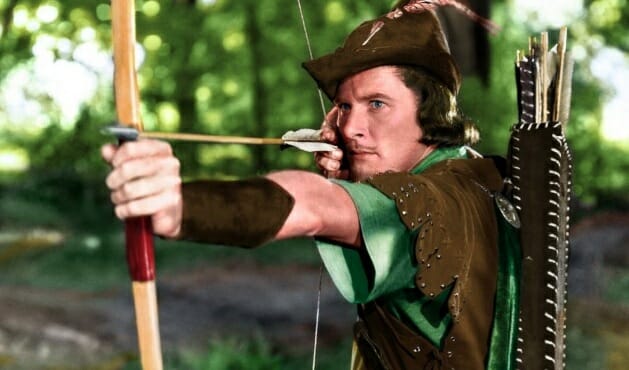 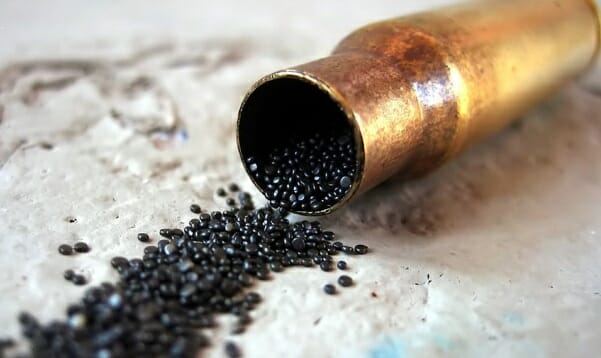 Advanced Weaponry Throughout the Decades

The AK 47 – The most produced hand weapon in the world 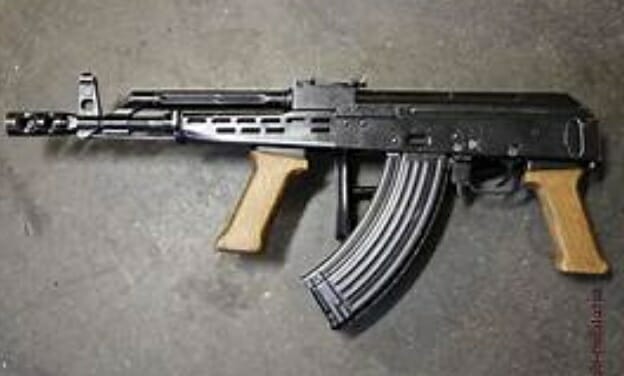 Continuing Conflict
Since the beginning of time man has tried to defend himself against its enemies with whatever weaponry was available at the time, from rocks to rockets there always seems to be a better weapon. As civilization`s grow, more and more possessions and people need to be protected.

From the reign of Julius Caesar to Genghis Khan through to Adolf Hitler and Saddam Hussein countries have battered each other for centuries with the latest weapons.
Early military battles involved various armies facing each other in some remote field in a far off land trying to gain ground on each other. During the 1st World War Britain and Germany were entrenched in bunkers and trenches and only ventured over the top to try and gain literally inches to no avail.
Towards the end of World War 2 there was a terrifying new concept in the shape of the A bomb which not only threatened men in the field but a whole population of a country,
Unfortunately when this was dropped it wiped out tens of thousands of innocent people in Japan, an event that the world has never forgotten and never wants to see again.
The advancement of weaponry has increased dramatically over the years and will, no doubt will continue to do so over the coming years.
Ex president Ronald Reagan once quoted that “if World War 3 breaks out nobody will turn up” due to the advancement of the new weapons available.
It has been a long journey from the humble bow and arrow to a nuclear weapon, same strategy different strength, but with a devastating outcome.
No more over the top, but more up, up, up and at em!

SSD vs HDD: Which is Best for Gaming?

Schlage Connect vs Sense vs Kwikset Kevo – Which One Should You Buy?