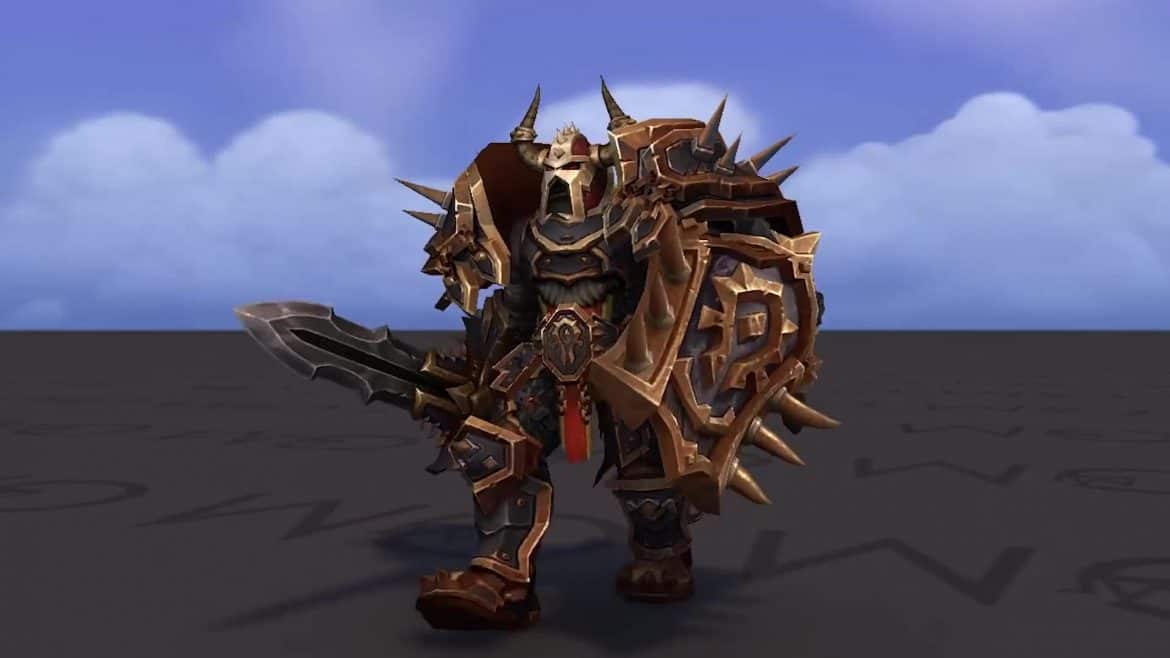 ​When Deathwing, the WorldBreaker, burst from the earth, he devastated the land of Azeroth. Now, a war is unfolding throughout the planet. It’s up to you to stop it.

World of Warcraft (WoW) is always changing, and its 7th and latest expansion, Battle for Azeroth, introduces several new features. One of them is the Warfront battle mode.

This article provides a recap of all the 7 major expansion packs of WoW. Below is the World of Warfront expansions list. By reading through, you’ll also learn more about the newest game mode being offered by Blizzard today.

For over a decade, it has reigned as the number 1 online RPG. Despite being the 4th major installment in the Warcraft franchise, its gameplay is different from Warcraft II and III.

However, this all changed after Warfront was introduced. Warfront is a 20-player PvE mode against opposing factions. It incorporates RTS gameplay into WoW.

Now, you can take a break from dungeon crawling and participate on skirmishes and sieges.

However, if players don’t install certain expansion packs, many features, battle modes, and dungeons will be unavailable for them.

Released on January 2007, this is the very first expansion set for WoW. It sold 2.4 million copies on its release day alone.

By installing this expansion, 2 playable characters are added: the Blood Elves and the Draenei.

In the vanilla game, shamans are only available to the Horde faction. The cleric class is also only exclusive to the Alliance faction. 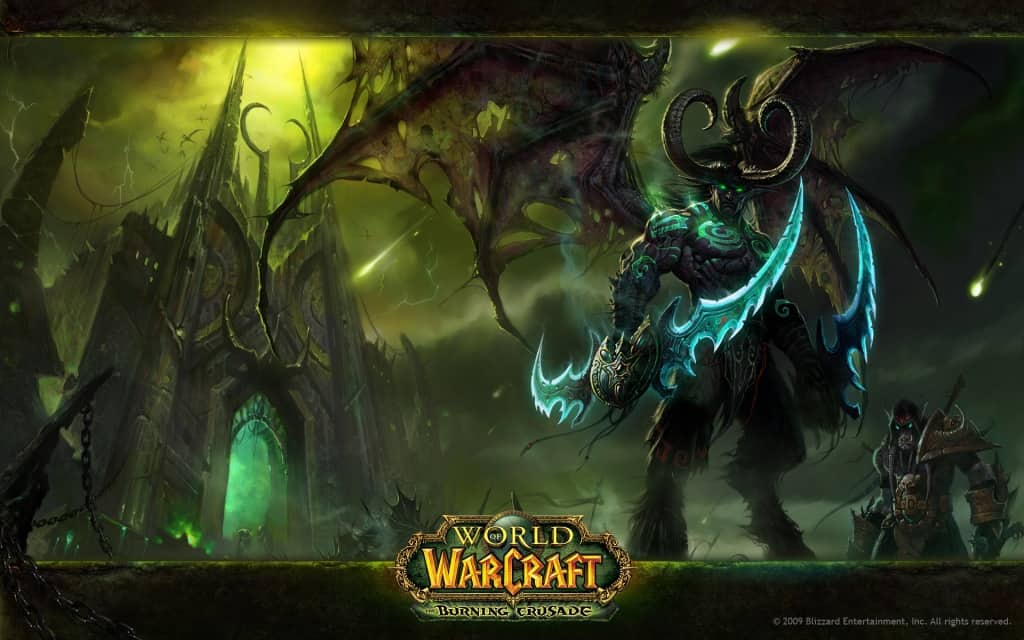 Once this expansion is installed, you can become a paladin or shaman regardless of your affiliation in the game.

Also, it raises the level cap by 10, making it 70. Outland is also added to the map. This new planet features additional cities, dungeons, zones, and creatures.

In the PvP mode, a new arena called Eye of the Storm becomes available. This battleground is designed for level 70 players. But you can’t summon flying pets or mounts in this arena.

Furthermore, an Arena System is also incorporated. It enables players to fight in 5 vs 5, 3 vs 3, or 2 vs 2 deathmatches.

All in all, 3 arena levels are introduced in this expansion set. They’re the following.

Months after The Burning Crusade’s release, arena matches became so popular. Millions of players logged in daily just to participate in deathmatches. These arena battles have also developed into esports.

Wrath of the Lich King

To date, thousands of users consider Wrath of the Lich King as the best WoW expansion ever released. This is according to a report posted on IGN in January 2019.

The story being featured in this expansion set follows the conclusion in the main storyline of The Burning Crusade. Like its predecessor, it also sold millions of copies. 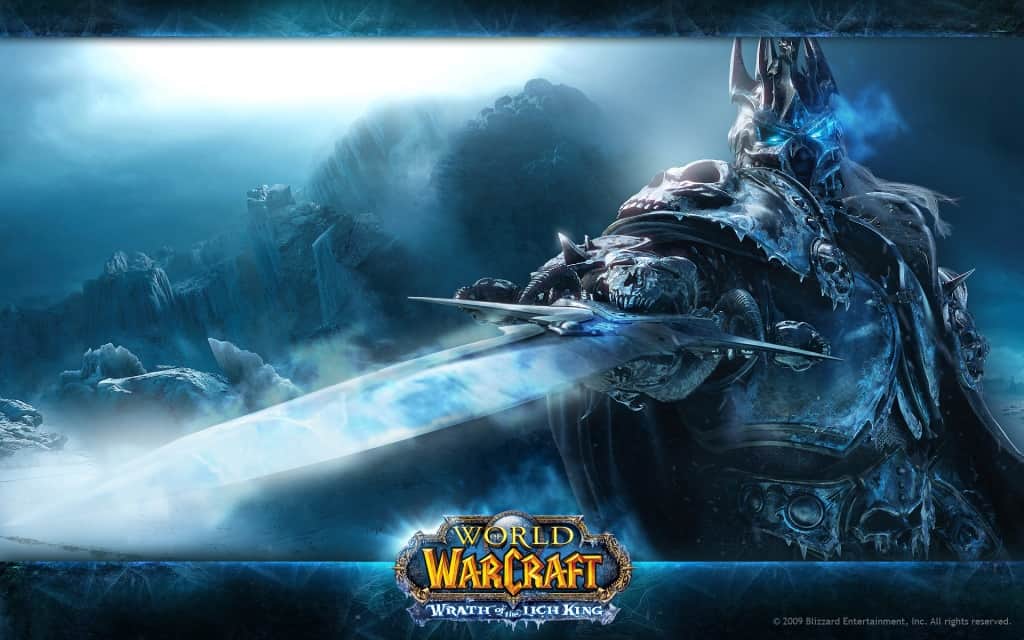 Thus, it garnered the title “the fastest-selling PC game of all time. On its release day, it sold 3 million CDs.

Blizzard Entertainment, the developer of WoW, added a significant amount of additional content into the game’s world. This includes a wide continent and several undead mobs.

Northrend is the home of the Lich King, the final boss that you have to defeat in this expansion.

To reach Northrend, your character must be at least level 68. This expansion raises the level cap by 10. From level 70, the level cap becomes 80 after installing Wrath of the Lick King.

Death Knights are the fallen heroes of the Horde and the Alliance. According to the game’s lore, the Lich King raised them in order to become champions of the Scourge.

Death Knights have 3 specializations: unholy, frost, and blood. They can serve as tankers and damagers.

This power allows you to manipulate your enemies.

The frost specialization enables your character to combine, control, and counter strikes with the use of ice skills.

This specialization upgrades passive and active poison skills. It also allows you to control a pet ghoul.

After creating a Death Knight, you start off with a clean slate. Your character won’t have abilities or spells.

To earn talent points, you must complete quests in the starting area in order to unlock talent tiers. You must also do this to join other players in Azeroth.

This hero class is indeed formidable. However, it isn’t available for Pandaren users.

Cataclysm raises the maximum level cap by 5 levels. From level 80, the level becomes 85 after installation. 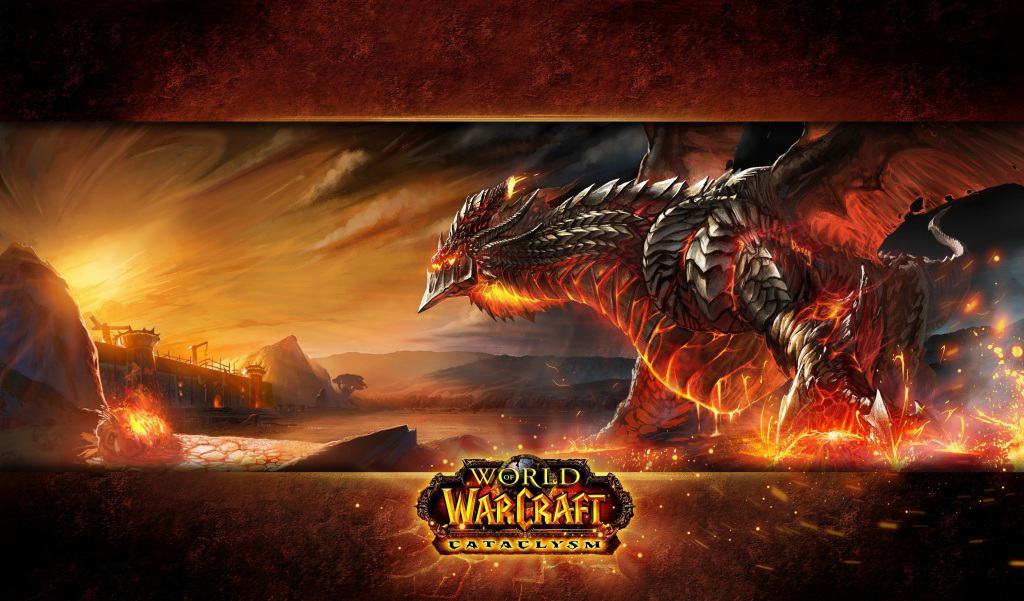 By installing this expansion set, Azeroth’s 2 major continents, Eastern Kingdoms and Kalimdor, will be redesigned. Their appearance will change.

In addition, the quest system will also be revamped. This expansion adds 3500 quests. It also streamlines the interface. This makes it easy for players to follow low and medium level quests.

Months before its release, Blizzard revealed that Archaeology, a secondary skill, 5 new raids, 2 new race, and 10 new dungeons would be available.

You can opt to create a Goblin or Worgen character once this expansion is installed.

Moreover, it enables you to learn a glyph permanently and remove one using a reagent.

As the name implies, Mist of Pandaria’s story revolves around the Pandarens and Pandaria. Pandaria is the homeland of the Pandarens.

Being the 4th supplement for WoW, Mists of Pandaria is set after the events of Cataclysm and Deathwing. It also raises the level cap by 5 levels. 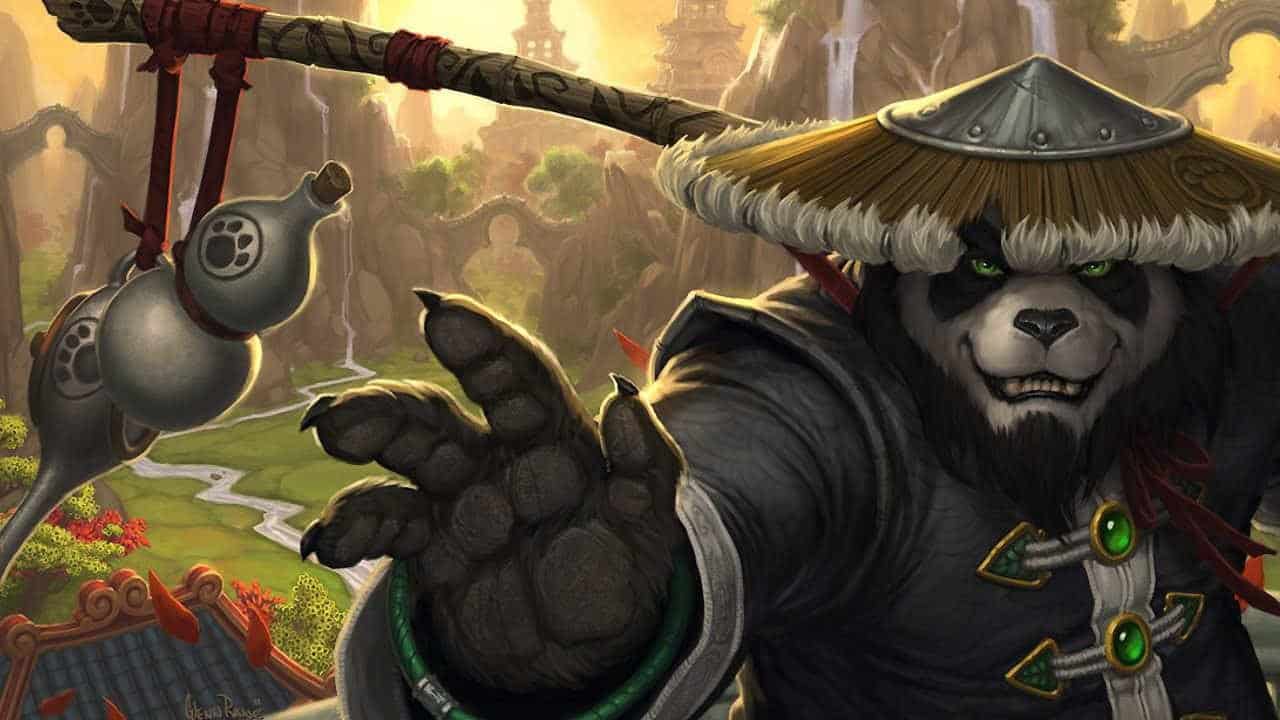 With the installation of this expansion pack, you can create a Pandaren character and opt to become a monk.

Patch 1.0.1 adds the continent of Pandaria to the map. Pandaria features 9 dungeons, 3 raids, 1 arena, and 2 battlegrounds.

Here are the zones available in Pandaria:

Latter patches replaced the talent tree with tiered talents that are awarded every 15 levels. They also added several heroic scenarios and the Brawler’s Guild.

Announced at BlizzCon 2013, many fans were hopeful about what Warlords of Draenor has to offer. However, it has failed to meet their expectations.

At first, it made a great impression. Its new leveling system hyped players. Its release brought a breath of fresh air to the game. 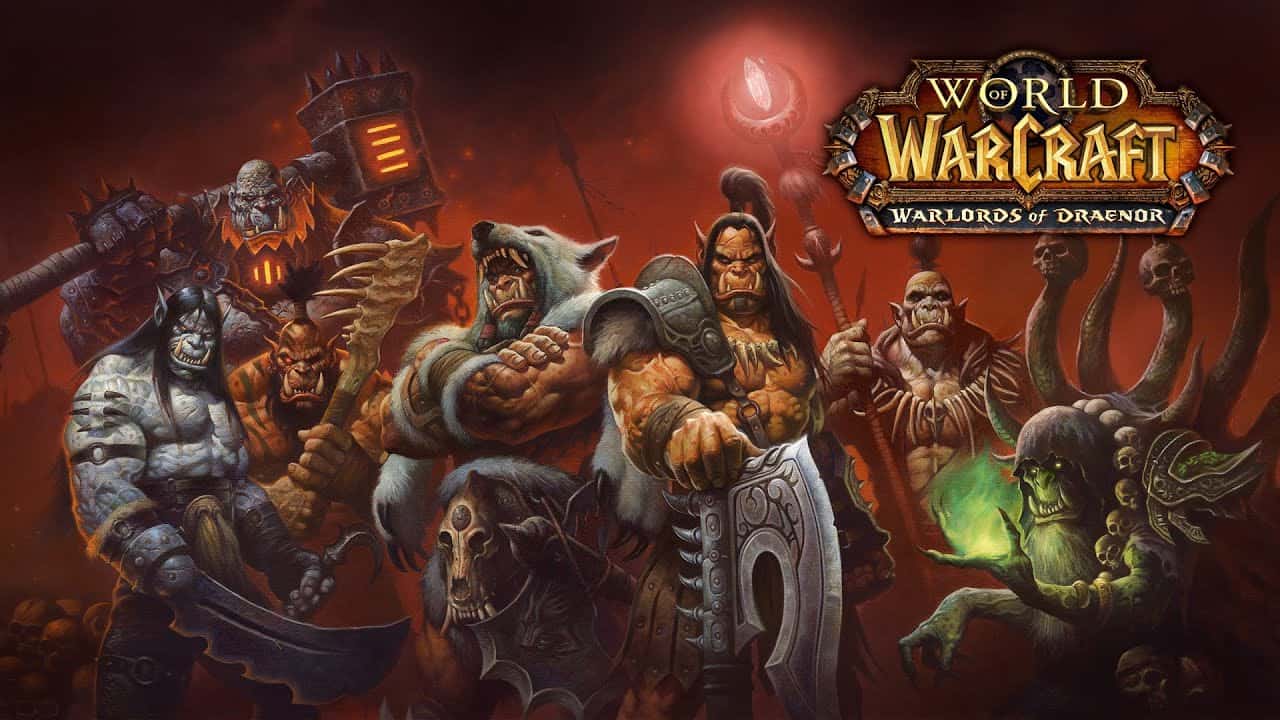 Warlords of Draenor was released 10 years after WoW’s official launch. Its users had been getting tired of the leveling system.

Warlords of Draenor interwove cinematics with exposition and cutscenes expertly. However, all the time-traveling shenanigans became its downfall.

The developers changed many things in WoW’s PvP game modes. They modified the behavior of PvP items.

Because of this, crowd control abilities are reduced.

Ashran, a PvP-focused island, also became available. There are various battles, quests, and objectives in Ashran.

This expansion also updates the proving grounds. After installation, you can queue in random matchmaking for heroic dungeons.

In addition to that, if you install this supplement, your stats for parry, dodge, expertise, and hit will be removed. It will be replaced by new tertiary stats that gives additional movement speed and damage reduction for AoE effects.

Also, the garrison, the expansion’s major feature, unbalances the game. It isolates users from one another. This feature makes you hole up in your garrison.

According to Steam, the population of daily WoW players dropped significantly between 2014 and 2016. Many people believe that this patch may have played a role in that.

Legion was released on August 30, 2016. It’s the sixth expansion set for WoW.

Region raises the existing maximum level cap by 10 levels. Its main features are the artifact weapons and the Demon Hunter heroic class. It also adds 5 new dungeons, two raids, and the Broken Isles to the game. 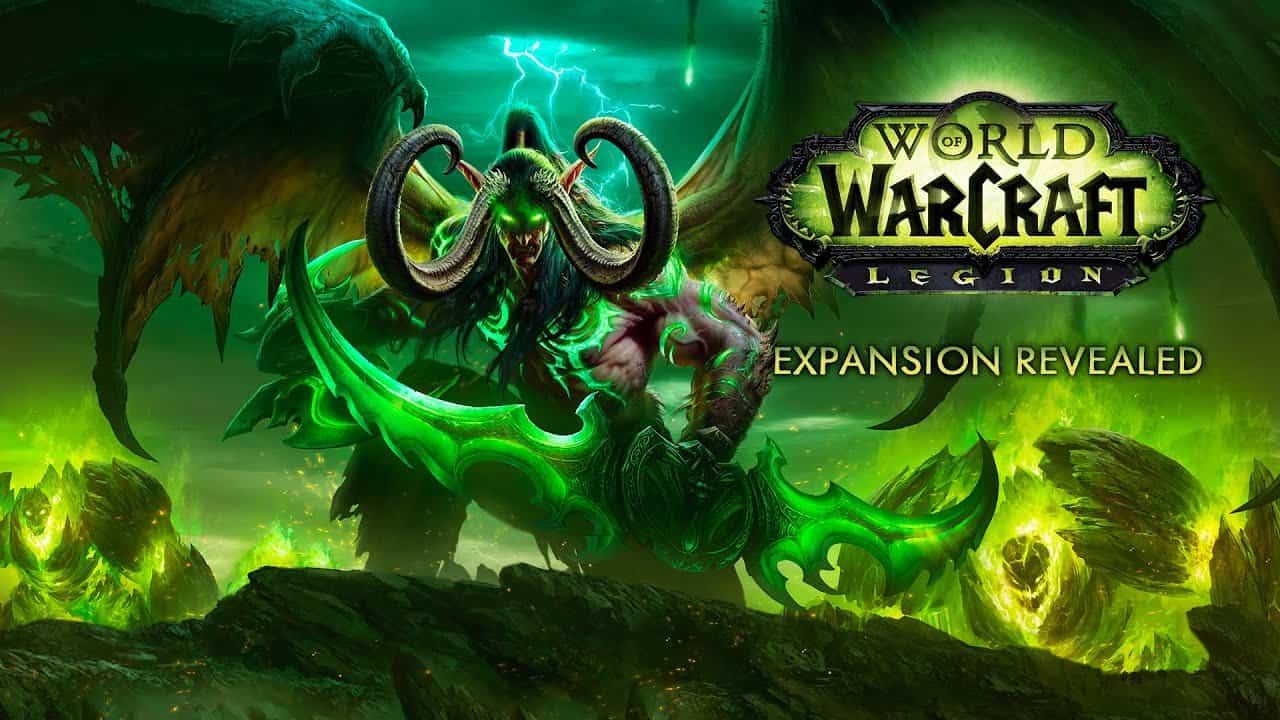 The artifact weapons are very powerful items. In the Warcraft universe, legendary heroes have wielded these epic items.

All in all, there are 36 unique artifact weapons that are specific for every specialization and class.

For example, the Ashbringer had belonged to the Mograine family. Later on, Tion Fordring used it to avenge his son’s death. Tion Fordring was one of the Knights of the Silver Hand.

Likewise, the Doomhammer, another artifact weapon, was wielded by Thrall. Thrall was the ruler of the Redland and the war chief of the orcish horde.

To acquire these unique weapons, your character must be at least level 100.

The Demon Hunter, on the one hand, will be available once you reach level 70. Only one Demon Hunter can be created per account.

Battle of Azeroth is the 7th expansion pack for WoW. The game is set after the events of Legion.

In essence, this supplement raises the level cap by 10. From 110, the level cap becomes 120. And, it introduces the Zandalar and Kul Tiras continents and 4 allied races for both the Horde and the Alliance.

Hence, there are also new dungeons and raids available for clearing. 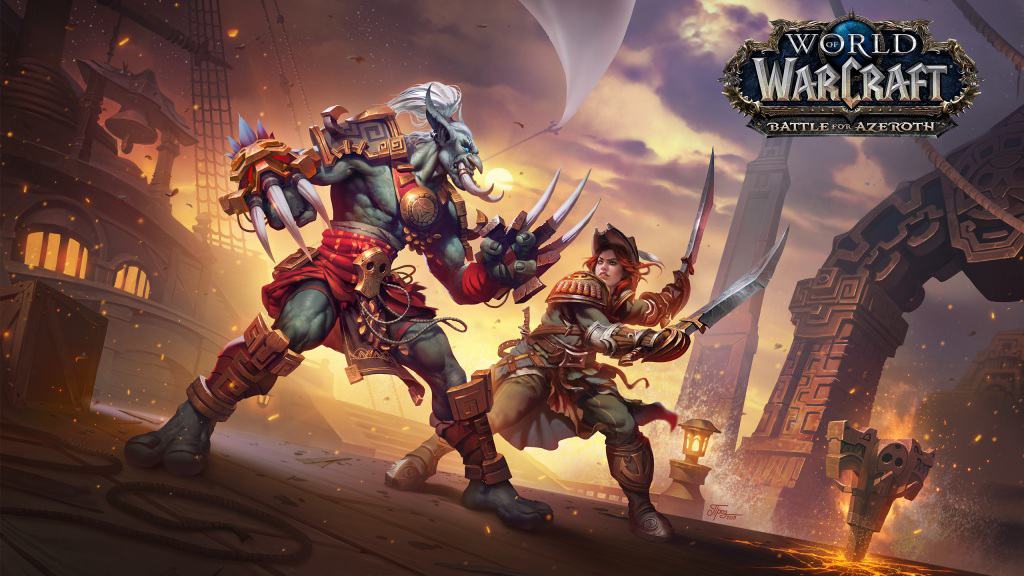 Initially, patch 1.0.1 adds 10 new dungeons. But with each new patch, new content is added to the existing continents.

This expansion also introduces the Warfront game mode. Warfront is available in the Battle of Azeroth patch 1.0.1.

Getting Started with Warfront

Warfronts are wide-ranging battles. Each siege or skirmish is focused around the war between the Horde and the Alliance.

The purpose of every Warfront is to liberate an area from the opposing faction.

How does it work? The members of the opposing group must contribute war resources, gold, and items in order to increase faction power. Once all the requirements have been met, a battle for that area becomes available.

This system is similar to the Mage Towers from Legion. After recognizing the victor, the winning faction takes control of that particular area.

On the other hand, the faction that lost will have to start gathering resources to initiate another attack or warfront.

Here are the key aspects of Warfronts:

WoW is the biggest and the most popular MMORPG today. It has released 7 expansion packs since 2004. Despite the failure of the Warlords of Draenor, Legion revitalized its reputation. Now, the Battle of Azeroth has included brand-new features that are enticing both old and new players to play the game.

12 Home Decor Essentials That You Must Have