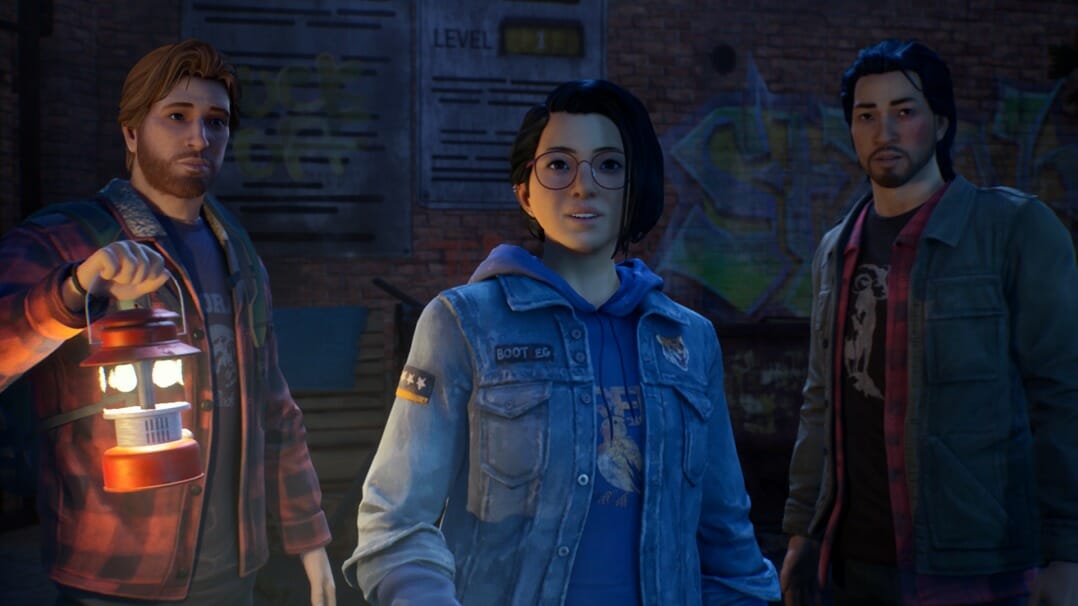 Square Enix Presents has just aired, giving us further insight into their future pipeline of games.

During the event, we witnessed a few unexpected reveals. Plus, further details on a handful of already announced games.

Today, March 18, players were treated to a sneak peek of their upcoming title, Life is Strange: True Colors. While elsewhere, we got given a more in-depth look at their forthcoming action-heavy title Forspoken.

Aside from its future game list, Square Enix also shared plans to commemorate their multi-platform IP's such as Tomb Raider. Lastly, the Hitman and Just Cause franchises wrapped up the mobile spin-off side of things.

So, there's a general synopsis. But now, it’s time to take a deep-dive into the event itself.

Read on for the whole, essential scoop. We’ve got you covered! 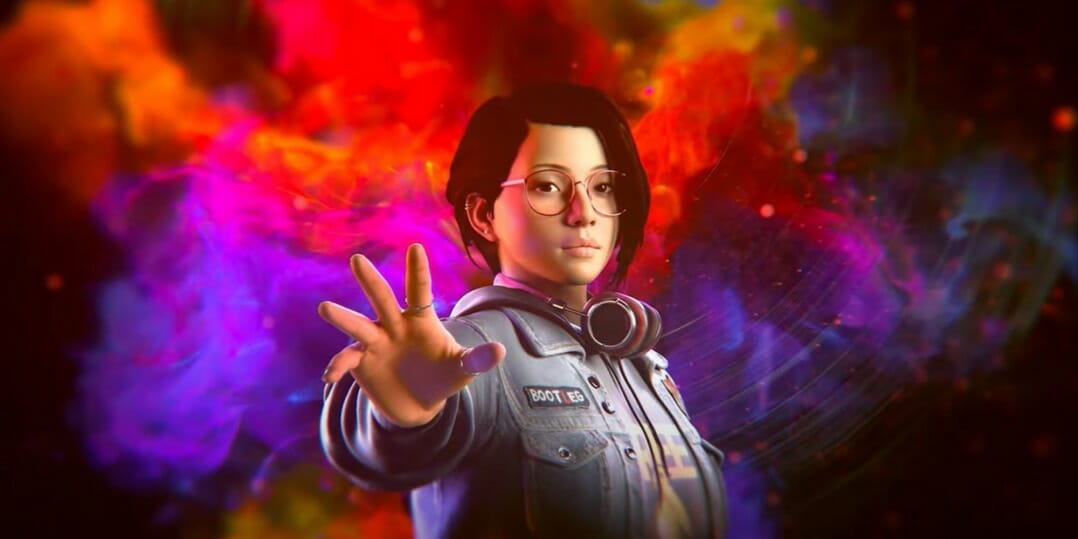 Let's start with Life is Strange: True Colors. Releasing September 10, True Colors is the next instalment in the franchise. Though this time, players will experience the series as a complete bundle. Unlike the previous episodic format, it used to adopt.

Meaning, we can binge-play the hell outta this thing! Expect a character from Before the Storm to play a role in future events, which will allow for further romance options, should you select that route.

Besides the main game, we will also get remastered versions of both Before the Storm and Life is Strange.

So, for fans of Life is Strange, there is a significant stream of upcoming content to sink your teeth into.

I, for one, can't wait to get gaming with these future gems. 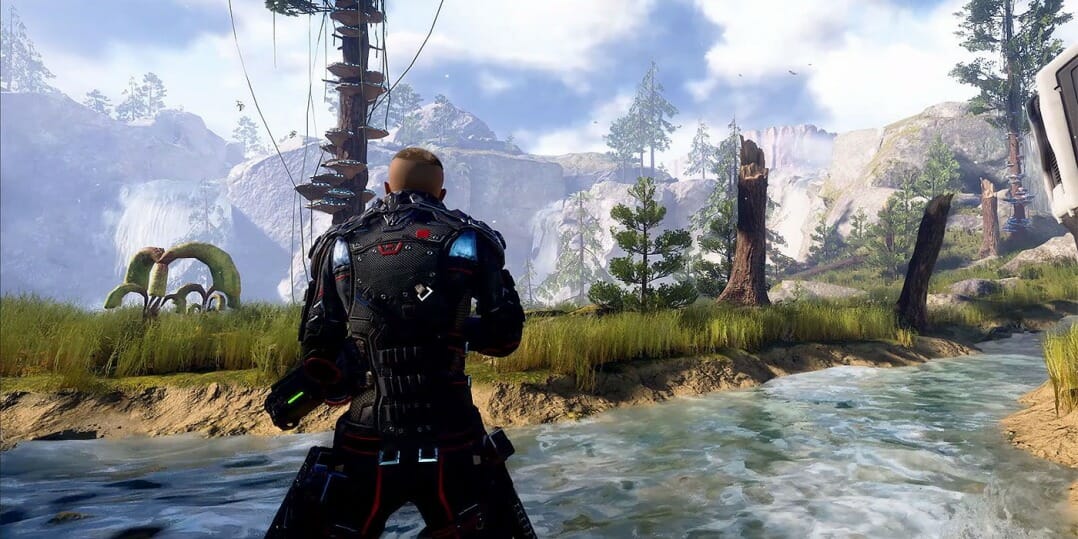 Next up, we have Outriders. Now, it's no secret Square Enix's hotly anticipated looter-shooter has enjoyed some decent press coverage in recent weeks.

So, at some point, it was destined to drop at Square Enix Presents. During the presentation, they served up a more substantial slice of what players can expect come release.

On that note, we got a decent look at the four character classes, along with a more detailed demonstration of what seems like a neatly layered skill tree system with customisable options.

Of course, it is still early days. But on the surface, this one's shaping up with plenty of promise. Whether it can ultimately stand out from an oversaturated genre, only time will foretell.

Whatever the case, I'm definitely down for giving this one a go. 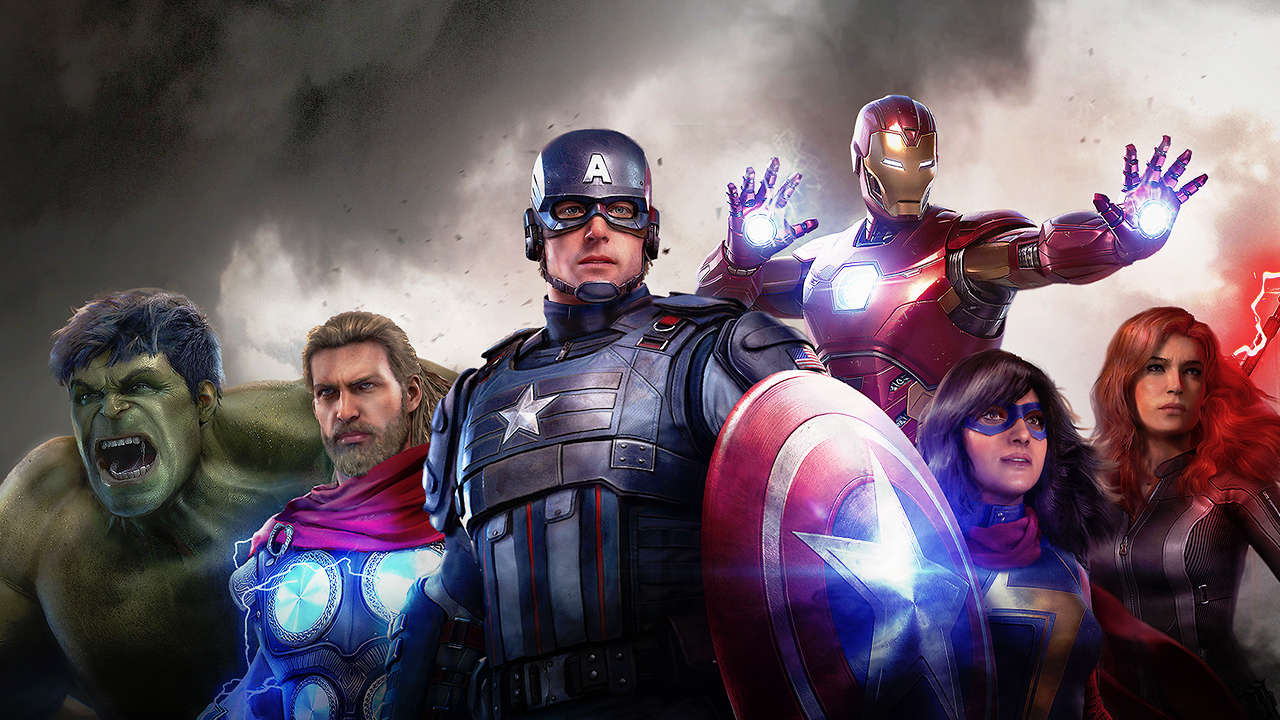 Even so, putting aside my thoughts, Square Enix recently laid down its roadmap for the game. Coming in the not-too-distant future is new story content, the inclusion of a Black Widow event. And lastly, the intention of bringing Black Panther into the picture.

Right now, we don't have an exact date for when the content will drop. But rest assured, we can expect it to grace our eager palms at some point this year.

I recommend checking the trailer out for yourself if you want to see Hawkeye flexing his iconic bow-based brilliance! 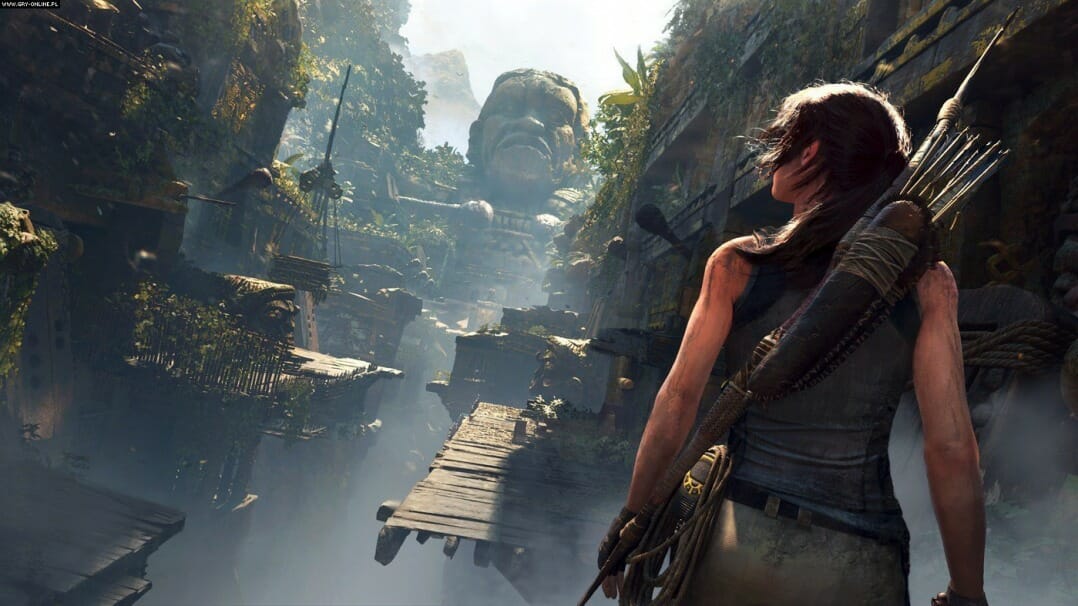 To round-off the 25th anniversary of Tomb Raider, players can now pick up Tomb Raider: Definitive Survivor Trilogy for $20. Be sure to cash in your discount quick, as this is likely a timed price slash.

But best of all, we got to relive some of Lara's most iconic moments. If only for a brief nostalgic moment in time.

We love you, Lara! 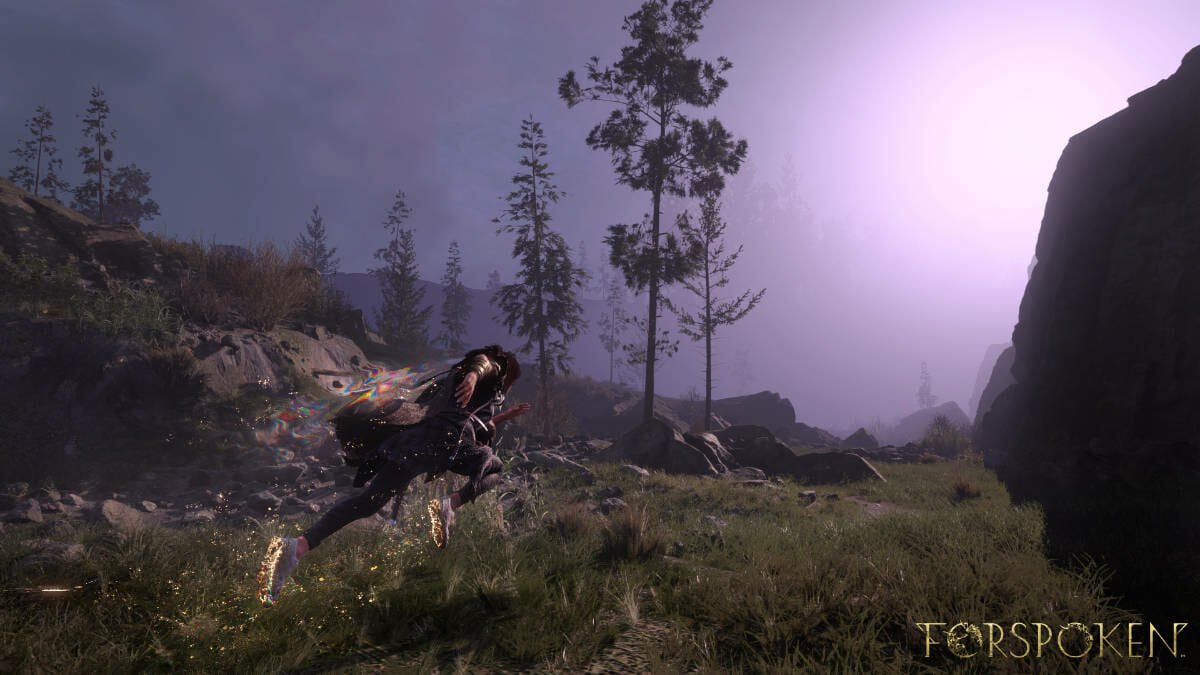 What's that? A new unannounced IP reveal during Square Enix Presents. I hear you speculate. Well, no, not exactly.

In short, this jaw-dropping future title is shaping up superbly. And thanks to some def-defying traversal options, protagonist Frey can explore the enchanting lands with pure abandon.

Slated for a PS5 and PC release sometime in 2022, Luminous Productions has certainly captured our attention with this potential classic in the making.

Of all the upcoming titles coming to PlayStation and PC, this one is perhaps the most exciting.

Soon as any further news surfaces, we'll serve it directly into your line of sight. 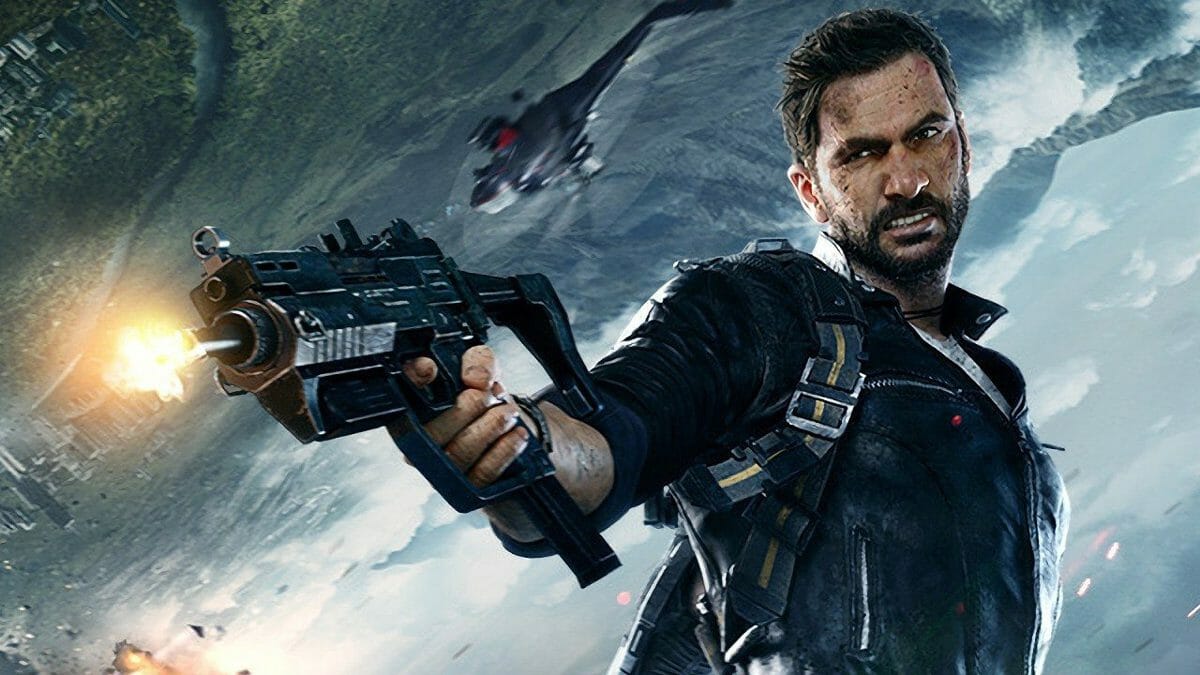 Lastly, we have two mobile games coming to iOS and Android systems. First up is Just Cause Mobile. We've known about this one for a while now, but finally, we got to see some familiar assets from the franchise, along with that iconic zipline, for good measure.

And if that wasn't enough, the high-flying bird Rico Rodriguez himself in all his blazing glory.

What more could you want?

Here's my hot take. Ultimately, I would have loved to have seen more in the way of a new Tomb Raider release. As a significant staple IP for Square Enix down the years, a new instalment offering would get my blood pumping above anything else.

Well, that, and a new Deus Ex, of course. But unfortunately, that bus has seemingly been parked. At least for now. Thankfully, the Deus Ex IP is not dead in the water just yet.

As for Outriders, that's looking like a solid shooter. At the same time, Marvel Avengers 100% needs a content boost in my mind. So that reveal certainly comes as a welcome slice of news.

I think the main takeaway here is Forspoken, which promises to deliver a breath-taking experience on par with anything we've seen up to now. Although perhaps Black Myth: Wukong will have something to say about that.

That concludes today's news story covering Square Enix presents. What did you make of the event? Did it blow you away? Or were you ultimately left harbouring mixed feelings?

As always, be sure to sound-off in the comments down below.

I love to read through all of your suggestions.