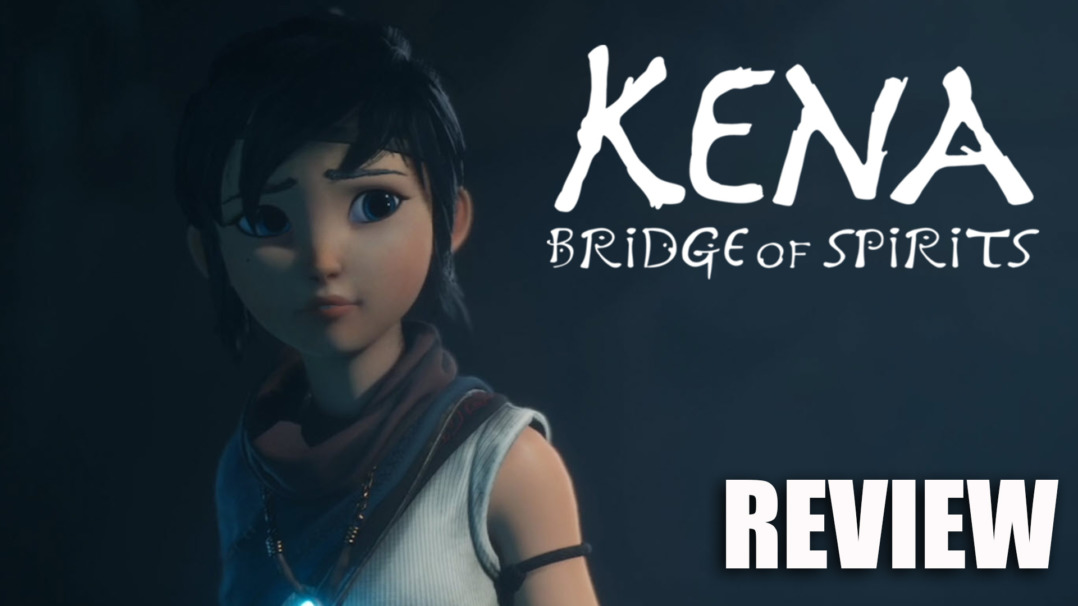 For all of the hype surrounding its appearance during the PS5’s first big showcase, Kena: Bridge of Spirits commits a few severe video game sins. It’s not the kind of statement anyone likes to hear about indie titles, the heroes we look towards when the AAA villains are up to no good.

Despite being heralded as a friendly neighborhood beacon of video game justice, Kena ultimately lets us down.

It’s not a badly executed nor poorly design game, mind. That’s not the source of my disappointment with this title. The gameplay has a clear direction and a cohesive story is told reasonably well. Kena’s world is inviting with a lot of intriguing layers. It’s just a shame that every step of the way, I couldn’t help but feel like it’s all stuff I have seen many times before.

Mimicry, of course, isn’t necessarily a sin in itself. Stealing ideas is an artist’s bread and butter, after all. However, when nothing is done to elevate said ideas, then all that is left is rehashing which doesn’t exactly scream “I’m a quintessential title for the market’s most advanced gaming console.”

What’s worse is that Kena: Bridge of Spirits makes it perfectly clear that it’s there to showcase how pretty it looks, which isn’t a lie. But, as the old gaming adage goes, gameplay is more important than graphics, which is the game’s most fatal sin. 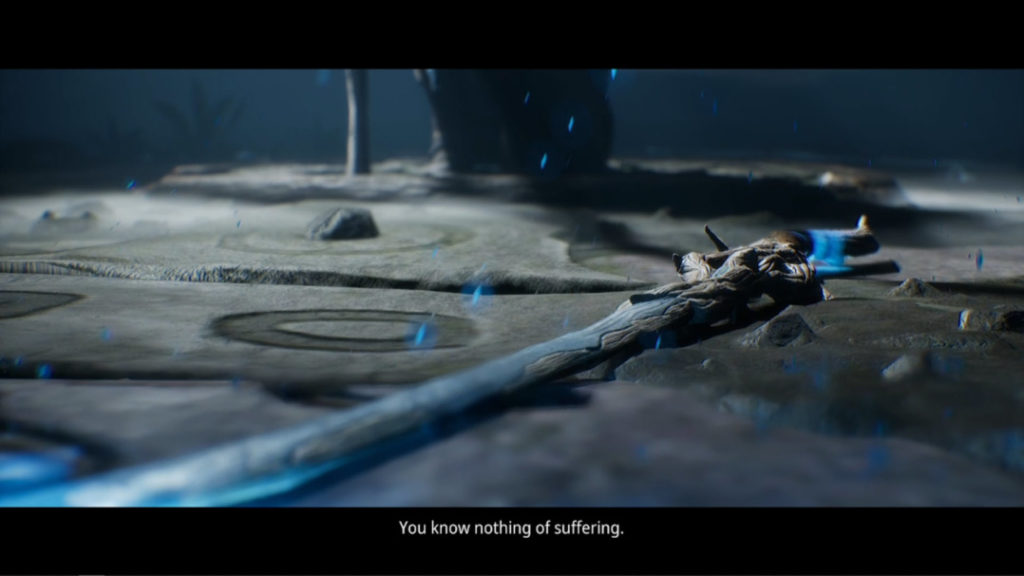 As the titular character, Kena, you’re investigating a village and its surrounding land which has been corrupted by spirits that have been unable to move on after their passing. Along the way, you gather cute little puggy black creatures called Rot.

These little guys serve two purposes, with one being to help you traverse the world by opening up pathways and the other to assist you in combat. The more of the Rot you gather, the more capabilities you can unlock. On the surface, this all sounds pretty cool and deep.

However, the reality is that the Rot essentially act as an extension to Kena and a glorified leveling system. I felt like Kena could have easily had these abilities herself and we could skip some of the tedium of collecting the little creatures.

For instance, you can often task the Rot with picking up pieces of ruins and moving them to another location so you can use them as leverage. If that sounds like Zelda but with little minions doing all the heavy lifting, you wouldn’t be off the mark.

Their combat duties are also nothing groundbreaking either. Early on they can be used to distract enemies for a short period of time while you wail on them. In other words, a glorified stun spell. The key difference the game offers up is that the Rot can’t just help you in battle.

They’re little cuddly creatures that jump into hiding the second danger appears. To get them to fight with you, you’ll need to show your own bravery by striking foes until your Bravery meter is full. Then you can unleash a Rot Action like the aforementioned stun attack. Again, this is a mechanic that is done more effectively in other games. 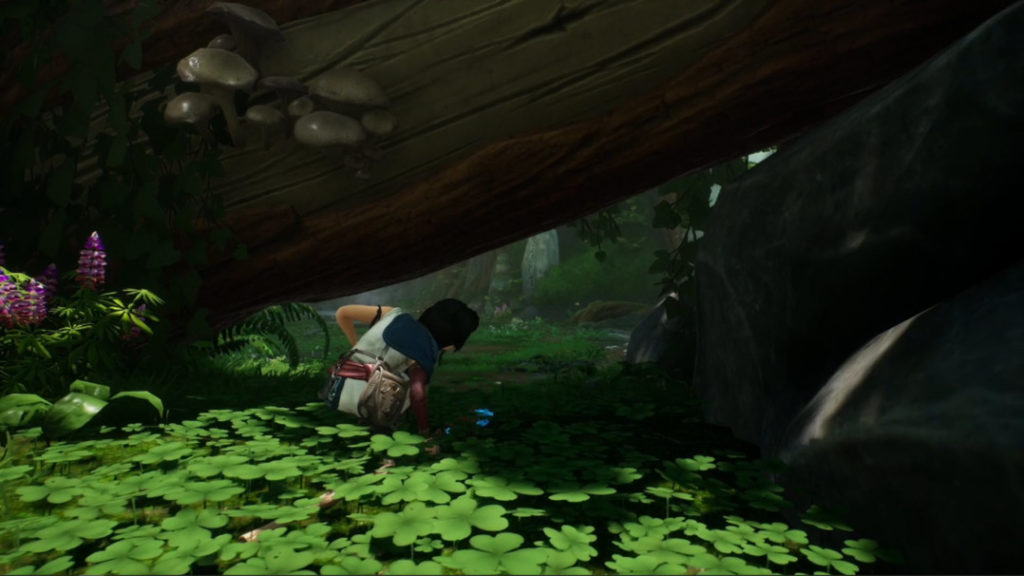 Kena’s combat is also a bit of a mixed bag. You’re equipped with a spirit staff that can be used as a melee and a ranged weapon. For close-quarters fighting, you’ve got a light attack that leads to a short combo and a chargeable strong attack. The latter can be used to break enemy shields and create distance.

For ranged attacks, Kena can use her staff as a spirit bow that can be aimed and charged. It also serves as your primary way of striking foes on their weak points, such as their heads. For defense, Kena can use a dodge roll a la Dark Souls and a spirit shield. Even after completing the game, I’m still unsure if there are any invincible frames during the roll, but I generally found it useful and effective at keeping me alive.

The shield can be used either to reduce damage taken or to parry attacks. To achieve the latter, you need to press the shield button just as hits are about to land. The timing is quite strict and takes a considerable amount of practice to get it down. Mastering it, though, makes a massive difference during the more brutal boss fights.

It’s a simple combat system, albeit highly derivative. What helps make its case are the challenging boss battles. There were instances where I genuinely felt like I needed to “git gud” and learn their patterns while at the same time leveling up my own mastery of Kena’s attacks and movement.

Combat upgrades, unfortunately, are another stone in the game’s proverbial shoe. While Kena’s combat capabilities can be improved, the few talents she can unlock are pretty dull. One of the earliest skills you can get, for instance, is a swiping attack that you can execute while dashing. 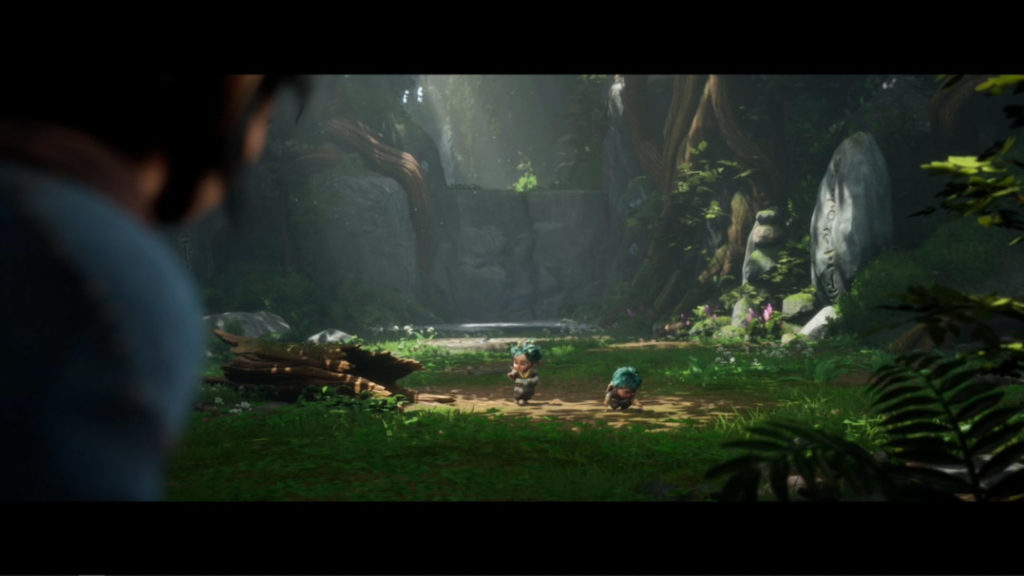 Apart from being a technique that should probably have just been standard, it’s not particularly useful in this game’s context. Enemies don’t just exist in the world while you’re running around exploring, and combat happens in medium-sized arenas, so there’s very little space for dashing around to get a swiping attack in. The rest of the upgrades aren’t that much better, leading me to question why there even is an upgrade system in this game.

One could argue that Kena: Bridge of Spirits doesn’t center itself on its combat, which would be fair if the rest of the gameplay elements had something more exciting. The puzzles in the game aren’t particularly cerebral as they plainly fall into the category of moving objects around and using your spirit shield’s shockwave to resonate energy that’ll open up doors and pathways.

Completing these tasks never proves challenging, which is arguably a good thing as not many people enjoy being stuck figuring out puzzles. But it does beg the question of where Kena’s selling point lies.

Where gameplay falls short, it’s up to the story to pick up some of the slack. Sadly, Kena doesn’t do much to tighten things up here either. My main gripe is that I don’t feel there is a thematically solid story here. As spirit guide Kena, your task is to find the Mountain Shrine. 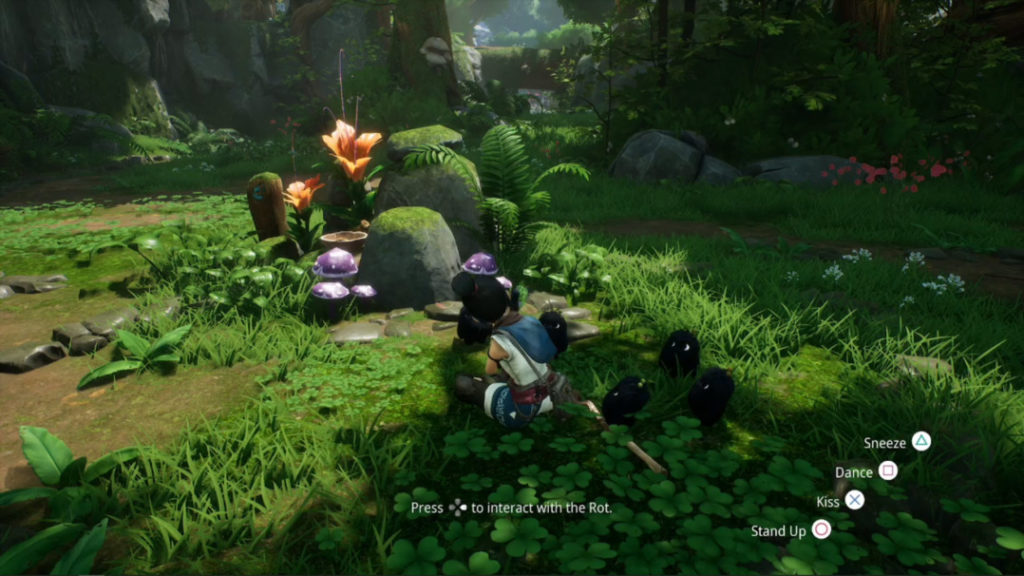 Along the way, you encounter a village that’s plagued by spirits that have unfinished business for one reason or another. This reluctance to move towards the light turns them into spiteful monsters that corrupt the land. Kena’s job is to help such spirits find their true path. The problem here is that all of these elements are just part of the game’s world-building.

Our fearless protagonist’s motivations don’t appear until quite late in the game, which means we don’t have a clear objective for helping her through her trials and tribulations.

This lack of a hero’s journey leads to some overshadowing by other characters with better fleshed-out stories. I found the tale of Taro and his two siblings to be an intriguing narrative that kept me hooked right until the end.

I could barely say the same, though, for some of the other stories, as there’s nothing new or profound that happens beyond that point. It’s a shame when you consider that the world of Kena: Bridge of Spirits is an intriguing, mystical world.

The primary element we’re treated to is, naturally, the existence of spirits that lose their way and guides that help them find it. It’s a fitting metaphor for our lives as living beings that effectively relates Kena’s world to ours.

Even though the concept isn’t anything new in the world of game stories (which has been the theme of our exploration of this title), Kena manages to execute it in a spiritual and heartfelt way. There’s an incredible sense of relief and tranquility when you manage to purge the land after overcoming a challenging battle, lending more credence to the spirit guiding theme of the game. 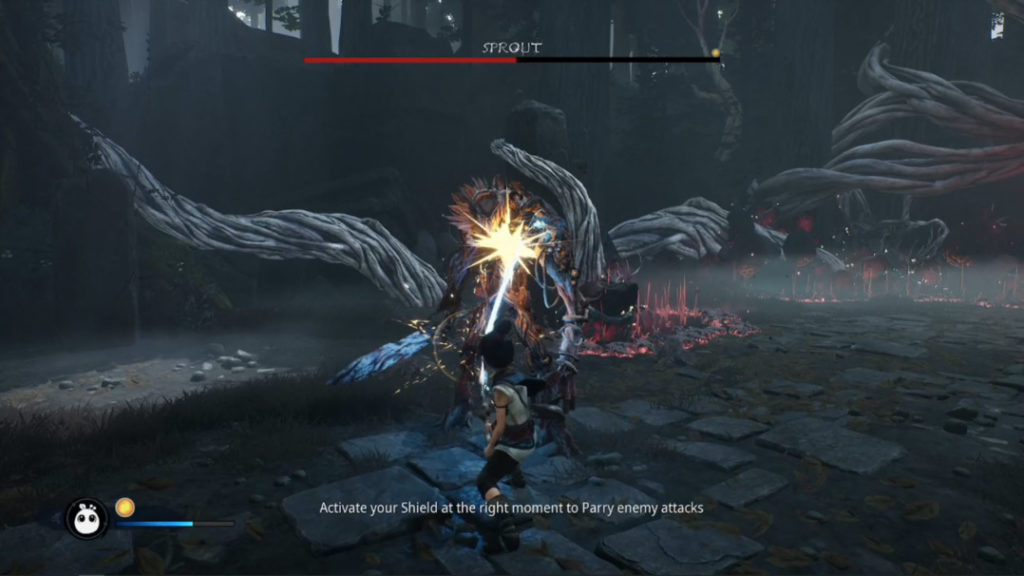 But don’t let this lead you to believe that Kena: Bridge of Spirits is a game intended for children. It’s easy to get this sense when you couple in the fact that the game’s visuals look like they’re inspired by Pixar movies. Kena’s world and story have many adult themes layered into them, complexities of life and death that won’t actually resonate with a younger audience.

At the same time, there’s no grueling violence or overtly strong language used here, which strikes an odd balance between grown-up solemnity and childlike playfulness.

So, Kena: Bridge of Spirits isn’t a powerhouse of gameplay nor a bastion of powerful storytelling, leaving us with one core strength: its visuals. The game is absolutely breathtaking from start to finish.

I mentioned already that the visual direction is reminiscent of Pixar’s signature style, and I stand by this comparison. However, the designs merely feel inspired by the famous CGI filmmaker’s art style as there’s enough here to classify Kena’s art as original.

Yes, the game’s characters, especially the Rot, all have that cute outlook that we associate with Pixar movies. At the same time, shapes and accents that form them all look as though they’ve been painted with an entirely different brush. You see it in Kena’s facial expressions, the Rot’s subtle mannerisms, and the overarching digital landscaping of the game’s world. 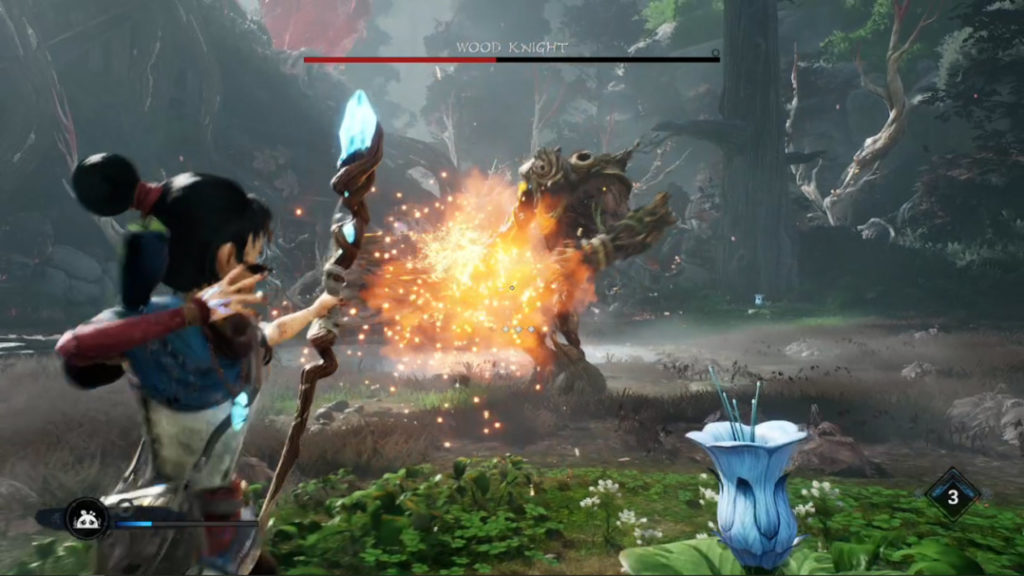 It’s a game that has been meticulously built to look stunning every step of the way. And this is what makes my essential criticism so painful. While the act of crafting such a vibrant and gorgeous game is no easy feat, it’s the easy way of attempting to put together a video game.

The luster of graphics fades while the exhilaration and excitement of good gameplay echo throughout the experience. It was hard not to harken back to the moment Obi-Wan looked down at a nearly defeated Anakin with disappointment and exacerbation. In the same way, I too had to look at Kena: Bridge of Spirits similarly and say, “you were the chosen one.”

It didn’t help that the game seemed to buckle during cutscenes, with noticeable framerate dips occurring. There’s a likelihood that this frame dip was meant to provide a cinematic feel, but I found it quite jarring.

It’s never fun when I have to critique an indie darling in this manner. A lot of work has clearly been put into crafting Kena: Bridge of Spirits. I need to once more stress that this isn’t a bad game in the strictest sense of the word. At face value, it’s okay, but that in itself feels like a strong criticism, and that’s the point. 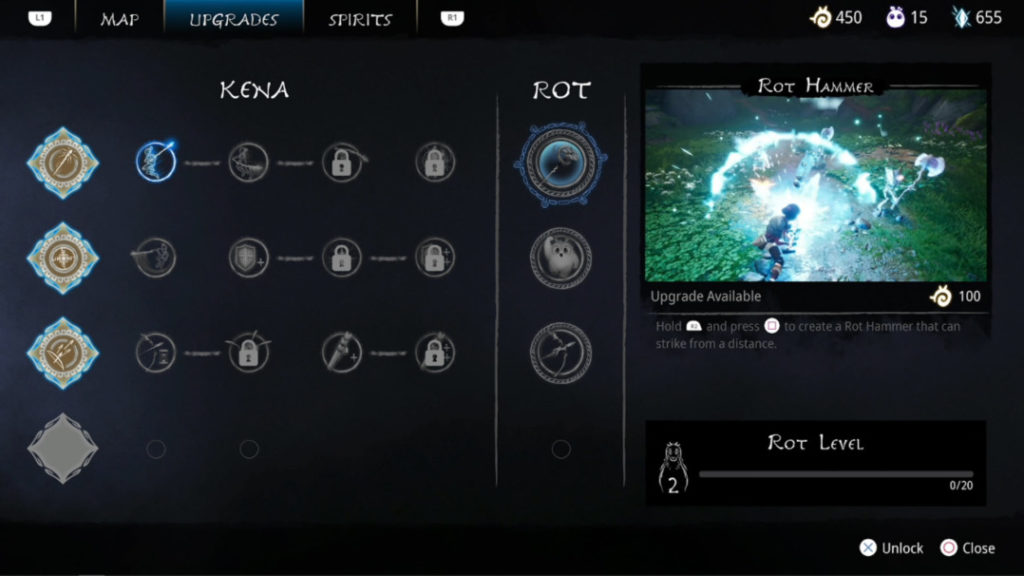 Kena was a showcase title for the PS5 and, more importantly, a sign of indie devs reaching new heights. Its visuals lay testament to the latter but that’s not enough when the rest of the gameplay feels completely uninspired and flat. When your protagonist also fails to draw the player in to explore the world with them, there’s clearly also something wrong with the game’s writing.

These are issues that no amount of shiny, colorful paint can overcome. It’s not a bargain-bin sort of title, for sure. But it’s not a landmark game that takes the indie space to greater heights, either. 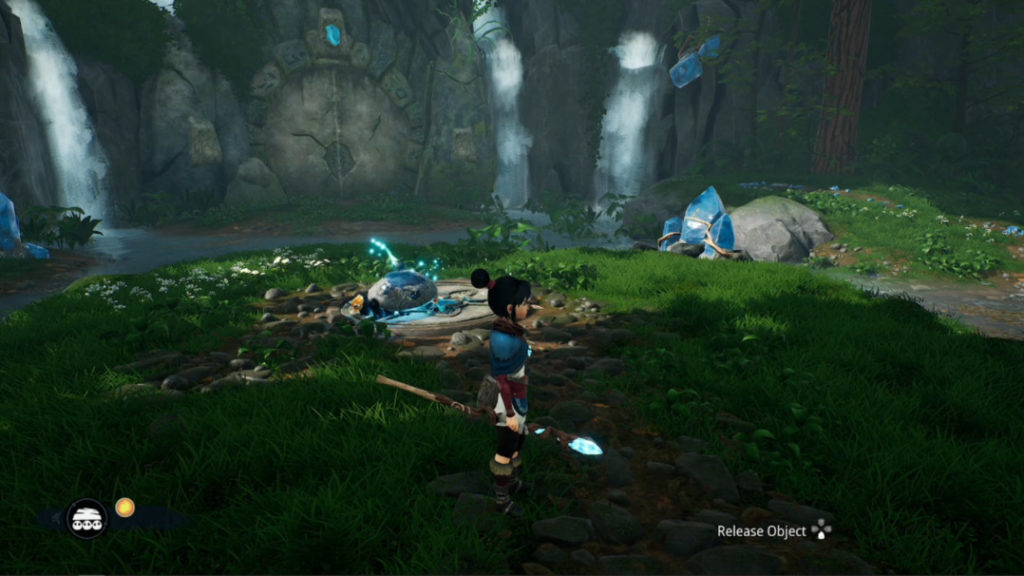