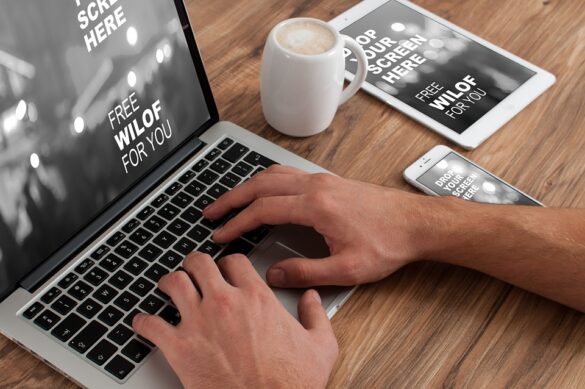 There’s so much you can do on a dual-display setup.

This article has your back if you’re a Mac or Windows user and want to use your iPad as a second monitor.

Continue reading as I discuss how to use an iPad as a second screen with Mac and Windows PC using the top 4 applications – Sidecar, Splashtop Wired XDisplay, Spacedesk, and Duet Display.

How To Use iPad As Second Screen For Mac Using Sidecar

For macOS Catalina (or later OS) users, what’s a better way to use an iPad as a second screen than Sidecar?

But before we hop into the steps, let’s understand the prerequisites for using Sidecar.

Sidecar works with only the following Macs and iPads running the latest iOS.

Note: If you still haven’t, ensure to upgrade your Mac and iPad to their latest version, i.e., Catalina and 13.1, respectively. 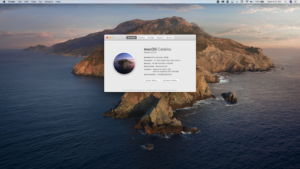 Some other requirements to use Sidecar include the following:

Also, your Mac must not be sharing its internet connection, and your iPad its cellular connection.

Related: Is 64GB Enough For an iPad? – Check The Facts

Follow these steps to mirror your Mac display to the iPad: 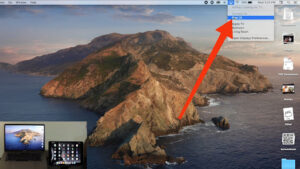 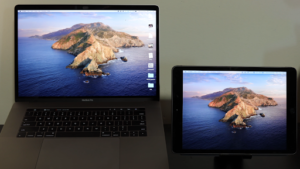 Tip: To move a particular window from Mac to the iPad, click on the green “Full-Screen” button in the upper-left corner of your Mac, and select the “Move to iPad” option from the list. 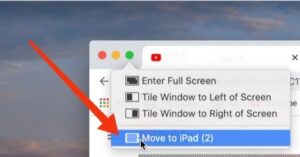 Related: eBook Reader for iPad – Which One Is The Best?

If you’re a Windows user, you must wonder how to use an iPad as a second screen without Sidecar.

So, Splashtop Wired XDisplay and Spacedesk is your answer. While the former lets you use an iPad as a second monitor with cable, mirror your Windows PC on the iPad wirelessly via the latter.

Follow the following steps to use each of these:

Splashtop Wired XDisplay uses two components – a desktop agent that runs in the background on your Windows PC and an app for iPad or Android. While the app is free for iPad users, Android ones would be charged around $7 for the same.

Note: You can also use Splashtop’s free trial version for Android. The catch here is it only works for 10 minutes at a time.

To use your iPad as a second monitor with Windows 10 & 11 using Splashtop, follow these steps. 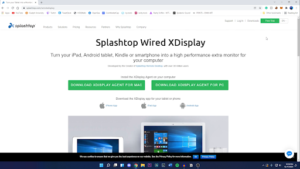 Make sure you’ve installed Splashtop Wired XDisplay for PC and iPad. Also, you should download iTunes for Windows to avoid any connectivity issues. 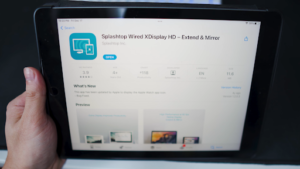 Open the above-installed apps on the PC and iPad. You’ll find a “Connect to your computer” message on the iPad. To establish the connection, connect both devices using a lightning-fast USB cable. 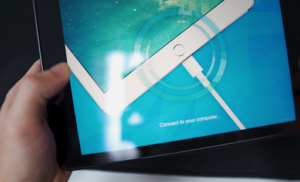 Tip: If you find the “Unable to connect” error message on the Splashtop desktop app, launch the iTunes app and keep it running in the background.

The “Connect to your computer” message will reappear on your iPad. Connect again.

Once connected, a pop-up window will appear on the iPad stating, “Trust This Computer.” Select “Trust,” and hopefully, you’ll see your Windows PC’s screen on the iPad. If not, remove the USB cable and reconnect it. 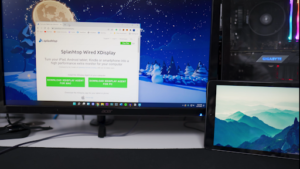 Related: How to Mirror a Phone to TV Without WIFI? A Step-by-Step Illustrated Guide 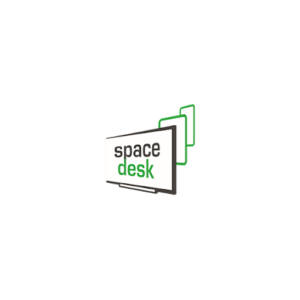 If you don’t want to use a cable to connect your iPad to the PC, do it wirelessly with Spacedesk.

The main benefit of using Spacedesk is that it supports a multi-screen setup. Thus, you can connect multiple devices to your PC simultaneously.

Follow these steps to learn to use Spacedesk to turn an iPad into a second screen.

Go to the official download page of Spacedesk. Download the appropriate software based on your Windows version – 8.1, 10, and 11. Install the app on your iPad as well. 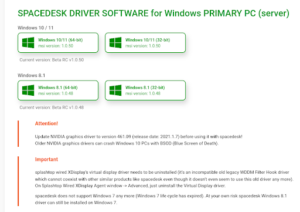 Once the file is downloaded, tap on it to install it. Follow the on-screen instructions to finish the setup.

Make sure to connect your iPad and PC to the same Wi-Fi network. High-speed Wi-Fi is recommended for a faster and smoother connection.

First, open the app on your PC. The “Spacedesk Driver Console” window will open. On the right side, toggle “ON” the Spacedesk Status for visibility to the iPad. 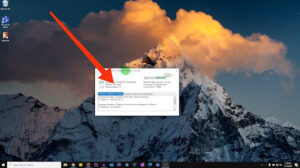 On your iPad, open the app. A pop-up will appear stating, “Spacedesk would like to find and connect to devices on your local network.” Tap “OK” to confirm. 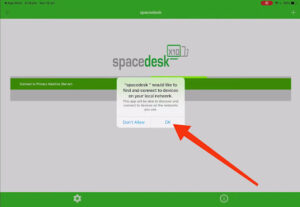 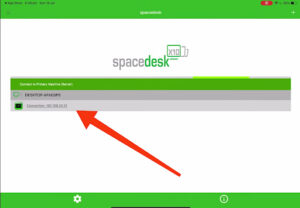 Once you tap “OK” on the pop-up, your PC’s name will appear on the iPad. Select it to complete the iPad-PC setup.

Related: How to Connect a Phone to a TV Wirelessly – A Step-By-Step Illustrated Guide

While Splashtop and Spacedesk may not be as smooth as you would want them to be, Duet Display is a better swap, only if you can afford its $10 iOS & Android app. Its desktop agent is free!

Note: Duet Display connects to your computer via USB.

After using Duet Display for some time now, I recommend subscribing to its in-app “Duet Air” subscription at just $20 a year. It adds a remote desktop, wireless connectivity, and improved graphics. If you want drawing features, add its “Duet Pro” subscription for $30 a year.

Using Duet Display is also very straightforward. Follow these steps to get started. 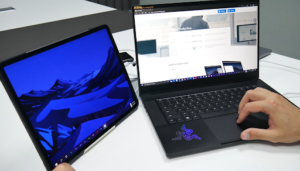 Your iPad would straightaway connect to your PC. Cheers!

Note: Watch this tutorial for any help.

How To Use An iPad As A Second Screen FAQs

Ans: Yes, you can use an iPad as a second Windows monitor using third-party apps like Splashtop, Spacedesk, and Duet Display.

Ans: You can use your iPad as a second screen using Sidecar on macOS Catalina, Splashtop Wired XDisplay (with USB,) Duet Display, and Spacedesk (over Wi-Fi).

Ans: Yes, you can use your iPad as a second screen for free using the above-discussed third-party applications.

Here you go. That’s everything you should know about how to use an iPad as a second screen. If you need more screen real estate while using your Mac, mirroring it on your iPad is the best option.

If your iPad fulfills the mentioned criteria for Sidecar for macOS compatibility, you need not look further. However, if not, you would need other third-party applications. I’ve been using Splashtop Wired XDisplay for some time and highly recommend it.

Besides, Spacedesk is another go-to option for wireless connections since Splashtop connects via USB.

So, which option would you use? Drop it in the comments below.

How to Clean Window AC Unit Without Removing It