FIFA 21: Tips and Tricks to Win Every Game 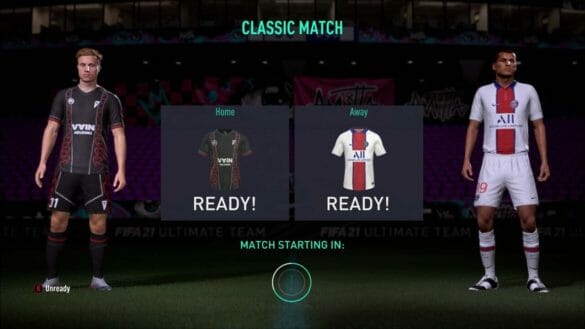 After many hours of gameplay, we advise you to perform these little-used techniques and tactical tips to emerge victorious in every match.

FIFA 21: 5 tricks and tips to win every game

There is no universal truth to always win, but there are certain tricks and tips for FIFA 21 that can be used to make winning easier.

Maybe you already know them. Or not. But, below, we offer you a series of resources that will help you to achieve the precious goal of winning every time in FIFA 21.

The commands below follow the classic button layout. If you are one of those who switch to the alternative configuration, change square and X for Circle and B, respectively. The key pass is not the low pass

FIFA 21 has included new types of passes that can make it easier for you to score great goals. Pressing twice the pass button, or deep pass, the ball will not go low on the grass, but it will go slightly elevated; bouncing on the grass.

It can be used to hit a good volley that leaves the opposing goalkeeper looking like a statue.

The 'other' change of play and through ball

Short passes are often abused with the aim of opening up defenses and sometimes a change of direction can be more effective. In FIFA 21 a new passing method has been added, with which you can change the location of the leather quickly.

Pressing R1 + Square / RB + X, a quick change of direction will be made, with which the ball can reach an unmarked player and take advantage of the speed to unravel the opposing defense.

In this new edition, it is also possible to make high deep passes with this methodology, so that the ball goes more direct. This is done using L1+R1+Triangle / LB+RB+Y. The dribble that breaks waists

Mastering dribbling is a necessary asset to master FIFA 21, especially at the most competitive levels. It is enough to watch games of professional players to see how the use of filigree dribbling is decisive to break structured and well-planted defenses.

There are several techniques to learn in the game. One of the most effective is the 'pisadita'. By pressing R1/RB and the directional joystick to one side, we can move the ball slightly to one side to evade the backline.

It is also a good resource when we stand one on one in front of the goalkeeper. It is one of the simplest and most efficient dribbles in the game.

There are many dribbles that can be used to make defenders go to the bench for a new waist.

You can consult the list of juggling within the game and train them, but we recommend several that are great; as the elastic, which is performed by moving the right joystick from one side to another with some speed or the roulette turn, which is executed by moving the right analog stick in the direction you are running towards before moving it towards the direction in which you want your player to go out. Not forgetting the classic feint of shooting, as useful as it is effective. The defensive key: do not open holes in your defensive line.

The eagerness to steal the ball from the opposing team to go on the counterattack can play bad tricks in FIFA 21. It is very important to know how to maintain the defensive position with L2/LT, so that the players stay alert and can intercept the pass. In this way, the opposing team is made to hesitate and gaps are not opened that can be deadly.

In defense or in pressing situations you can also execute a two-on-one using R1/RB. But you have to be very careful when doing so, because if the opponent manages to get free, you will leave a lot of space. Tactics are the key

Each player has his own style, and has his own strengths. Not only the players themselves, but also you when it comes to playing.

You may be good at dribbling or you may prefer to dribble down the flanks and put in good crosses. You have to combine both aspects and establish tactics that help you create dream plays to win every game.

If, for example, you think that you don't have too much quality to come out with the ball, it's not a good idea to try to populate the zone with attacking midfielders. It is something that is acquired with practice and hours of play; learning from mistakes.

FIFA 21 is all about patience and, with each game, we will know what to do and what not to do. It is, without a doubt, the biggest secret of the game.

All the New Features of FIFA 21

Find Out How To Get Free Skins On Fortnite Without Cheating