Celestial Dew Elden Ring – How to Find it, Buy it, Use it 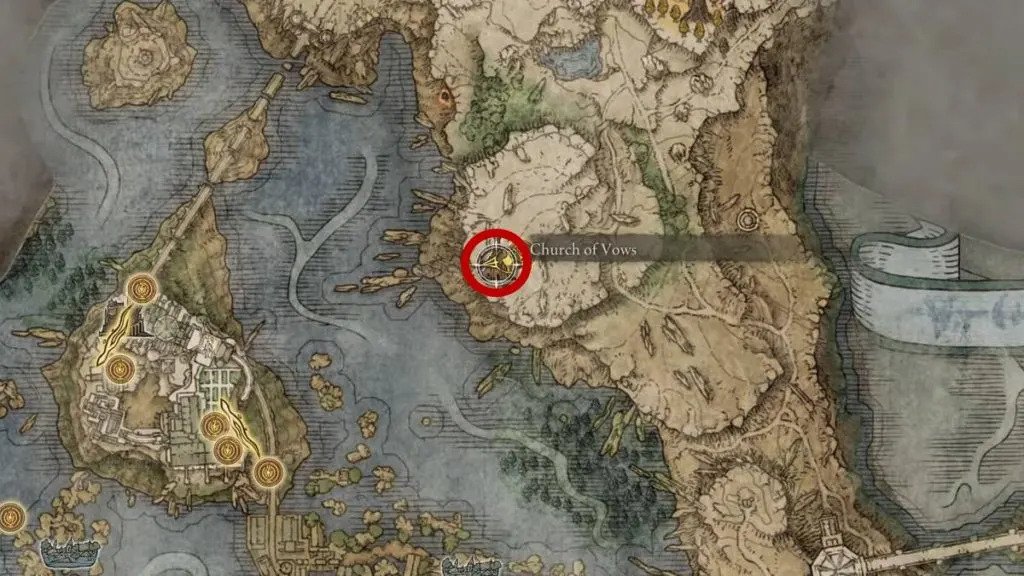 While crisscrossing the chaotic Lands Between, in your playthrough of Elden Ring, you may have encountered a situation where a once-friendly NPC is no longer on friendly terms with you, causing you to miss out on their questline. This may have been caused by various factors, some of which may not actually be your fault.

An NPC may inadvertently get caught in the crossfire of a boss fight between you and the many very dangerous mini-bosses in the world. You could also ‘mistakenly’ slash an NPC 50 times with your Uchigatana to see how long it takes to make him or her ‘aggro’. We’ve all been there.

But did you know there is a key item in Elden Ring that you could use to reconcile with these NPCs and, thus, revive their questline? It can even revive certain NPCs who die in the middle of your questline with them. No, this is not achieved through incantation or Carian sorcery but through a simple consumable item known as the Celestial Dew.

So if you are one of the many players who has fallen out on good terms with an important NPC then fret not foul because today we are going to be discussing what the Celestial Dew is, what it does, and the easiest way to find and use it during your gameplay.

Related: What Does Dexterity do in Elden Ring? A Detailed Guide

What is Celestial Dew, and what does it do?

The Celestial Dew is a consumable item found in the Elden Ring world that can be used at the Church of Vows to revive friendly NPCs or absolve you of your transgressions against certain NPCs to restore their questline.

In the game, the item description states that it’s a  hidden Tear found in the Eternal City. Also known as a Night Tear, it allows one to carry out an Absolution at the Church of Vows, reversing all antagonization.

That’s a fancy way of saying it’s an item used to undo friendly NPC aggro and repair ruined questlines. An example of the Celestial Dew is with Boc, the seamster. If you are familiar with Boc’s tragic quest, you will know that he will request a larval tear from you at a certain point in your relationship with him, which he intends to use to be reborn as a human.

However, if you give him the larval tear, you will find him later at Raya Lucaria, unresponsive and dead a little while after that. Many players may not realize this, but Boc can still be revived using the Celestial Dew at the Church of Vows.

How to Use Celestial Dew

Though a consumable item, the Celestial dew cannot be used by equipping it or simply selecting it in the inventory. If it were that simple, it wouldn’t be a Fromsoftware game, would it? To use the Celestial Dew. Players will first have to go to the Church of Vows, located on the east side of a large swampy area in the Liurnia of the Lakes region.

One way to get there is by heading west from the East Tableland site of grace and riding uphill until you reach a graveyard area and the front of the church.

Another route you could also take is by warping to the location through a portal at Raya Lucaria Academy. You can access this portal from the site of grace at the Debate parlor. Once there, head outside to the courtyard and keep right until you find a long row of stairs.

Hop onto the stairs and avoid the giant steel ball until you arrive at a building at the top. Enter the lobby of that building and then veer right. You will find a portal that will take you directly to the Church of Vows. Remember to watch out for Moongrum, and Carian Knight, also at that location.

He can be a handful but luring him outside to be squished by the giant metal ball makes for a satisfying, if not hilarious, kill.

Once at the church of Vow, you will find a giant turtle called Miriel, Pastor of Vows, who will explain that using the Celestial Dew at a nearby Basin at the church would absolve you of some sins regarding other characters.

The turtle also sells nifty magic spells like Magic Glintblade, Carian Greatsword, etc.  Afterward, interact with the statue in the large basin at the church of vows to use the celestial dew.

Related: How Elden Ring Differs from Soulsborne Titles | Everything You Need to Know Before Launch

How to get Celestial Dew in Elden Ring:

The celestial dew is a rare item in the Lands Between, and because the game bombards you with all sorts of items during your playthrough, it could be easy to miss. Be that as it may, about 10 Celestial Dews are scattered across the Elden Ring world map; most of them can be found in underground regions like Ainsel River or Nokron Eternal City.

Players can acquire the celestial dew by looting it from corpses or buying it from specific merchants found in the world. With that said, here are some sure-fire locations where you can get your hands on a couple of Celestial Dews

on the other side of the teleporting south gate in Raya Lucaria, you can loot the celestial dew from a dead body lying next to the gate. Be careful, though, as the body is guarded by a nasty Bloodhound Knight just waiting for the perfect opportunity to pounce.

You can pick up another celestial dew from a corpse hanging from a ledge overlooking the mausoleum at Uhi palace Ruins in Ainsel River. This is one of the many Celestial dew locations in the underground regions of the Lands Between.

Still in the Ainsel River region, you can purchase a celestial dew from a hermit merchant who can be found in a building guarded by a malformed star. The merchant will sell the Celestial dew to you for 7,500 runes.

Another Celestial Dew can be found around the Mimic tear boss fight area at Nokron Eternal City. You can reach it by leaping down to the lower ruins after riding across the bridge east of Hallowhorn Ground fire pillar.

This area contains not one but two Celestial Dews. The first one is at the top of a ledge behind a building that you reach by jumping down from the Ancestral Woods.

The second one can be found on a dead body lying on the ground by the path leading to the mausoleum where the Fingerslayer Blade is located.

Like at the Night’s Sacred Ground, two more Celestial Dews can be found in this area.  The first is on a dead body next to the closed door northwest of the Nokstella, Eternal City site of Grace. The second one is on a corpse in a gazebo in the same area. Just watch out for the electric Silver Tears. Their zap can really pack a punch.

You can buy a Celestial Dew from an NPC in Caria Manor known as Pidia for 5000 runes. To reach him, drop down to the Caria manor tower from the three sisters’ area.

The final Celestial Dew can be found in Leyndell on a corpse next to a ladder in the upper section of the Erdtree sanctuary, located to the east of the Erdtree Sanctuary, sight of grace.

PS5 Controller Blinking Blue – What Does It Mean?

Propane vs Gas Generator: Which is Right For You?