Age of Empires IV: What We Know so Far

Age of Empires II is a well-known and well-loved title among both casual and hardcore gamers. It’s no wonder then that the clamor for the fourth main installment to the cult classic series hasn’t died down.

Developed by Ensemble Studios and published by Xbox Game Studios, the Age of Empires games reigned supreme from the mid-90s to 2000s amidst a flood of competition in the real-time strategy (RTS) game genre.

The last installment in the series, Age of Empires III, came out over a decade ago in 2005, with various spin-offs and remasters filling the void over the years. The fourteen-year gap has been much noted by fans and used as proof that it’s time for the new game to be released.

Fortunately, the existing franchise’s expansive, replayable, and historically fascinating strategy gameplay and interface has proved to be its biggest strength, with many gamers revisiting the old games, remastered or not, every now and then.

Sustained by seven titles and three spin-offs since 1997, the gaming world has been dying to see what Age of Empires IV brings to the table. Unfortunately, there’s been little news and reports of development since it was first announced in 2017.

Let’s assemble what little we know. What can we expect and how different will it be from the previous installments? And let’s try to find an answer to the biggest question on everyone’s lips – when will the game be out?

2020 or Beyond: The Ever-Elusive Date Of Release

It’s been driving everyone crazy how Microsoft has said nothing about a date of release or a launch window since the initial announcement at Gamescom in August 2017.

They’ve only said the game will be released on the Windows 10 platform, but not much else has been said about when it’ll come out. All we have is speculation.

The 2017 trailer featured breathtaking concept art backed by a grand orchestral score and epic narration by Charles Dance, but no gameplay whatsoever. This means the game might have been almost a year into development at the time.

With large-scale RTS games taking up to five years to make, Age of Empires IV might finish and be ready for consumption around 2020 or 2021. But that’s just the most popular estimation based on what we know about game development cycles.

Microsoft Reveal To Come Out This Year

E3 revealed through a trailer last June that the Age of Empires II: Definitive Edition would be coming out this year. Although this is good news for fans, bad news comes with it — Age of Empires IV has yet to take the spotlight.

With Age of Empires III’s definitive edition sure to be an upcoming project as well, there’s no knowing how high the fourth main game is on the priority list, especially with Microsoft being so tight-lipped about it.

The disappointment isn’t unfounded. After all, what’s a remaster compared to a proper sequel (that’s been announced almost two years ago!)?

Not to worry, though. The creative director of the Age of Empires series, Adam Isgreen, has said that there will finally be a proper revealof the fourth game this year, either at Gamescom in July or XO in November.

Much of the fanbase and gaming world have speculated that the reveal will most likely be at Gamescom, since the event is more PC-centered than XO.

Why AOE4 Was Noticeably Absent From E3

Given that the Age of Empires II: Definitive Edition was the focus at this year’s E3 last June, fans have been wondering why the fourth installment wasn’t at least mentioned explicitly by Microsoft.

The noticeable and disappointing absence was a major letdown for those who believed rumors and supposed insider leakssuggesting that Microsoft would have a whole segment for Age of Empires IV at the event.

Microsoft’s EVP for gaming, Phil Spencer, explains the no-show. He reveals in an interview with PC Gamerthat he likes having a few games tucked away to build excitement over the year all the way up to next year’s E3.

He also said that Relic Entertainment, the studio currently responsible for Age of Empires IV, has been making good progress and showing impressive work so far. 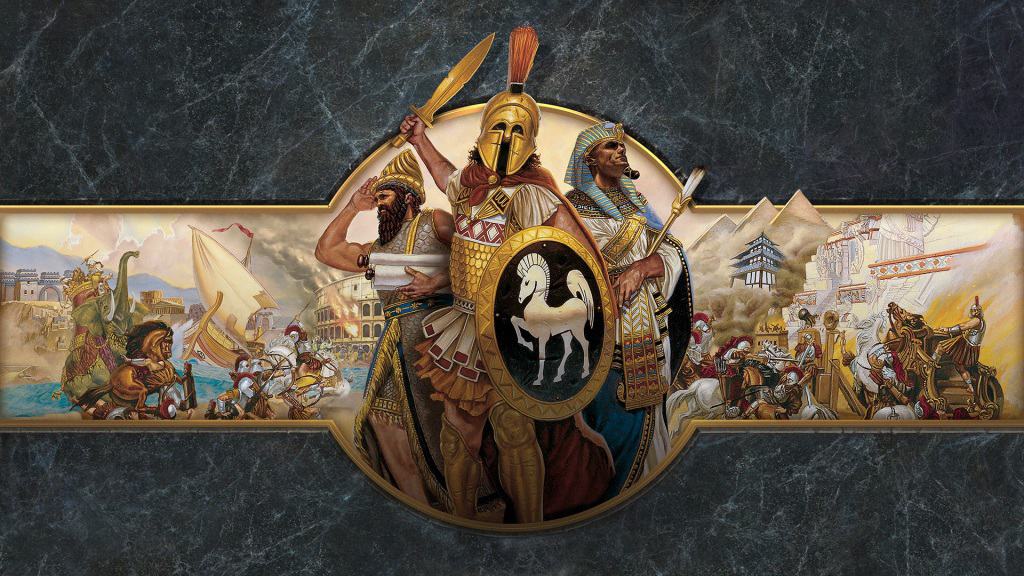 Despite the statement being overall vague and probably a PR move to throw impatient fans a bone, it’s still a relief to hear that Relic is taking the well-loved Age of Empires series very seriously.

Apparently, a lot of effort has gone into ensuring the new game meets expectations, based on fans’ comments and feedback on the definitive editions of Age of Empires I and II.

Spencer, like Isgreen, has promised more news later this year.

Fans Left To Speculate On The Story

Ever since the 2017 trailer arrived, filled with beautiful, animated concept art, fans have clutched onto what little they have to work with, and have since been guessing.

Going by the various armies and major conflicts featured in the announcement trailer, Age of Empires IV might not be about a single historical period. From ancient Roman legions to Native American warriors to British soldiers to Japanese samurai, the images show us many familiar imperial forces.

However, this could just be a throwback to the wide array of settings provided in the previous games. Still, evolution or movement across ages and empires could be a possibility.

Or a step towards the modern age?

Another popular theory is that Age of Empires IV will move forward in time and will be set in the Industrial Revolution or the World Wars. The trailer doesn’t just take us through random periods, but does so in the order by which the Age of Empires series did.

It starts with the ancient battles from the first game, to the Romans from the Rise of Rome expansion, through the Middle Ages in AOE2, and finally to the colonial period. What we’ll see in Age of Empires IV might be what comes after that succession in time.

Creative director Adam Isgreen has even said that some of the installments, specifically Age of Empires II, have saturated all possible civilizations for their respective time period.

Although this does not conclusively mean that the next game will be set in a more modern age, it proves the unlikeliness that the creators will double back on time periods that have been exhausted in previous games.

Fans have looked everywhere to find clues, including the art book that came with the Age of Empires III Collectors’ Edition. In it is a page teasing the look of civilizations spanning from AOE I to III and even beyond. The fourth panel features a man in green military uniform holding a rifle, while the fifth has a man suited up in a shiny, futuristic-looking combat suit.

If that is indeed a real clue to what Age of Empires IV could look like, then the upcoming game could be set in the 20thcentury, with planes and rifles finally making an appearance.

However, many refute this so-called teaser, because the art book came out back in 2005 when Ensemble Studios was still at the helm. Now that Relic is in charge of the new game and over a decade has passed since, it wouldn’t be a surprise if the current developers have a different vision.

A more conclusive source of clues would be, again, the 2017 announcement trailer. Charles Dance’s narration about the rise and fall of empires isn’t just an added complement to the epic concept art and orchestral score. 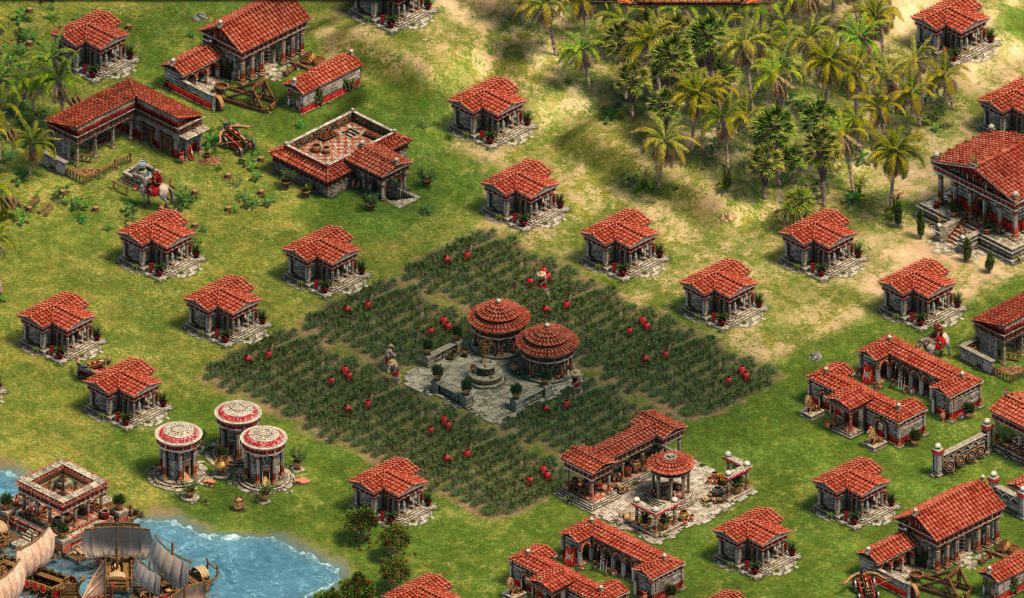 Hinting at the possibility of a modern age are the closing lines, “Together we have battled history. Now, a new age is upon us.”

To some, that suggests a step forward in time, but to others, it’s a stretch. After all, a “new age” still sounds like a vague term on its own. Unfortunately, we’ll just have to wait and see.

As previously mentioned, Relic Entertainment has been taking their job very seriously. Back in 2017 when the game was just announced, they posted an upbeat message on their official blog. Its contents briefly mentioned the gameplay, with an acknowledgement of their strengths as a studio in fusing accurate history with deep strategy.

This refers to Relic’s resume of fantastic games with great gameplay, such as Warhammer 40,000, Homeworld, and Company of Heroes. This track record shows that they most likely will not disappoint.

Although this is the first time that a main installment of the Age of Empires series will not be helmed by Ensemble, its original creators that disbanded in 2009, the community remains hopeful, knowing the game is in good hands.

Aside from an upgrade in graphics and user interface design, Relic is also expected to appeal to both single players and online multiplayers, as the previous Age of Empires installments have.

We have yet to see how a change in developers will really manifest, but it’s safe to say that Relic will heavily base on the original. The gaming community can be a very critical one, and Microsoft is aware of this, with Spencer mentioning the attention they’ve been giving to fan feedback.

Time To Prepare A Windows 10 PC

When it comes to the platform, there is a straightforward answer: the release will solely be for Windows 10 PCs. That much is clear from the announcement back in 2017.

So, all fans looking forward to the game better make sure they have one at their disposal, or maybe upgrade an older version to Windows 10 by 2020.

However, because Microsoft is the publisher, releases for Xbox One platforms, like Xbox One X and Xbox One S, are a possibility. This isn’t confirmed, but it’s a much-speculated scenario. And due to competition among consoles, releases for PS4 or Nintendo are unlikely.

The Age of Empires series is one that comes with thick nostalgia for the earlier days when building and sustaining an empire from scratch seemed an incredible feat despite the pixelated graphics.

Microsoft and Relic have a huge responsibility to both stick to the existing strength and charm that the original games have and offer novelty and improvement to bring in a new generation of players.

A quick look at the lively comments section of the Age of Empires IV announcement trailer shows just how hungry the community has been for the game. In fact, a lot of people have jokingly called the past two years the Age of Waiting, as a play on the game’s title.

Some of the waiting has been abated with little tidbits here and there, one being The Witcher 3 composer Mikolai Stroinski’s announcement on Facebook last January that he'll be composing the soundtrack to Age of Empires IV. Many have taken this as a sign that there’s been progress in game development.

For the avid fanbase, this is only barely enough. A Reddit dedicated to news about the game is full of fans who have mixed emotionsof happiness for the renewal of the franchise and annoyance at the stupidly early announcement.

Others have suggested the developers add more villagers so that the game would build faster, a reference to gameplay. Some joke that they might be grey-haired by the time the game is done and, at that point, have to play it with their grandson and his wife.

Hopefully, we’ll hear about the long-awaited Age of Empires IV and see another trailer before it comes to that. With Spencer and Isgreen’s statements confirming a proper reveal this year, it seems the Age of Waiting will soon come to a close.

For now, we’re free to revisit the trailer as many times as we want— half of the 10 million+ views are probably fans rewatching anyway.

How Much Does RAM Affect FPS? (Simple Answer!)

New Uncharted Game Once in the Works, Report...

Death Stranding Deserves to be Played on PC....

Metal Gear Solid PS5 Collection Could Be in...