A Tactical Guide to de_overpass: Positions, Grenades, and Strategies 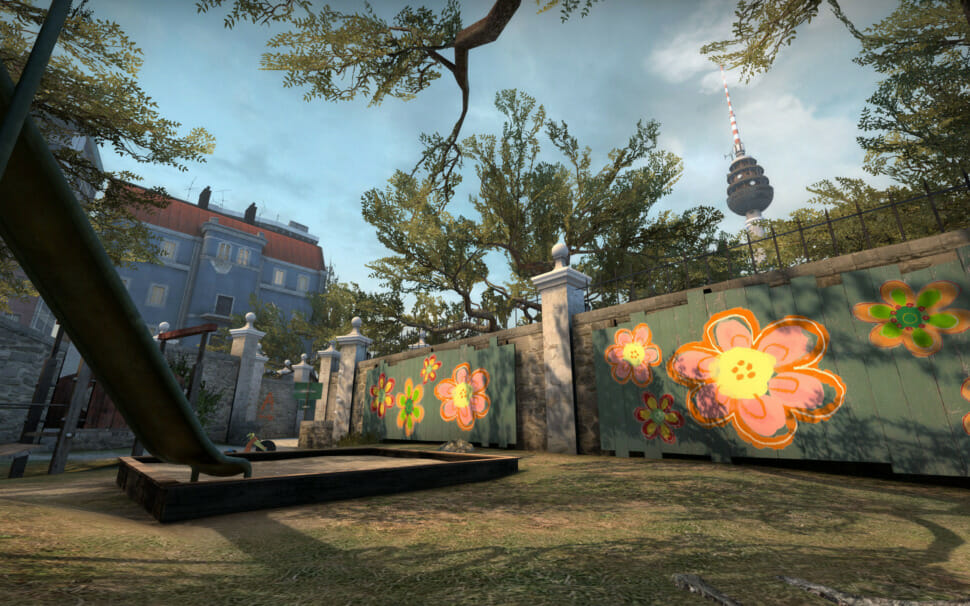 The overpass is one of those sprawling maps that can be played in many ways.
A well-thrown grenade or correctly communicated information can be what propels you to
victory. In this episode, we'll go over the two basic setups for CT, and show a number of
grenades that will come in handy for your team when attacking behind the T.
Before we get into that, though, I'll remind you that you can click here for previous episodes in this series: Dust2, Cache, Mirage, and Inferno.
CT PAGE
There are two main ways to play the CT side on the Overpass map. Each round you can
choose between 3B + 2A or 3A + 2B.
Bombsite B is much easier to defend because it offers little room for terrorists to maneuver,
it's Bombsite A where the bread is broken.
Players defending A are forced to cooperate and help each other. The key to this vast space
is to be able to retreat into the platoon and not die unnecessarily solo. There are many different positions that CTs can occupy, but the important thing is that a teammate can always have your back. If you're able to rotate your positions so that the Terrorists can't easily read you, that's just as well. Another important point is communication with your teammates.

You'll be operating in a three-man team here, which means it can get pretty messy too. Proper communication about what you're doing or planning is key.

Without it, it's going to be real chaos that will lead to a lot of disagreements, so think carefully at the beginning of the roundabout about what you plan to do at B Plant.

There are several ways to mix things up. For example, the rotator, who usually plays the "Heaven" position, can drop one of his teammates (via a bag of cement) to see the terrorists coming out of "Trouba" and "Connector". The last player must maintain control of the exit from the "Monster".

A good way to avoid the "Monster" rush is to throw the Molotov first, and retreat afterward. I don't recommend using boost too often, as the terrorists will start to flash and/or perfect it.

A good way to surprise the enemy is to push aggressively and take control of some part of the map. Occupying "The Beach" can sometimes be a great way to gain a significant advantage, as you cut off enemy players and they are then unable to quickly rotate from one side of the map to the other. This is easily accomplished by throwing a pitch into the "Trouba" from the CT spawn. Throwing a molotov from "Jungle" will have a similar effect. All rifler positions in the picture are good. Your main role is to cover your teammate's AWP. Sometimes you can use unusual positions to surprise your opponent, but as always it is recommended not to do it too often or the enemy will expect and prefer you here.

It's always a good idea not to give the terrorists complete control of the map at the beginning of the round.

Delaying their bombsite attack or gaining an advantage can be crucial, and more importantly, it forces the Terrorists to slow down a bit and waste grenades. If you are holding these aggressive positions, make sure you are able to retreat in time, as the Terrorists may come out of the connector and it may not end well for you in the toilets.

A very effective peek for AWP players is from the "Party" because you can catch Terrorists coming out of the "Upper Tunnel".

You can shoot them down from the top of the "Party" wall through your own spout or from below. Your teammate should be ready to flash to prevent your opponent from sniping and killing you before you can retreat to the toilets. Since you don't have the support of a third teammate, you should play it safe and not try unnecessary aggressive pushes, because if you die without doing anything, it will quite possibly mean a lost round.

Always try to change your positions and watch out for the boost that can come from Terrorists. If you do decide to take AWP on B, make sure you're in a place where you can retreat to safety from where you can shoot again.

Three players mean more room to maneuver, player [3] can play unusual positions at "Short" or at "Long", as well as camping around the toilets.

The AWPer goes peeking at the party, where one rifler supports him with a grenade and makes sure that the sniper is not being sniped.

The third player smokes the "Connector" to prevent terrorists from pushing and capturing teammates at the "Party" (This player is also in a very good position to help out teammates at B). However, once the "Connector" smurf runs out, it's a good idea to retreat to a safer position.

Player 1 hides behind a tree while player 2 watches from a rock. When player 2 spots an enemy, player 1 should look away from the tree and get some easy frags for himself on enemies who will be busy shooting with a teammate at the rock at that moment. If the AWPer withdraws prematurely on the plant, it's a good idea to withdraw to more passive positions from "Long" as well.

Useful boosts to use for the CT side: The best thing about this map is when you take control of key points. The more of them you have in your control, the faster you can rotate, giving you a pretty significant advantage over CT. The most important parts of the map are "Connector", "Beach" and "Toilets".

If you have control over these, you can make quick rotations from A to B and vice versa. If you have no control over the "Connector", it means that if you want to rotate between bombsites, you either have to clear the Connector or make a long run through T Start.

The default setup that is most often used is: 1 guarding Long from the Playground, 1 guarding Fountain and Party, 2 are in Connector and 1 covering B preferably from the Beach.

The most commonly used smack on this map is the one on "Heaven". [One way to hit him]. This smoke should be a priority when you attack B. For one thing, you'll avoid any snipers that might be here, but also A's rotators will have to go from "Jungle" or wait for the smoke to disappear. This smoke is also very useful in 1v1 situations, especially for feinting, as the CT will almost certainly turn towards B so you can pass the "Connector" to A.

If your team is rushing B, the player sitting in "Toxic" can be a big danger. You can banish him with this [molotov] on the fly, for example, or if you want to go slow, you can throw this [molotov from the beach]. If you don't have a Molotov, you can use [this boost] to see "Toxic" and kill everyone in its vicinity.

Don't boost too often though, because then the enemy will be waiting for you from that angle and can then easily kill the boosting player and you have no chance to even defrag.

When attempting to gain control of areas on A, there is always the danger that an AWP will be waiting around the corner. This part of the map is heavily dependent on AWP, and CTs should always try to equip one A player with this weapon. If you want to force him to retract his position, either a well-thrown pop flash or a bold will do it. Don't forget to [shoulder peek] on the corners to lure a shot out of a potential AWP player so he will give himself away or even retreat.

One guy should always throw a flash towards the party when coming out of the upper tunnels, as there could be an AWP there with the intention of getting an initial quick kill.

All the New Features of FIFA 21