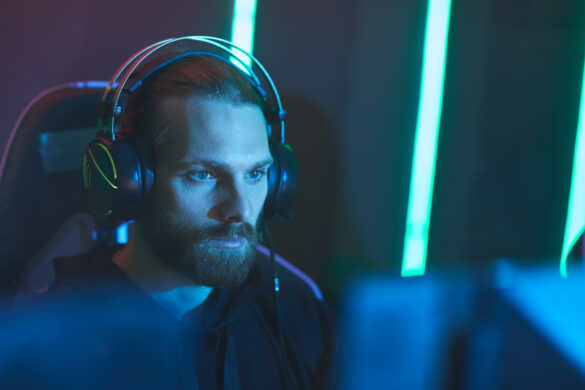 Live streaming is one of the most popular ways to make money from video games. By streaming your gameplay on platforms like Twitch, you can make money from donations, subscriptions, and sponsorships. And if you get popular, you can go a step further by selling merch.

Live streaming can be a lucrative way to make money from playing video games, but it takes time to start up. The amount of money streamers can make almost totally depends on the number of subscribers and viewers. This means that while many streamers are able to make a living off of their channel, new streamers will take a while before making significant income. That said, some of the most popular streamers make tens of thousands of dollars a month.

Professional gamers can make a lot of money from competing in tournaments, obtaining sponsorships and streaming online. The prize pools for major tournaments can reach millions of dollars, with the one of the largest being the 2019 Fortnite World Cup which had a prize pool of $30 million.

But you can’t rely on winning tournaments for your income. Thus, most pros get more stable income from sponsorships and streaming, which combine incredibly well. Many esports teams or notable players will be approached by gaming companies such as Red Bull and Corsair to promote their products as they game. While many pro players also become streamers to supplement their income, and provide their audience with hot tips and clutch plays.

However, becoming a professional gamer requires dedication, skill, and hard work. To become part of the competitive gaming scene, you first need to get good at your chosen game, then you need to start by competing in smaller tournaments. As you improve your skills, you can start competing in larger tournaments with bigger prize pools. You can also join, or if you’re lucky you might be approached by, a professional gaming team to increase your chances of success.

But as image is key, it’s worth having a good presence on social media, including YouTube and TikTok.

By buying and selling virtual items in games like Fortnite, players can make a profit. Over the years, players of various games have made some exorbitant in-game purchases. One of the most high-profile purchases was a limited-edition ‘Sword of the Seven Stars’ in the MMORPG Final Fantasy XIV, which sold for $1,200 USD. Another example was a rare Don’t Starve Together item called ‘Lil’ Toenail’ which was sold for a whopping $10,000 USD. But all that pales in comparison to the vast sales which have happened on Second Life.

While these big numbers are alluring, it can be difficult to make money from in-game sales as it requires a lot of dedication and luck to obtain the rarest items-. To be successful, players need to be incredibly familiar with the game and understand the market for in-game items. With the right strategy, players can make a good amount of money from in-game sales.

Alongside selling virtual items, players can also make money from offering in-game services. Such services include boosting, where a player helps another player progress through a game faster by providing them with assistance or taking control of their account. Boosting can be done in virtually any game, with boosters charging a fee for their services. It can come in the form of levelling up players, increasing players’ multiplayer rank/stats or overcoming tough challenges. Players can make good money from boosting services, but it requires some serious knowledge about the game to make it into an effective business.

ElDorado.gg is a gaming platform that allows players to safely provide or obtain boosting services, by securing payments and building booster reputations through reviews. It offers boosting services across most online games. Be it Fortnite boosting, World of Warcraft boosting, Rocket League boosting and many more.

To become a booster, you first need to create an account. Once your account has been approved, you can start offering boosting services in the game of your choice. But before you start providing services to customers, it’s best to be very familiar with the game you are boosting.