Death Stranding Deserves to be Played on PC. Here’s Why 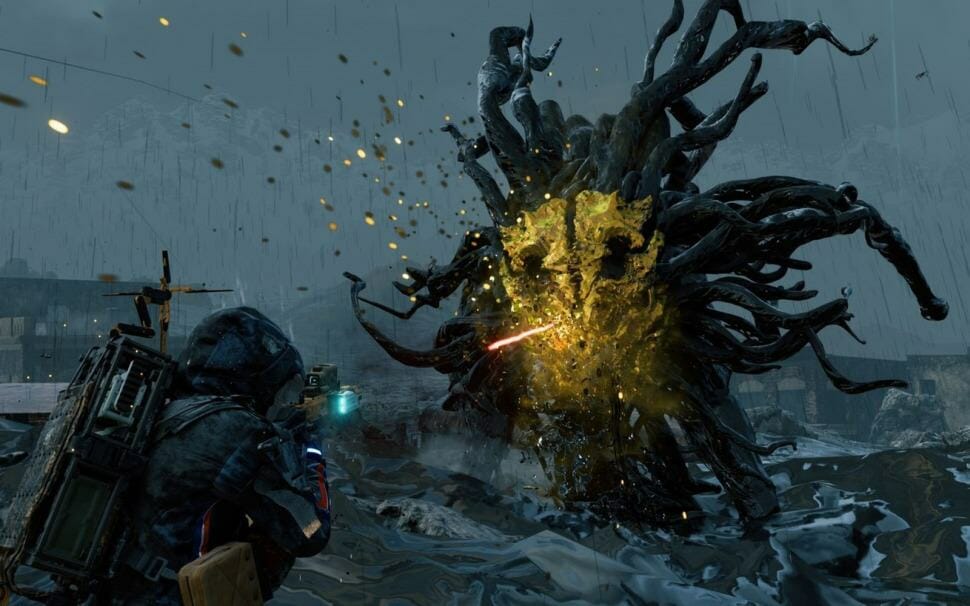 It is no secret that Death Stranding achieved widespread critical acclaim on release. Though its player base mostly enjoyed the experience overall, for some, the fetch and carry structure did not sit well. Not an accurate insight for all. As so often is the case.

For those that bought into the game, however, Death Stranding was a bold visionary achievement and a firm nod to Hideo Kojima's artistic talents. Thus, cementing Hideo's status as an industry auteur.

Released initially as a timed PS4 exclusive, Death Stranding has finally made its way to PC. But this time around, the experience appears to be better suited to PC players compared with the PS4 version.

It is, of course, small margins. And the same game, at its core. Despite that, some noticeable improvements seem to bring it more in line with Kojima Production's initial vision of how it would shape up, so today; we examine what exactly makes Death Stranding on PC a must-play.

Table of Contents:
Performance and a Softcap of 60fps
Death Standing on PC & 21:9 Support
Death Stranding on PC: Our Verdict

Performance and a Softcap of 60fps 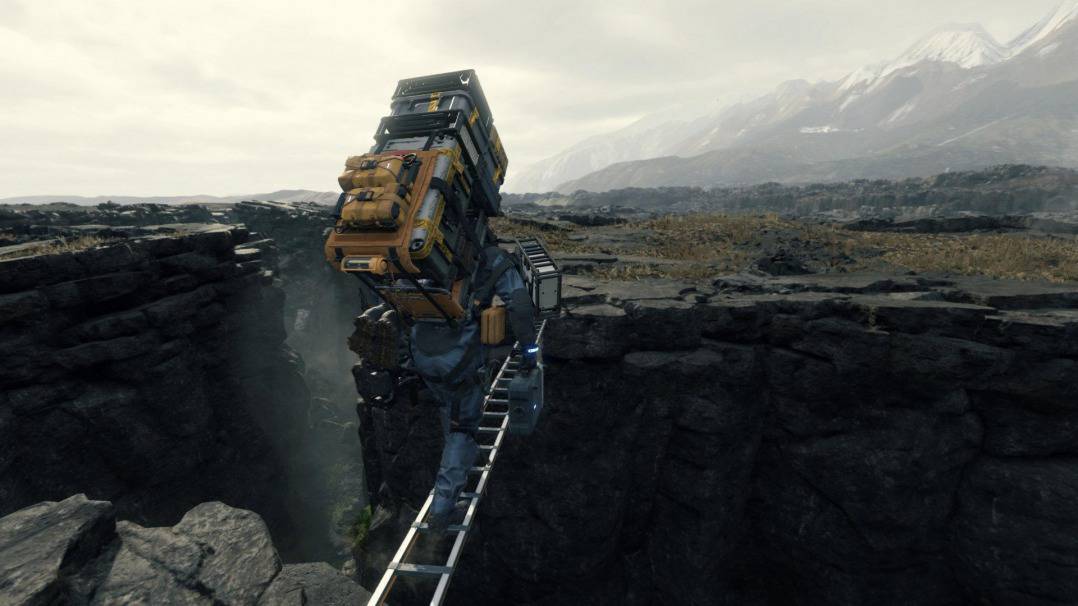 Often what sets PC games apart from those on a console, is the gap in performance. For many years, consoles have strived to attain 60fps. That being the gold standard for gaming. Not least so, when it comes to AAA titles.

PC's, depending on the level of hardware, can achieve this without working up a sweat. And in some cases, even exceed that scale, with top-end specs.

In an interview with Eurogamer, Akio Sakamoto, technical director at Kojima Productions confirms that the initial aim was to allow Death Stranding to run at 6O frames per second.

When discussing scalability and the benefits, the PC port has over its PS4 counterpart Sakamoto said, "High frame-rate for sure! As we had originally designed the game in 60fps, this is a feature that I must say out loud! Of course, it is not locked to 60fps, and according to your hardware, it can go much higher."

From the above extract, it is evident the ambition from the start was to cater to a stable 60 fps. During my entire time with Death Stranding, I cannot remember experiencing any severe issues on PS4. Aside from the odd, seldom stutter. Even so, it ran remarkably well. So, the idea that performance comes further improved on PC, is impressive. At least to me.

Secondly, a change in choice of API marks a transition away from Open GL, in favour of DirectX 12 or Vulkan. For those of you not aware, OpenGL is a cross-platform application programming interface used for rendering anything from 2D to 3D vector graphics.

These API systems usually work alongside a GPU, otherwise known as a graphics processing unit, as a means of attaining hardware-accelerated rendering.

Previously, the old Decima engine was working with Open GL, but Death Stranding would push for Direct X12 on PC, as Sakamoto confirmed to Eurogamer.

"We already had the PC version of Decima as a development tool. But concerning the graphics side, to have the performance running as good as on the PS4, we needed to develop in a way that we could utilise the most out of DirectX 12. At that time, not much information was available for DirectX 12, so this was the most difficult part."

So, it seems that this technological shift would allow the developers to maximise performance. That is, without having to alter or jeopardise graphical aspects to much. Perhaps, a luxury, that could not be afforded to PS4 players. To be expected, given the clear hardware limitations.

Outside of that, Death Stranding also benefits from its specs being less demanding than other titles on PC. So, the goal of achieving 60 frames per second while maintaining 4K screen resolution, appears to be a realistic one.

Of course, that is not all. Death Stranding on PC also has the advantage of 21:9 Support. A topic we will delve into a little deeper now. Prepare to have your mind blown.

In an interview conducted by ex-E3 host Geoff Keighley, Yoji Shinkawa and Hideo Kojima discuss the apparent benefits born out of the ultrawide cinematic experience.

"Of course, compared with the PS4 version, the resolution and the frame rate have been upgraded," said Shinkawa. "But the biggest surprise I think that people will get in Death Stranding PC is that we supported the 21:9 ultrawide screen, and this is surely expanding the horizontal perspective to bring you into the game with the immersion and the presence with it."

When further discussing how this affects cutscenes, Shinkwawa states, "I could kind of say that you're kind of watching a TV drama on PlayStation 4 console at the regular 16:9, but this time in Death Stranding PC it's more you get the impression that you're watching a movie at the cinema when using ultrawide."

Death Stranding on PC: Our Verdict 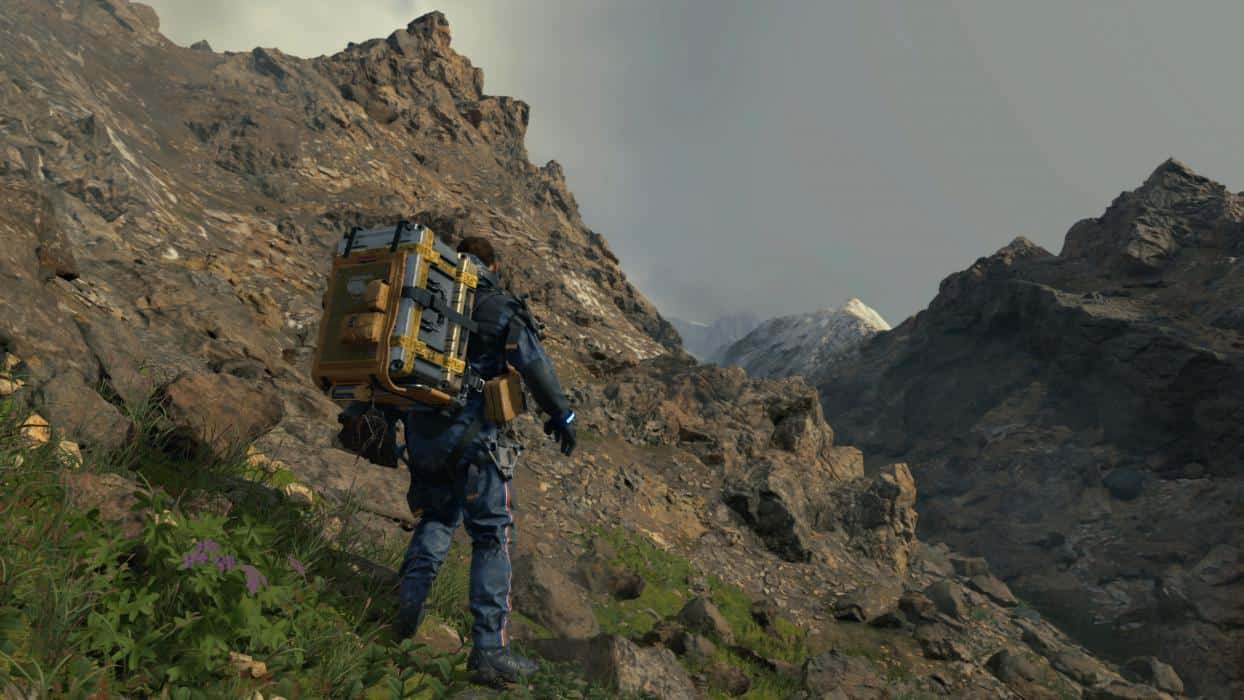 In short, whether you are playing on console or PC, Death Stranding is a superb game. On a cinematic level, Death Stranding symbolises the kind of polish and presentation reflective of Kojima's brand. In contrast, the gameplay shares explorative value, via a series of complex systems.

Whether you get on with the fetch and carry quests or not, it is hard to argue against the games alluring visuals and innovative mechanics.

These facets are not uncommon for a Kojima title. But if you want the best experience, perhaps PC is the way to go.

Some say that console exclusivity will soon be a thing of the past. And that timed exclusives are the way of the future. Others suggest that as time goes on, most games will merge as cross-platform releases. As a result, each game space will share identical titles.

As is so often the case, only time's flow will dictate the nature of events.

What do you think? Does this spell the end of true exclusivity? Or are timed first-party titles a more likely outcome? We want to get the impressions of you, the gamer. As always, all ideas are welcome. So please send us yours via the comments section.

Thank you. And until next time, good luck, gaming!