In this post, we compare two of the best key finders available - Trackr Pixel vs Trackr Bravo...

Who says technology has to be complicated? The most important feature of any gadget is that it either solves a problem or improves how you do things. Key finders are not too complex compared to other technology, but they certainly are a huge help for people prone to losing their keys.

Forget about turning the house upside down looking for keys or missing appointments because you cannot switch on the car. TrackR Bravo and TrackR Pixel will help you avoid this problem.

What Is TrackR Bravo? 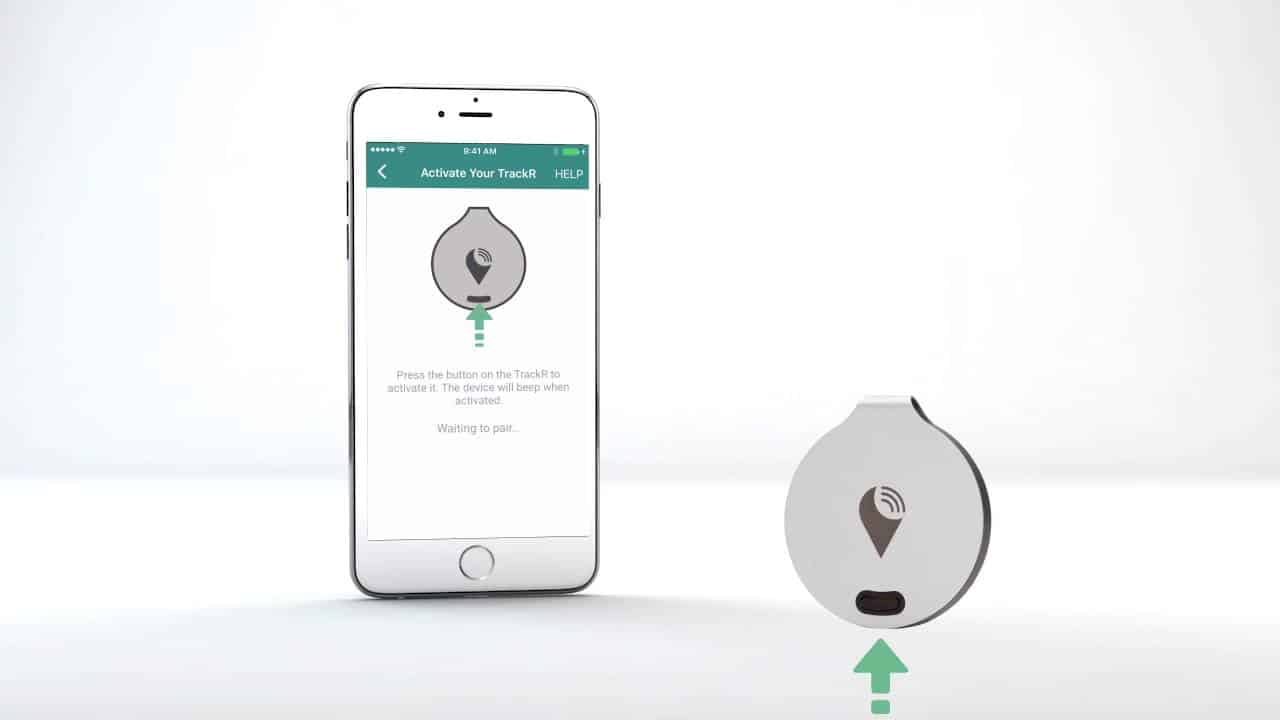 This is a small device, just as big as a coin, which can be attached to the keychain (or anything you want to easily track). It works with a mobile app so that you can use your phone to find the TrackR (and whatever is attached to it). You can also make it ring so that you can search for it. Beyond that, it lights up so even when it is noisy, you can still locate your valuable keys.

The TrackR Bravo is really small, about an inch in diameter and about 0.14 inches thick. It boasts of a range of 100 feet and rings and lights up when you need to find it. The mobile app that works with it is available on both Android and iOS devices, and the tracker itself is powered by a CR1620. It is available in many colors like black, blue, silver, gold, and rose.

When your keys are too far from you, you can take advantage of its Geofencing features. Plus, it has a family-sharing feature so that other people can gain access to the TrackR Bravo, so you can attach it to shared devices like the remote control or the keys to the family car. Moreover, if you have Amazon Alexa, you can use voice commands to search for your tracker. Even without a TrackR Bravo, Alexa also works with your smartphone, as long as you have the TrackR app installed.

The TrackR Bravo is small enough that it is not a bother but it is there when you actually need it. It is also easy to attach to everything, so you can track any items you tend to lose often. In terms of functionality, it performs its simple function perfectly, so that you can find your valuables in just a few seconds. The alarm’s pitch goes up just in case you do not hear it in the beginning or if you are hard of hearing. It also means you can hear it even if it is buried under pillows or other stuff.

While it is advertised to have a Bluetooth range of 100 feet, it is less in reality. You might find it does not work as effectively beyond 60 or 70 feet. Then it starts to be inconsistent. You might notice that you do not get notifications or have issues with the Bluetooth connection. Once it loses this connection, it is difficult to reconnect it with your smartphone.

Another disadvantage is the delay with the Geofencing feature. An alert should inform you when you are leaving the Geofenced area, but the app alert is at times delayed. This means you might already have left the house before the app informs you that you actually left your keys there. This is, naturally, bad when the main purpose is to prevent you from leaving the keys at home in the first place and being locked out.

Because of these performance issues, the TrackR Bravo is lowly rated, with about 2.6 stars out of 5 (out of more than 500 reviews) on Amazon’s marketplace. Actual customers are mostly dissatisfied with the range and the fact that it keeps getting disconnected and not automatically reconnecting to your mobile phone.

On the other hand, the customers love the fact that the battery can be easily replaced when it is low or out of juice, unlike similar products like Tile. Plus, its small size is another selling point that customers love.

What Is TrackR Pixel? 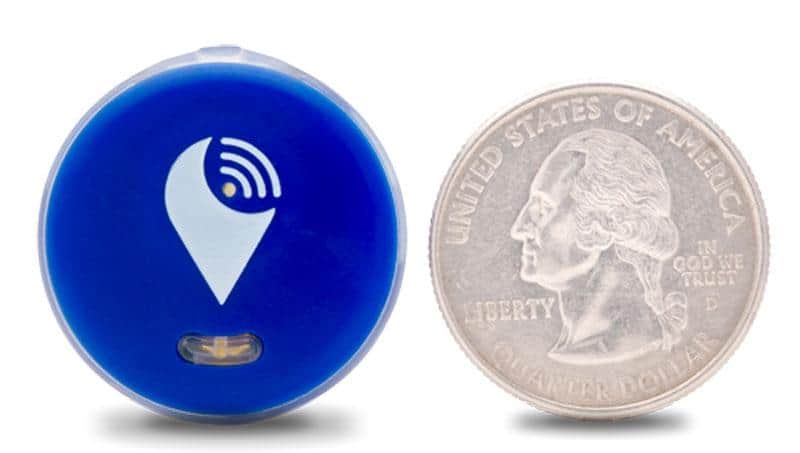 The TrackR Pixel is much like the Bravo, with its main purpose being able to track valuable items like keys. You can also attach it to other items to make them easier to locate, thanks to the loud alarm and the flashing LED lights.

One of the most obvious differences is that the Pixel is even smaller than the Bravo, without offering fewer features. You can also find your smartphone with the Pixel when you are unable to find it.

If the Bravo has a 1.2-inch diameter, the Pixel is 1 inch in diameter. However, it is thicker, at 0.22 inches thick compared to Bravo at 0.14 inches. It is louder, with a maximum volume of 90 decibels compared to Bravo’s 82 decibels.

It has a circular array of LED lights that light up when you are looking for the device, which is switched on using the mobile app. Thus, when your keys are in a dark room, you will be able to spot them much more easily.

In terms of connectivity, Pixel connects to both iOS and Android smartphones via Bluetooth, with an advertised range of 100 feet. Plus, this model works with Amazon Alexa Skill.

The Pixel also functions with a battery that can be changed when discharged, although instead of a CR 1620 (used by the Bravo), it requires a CR 2016 battery. This version also comes with more color choices compared to the Bravo

One ability that the Pixel has (and the Bravo does not) is the crowd-to-locate feature, which allows you to use other TrackR users as a kind of range extender when you are searching for your keys or valuables. Plus, a purchase of a TrackR Pixel comes with a warranty for free battery replacement for as long as you have your tracker. You can order new batteries through the mobile app.

But while batteries might be free, you might find it a bit trickier to replace them, especially compared to the TrackR Bravo. It does not have the swinging arm mechanism to pop the old battery out, so you might have to struggle first before actually you get it out.

Another huge disadvantage is the lower actual range of the Pixel. Compared to the Bravo, it is more likely to get disconnected or out of range from your smartphone. Not only does it have issues staying connected, but it also has trouble automatically reconnecting with your phone once it gets disconnected.

The TrackR Pixel is higher rated on Amazon compared to the Bravo, but not by a lot. It has an average rating of 2.8 stars out of 5, out of almost 1,100 reviews. Users usually comment that they love how simple and straightforward it is to use it. Another huge plus is the Amazon Alexa feature, and the small size is a hit with customers.

Most negative comments on the Pixel focus on the fact that customers’ Pixels broke apart after a couple of months of use. These durability problems are compounded by the issues with reliability and connection. There have been instances when they were not able to track their Pixel, simply because the device is no longer connected and has not been able to automatically reconnect. The lifetime supply of replacement batteries is also an advantage, but the battery might actually outlive the device itself.

What’s The Difference Between The Bravo and Pixel? 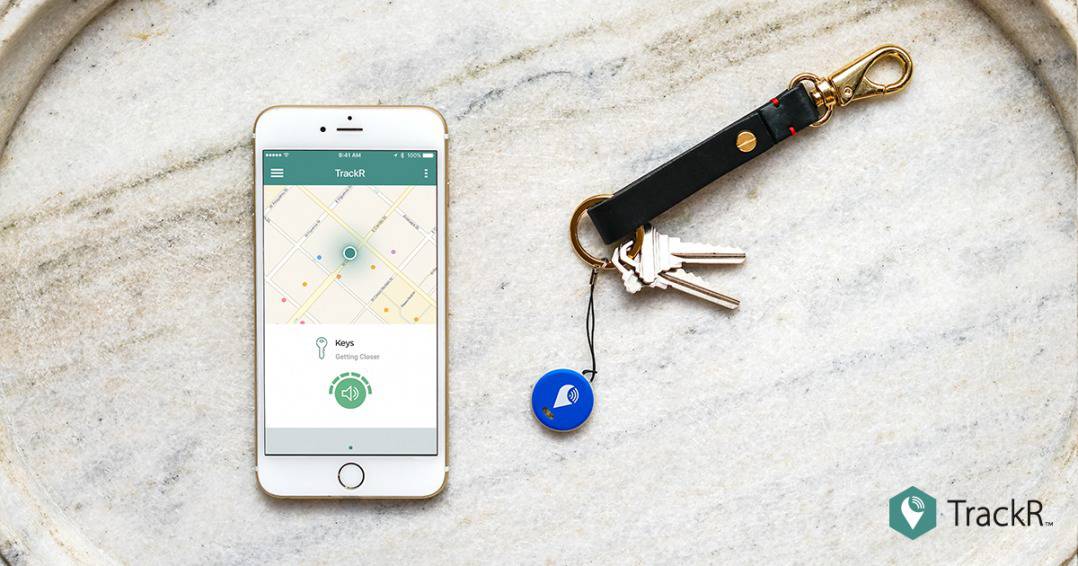 While the 2 devices have very similar features and functionalities, they have their unique abilities. For example, the Pixel is compatible with Alexa Skill, making it super easy to set up. All you need to do is to open the app on your smartphone, follow the prompts to add your tracker, then press a button. This is something that the Bravo does not have. Thus, the Pixel has a bigger chance of working well with third-party apps.

When you lose your Pixel, you can take advantage of the Crowd sourcing feature. This means other Trackr Pixel users can be utilized in searching for your lost items. Their trackers will search for your Pixel and sends signals to tell you its location if it does find it.

While Bravo does not have this, it has its Family Sharing and Geofencing feature (which works like a mix of location services and Bluetooth). It needs improvement, especially when it comes to consistency, but it helps when it does.

Which One To Buy?

With both products packing their own features, is it easier to choose between the two? Unfortunately, there is no clear winner over them. TrackR Bravo is older, bigger, and more expensive but reviews report it to be more reliable compared to the Pixel. On the other hand, Pixel looks nicer.

When it comes to both gadgets, reliability is an issue, although the devices themselves can last very long due to rechargeable batteries. At times, you are not aware that the TrackR Bravo or Pixel has disconnected and failed to automatically reconnect. You might end up finding out only when you start to actually look for it. Because it is not connected, it cannot fulfill its purpose of finding your keys. Both devices are a good buy, as long as you are aware of their disadvantages and learn to adjust to them.