Must Play Video Games 2020: Top 5 Games You Need To Download

What are five 2020 Video games that warrant a play? Well, for many, 2020 will mark a year, most remembered for the catastrophic impact of Coronavirus, and its effects on the worldwide population.

By all estimates and accounts, this year has been one of mass-uncertainty and sadness.

Though that can never be understated or disputed, we have also seen specific sectors of the video game industry, stand up for humanitarian causes. All while proceeding to persevere in the face of adversity.

Following E3 2020's rightful cancellation, and various setbacks to the release schedules of AAA releases, 2020 looked all but doomed. In every sense, destined to fail. Despite the many obstacles that video game developers have faced throughout 2020, gamers globally have been treated to a generous slew of titles across platforms.

Today, we celebrate the year so far, by revisiting five 2020 video games you strictly must play before the year over.

It's high time we got those gamepads at the ready! I hope you are in the mood. But be warned. This list is coming out swinging from start to finish. Never once pulling any punches. 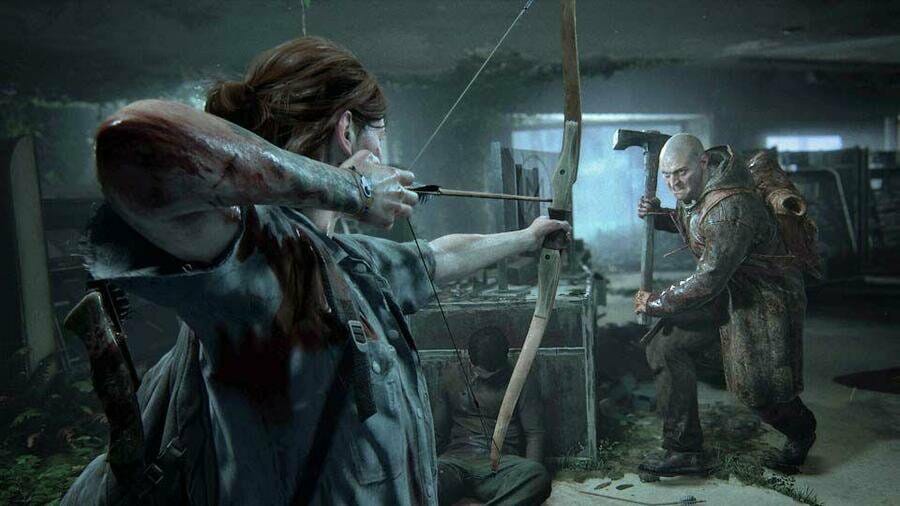 Naughty Dog's much-anticipated sequel to their 2013 smash-hit survival game may have suffered a setback prelaunch, having been struck by a leak divulging critical slices of the core story.

In turn, a portion of the player base seemingly appeared unhappy with some narrative beats. But also, the inclusion of a new central protagonist. Though these two aspects have been talking points since release, in my mind, The Last of Us Part II is undoubtedly a step up from the original.

With a graphical fidelity befitting of next-gen visuals, and a level of cinematic storytelling unsurpassed in the current age, TLOU2 is game that you can't afford to let slip under the radar.

In truth, I could write an entire thesis on why the game is so good. But I think it best you go ahead and experience the gem for yourself.

For me, TLOU2 is without question, one of the 2020 video games you must play before next year. Though not without controversy, I would highly recommend TLOU2 for fans of linear, story-driven games. 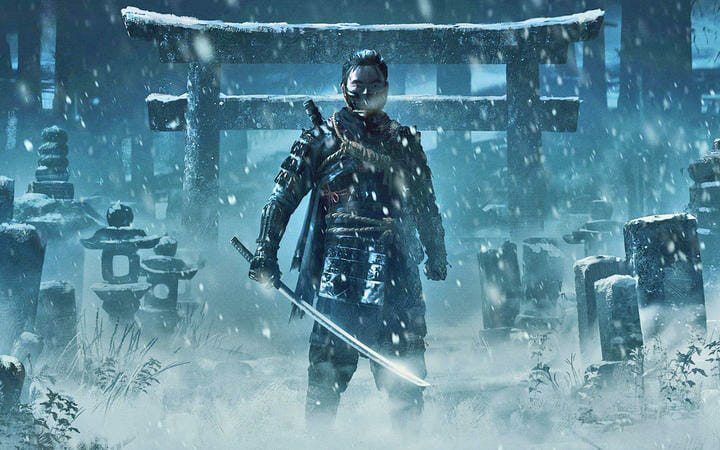 Speaking of Sony exclusives, welcome under the spotlight, and onto the main stage, Ghost of Tsushima. Developed by Sucker Punch Studios, this samurai, action-adventure historically set against the infamous Mongol Invasions, is not only a cinematic treat for senses but perhaps 2020's most significant surprise package.

Blessed with gorgeous visuals, steeped in Japanese culture, and stuffed with epic samurai showdowns, Ghost of Tsushima is the game that keeps on giving.

Plus, if it's purely content you're after, look no further. In terms of sheer scale, GOT is massive in every sense. From the plethora of side quests to pick up including but not limited to Fox Dens and Shinto Shrines to a wholesome ton of collectables to chase down, you'll be plugging plenty of hours into this one, that's for sure.

In truth, I have clocked over 50 hours to date, and still have tons to do and see. Better yet, I don't want it ever to end. And that says something. 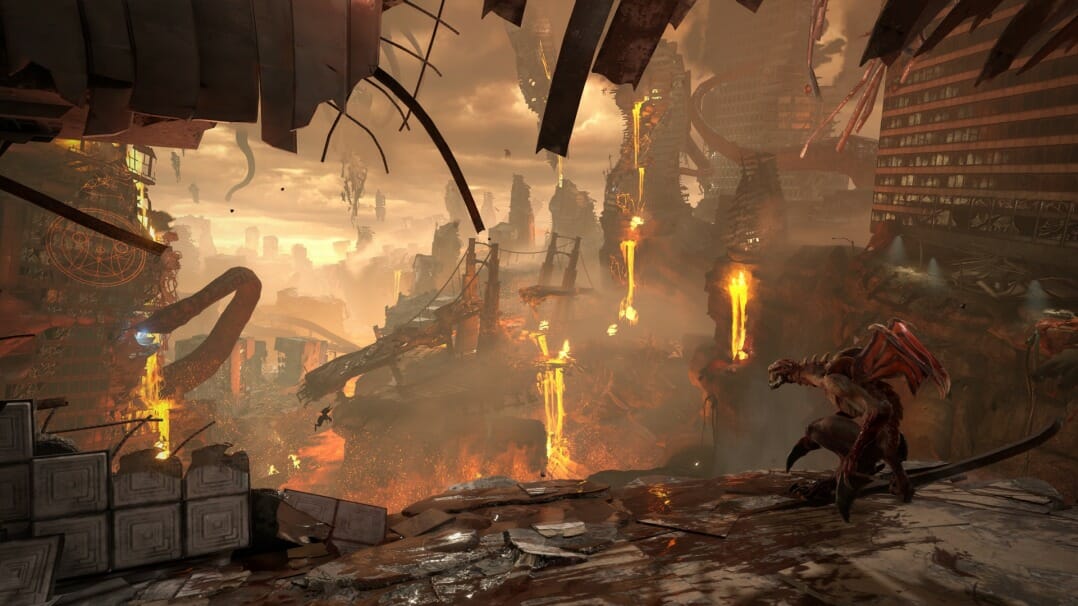 Next up, we have Doom Eternal. The Doom franchise is perhaps one of the most influential FPS IP's of all time. With that in mind, we have iD Software to thank for that winning formula.

Working right off the back of Doom 2016's success, Doom Eternal introduces a ton of new concepts and mechanics. Mainly through the double dash and wall-climbing abilities. Both of which present an all-new element of platforming. Thus, adding an extra sense of challenge to the chaotic carnage of gameplay.

On top of that, a nostalgic batch of collectables that hark back to the franchise's roots, signature kills synonymous with the series. Along with the seamless flow and fluidity of combat, conjure up a gore-soaked thrill ride, that sits as one of iD Software's standout works.

If nothing else, Doom Eternal is, without doubt, one of the 2020 video games worthy of your attention.

Fourth to grace our list is the Final Fantasy VII Remake. Or at least the first entry in an episodic adventure. From my perspective, Square Enix did a marvellous job of retaining what made the opening to FF VII so revered while introducing a wealth of new systems into the fold.

So out with the traditional, turn-based style of combat and in with a dynamic, live-action format. That aside, some of the side-story beats may not sit well with all players. But all in all, high levels of polish and production make this revival, one of the finest examples of a remake in recent years.

If you haven't already, go out and play this today.

Ori & The Will of the Wisps 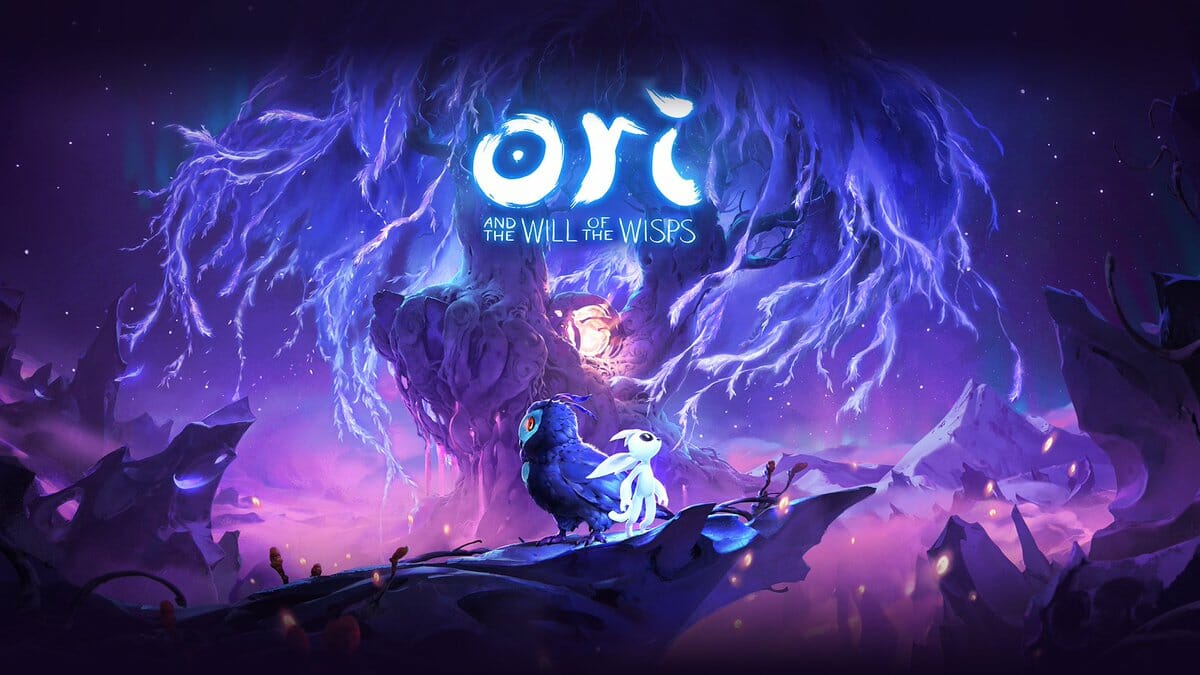 Finishing off this list in refined style is 2020's Ori & the Will of the Whisps. Blessed with a moving musical score, enchanting visuals that take the breath away, and a series of fun platforming sequences, Ori & the will of the wisps, refines, for the most part, much of what made the initial entry so great.

Though the game is not without the odd technical issue, not least so regarding combat, the last entry is certainly one for all the immersion seekers out there.

So, there you are folks—my rundown of 5 unmissable 2020 video games to play. Just missing out on the cut by a slither are Resident Evil 3 Remake, Crusader Kings III, Persona 5 Royale, and Half-Life Alyx.

This list, by nature, is subjective. So, each entry is based mostly on my experience.

What do you think? Did we cover the base games here, or have some slipped below my radar? Perhaps Cyberpunk 2077 will win out before the year completes its cycle?

As always, we want the final word from the gamers of this globe. So, feel free to submit those down via the comments section.

Give just one of these a go. I promise you won't be disappointed.

Input Lag vs Response Time – Which Should...

How Much Power Does a Gaming Computer Use?...

The Ultimate Review Of Best Gaming KeyBoards In...